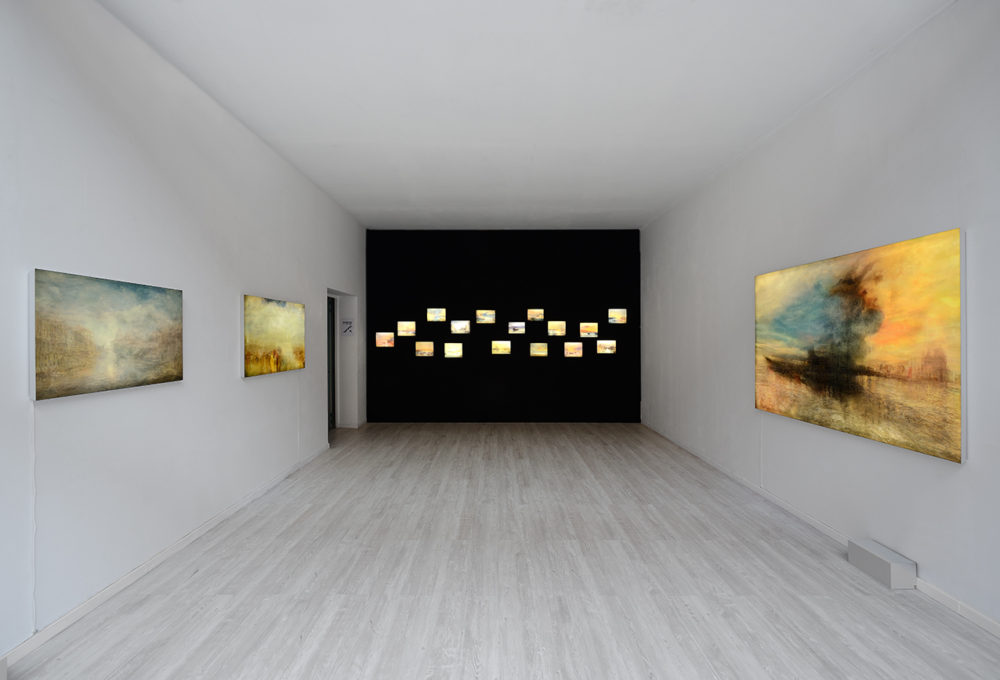 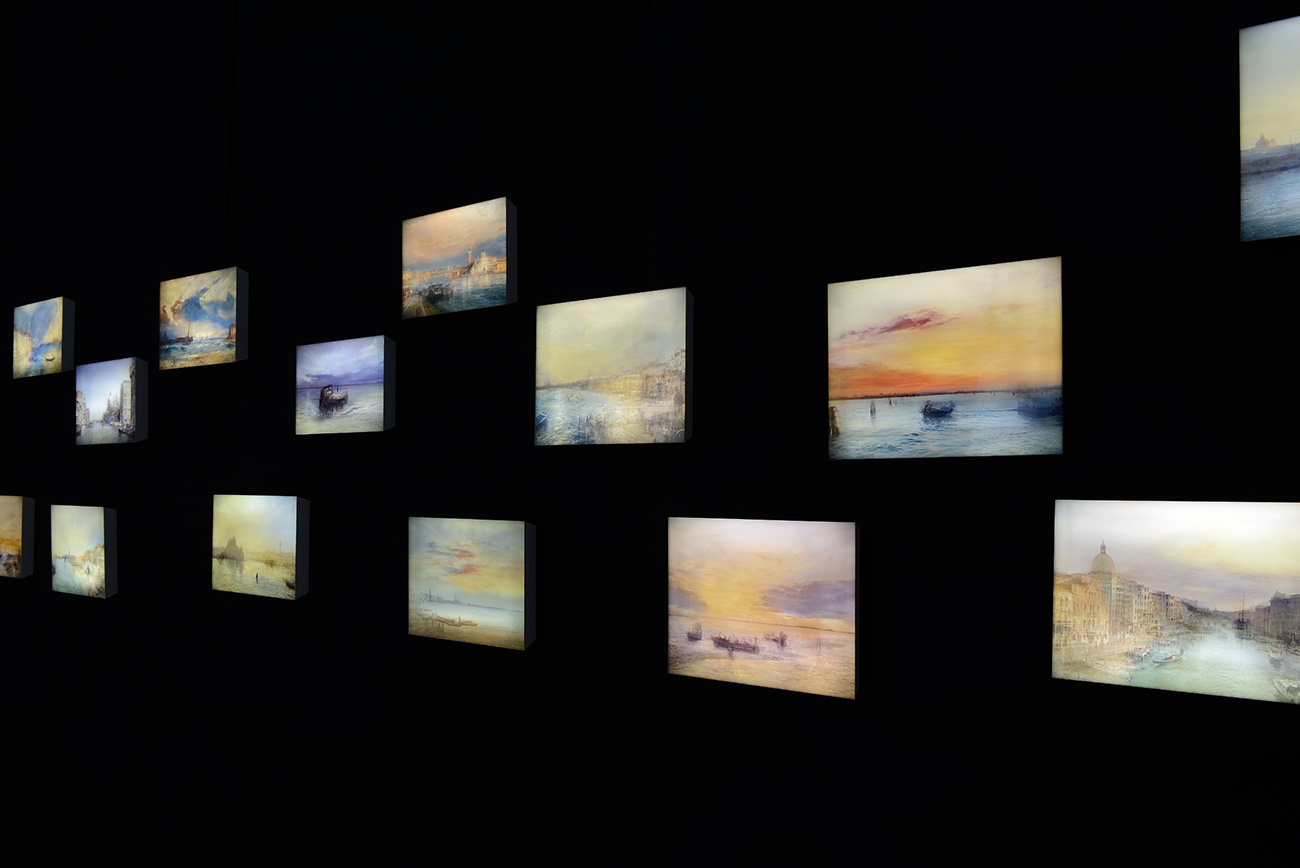 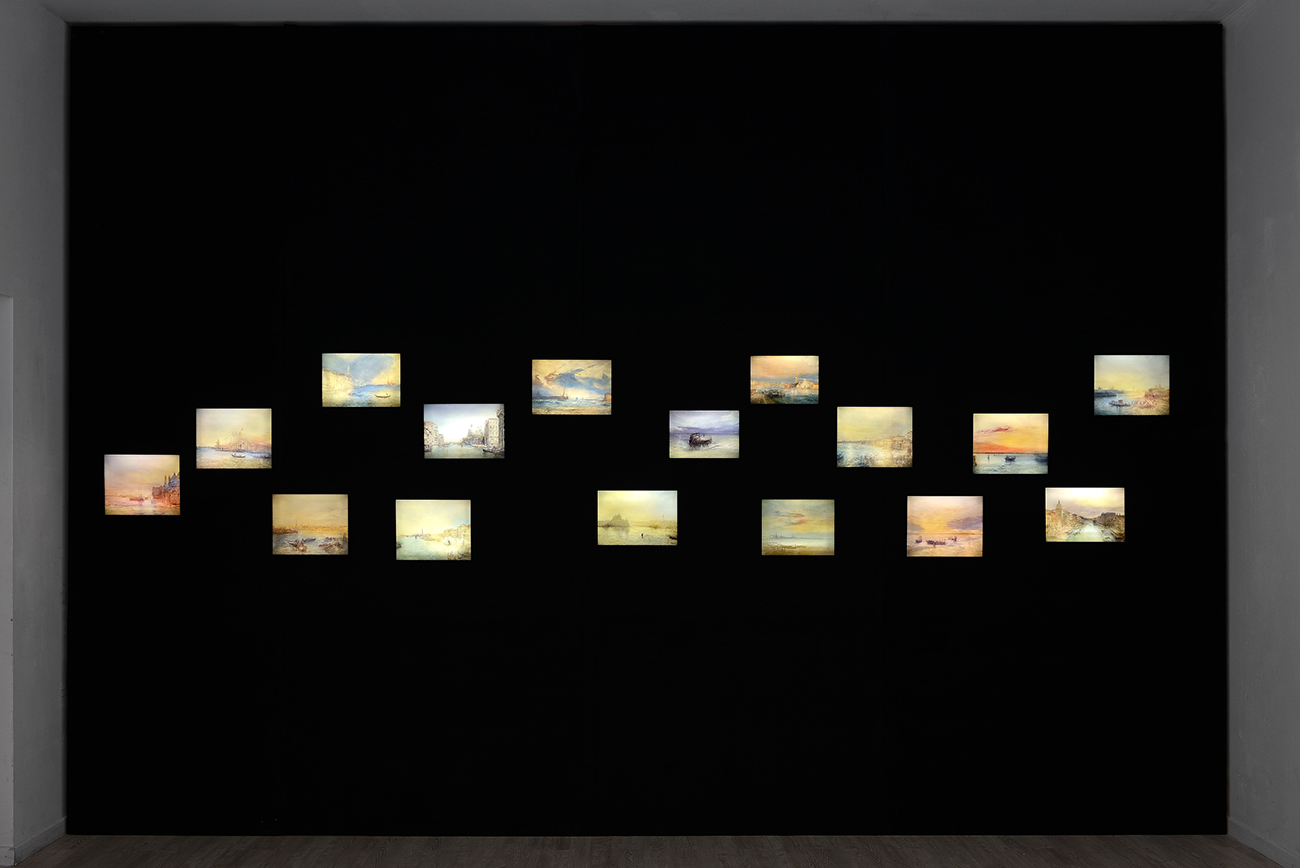 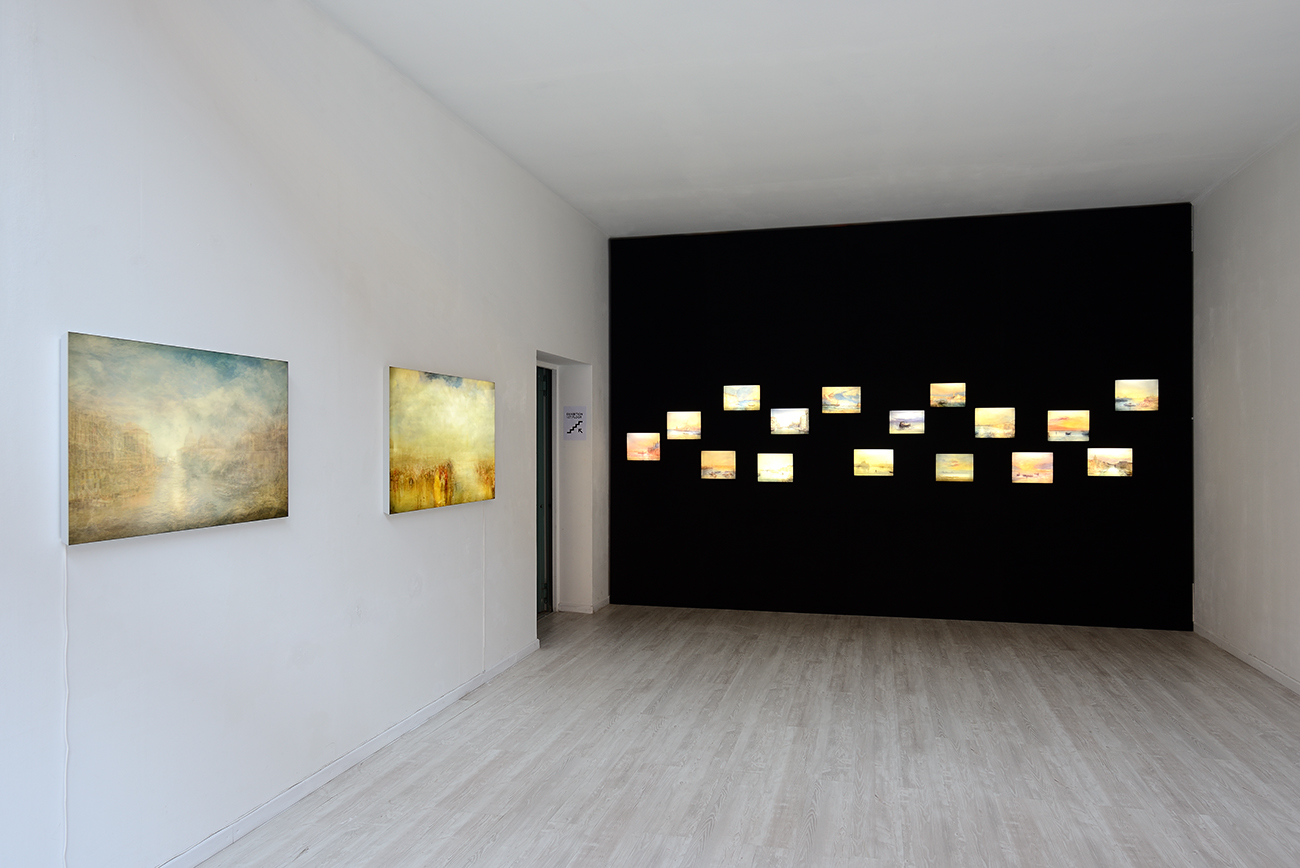 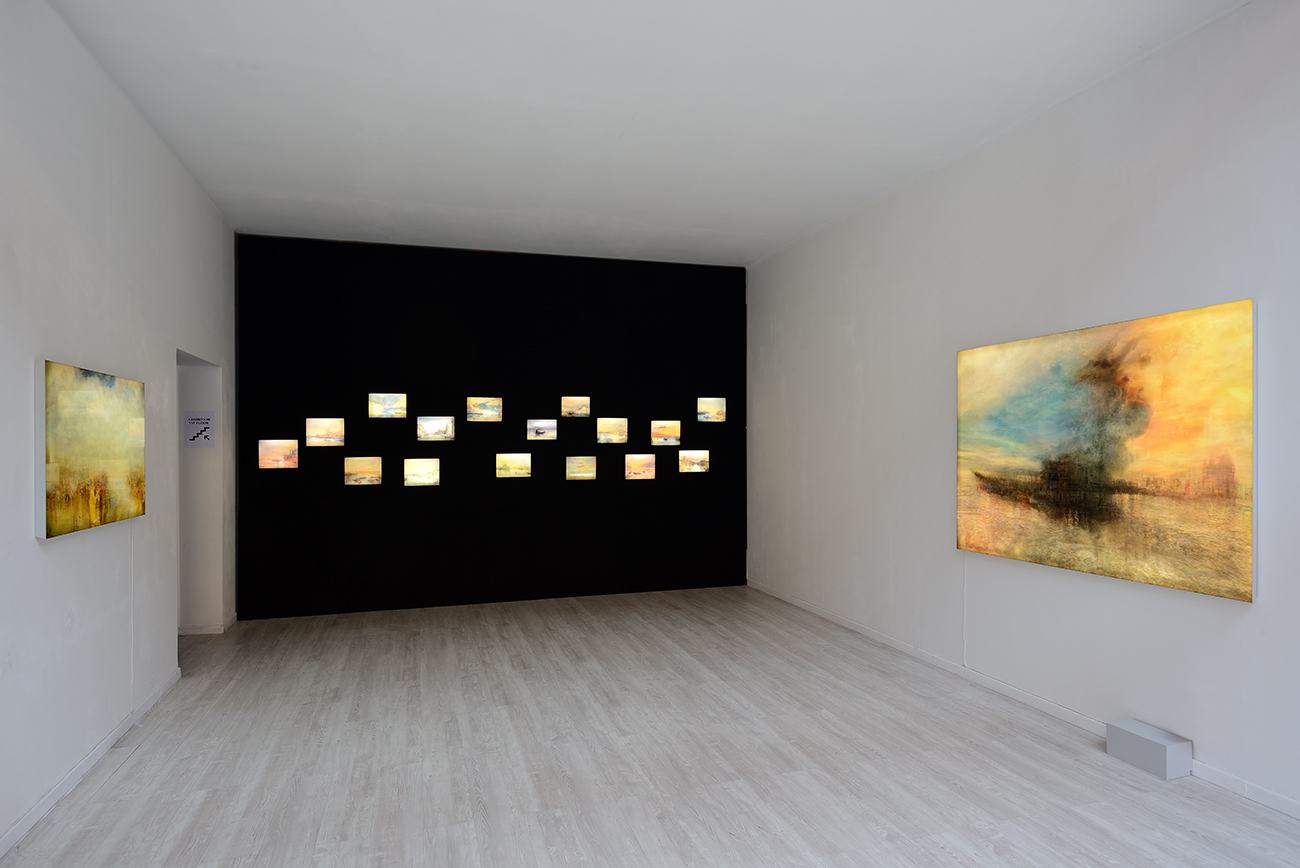 Studio la Città gallery continues in the research it has undertaken over the last decade in the city of Venice by presenting, in conjunction with the 58th edition of the Venice Art Biennale, After J.M.W. Turner 1834 – 2019 is a solo show by the Japanese Hiroyuki Masuyama.

The selected works are inspired by travel painting by Joseph Mallord William Turner, the extraordinary English painter who lived between the eighteenth and nineteenth century. The Japanese artist has succeeded in capturing the sense of Turner’s research with great acumen, attracted to his way of working, his obsession with the mutability of light, the resemblance of many of his sketches with the finished works and his obsessive way of working. Object of his interest are the watercolours and the paintings realised by Turner during his travels in Italy, in particular those in Venice. Masuyama’s work, made up of striking light-boxes of various sizes, represent very complex images, made up of hundreds of superimposed photographic shots, almost like iconographic stratifications: a cultural and linguistic mix where nineteenth-century art, digital photography and Japanese culture come together in a perfectly balanced whole.
Masuyama retraced the stages of Turner’s journey and took photographs, which he then took back with him to his Düsseldorf studio where he observed, studied and worked on a sophisticated process of editing. The result is the “light boxes” on display, which at first glance look like reproductions of Turner’s nineteenth-century paintings, but as one comes closer they reveal other images which belong to today’s world. They are buildings, walls, groups of people, details of ancient statues, today’s cultures, of the multi-ethnic flow of society in constant change over the centuries. The subjects are closely connected: if Turner depicted Rome in his painting, the images will have been taken in Rome. Everything transpires with a continuous reference in which the memory of things emerges in an in-depth study, at the centre of which is time, its passage and its flow.