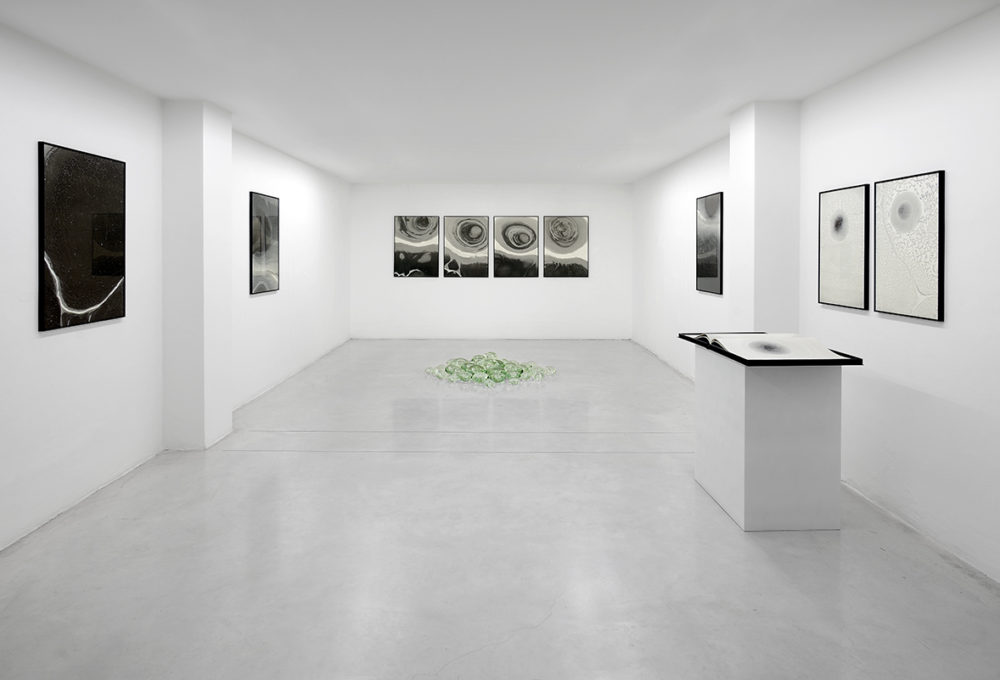 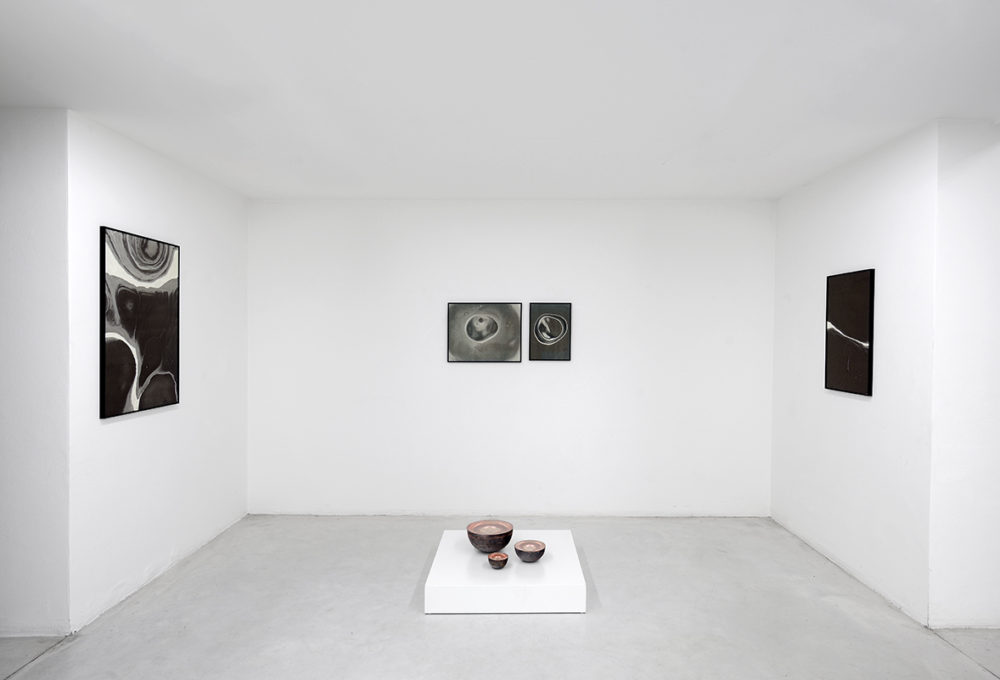 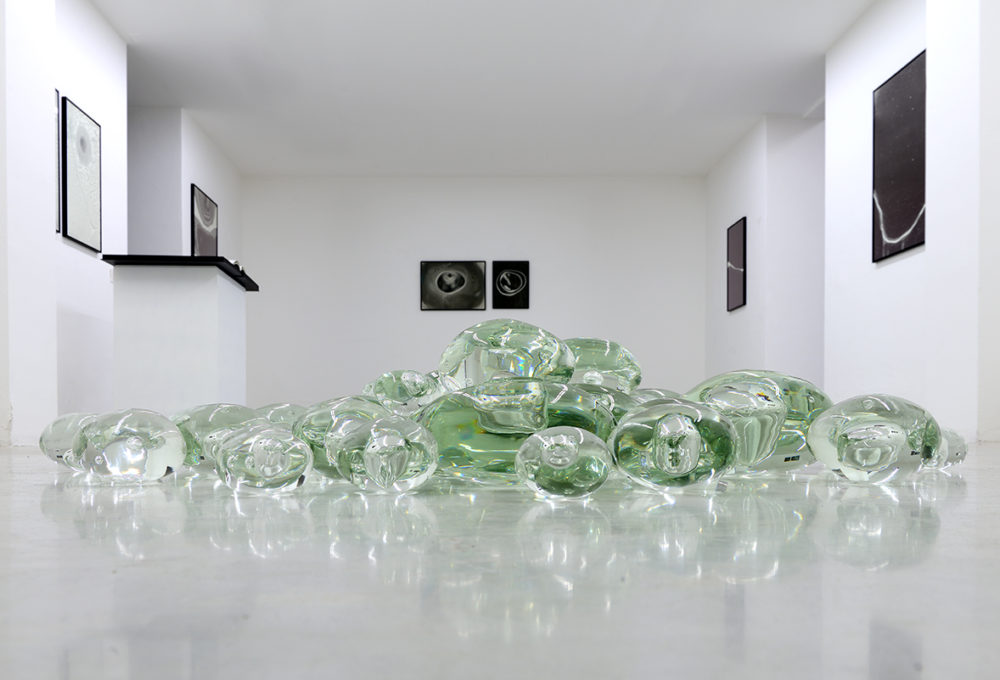 On Saturday 1 December 2018, Studio la Città will be opening a show of new work by Giorgio Vigna, a versatile Veronese artist who is returning to his hometown to propose an intimate and contemplative show installation in the gallery’s project room.

Here, as in the Castelvecchio Museum (where in 2013 the artist was the protagonist of the show Stati Naturali), the dominant theme is water, the recurrent element in all the works on show: from Acque Astrali, stones made from Murano glass, water-like stones that include suspended air to evoke the elsewhere, to Cosmografie, works on paper made with a technique where the ink is dispersed in water to create unpredictable galaxies, and to the very recent Acque, bowls of various sizes with which Vigna explores the possibilities of glass in the mystic relationship between water and fire. For over thirty years material itself has been Vigna’s object for experimentation, and for Studio la Città he has created a show of great tactile tension: it is, in fact, difficult to resist the temptation to touch his works, which seem to emanate energy from their rounded and harmonious surfaces. The artist […] chooses for his work the archaic primary quality – one full of history and strongly symbolic – of silver, copper, gold, bronze, and glass, and he uses them following ancient artisanal techniques where even the simplest gesture, such as that of soldering, becomes precious. (C. Perrella, Cosmologies, Eti Bonn-Muller, Hong Kong 2018).

However, with respect to the previous show in Castelvecchio, in this solo show Vigna has favoured a deeply interior, almost spiritual, relationship with the works on show which are for the most part made personally by the artist in his studio without any external contributions or “contaminations”.

Another reference that plays an important part in the structure of this show is the relationship between space and time, represented metaphorically by the Cosmografie works which, hung on the walls of the project room, open imaginary windows onto the infinite. This concept was made very clear in a 2013 interview with Luca Massimo Barbero: […] My work and my research are on the boundary, the edge, between reality and imagination. Over the course of my explorations, this boundary has opened out to create a suspended space-time where time is subjective and space is imaginary. It is in this suspension that there emerge and become clear new “natural” states of otherwise imperceptible material and form: there weave together large or very small, light and heavy, solid and liquid, cold and hot micro and macrocosms that exchange places and generate objects that, in meeting up with them, also ask for a suspension of prejudices based on the experience of what is already known. (L.M. Barbero, Stati Naturali, Electa, Milan 2013). 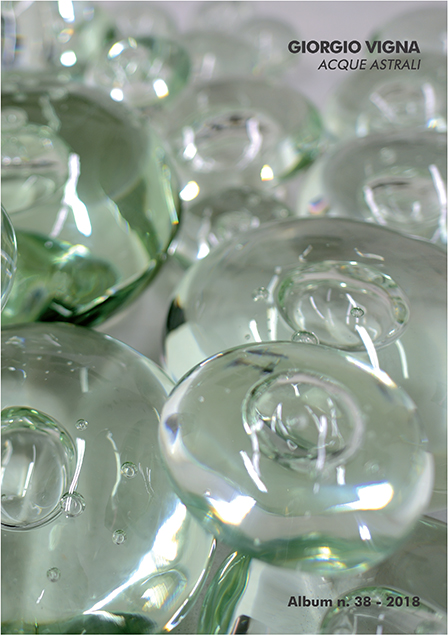