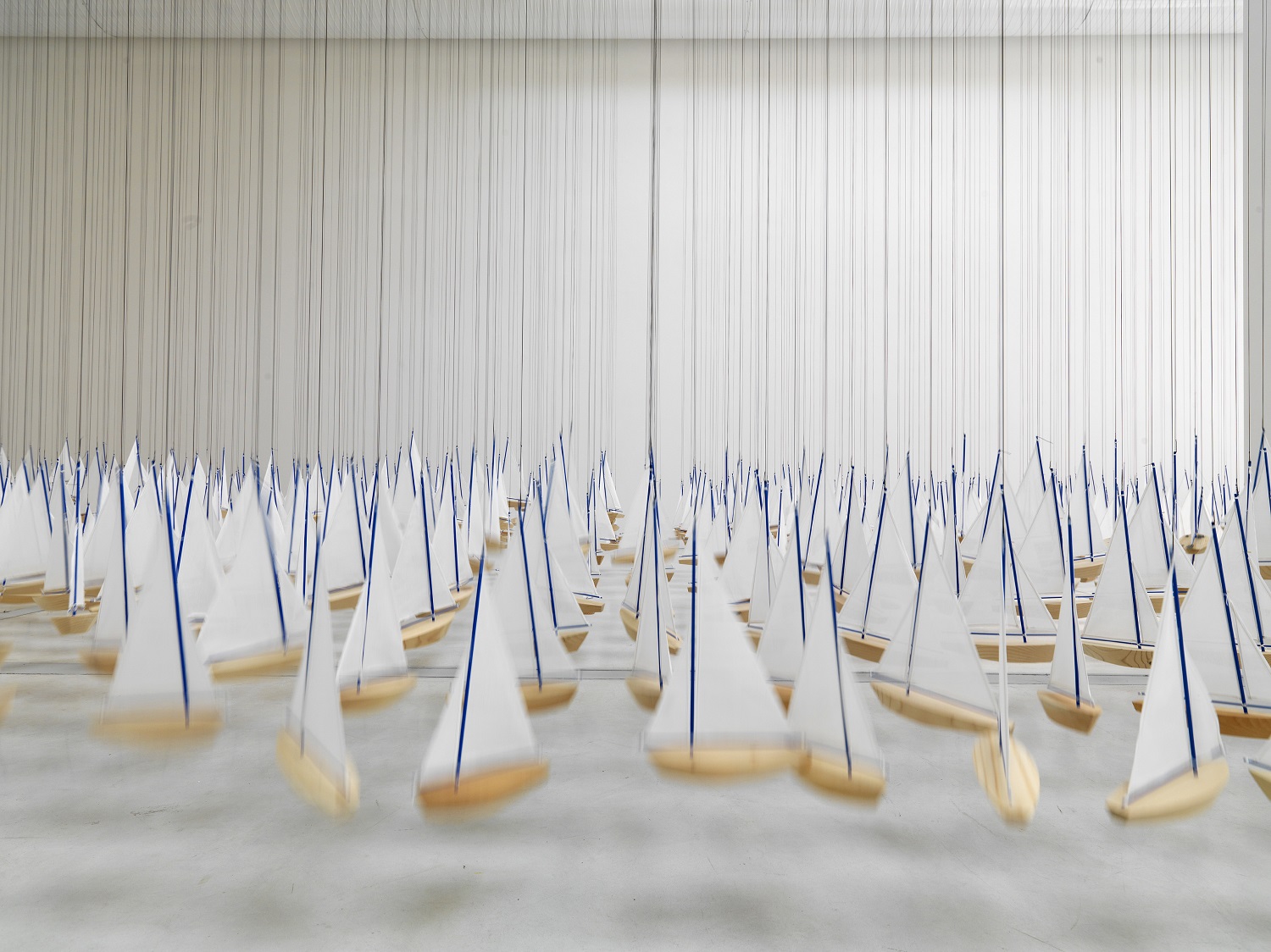 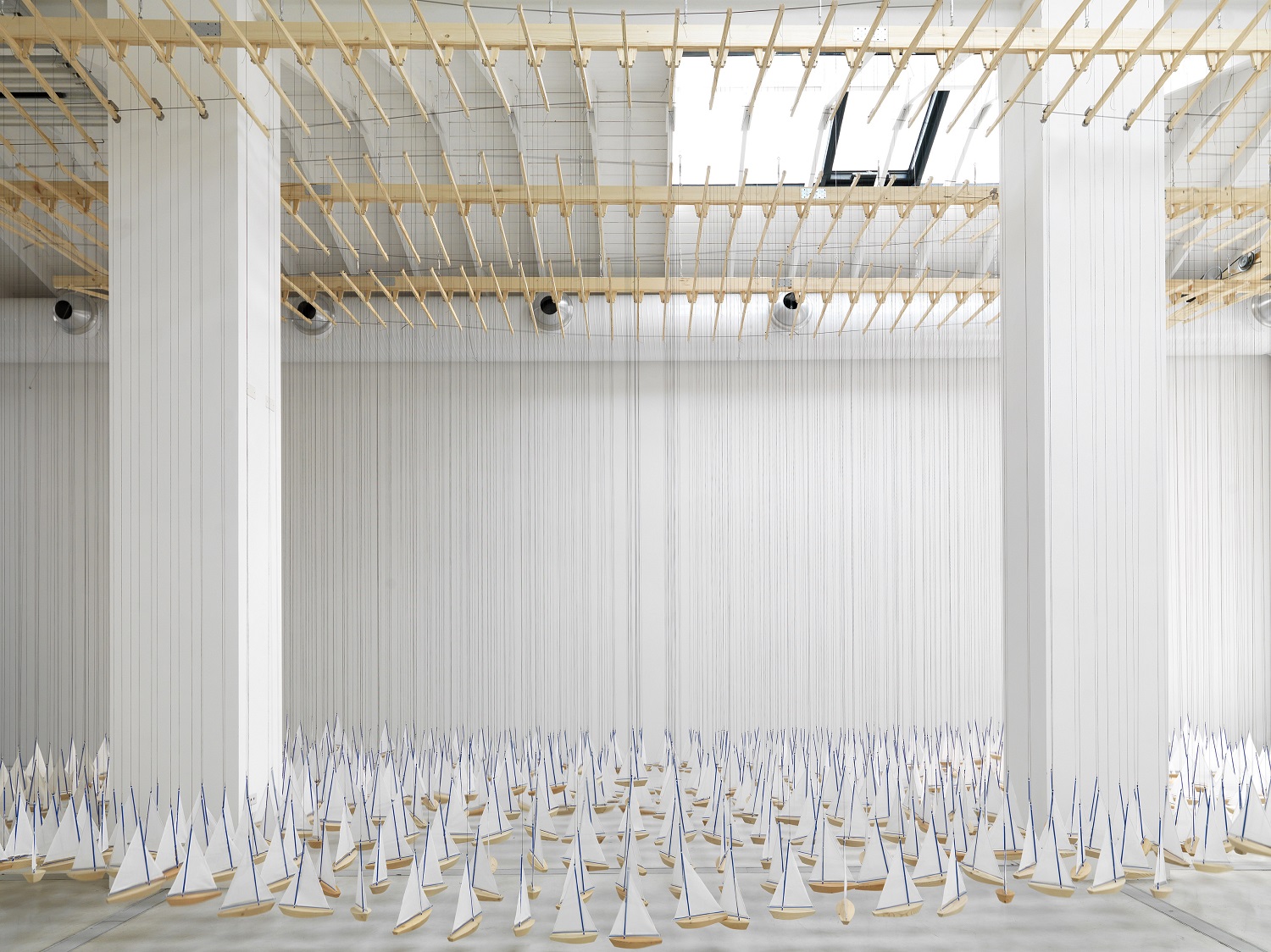 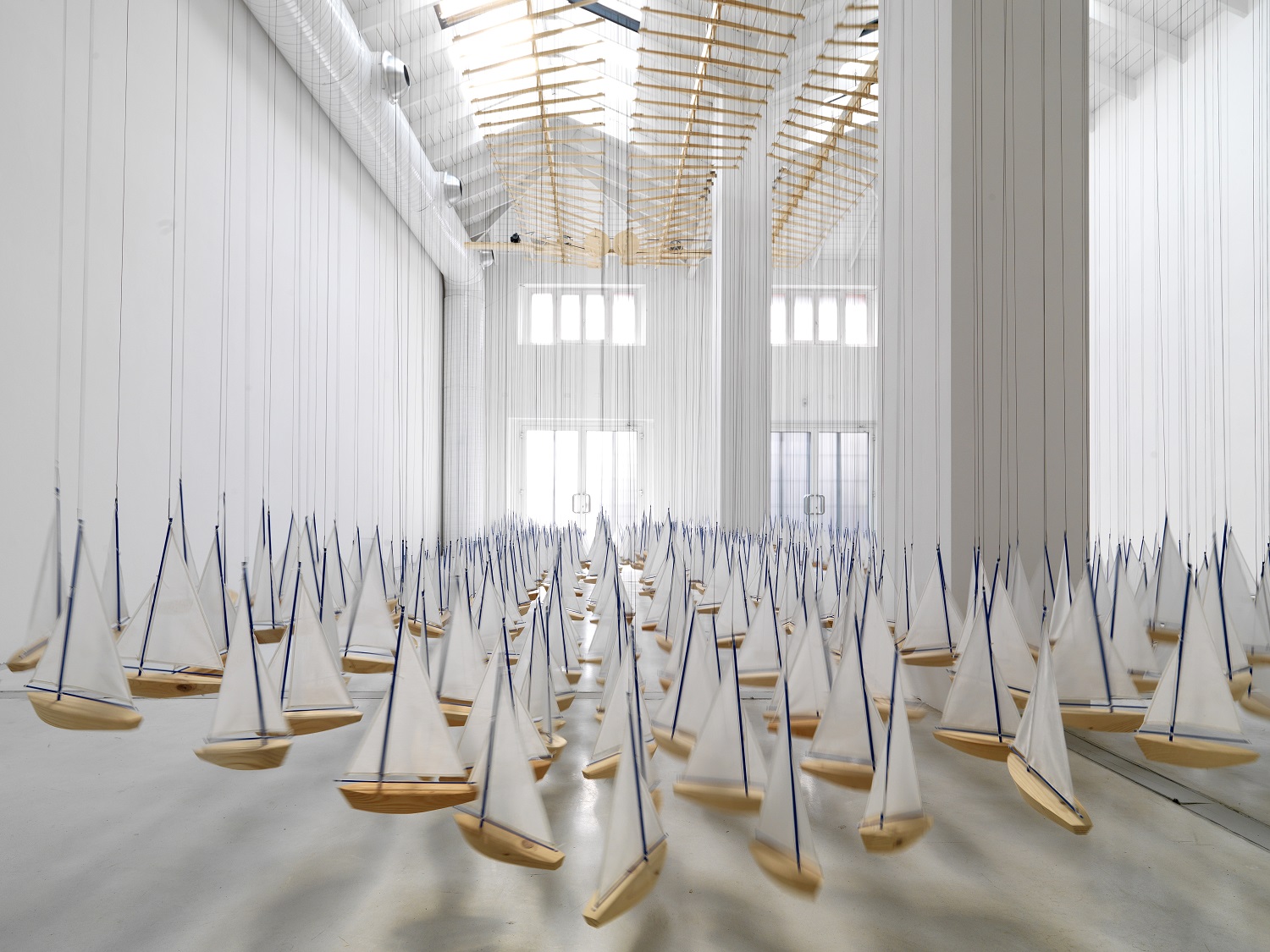 Public art is not necessarily to be found only outside the usual elite venues of galleries, museums, churches, and private homes. But nor is it necessarily to be discovered in open-air installations or in public squares. Because genuine public art is, of course, both public and extremely private and can be installed anywhere.

A prospective city councillor (who else?) for Merseyside has recently said that Antony Gormley’s “Iron Men”, disseminated along a polluted and abandoned stretch of the Irish Sea, should be destroyed: the work’s upkeep is expensive and, anyway, it’s just modern art. The email response of the general public (not the “art” public) has been vigorous to say the least. “This is our heritage”; “It’s fascinating to see how the sea, sand and weather – and also to some extent, the visitors! – interact with them over time”; “They are part of the community now”. This is a moving testimony to the intimate yet public impact of some contemporary art.

Like Gormley, although Jacob Hashimoto often works on a small scale, he mainly works on a large and public yet still extremely intimate scale with works that also become “a part of the community” as well as part of individual experience. And this latest work by him is emblematic.

At first sight it is, of course, abstract, though the usual figurative metaphors for describing it come to mind: cloudbanks, waves, billowing sails. And yet, however tiny, the individual elements are there to see and recognize. In this case they are miniscule boats. Ready to sail up into the air? Why not? Because of course, like all genuine works of art, they can be appreciated in many, many ways. And once the characteristic beauty of Hashimoto’s work has been digested, not as an “extra” but as an inherent part of its meaning, so these other thoughts and emotions also present themselves. Here we are, alone yet together with others, enveloped by these boats breasting the invisible sea around us. Of course this might also be assimilated to such a gospel song as “The old ship of Zion is sailing for home”: the spiritual aspect is certainly present, and the boats might be sailing towards some other place – other than towards us, that is. But these are old and persistent emotions, all the more potent because here they are so airily and lightly expressed.

During the last World War a bomb was dropped near one of the most beautiful buildings in Italy: Palazzo Canossa, Verona. The building was spared, but a frescoed ceiling by Tiepolo was reduced to thousands of fragments. It is whispered that they all still exist in a number of crates in the building’s basement. I doubt that these individual pieces, seen alone, could give any idea of the frescoed ceiling now only to be seen in photographs. Nor could the individual boats of Hashimoto’s grand work which almost resemble small model boats assembled from a kit. But there is a correspondence between his ethereal, intimate, public art and that of Tiepolo. There is no reason to apologize for what is, after all, simply an analogy but, I believe, a highly suggestive and therefore useful one. The eighteenth century has breezed into the twenty-first. 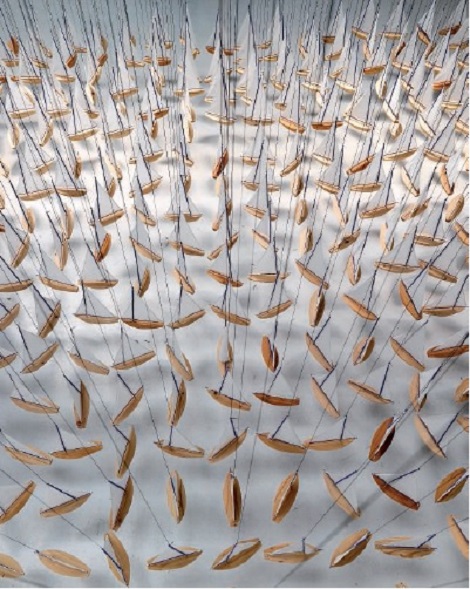