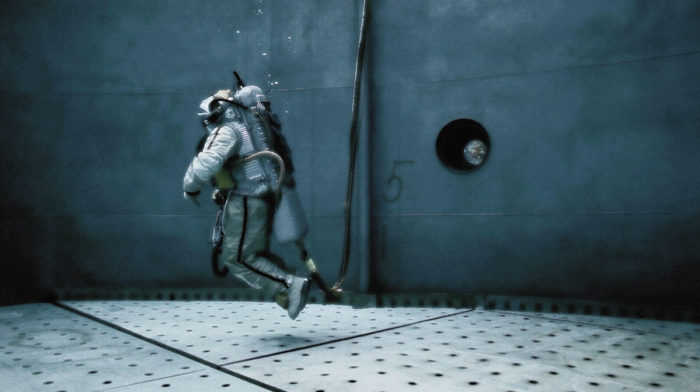 Michael Najjar partecipates at the BIENALSUR 2019 with his highly acclaimed video artwork spacewalk. The work will be part of the program Infinity – works from the Es Baluard Collections, screened at the Centro Cultural Kirchner – CCK, Buenos Aires.

spacewalk explores linkages between space, gravity, and the human body. A cosmonaut glides down into what seems to be an industrial ambience. The sudden appearance of the globe of the Earth through a porthole dislocates the cosmonaut’s environment and interrogates the relationship between real-world and fabricated reality. The cosmonaut’s meta-voice reflects fundamental thoughts about the relationship between space, time, and movement. The text is based on Isaac Newton’s manuscript De Gravitatione, from the seventeenth century. The work draws on a cosmonaut training session taken by Michael Najjar in December 2012 at the Yuri Gagarin Cosmonaut Training Center in Star City, Russia. The artist himself, locked in his heavy Orlan-M spacesuit is performing the spacewalk in the hydrolab, a deep tank filled with five million liters of water. The video was realized in collaboration with Thomas Rusch.