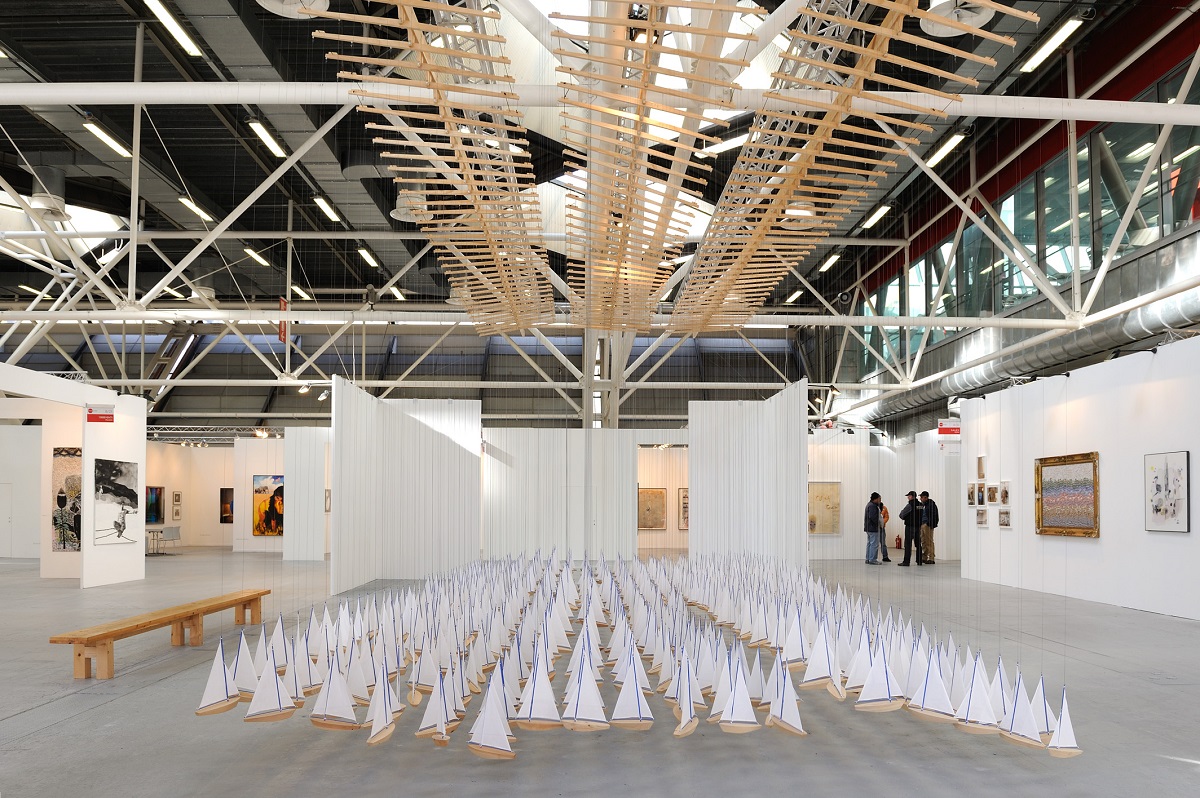 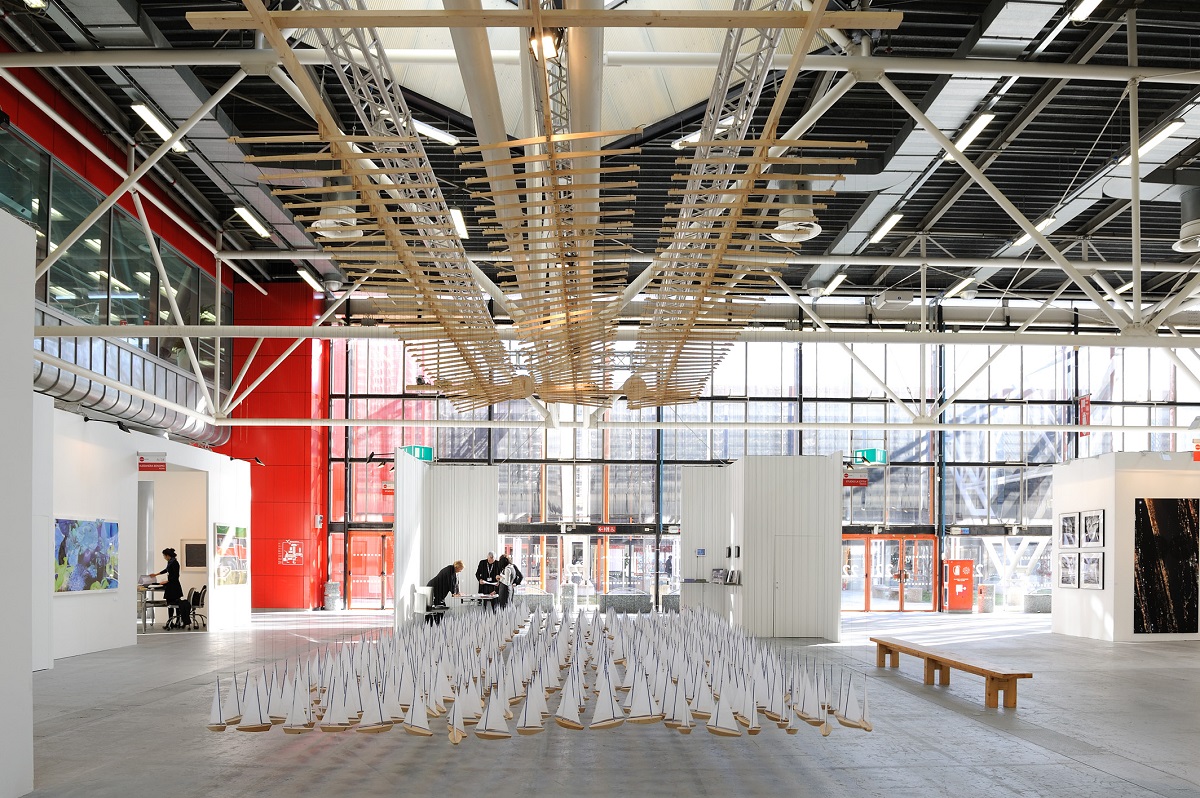 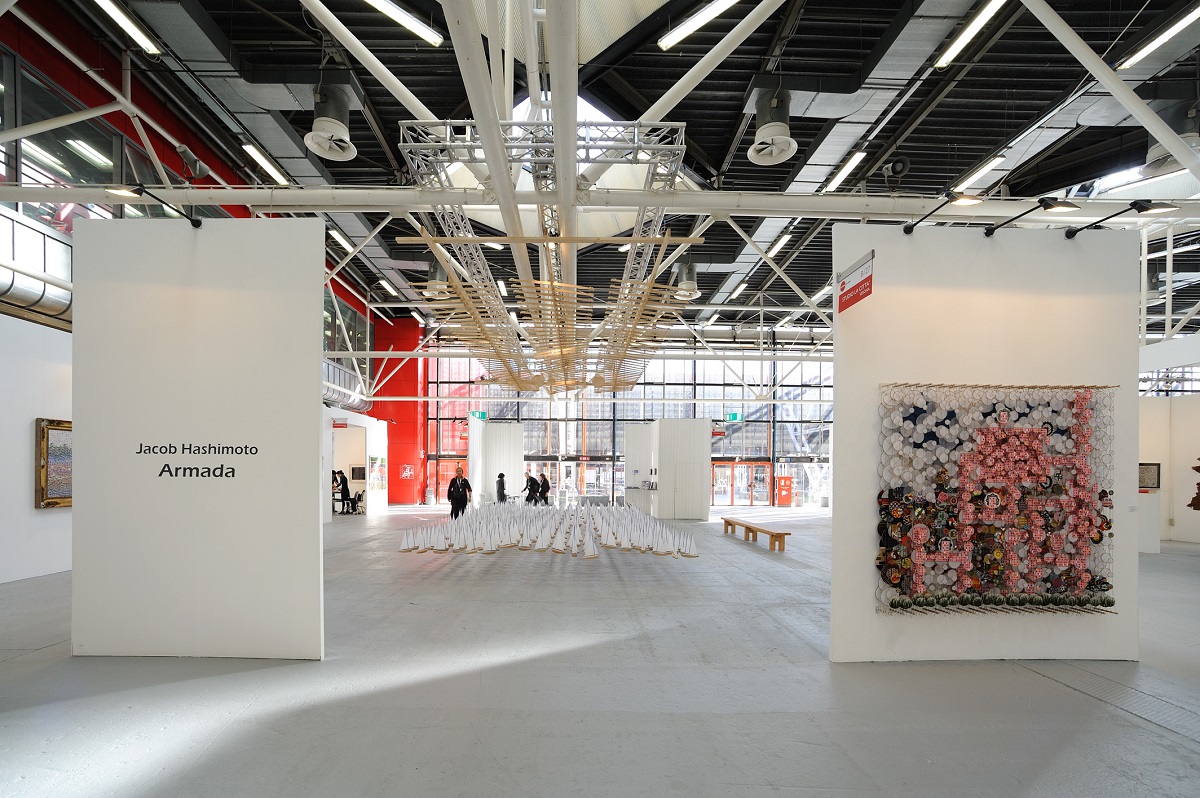 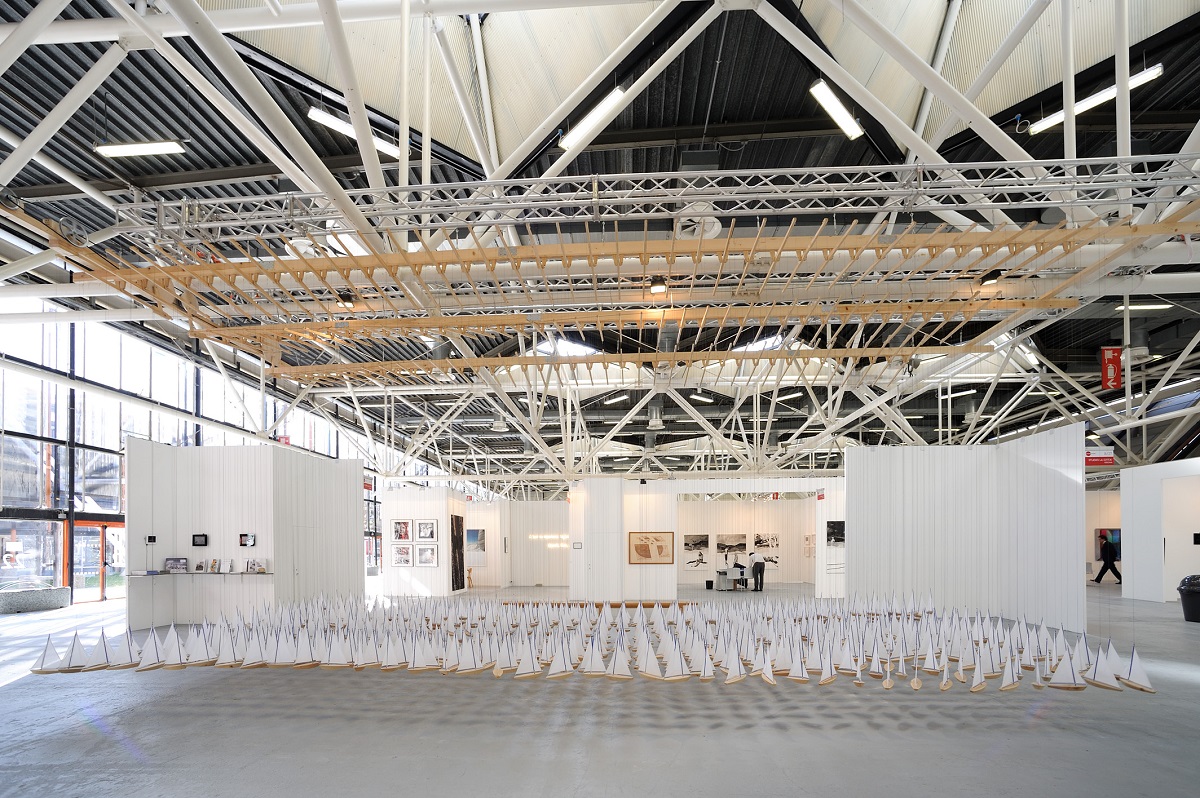 This is the last time Studio la Città will be taking part in a fair. Since 1973 this Veronese gallery has uninterruptedly participated in some of the most important fairs in the world: from Art Basel (since 1974) to Art Cologne (since 1973 in both Cologne and Dusseldorf)  and, of course, to ArteFiera (1974). Studio la Città, one of the most widely appreciated Italian galleries, at an international level too, closes with a booth wholly devoted to the American artist Jacob Hashimoto (1973), and in particular to his work Armada.
In 2000 Hashimoto made his debut in these very halls with a work that was to bring him a lot of luck. He was still very young and his complex and delicate installation of kites was acquired by an important Italian entrepreneur. This led to a certain interest in the artist by a part of the art world. From then on the road ahead was clear. Armada, which in another form has already been seen in the large space of the gallery in Verona, consists of a great many small wooden boats above which are fixed a mast of blue lacquered aluminium and a white cotton sail. With the help of a small motor the tiny boats, hanging by Kevlar threads from a wooden structure, plough the waves of an imaginary sea. The atmosphere conjured up is a dreamlike one evoking other worlds. There are many allusions to journeys, classicism, and to art history. The absent protagonist of this work is, above all, humanity itself which pushes beyond the surroundings in search of a new humanism.
Hashimoto’s is an incitement, a push towards a change of direction. And a change of direction is what has occurred with Studio la Città and its proprietor Hélène de Franchis (who, during Art Basel, was recently awarded the federation of European art galleries’ important Feaga Lifetime Award). In fact, de Franchis has decided to no longer take part as an exhibiter in art fairs which, after so many years, had become a kind of coercion, an obligatory undertaking. Thanks to the knowledge and experience accumulated in over forty years’ activity, she will, besides the shows in the gallery, devote the next half of her professional life to the organization of projects and events in international public and private institutions in order to create a dialogue with other spheres: from music to theatre and design.
Angela Madesani, 2012