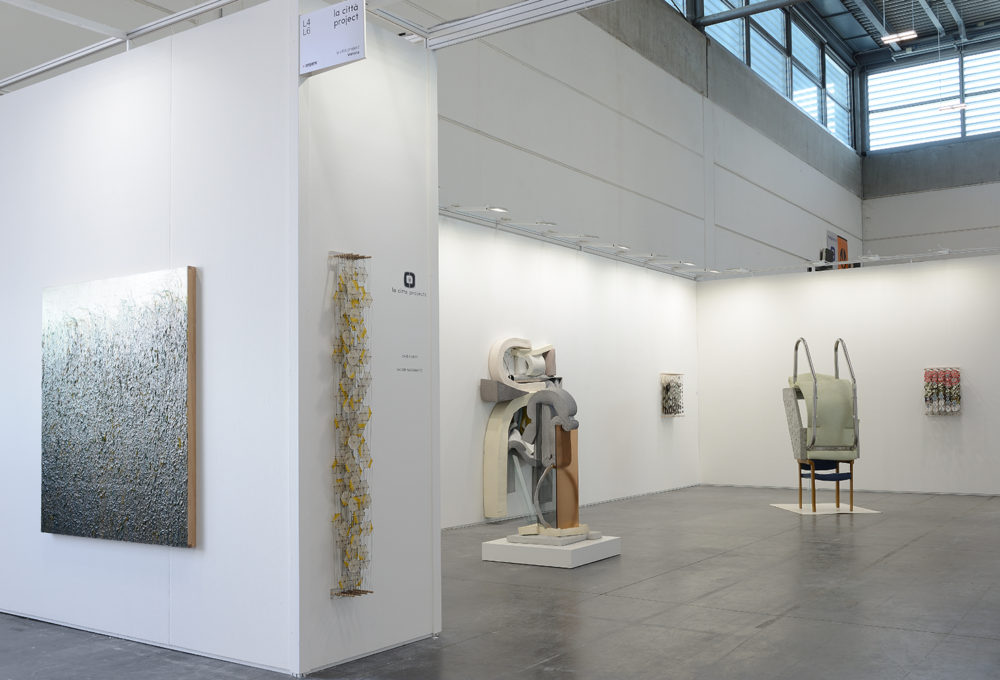 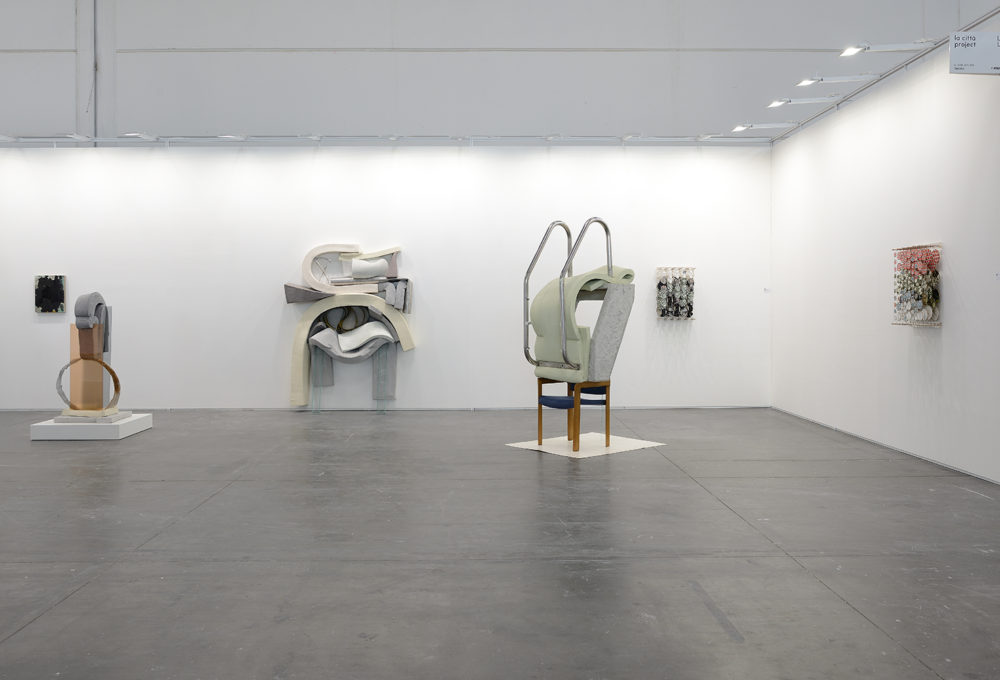 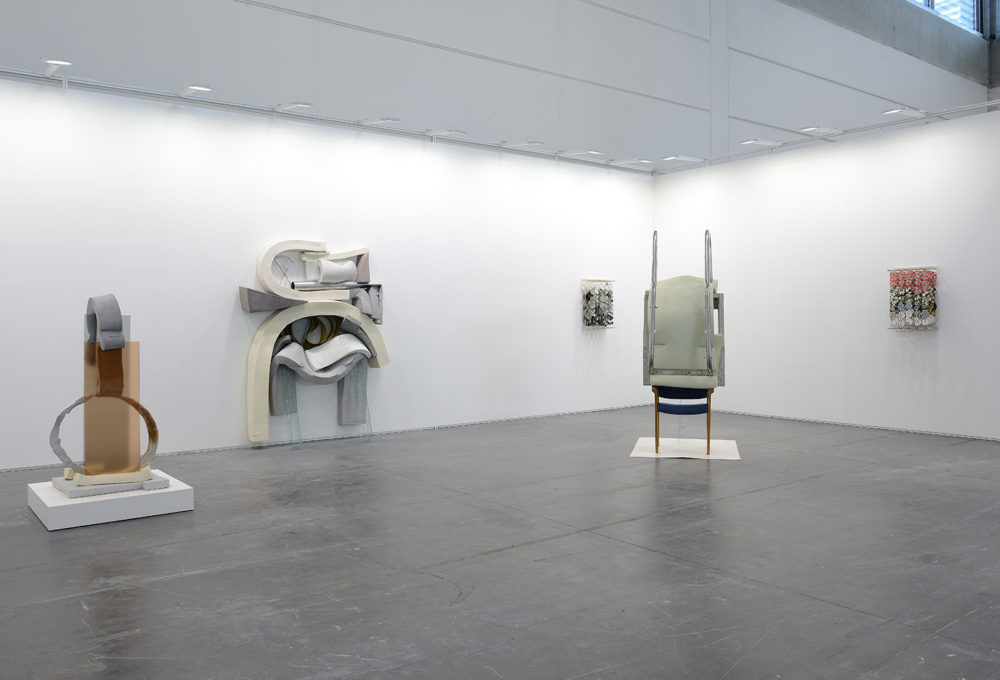 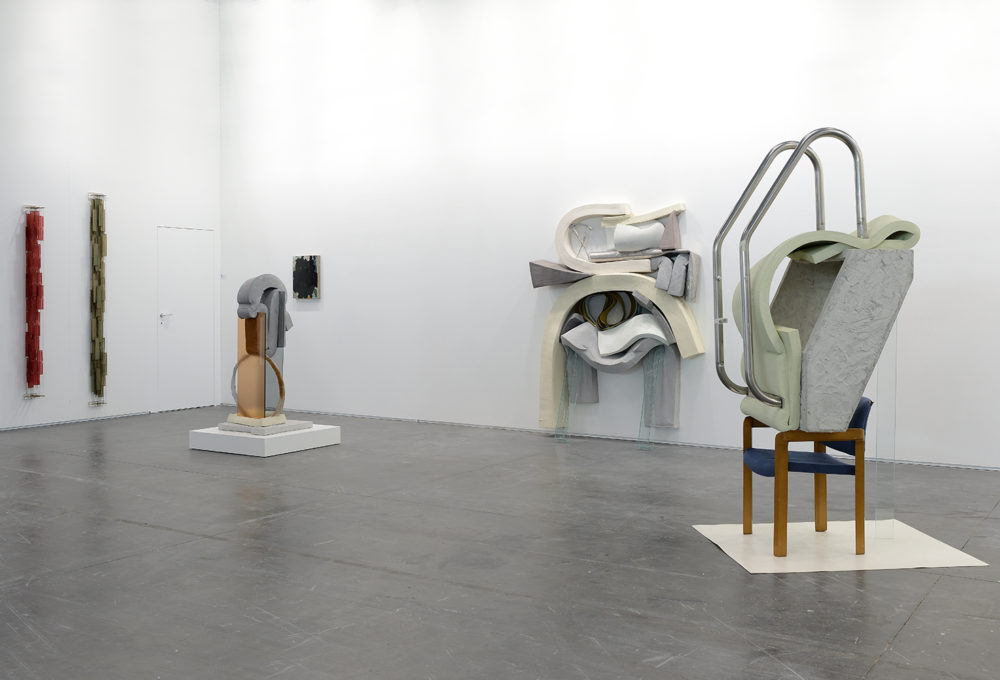 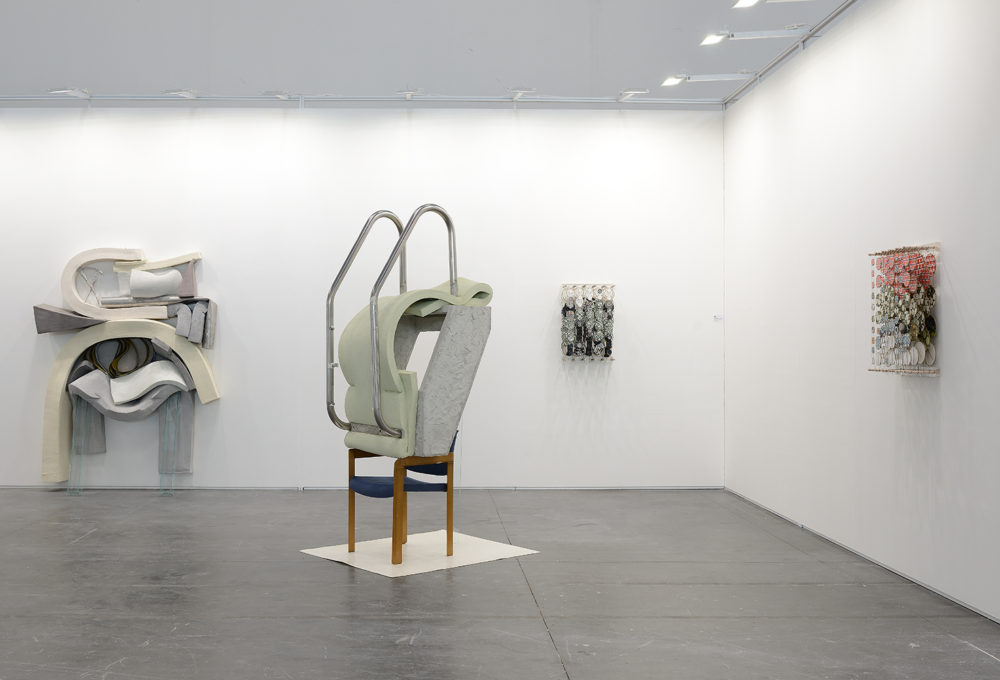 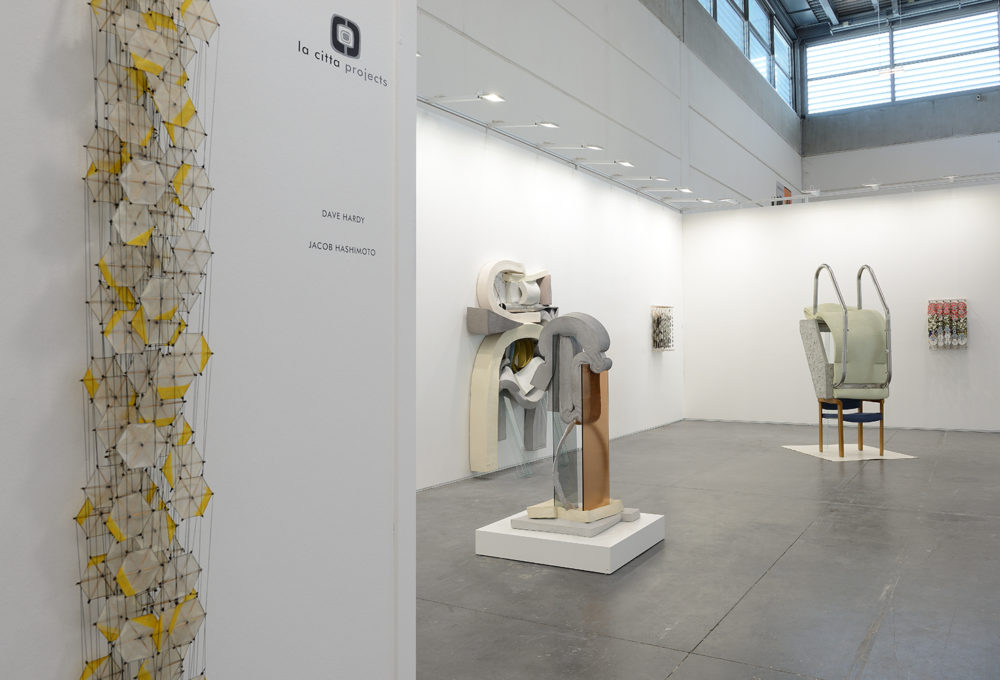 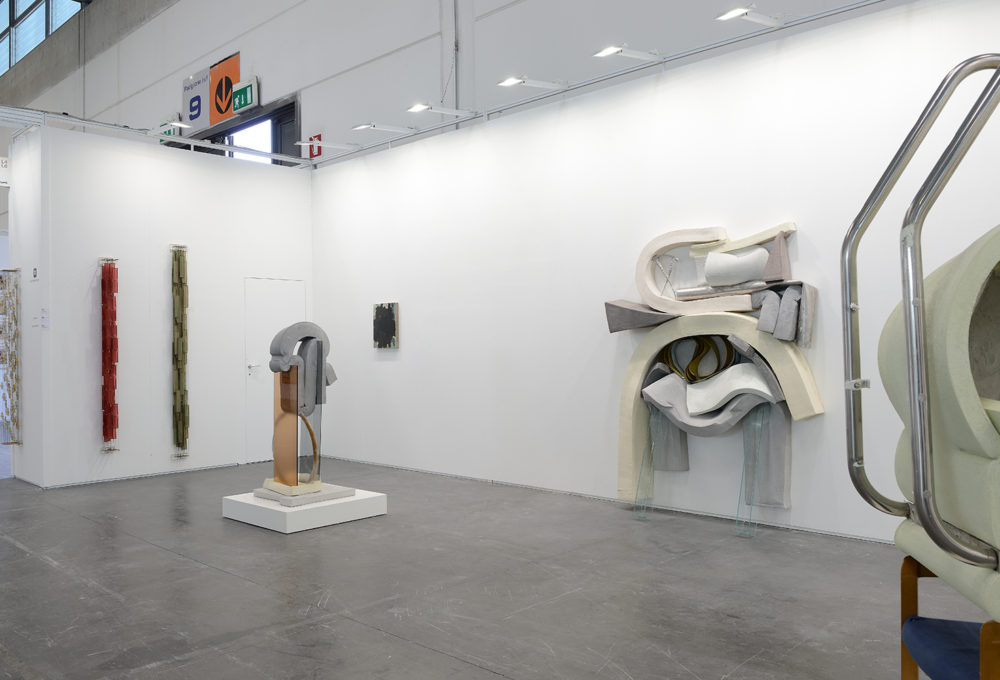 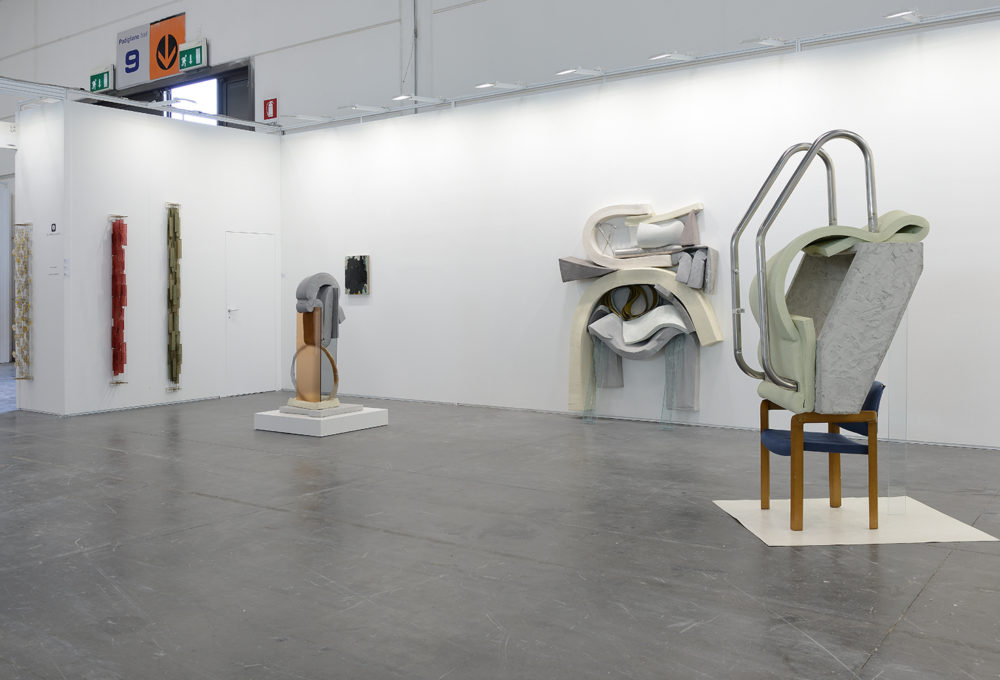 From 11 to 13 October 2019 la città projects returns to take part in the 15th edition of ArtVerona with a booth wholly devoted to two American artists: Dave Hardy and Jacob Hashimoto.

Dave Hardy works mainly with sculpture and is one of the emerging talents chosen for the group show The Artifact Labyrinth: unfixed histories and the language of transformation, organized last May in the rooms of Studio la Città and curated by Hashimoto himself. The sculptures by Dave Hardy were finished in Verona during the artist’s stay in the city in the spring, and they all wholly follow the creative process typical of assemblage. The waste materials used by the artist (for example, part of a Chase Bank wardrobe, an office chair from the 1980s, the steps of a swimming pool, a component of an HVAC system) stand out in space like ghosts of our epoch that challenge gravity: the detritus of capitalism balanced on the edge of a collapse. The artist inquires into how the various stages of a process can change the result, how tension and opposition can in reality link things together and not divide them. Here in fact, fullness and emptiness, heavy, light, and transparent elements push against each other, and the works seem to float and hardly touch the floor: they survive by staying upright thanks to their very oppositions.

In contrast to Dave Hardy’s minimalism is the booth’s presentation of the geometries and strong colours of the works by Jacob Hashimoto, an artist who for years has exhibited with Studio la Città and who here will be present with a series of old works that are distinguished by the fragility of their collages and the forms in rice paper and bamboo.
Hashimoto is continuing with his collaboration with Studio la Città, a collaboration that saw him participate in the show Recursions and Mutations, opened on the Guidecca island on the occasion of the 58th edition of the Venice Biennale. During ArtVerona his works will not only be seen in the booth of Studio la Città Projects but, at a short distance from the site of the fair, the public can visit a larger solo show of the artist’s recent work inside the exhibition area of Studio la Città. Hashimoto will be showing some works on paper – unique pieces and works in a limited edition – as well as a large-scale suspended work titled The Dark Isn’t the Thing to Worry About, consisting of resin kites assembled in a site-specific composition.