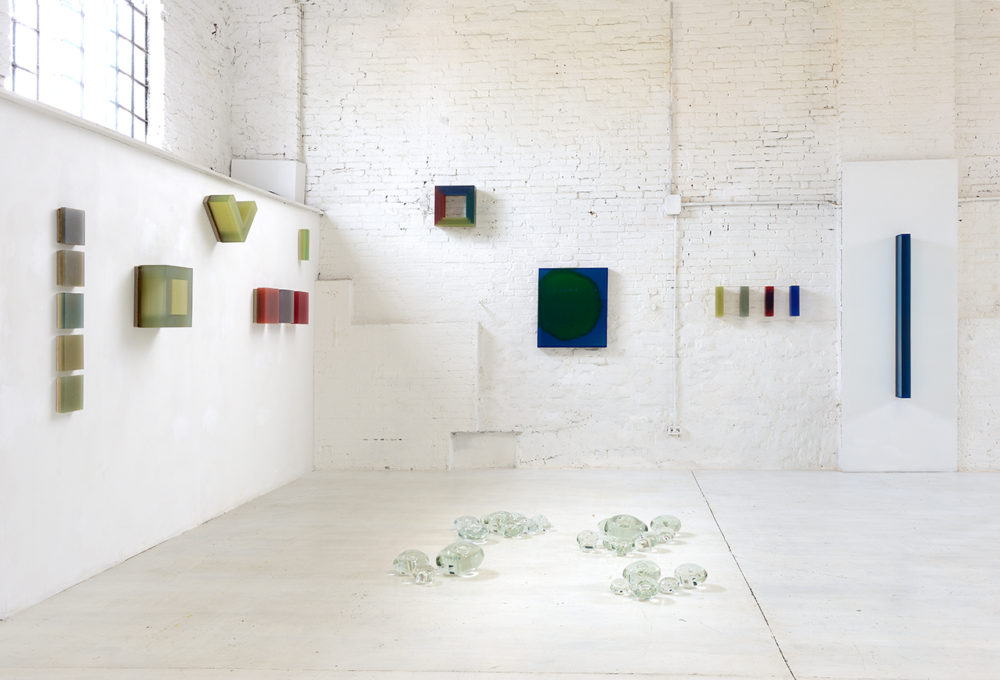 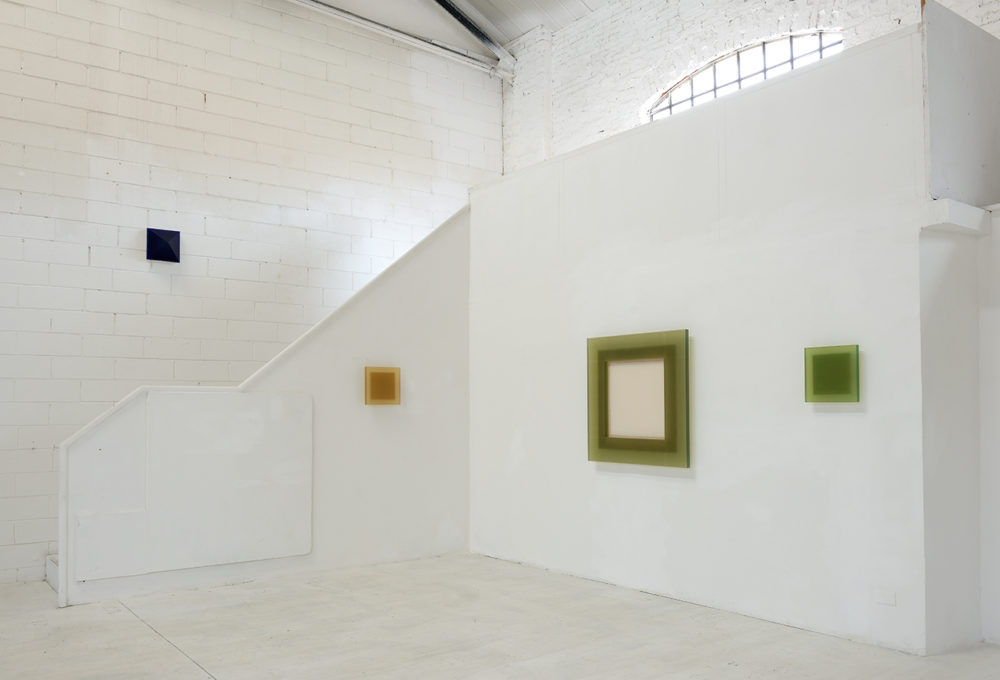 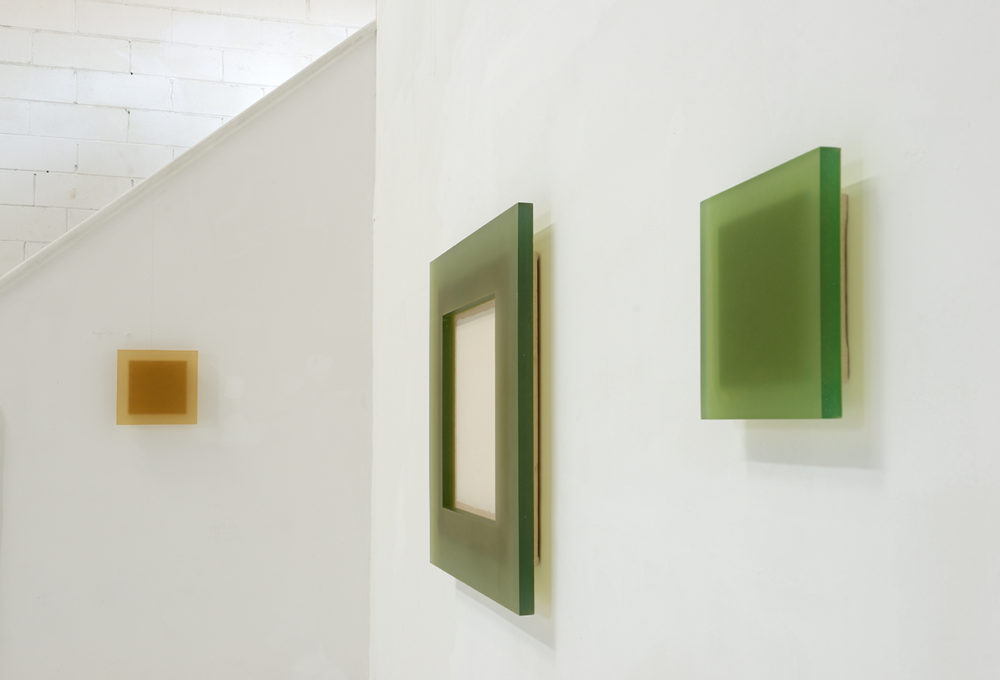 On 6 September Studio la Città returns to Venice to start off a new exhibition project curated by Marco Meneguzzo. On the island of the Giudecca there will be two solo shows, by the artists Herbert Hamak and Giorgio Vigna, titled Acque Solide: an antithesis that represents the common denominator of the works on show.
Both artists work on their material in an almost sculptural manner, counterposing the physicality and weight of the medium – resin for the former, and glass or copper for the latter – against the lightness of the final result, one consisting of transparency, and of games of light and geometry that create oppositions between Hamak’s hollow and angular forms, and the sinuously rounded outlines of Vigna’s works.

The leitmotif of the whole show is without a doubt water, the natural element that relates together the works and the surrounding space. Water unavoidably characterises the venue chosen for this show: a former nautical supply shop now turned into an art gallery, surrounded by the sea and part of the new Giudecca Art District, a centre for contemporaneity started up this year concurrently with the 58th Venice Biennale.

Inside this setting, one so different from the pomp of historical Venetian palaces, Herbert Hamak proposes a series of works in resin and pigments that are a tonal study of the refractions of light, often extremely subtle, on a surface according to the degree of transparency searched for by the artist. In its various shadings of green, blues and ultramarine, the colour seems to grow on itself through the passage of strata: “I have never thought of a sculptural intervention and, in fact, not even a painterly one either. It is first of all a work about colour that then becomes painting and eventually sculpture.” This German artist bases his creative concept on the idea of transition: of state, of condition, in which colour and three-dimensionality cohabit in space in perfect harmony. Fullness and voids alternate in his work, where each justifies the other. In fact it is only through emptiness that we manage to recognise fullness and its form. What is determining is also the role played by shadow which, like a kind of extension of the work itself, allows the shape to continue in space.

In the work of Giorgio Vigna too the natural element is of vital importance, as is also the fundamental relationship of his works to the surrounding space: the one acts in accordance with the other and vice versa in a cross-referencing of echoes and meanings. In his Acque Astrali, “solid” drops of water handmade from Murano glass, there clearly emerge references to forms of primordial life, to bubbles of marine foam, to the element from which everything originated. As the artist has said, “glass as solidified water, copper that evokes fire, gold that alludes to light: these are simple materials of which I exalt the hidden aspects that become evident through a crossing of physical, psychic, and symbolic elements. Central to my work is the theme of what is hidden, of the interiority of materials, of their dark side that my work brings to light. Alchemy is inherent in the material and in the place where the works are created; I am only a go-between for its manifestation.”
This series, placed on the floor of the gallery, enters into a dialogue with another group of works: Acque, bowls of copper completely filled with Murano glass ground by hand, to simulate a liquid core that purposely generates ambiguity between the container and the content. In order to arrive at the desired result, the artist worked meticulously with the kilns in Murano, side by side with skilful glass-working artisans, until he reached the desired result, carefully calibrating each minimum variation of the material which, as can be guessed from the title of the whole exhibition project, becomes solid to the eyes of the viewers, generating new natural states. 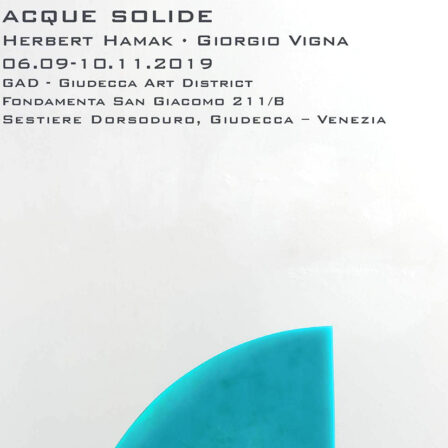