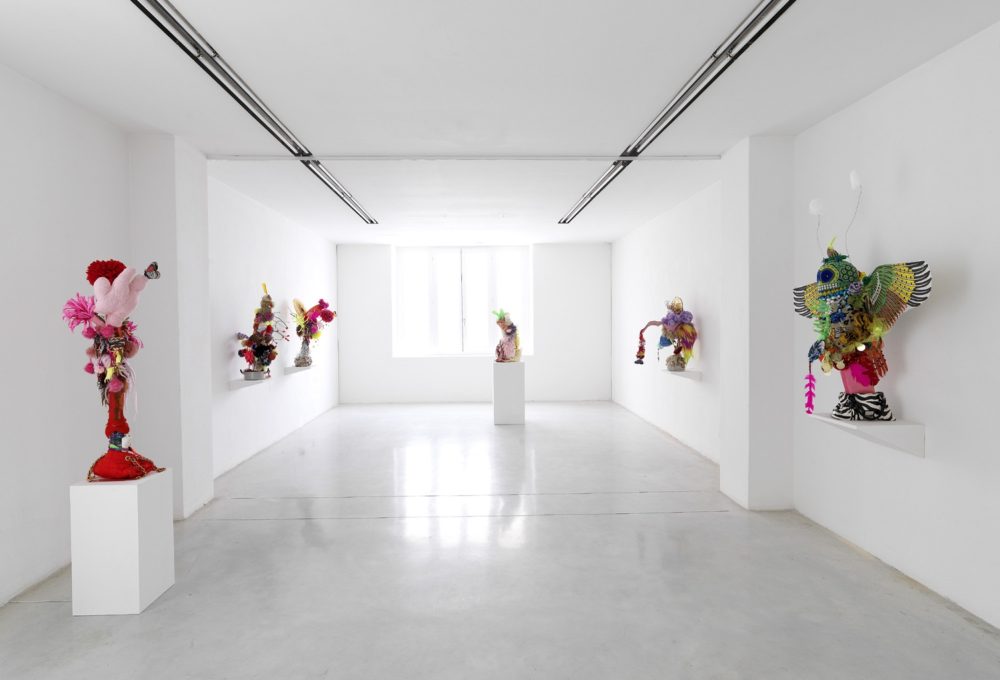 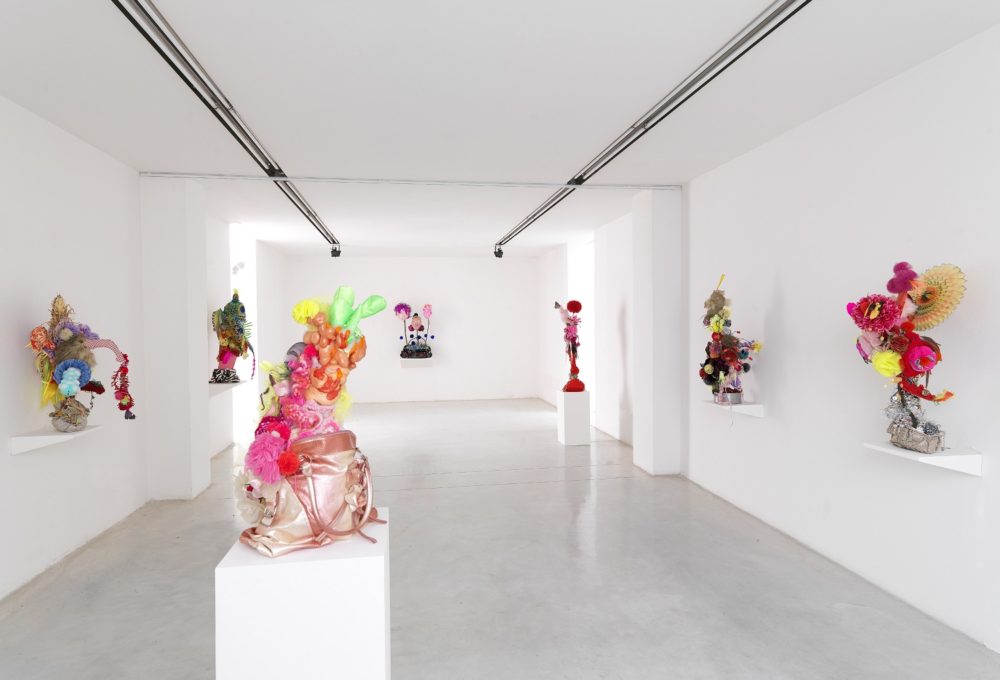 During the first Anna Galtarossa’s Solo Show, the gallery rooms have been occupied by a series of sculptures of various sizes; some of them are mobile, such as Totem, a rotating structure measuring four and a half metres and covered with pompoms, skirts, wigs, flags, paper wings, plastic dollars, and diverse shiny coloured materials that come together in a dance: one that can unleash dreamy and atavist feelings. The artist’s works evoke ideas about purification and the sense of spiritual community. They unite in a cathartic movement layers of everyday objects and traditional forms of female crafts, together with strongly masculine elements. This mixture of disparate objects expresses an exuberant delicacy and an intensely provocative force, and transforms the sculptures into the custodian spirits of a tribal kind.
Maria Rosa Sossai, 2010 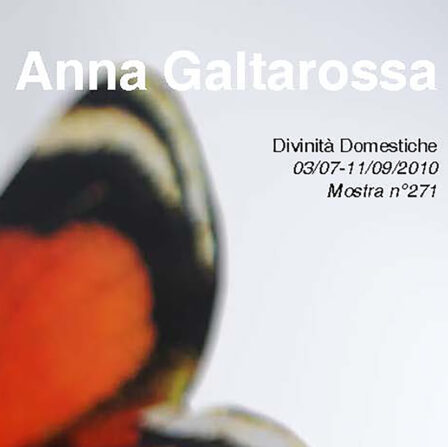