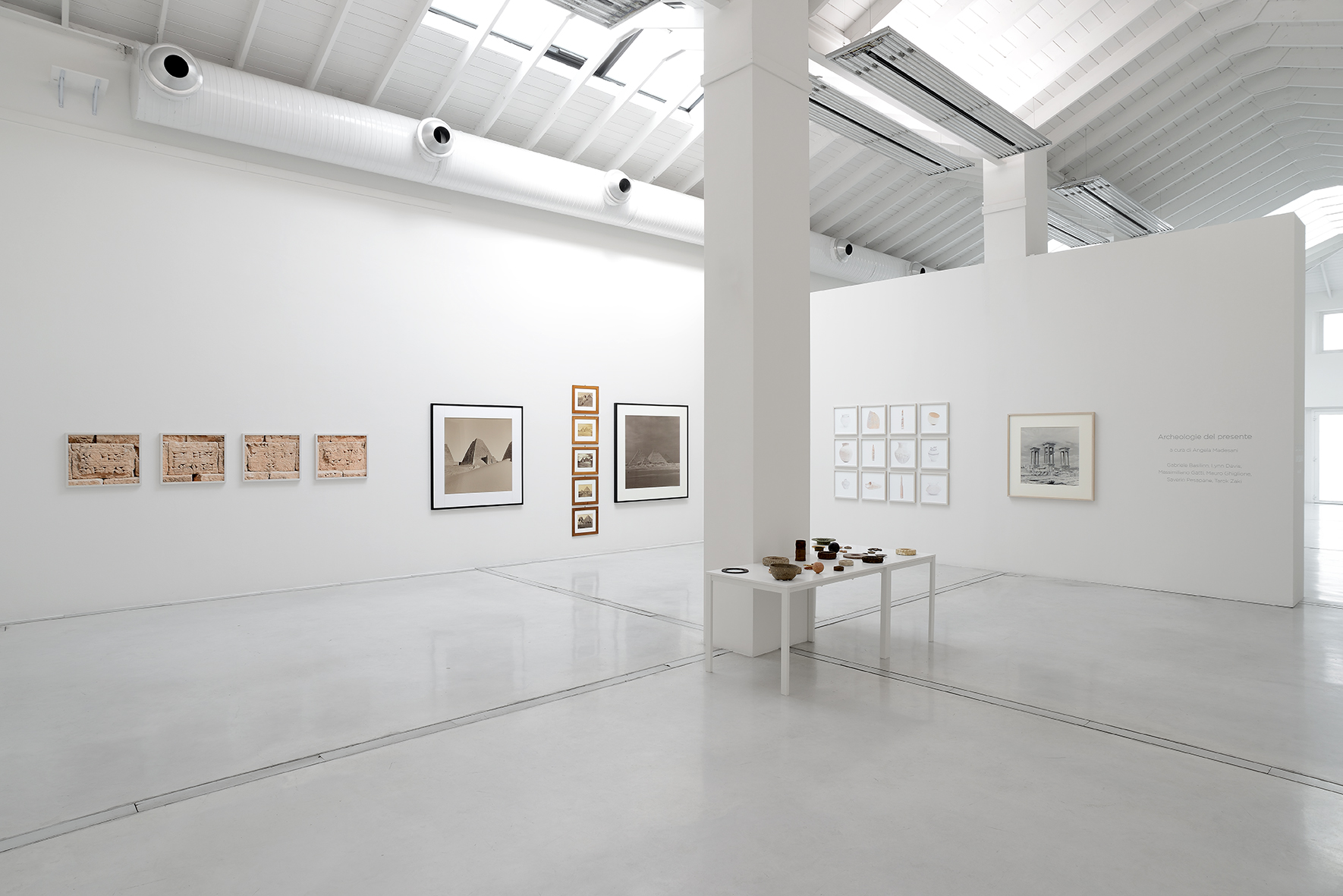 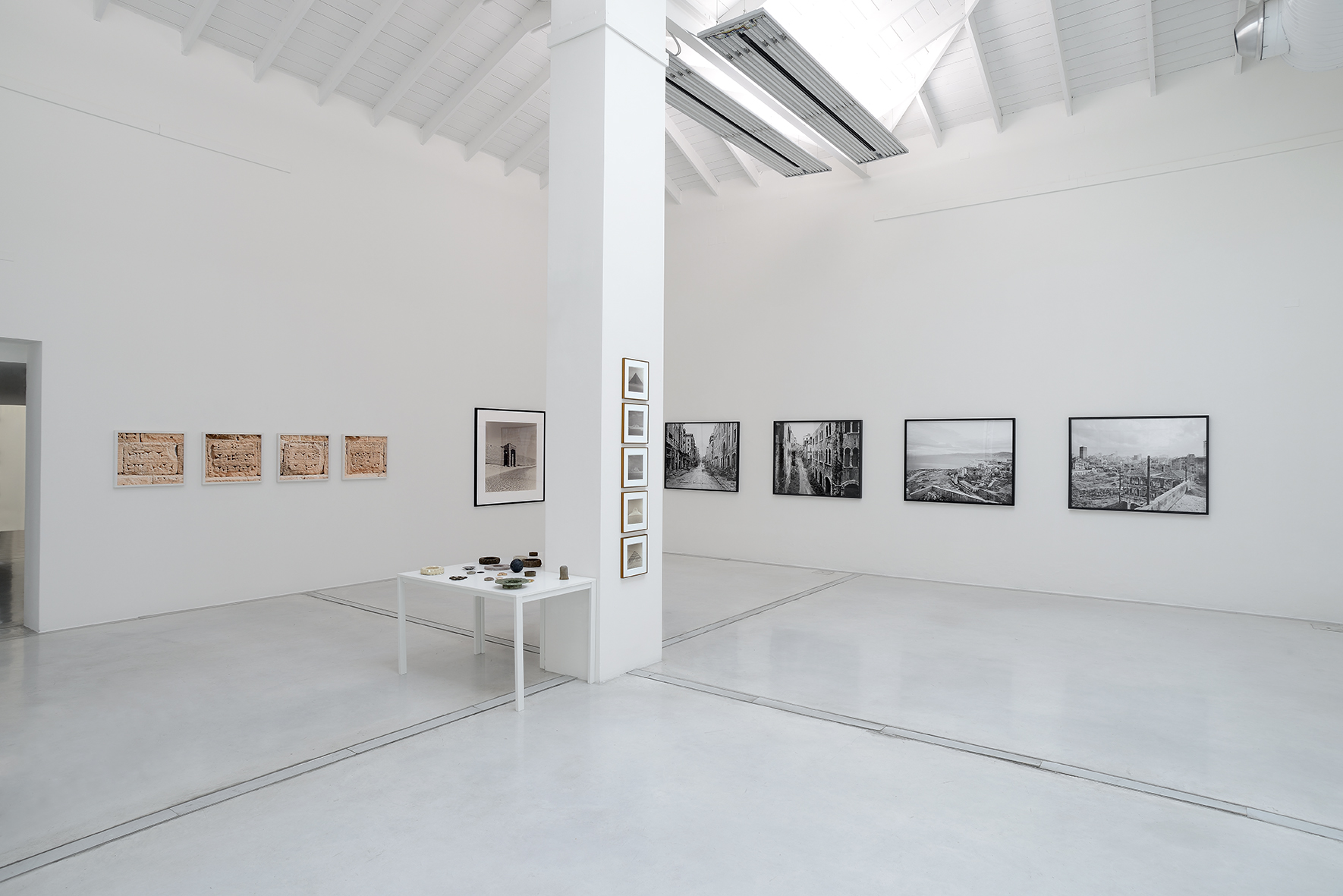 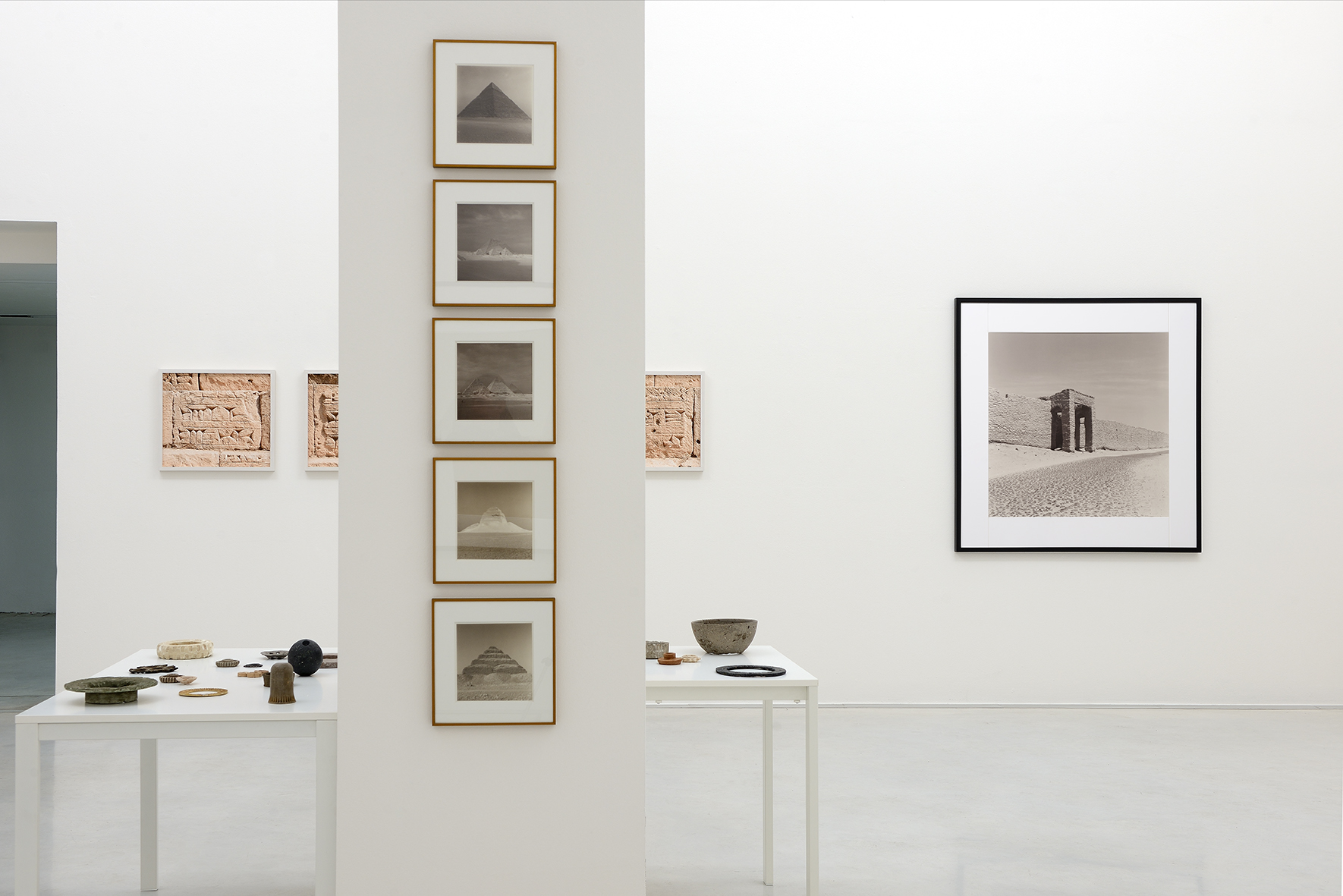 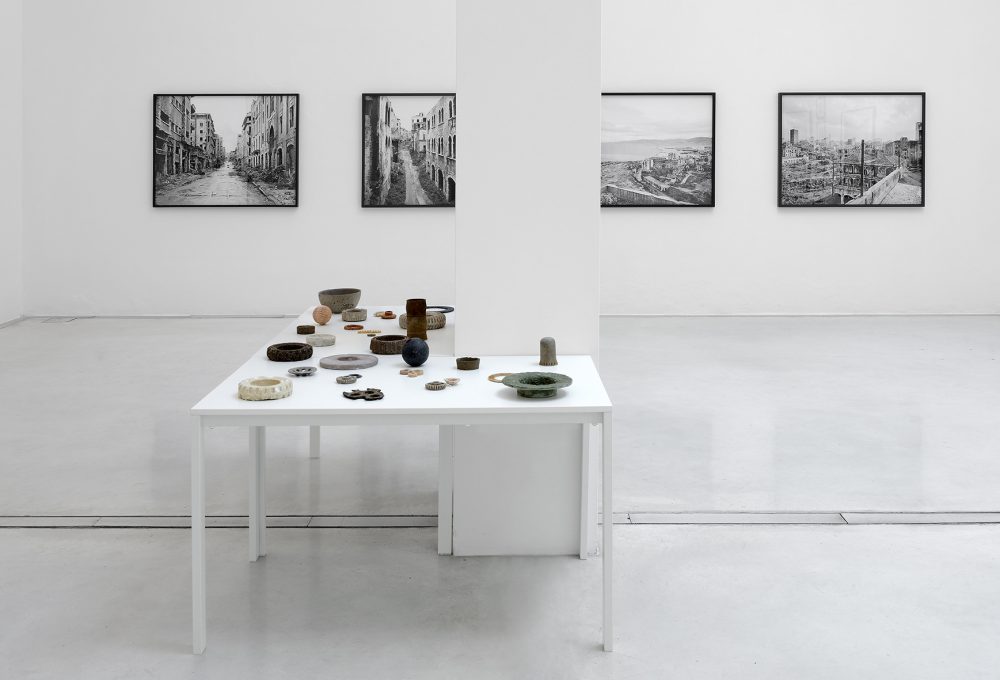 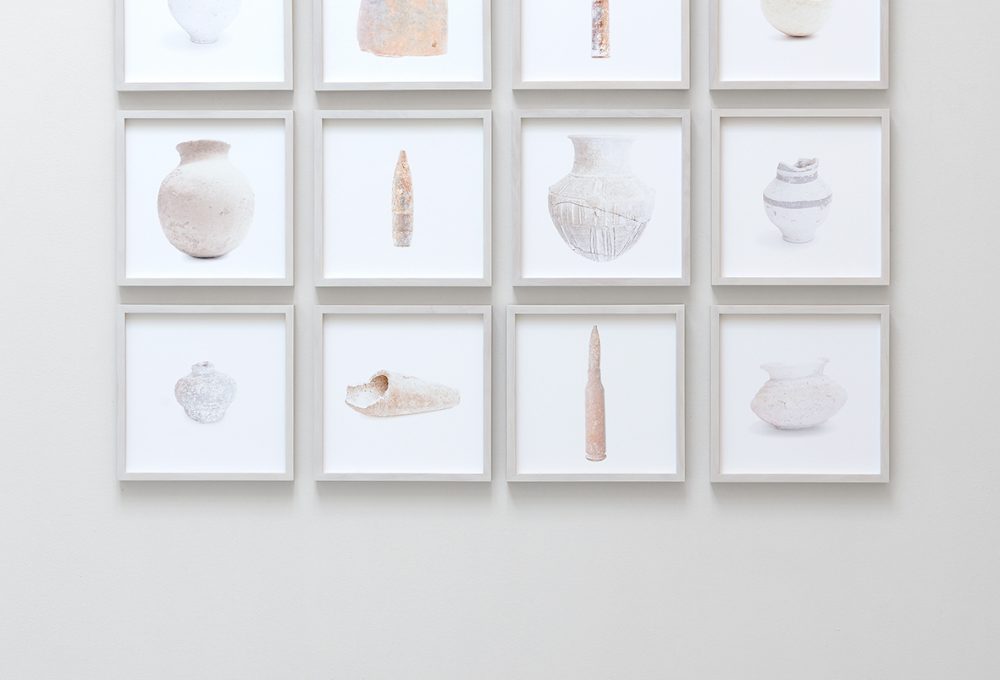 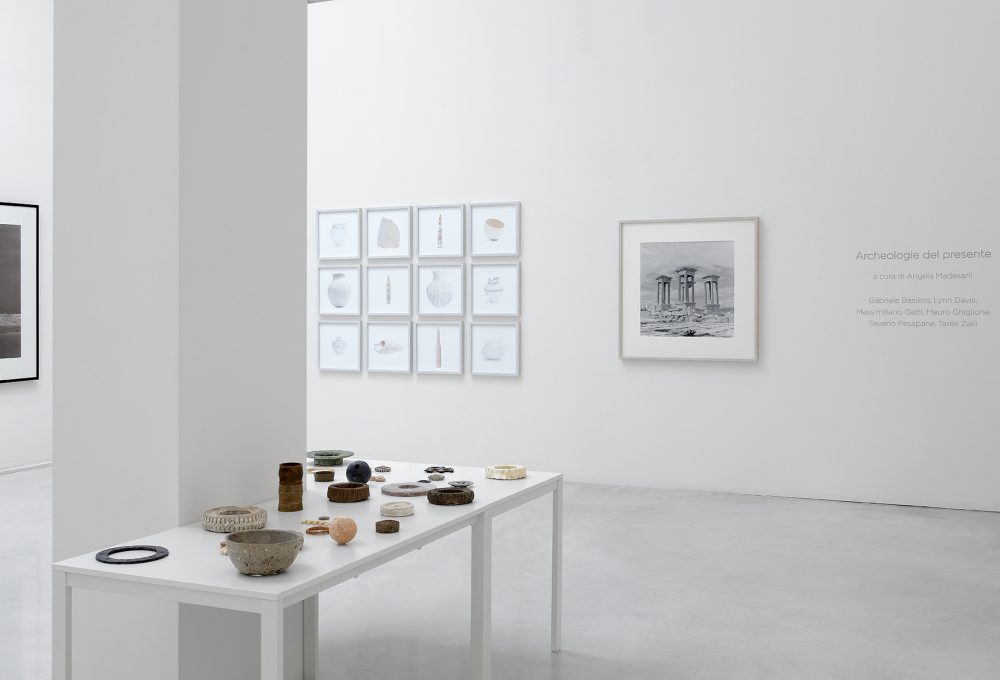 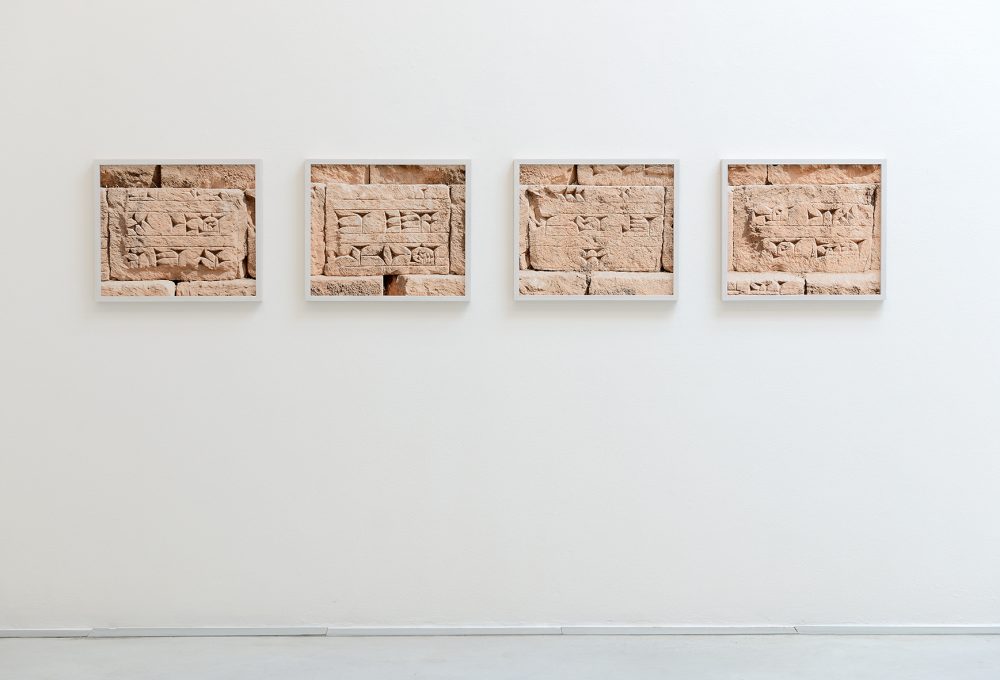 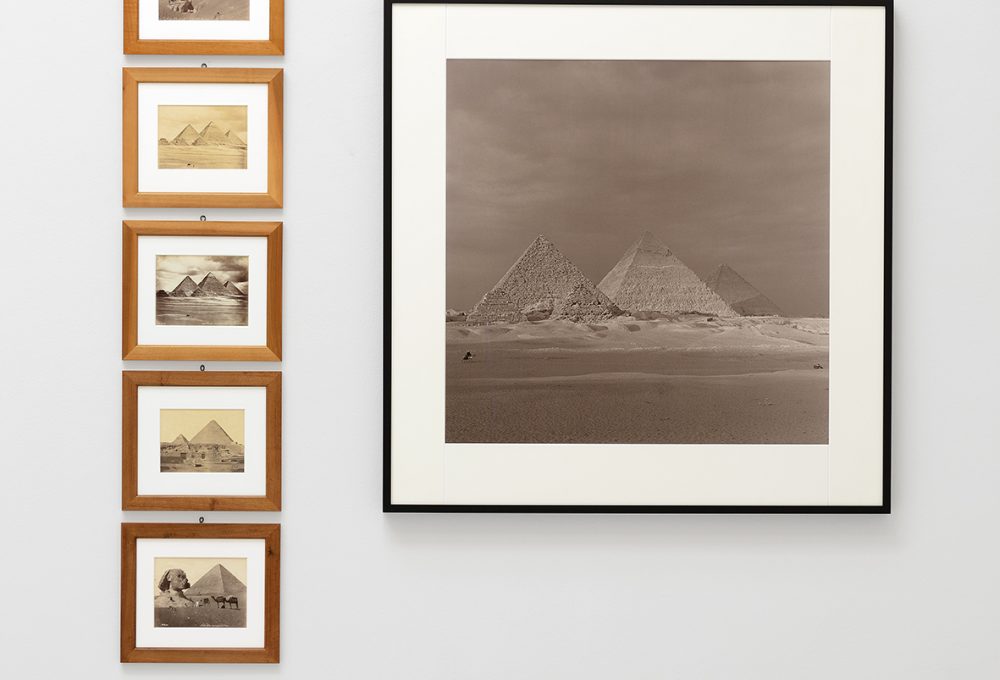 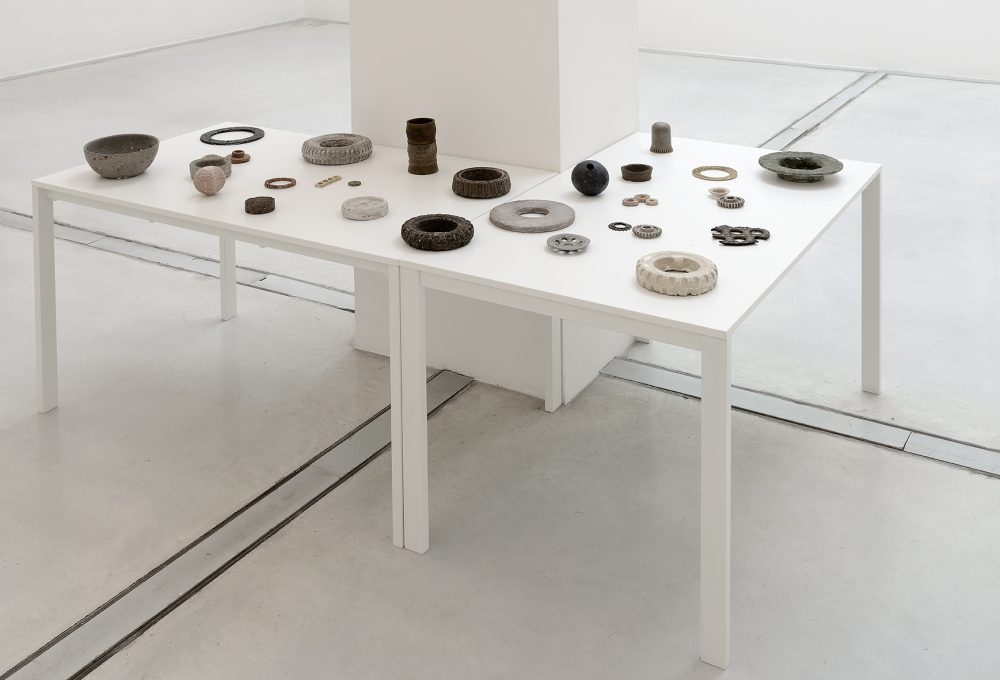 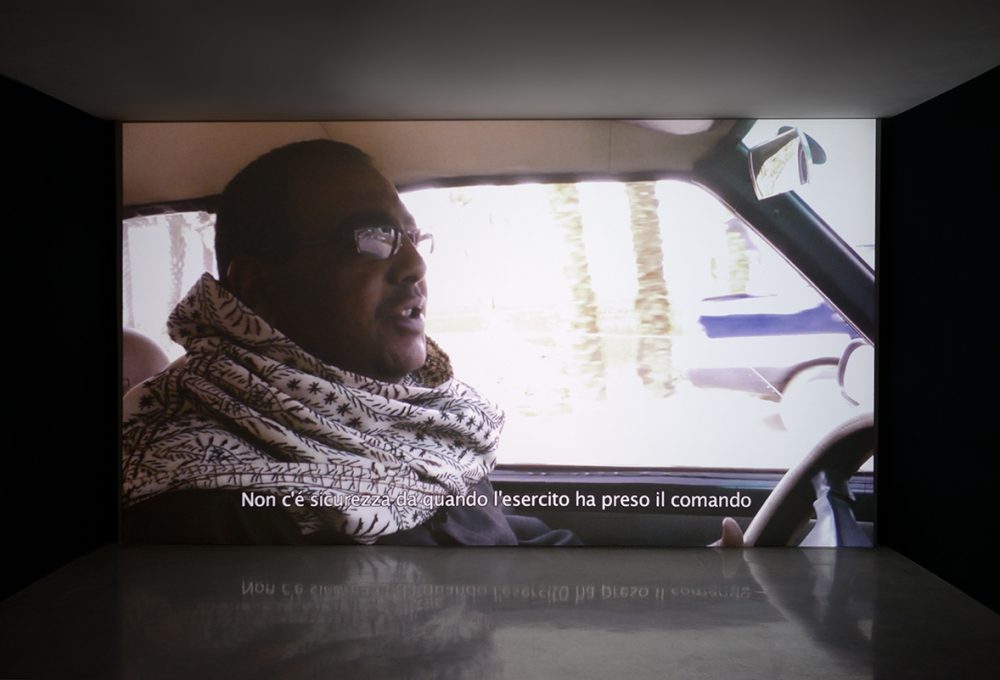 Archeologie del presente, the name of this show conceived by Angela Madesani for Studio la Città, Verona, inquires – through photographs, sculptures, and videos by Gabriele Basilico, Lynn Davis, Massimiliano Gatti, Tarek Zaki, Mauro Ghiglione, and Saverio Pesapane – into some important ideas about the Near- and Middle East.
The title refers to a novel by Sebastiano Vassalli, but if the book, set in the 1960s and 1970s, narrates the story of a generation that tried with passionate obstinacy to change the surrounding world, here instead is an analysis of the situation of these complex places. Art manages to dig deeply, to enter into situations and recount what words cannot always do. This is a show of stories and atmospheres, of allusions and tales in which the eye is directed to colonialism, immigration, and recent wars, all played out against the background of a cultural, historical, and architectural inquiry which, in some cases, has already become archaeology.
Our introduction to this context is through the refined images by the American Lynn Davis of Palmyra, the Syrian city that symbolises the cultural and human tragedy now underway. On show by this photographer will also be works made in Iran, Yemen, Jordan, and Sudan. In her visions time is suspended: there is no trace of humanity except through its constructions, its extraordinary artefacts.
In superficie is the title of the series of photographs by Massimiliano Gatti. They portray the remains found in Iraq during archaeological missions, and in them various moments in time are mixed together. From the mass of objects there emerged vases of 10,000 years ago, but also bullets and hand grenades that are of far more recent manufacture. This is the time of men who have given life to an unrecognisable and magmatic koiné.
The Egyptian artist Tarek Zaki is presenting History of O, a collection of sculpted objects of various shapes and sizes. They are fragments of everyday life and have in common a circular form. His is an exploration of time and civilisation. In his works, as in those now on show, we find an apocalyptic tone: what we know is fossilised, petrified, and presented in a showcase. This all began as a reaction to the war in Iraq, to the destruction we have watched on television as though it were the Olympic Games. A tragedy that then widened and spread throughout all those territories.
With his series Play for me again, Mauro Ghiglione denounces the West’s insensitivity to dramas that are only played out in images, in a kind of videogame in which we are all passive observers. The subjects of his work are Saddam, the Arab world, and the Western prisoners of a war that is so incomprehensible and unjust.
In the show there will also be films by Saverio Pesapane devoted to the so-called the Arab Spring, and to Cairo’s City of Death. This is a work undertaken only a few years ago and is still of the greatest topicality, but today, however, it is already a historical and archaeological testimony to what no longer exists. In the show will also be extracts from some of his recent films.
The show closes with a work that by now has become a classic of the archaeology of the present day: Beirut by Gabriele Basilico. These are images shot by this great photographer at the end of the 1990s when he had been asked to bear witness to the destruction of this Lebanese city. It is a work with a scenographic outlook; it was later exhibited in 2007 at the Venice Biennale. The images on show are profound and painful portraits of a destroyed city, ones in which Basilico blocks historical time.
The Arabian and Western artists on show speak, with a sensitivity that expresses far more than current events, of the history, contrasts, and the political and cultural contradictions of these territories and offer a particular point of view, one that manages to convey to the observers complex and articulated situations and visions: an archaeology of the present in continuous transformation. 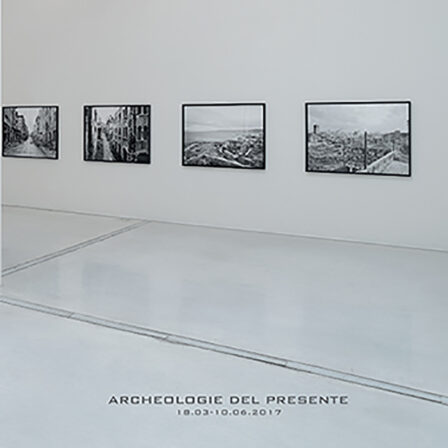