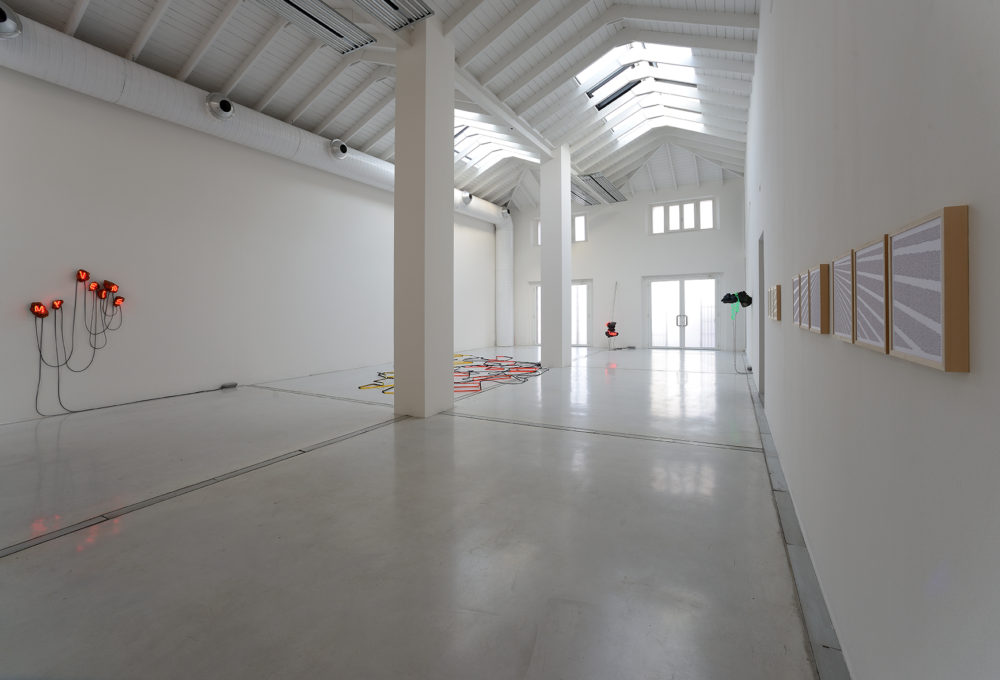 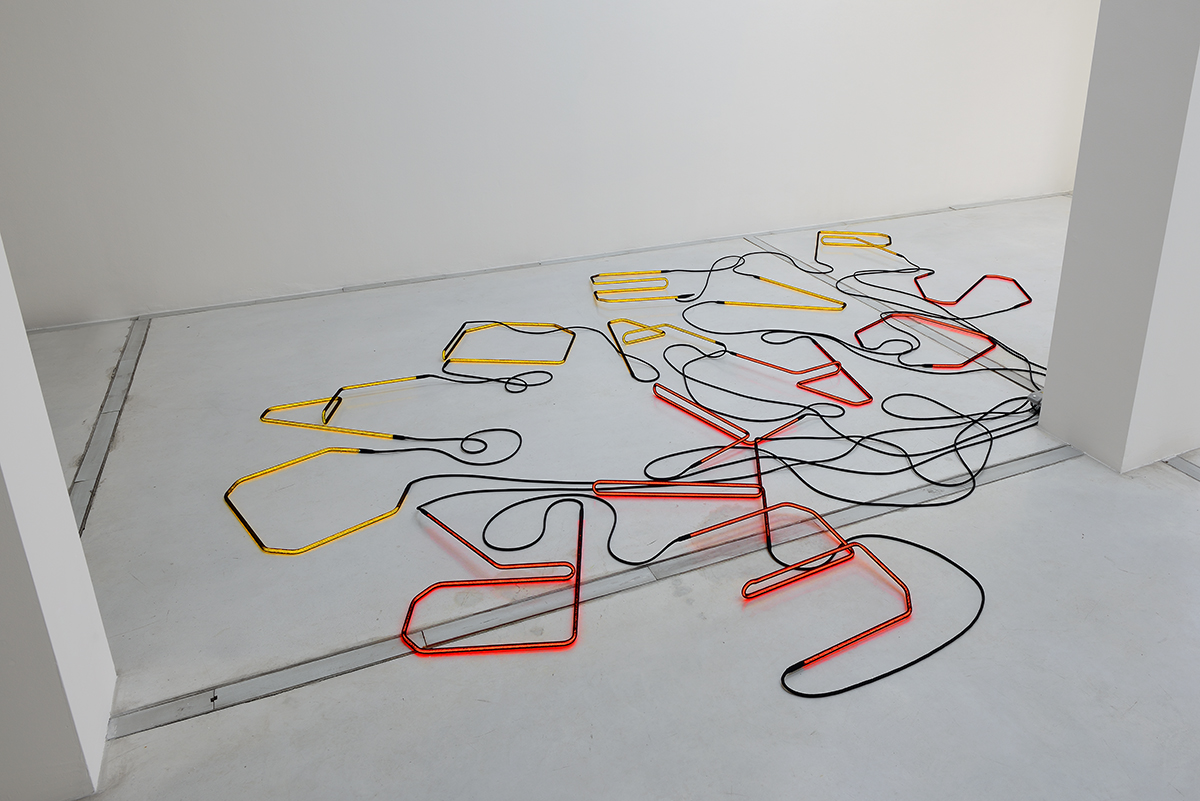 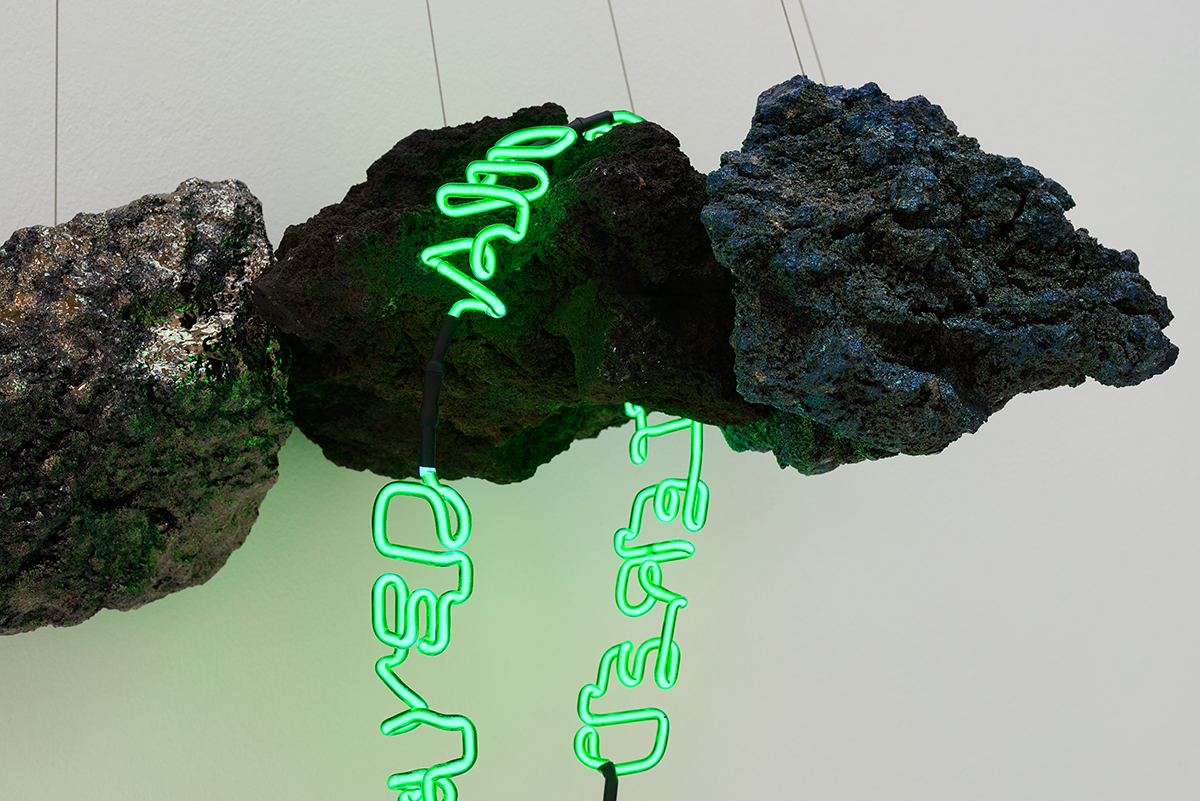 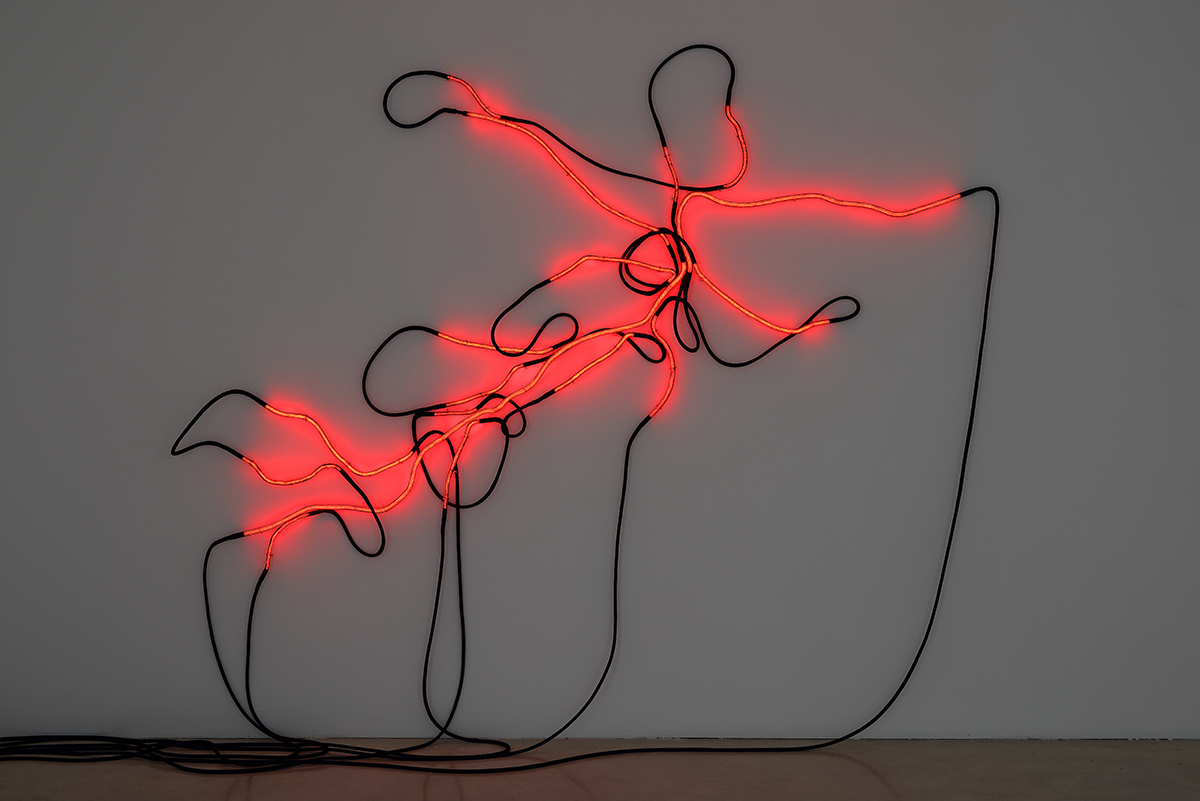 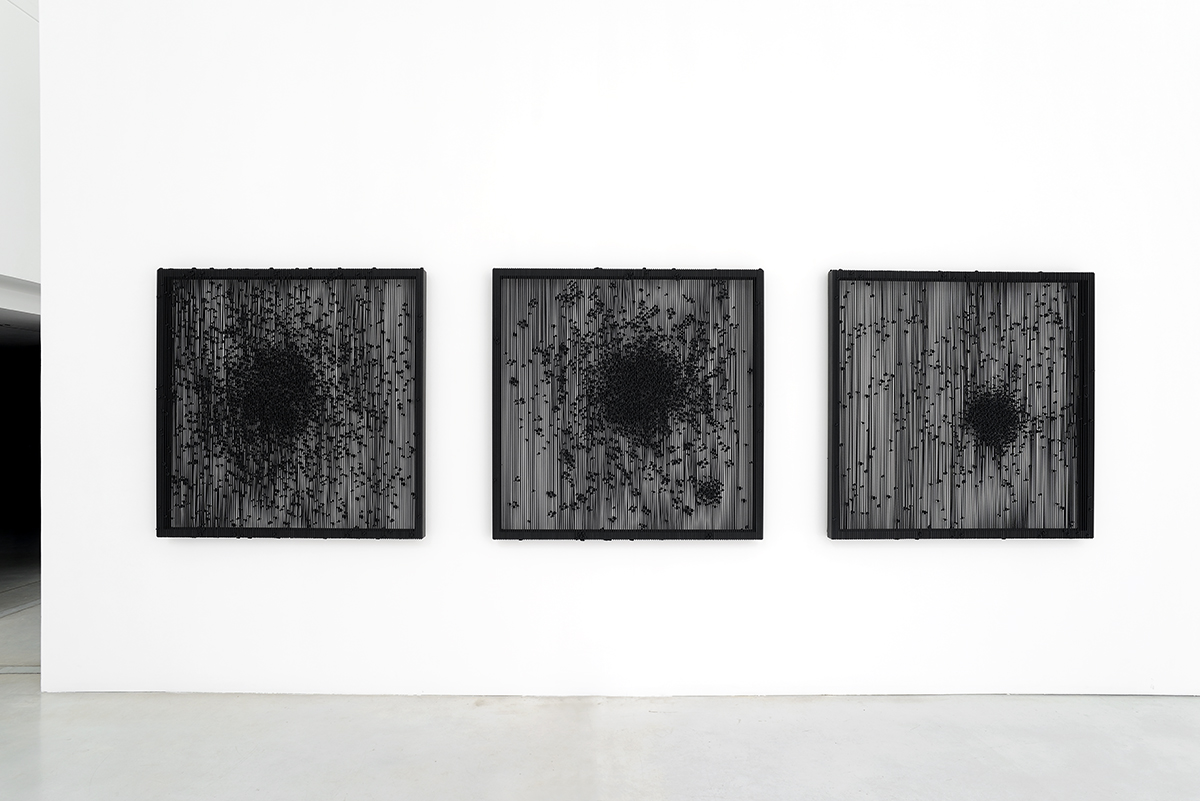 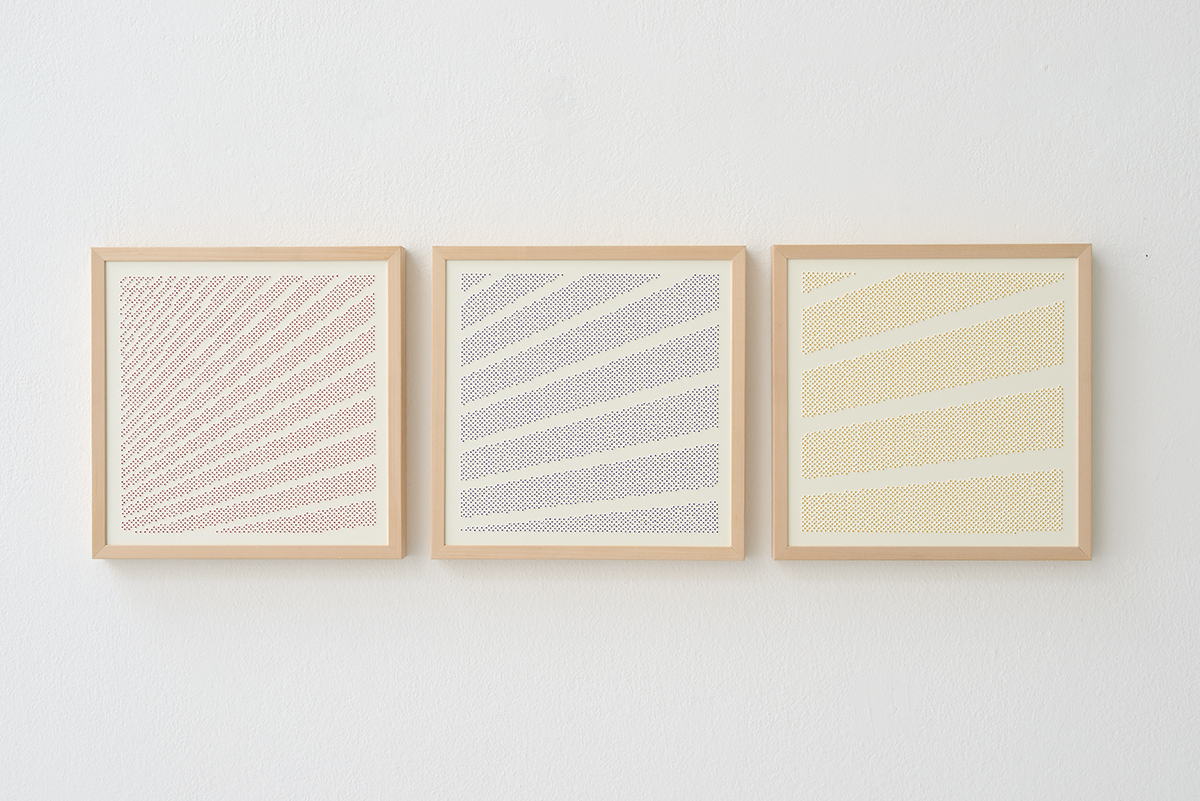 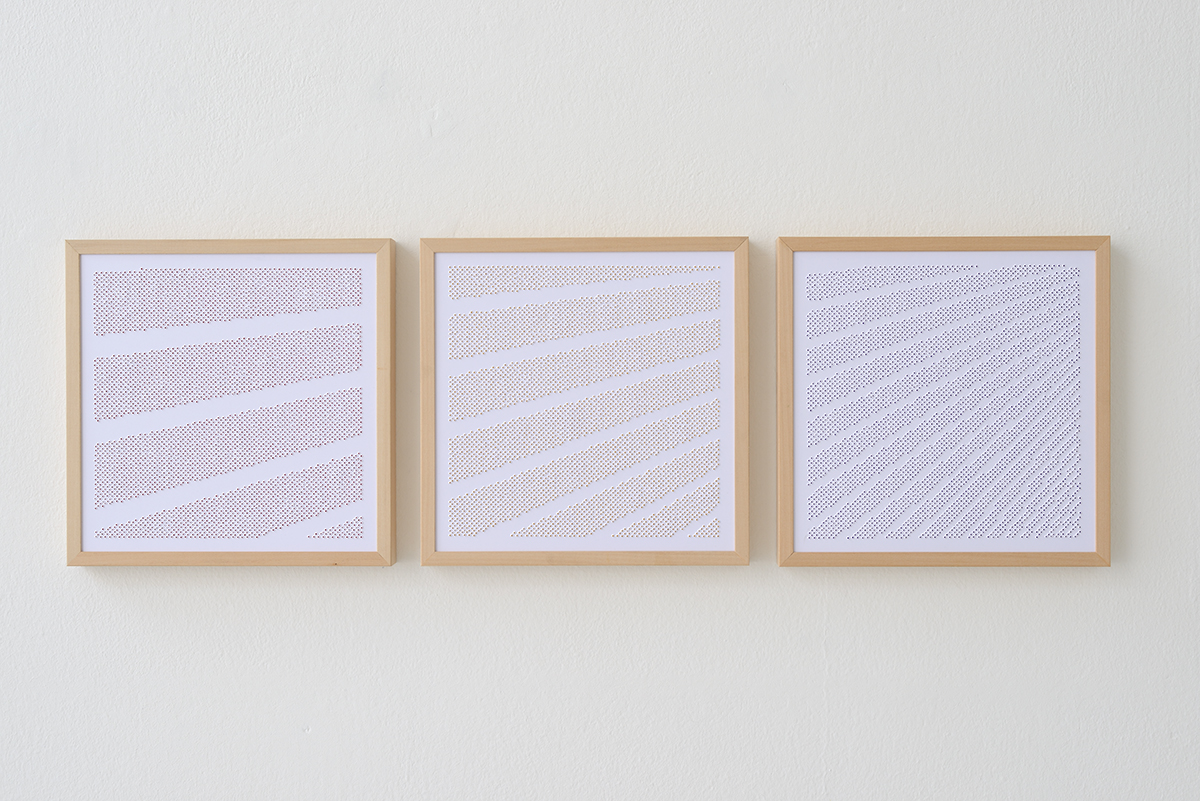 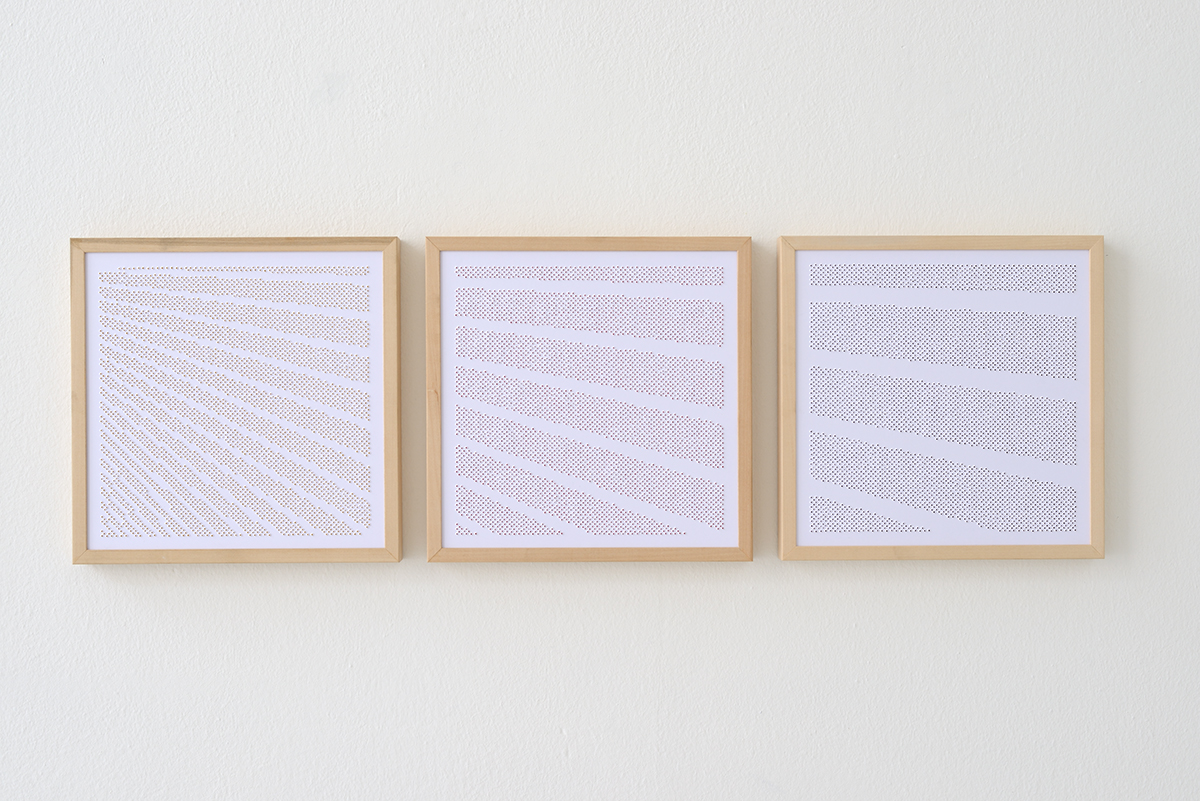 The show, titled Flat all the way down, originates from a mangling of the English expression “Turtles all the way down”, an extreme metaphor of the idea that the earth is supported on the back of a turtle. But who supports the turtle? Easy: It’s turtles all the way down! This is the paradoxical reply to the anecdote, according to which the world really is supported by an endless chain of larger turtles. This is a popular saying similar to the Italian one of the chicken and the egg, a logical riddle used for underlining the uselessness of a discourse or, alternatively, the incapacity to reach a concrete conclusion. These are the interactions that the artist is searching for in his use of words and materials, and he does so by questioning himself about being the “author” of an object and its consequent influence on the surrounding world.

As is often the case with Duff’s poetics, the works on show aim at dislocating notions of space and meaning by playing on our perception of physicality, in a similar way to the use of the classical elements of sculpture: the human language and condition are questioned and expressed in a playful yet committed, heavy, and onerous way, in order to approach art and its world.

Whether dealing with a tangle of knotted threads like a universe of particles, or a laser beam that leads to the emergence of a text from space, or words written in neon tubes on primordial lava rock, everything always leads back to the idea of transformation, perception, and the role of visual language in the social context. The text becomes an image and the image becomes a text, causing the boundaries between the two to become indistinct.

In the words of Marco Mancassola in an essay written for the catalogue for the exhibition Borrowing You held in Castelfranco Veneto: What Arthur shows us here is that every communicative act of ours forces us to ‘borrow’ something or someone. In order to speak to others we must borrow them. Without a screen made up of others, we could not recognize our own words. We borrow, we are borrowed. We are the screen on which others project their conversation. We think that our wall defends us but, in reality, it inevitably serves to attract others: who, curious, come near to us as though in front of a mirror. 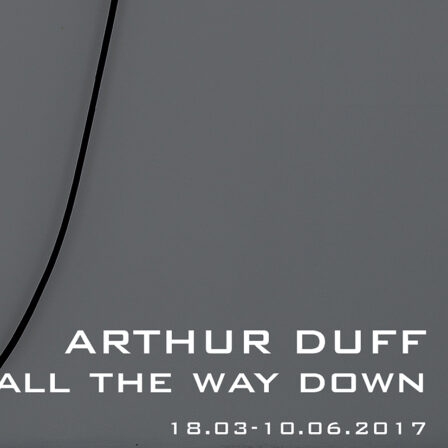 ARTHUR DUFF, Flat all the way down