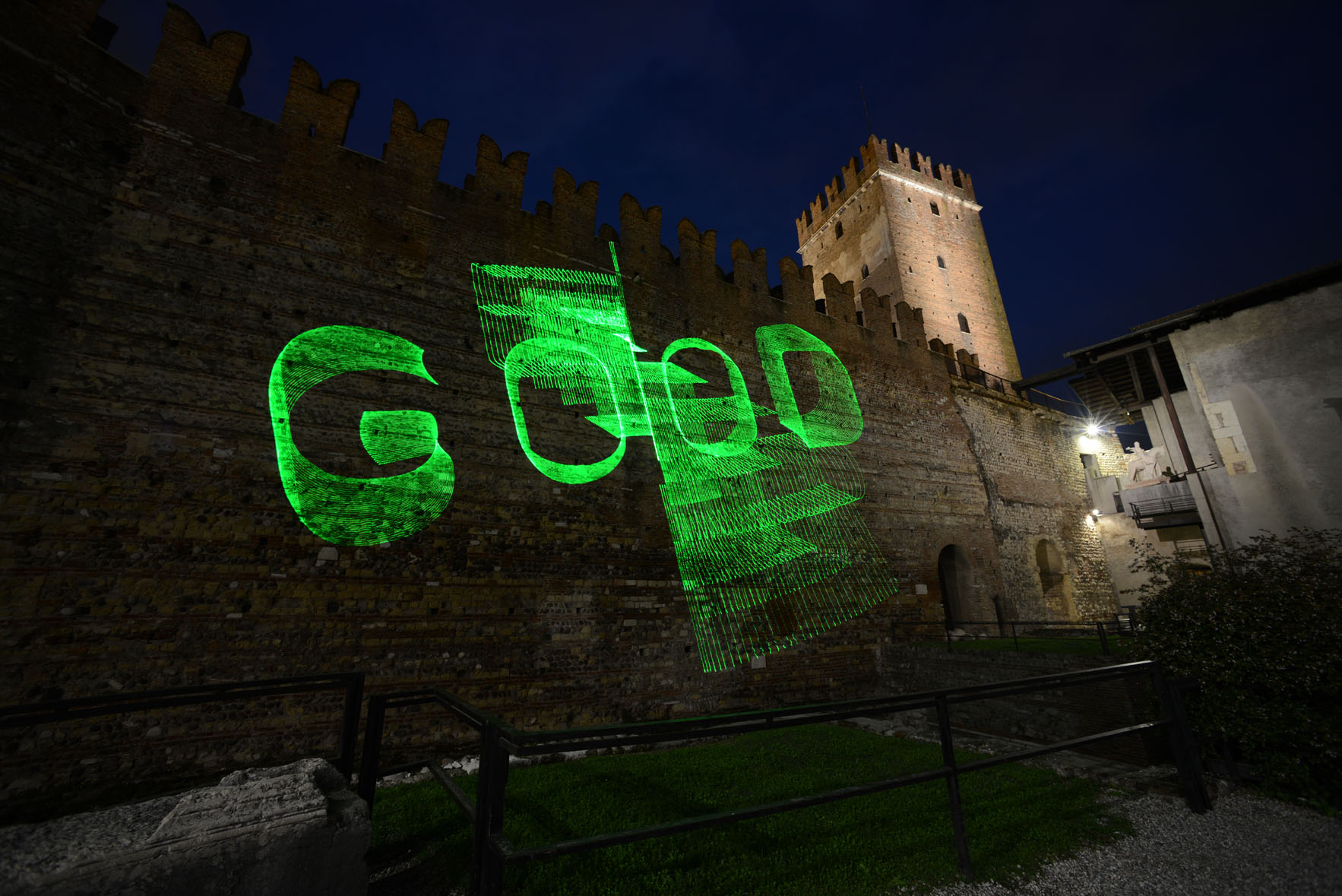 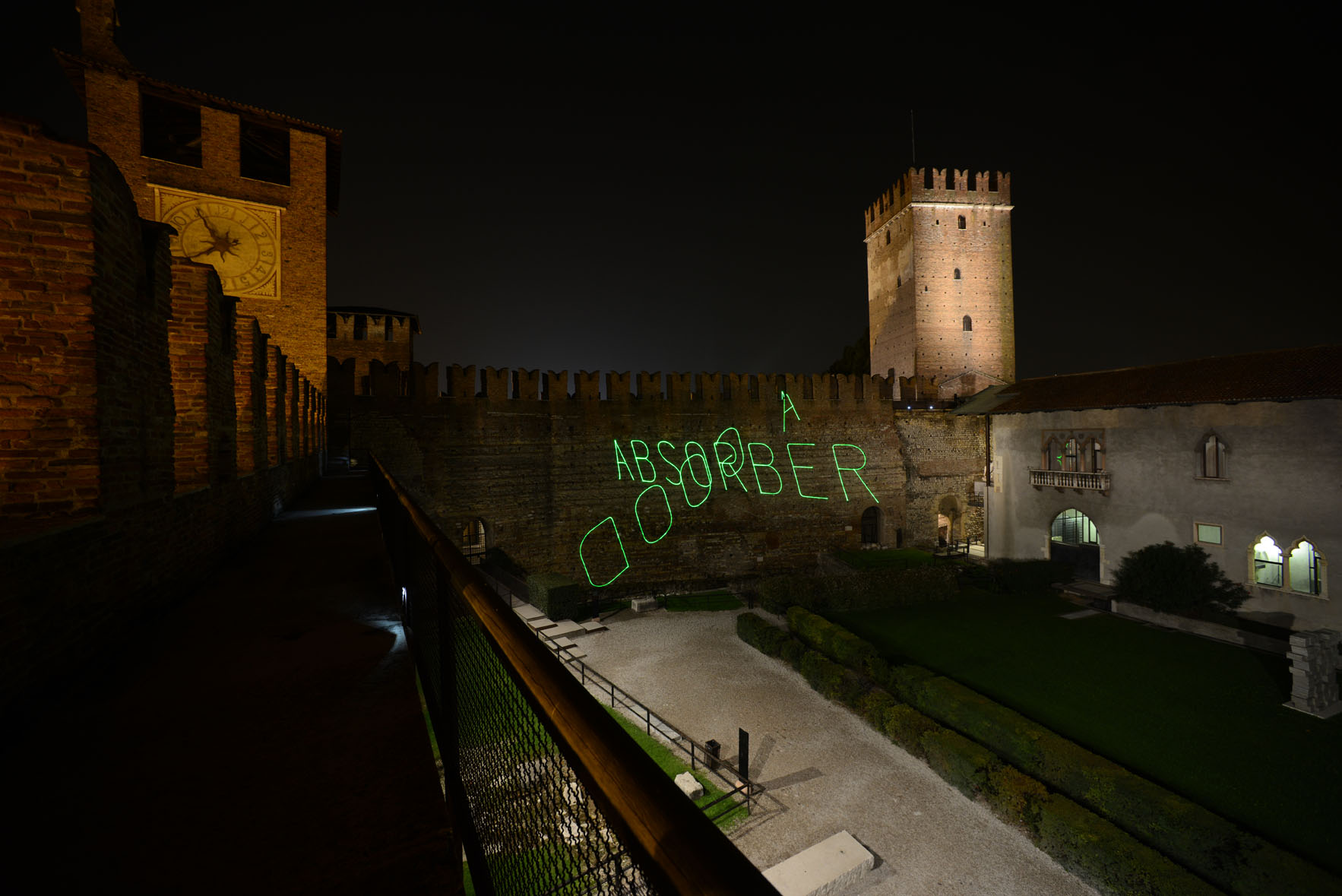 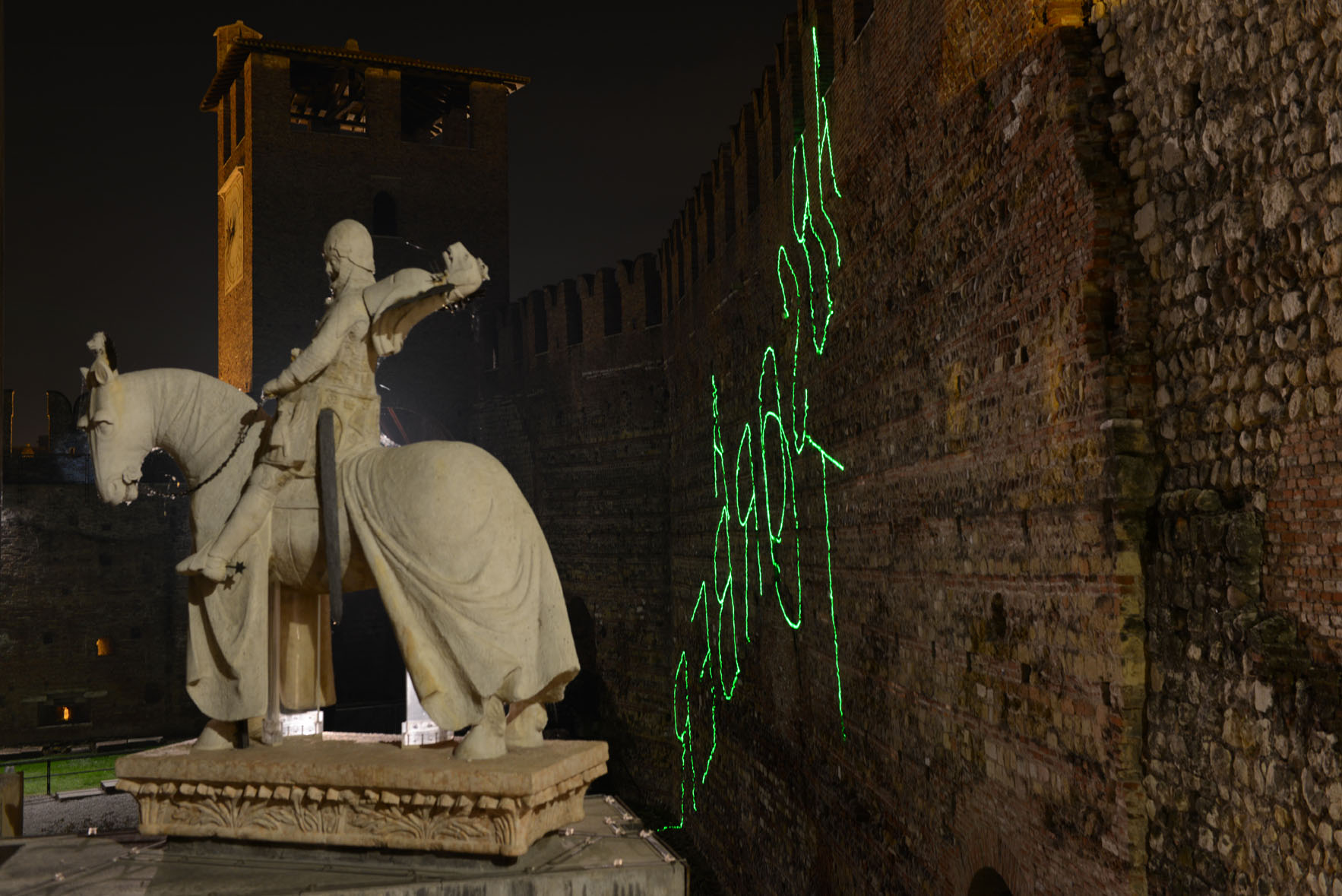 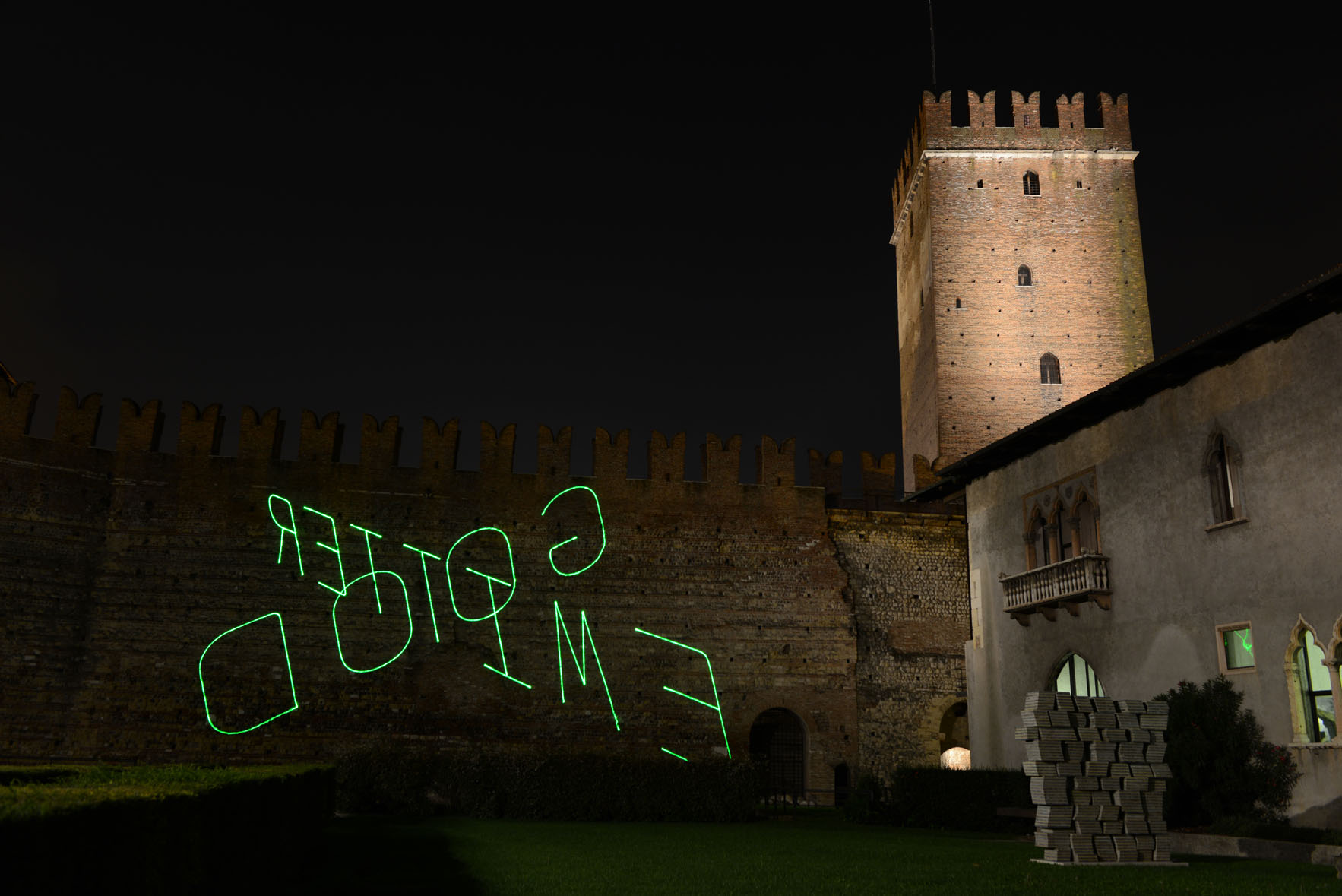 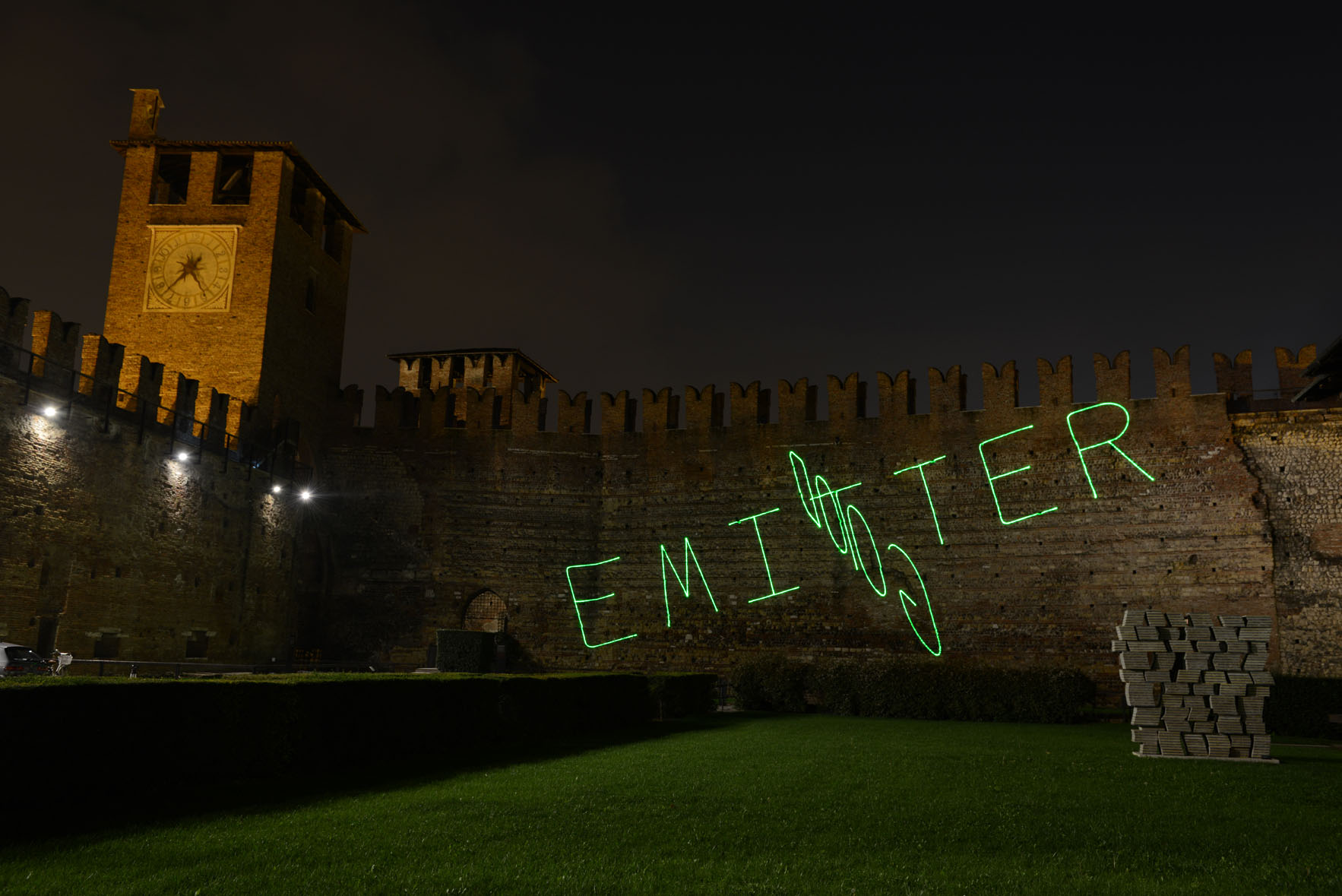 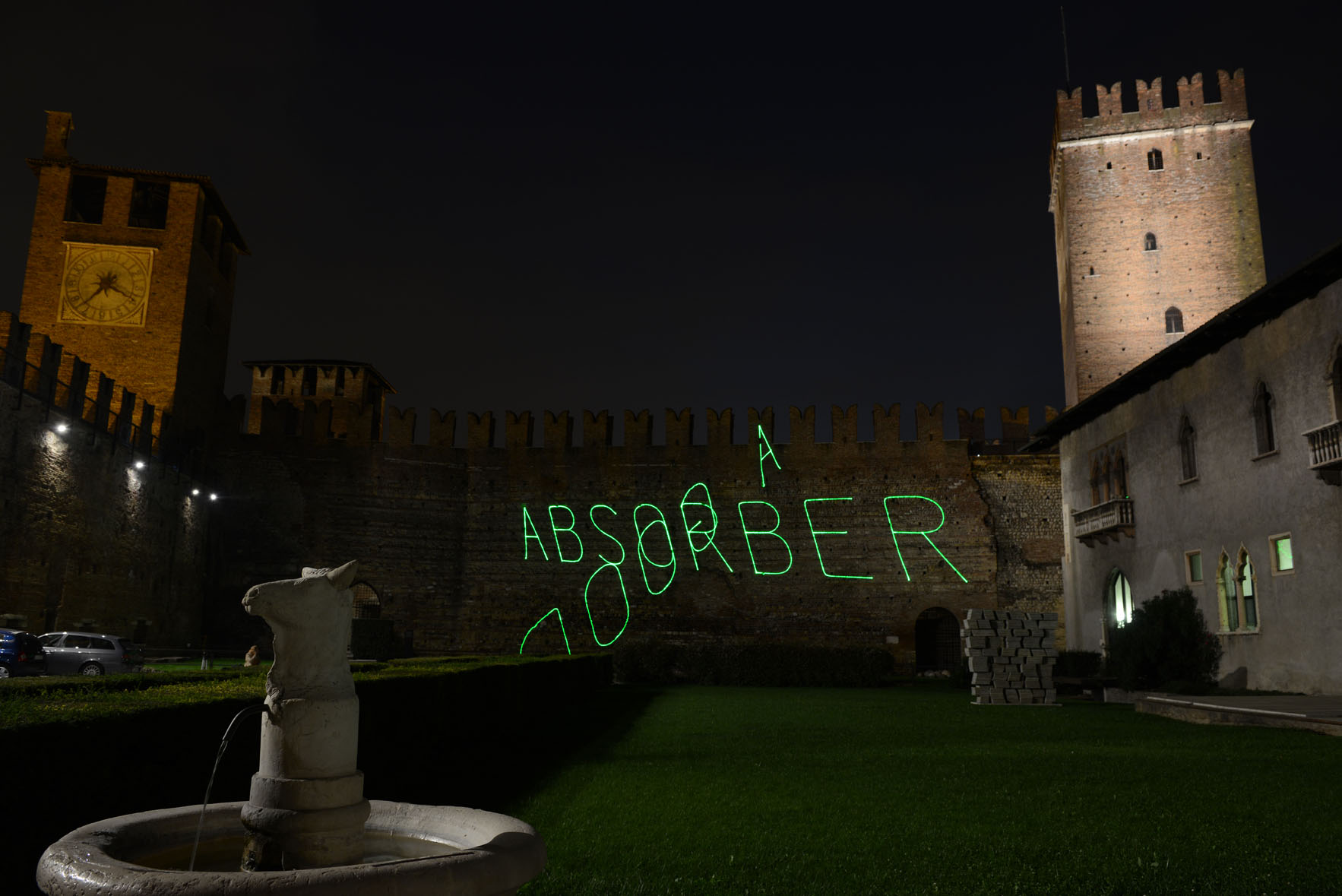 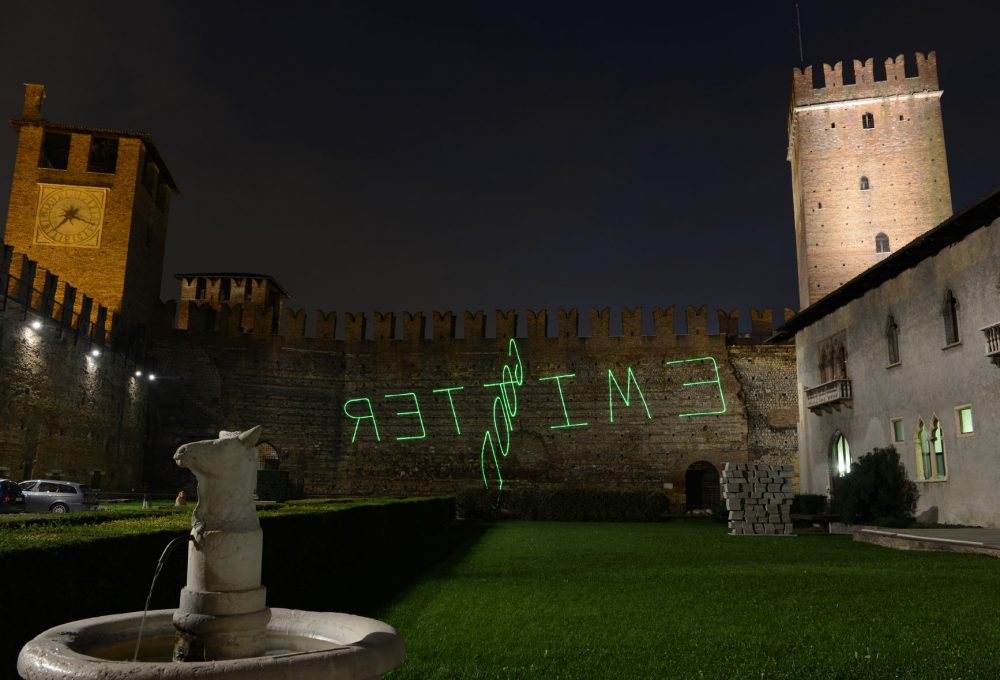 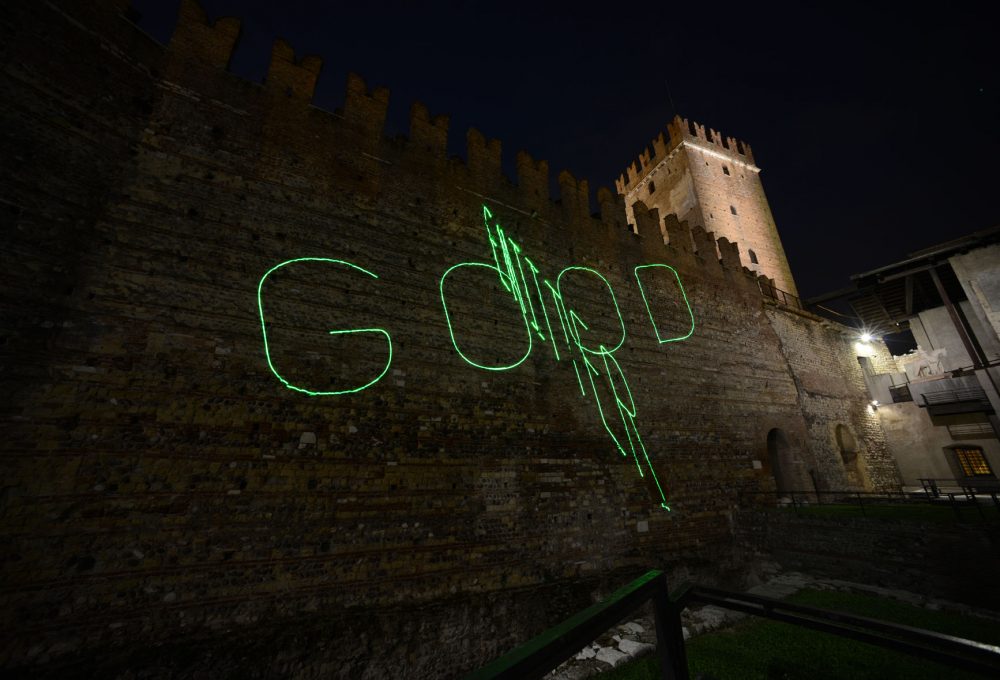 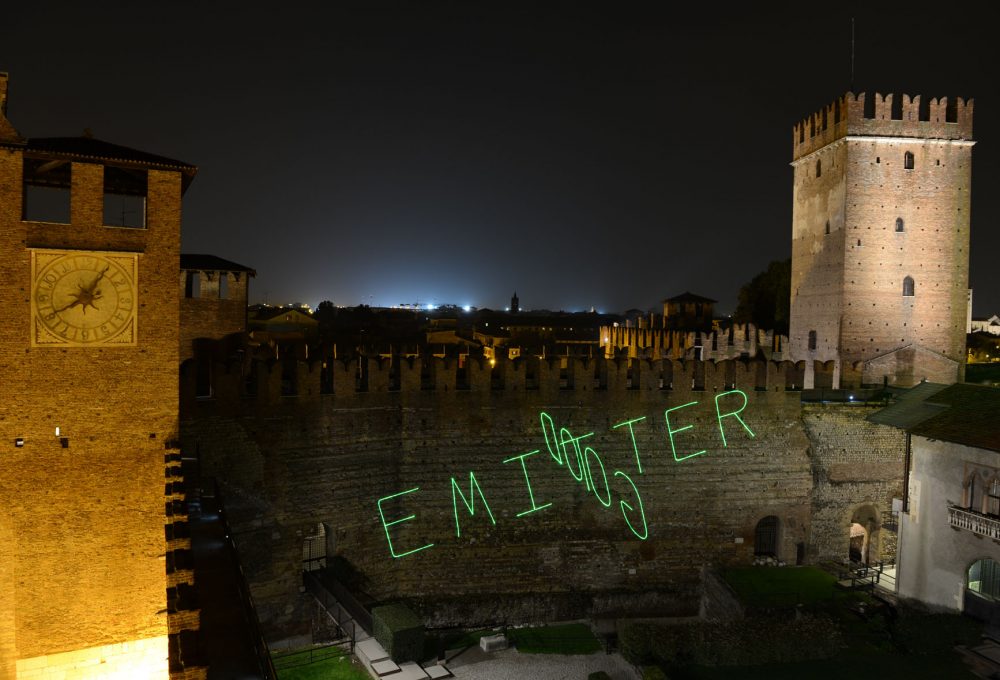 The project that Studio la Città presented for Guardandoci intorno, during ArtVerona 2012, involved an Arthur Duff’s laser projection on one of the walls of Castelvecchio Museum in Verona.
In his projections, the artist uses sequences of words combined randomly to create accidental expressions that can make sense or not. Their significance depends on the cyclic and fortuitous flow of laser photons. Every expression suggests something concrete and something abstract; every phrase, to become real, has to be seen in a specific spatial context, without which its implicit meaning is difficult to understand. Projected on the castle’s walls, the words acquire, even in this case, a physical space that sets their significance free.