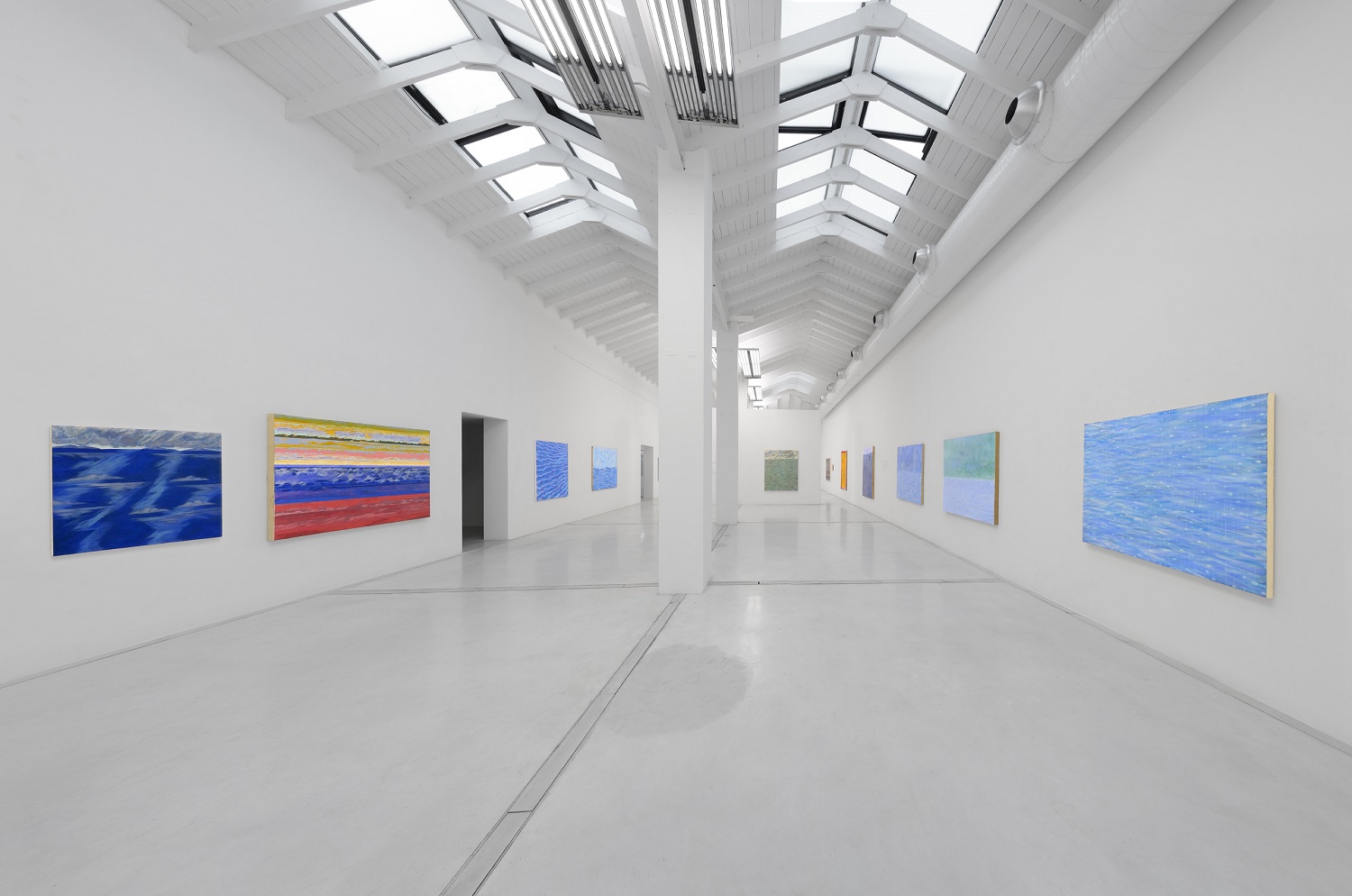 In 1973 Studio la Città held a group show called Iononrappresentonullaiodipingo – exhibiting works by Carlo Battaglia together with others by Rodolfo Aricò, Giorgio Griffa, and Claudio Verna – which was one of the first exhibitions of so-called Analytical Painting. It was curated by Maurizio Fagiolo dell’Arco who today, after forty-two years, looks back at that period, one that is now undergoing a genuine critical and financial rediscovery, by exhibiting a series of works by artists from the time. This is a confirmation of a choice made then that can now be proposed once more with the double aim of verifying the historical validity it had then, and the present value of an artistic trend that has still to be evaluated in all its critical and historical aspects.

But it is Mare, The Sea, that completes this moment for reinvestigation that Studio la Città is proposing to the public: in fact Mare is a series of works by Carlo Battaglia that actually deals with this theme of reinvestigation. It is an anthological selection of works representing the whole of his activity from the early 1960s – which are linked to Iononrappresentonullaiodipingo, of which Battaglia was a protagonist – to the early 2000s and the death of the artist in 2005. The theme of the sea is constantly to be found in Battaglia’s work (he was born in La Maddelena, by the sea, where he was to return in his final years), even when his sophisticated canvases were indicated as the quintessence of Analytical Painting: today, all types of conceptualism and critical ideologies have been abandoned, but what we see here is a dogged and almost obsessive relationship between the artist’s self and the painting which uses as a pretext – though one that is deeply felt – an element that is always the same and always iridescent: the sea. He analyses it in every possible mutation, in all conditions, and from every point of view. And from the whole itinerary there not only results the coherence of the painter, but also the coherence of painting itself, of which Battaglia was one of the most knowing and meticulous exponents.
Today the figure of Carlo Battaglia is the object of a careful examination by a group of galleries and a pool of attentive collectors, and this show is an important – and strategically thought out – step long the “journey of rediscovery” of one of the most significant Italian artists of the analytical period, as well as being a research into painting tout court, quite apart from trends and labels.

The exhibition has been organised in collaboration with the Fondazione Carlo Battaglia in Rome; it is curated by Marco Meneguzzo, the editor of the artist’s catalogue raisonné, and is dedicated to Carla Panicali, wife of the artist and great friend of Hélène de Franchis. 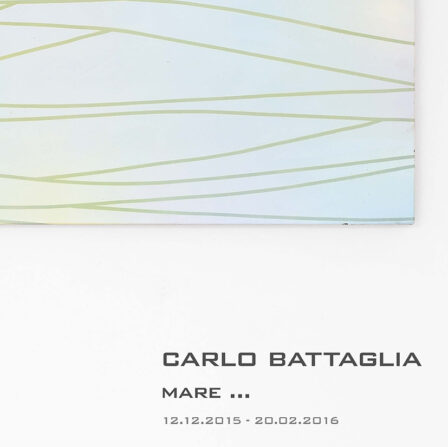