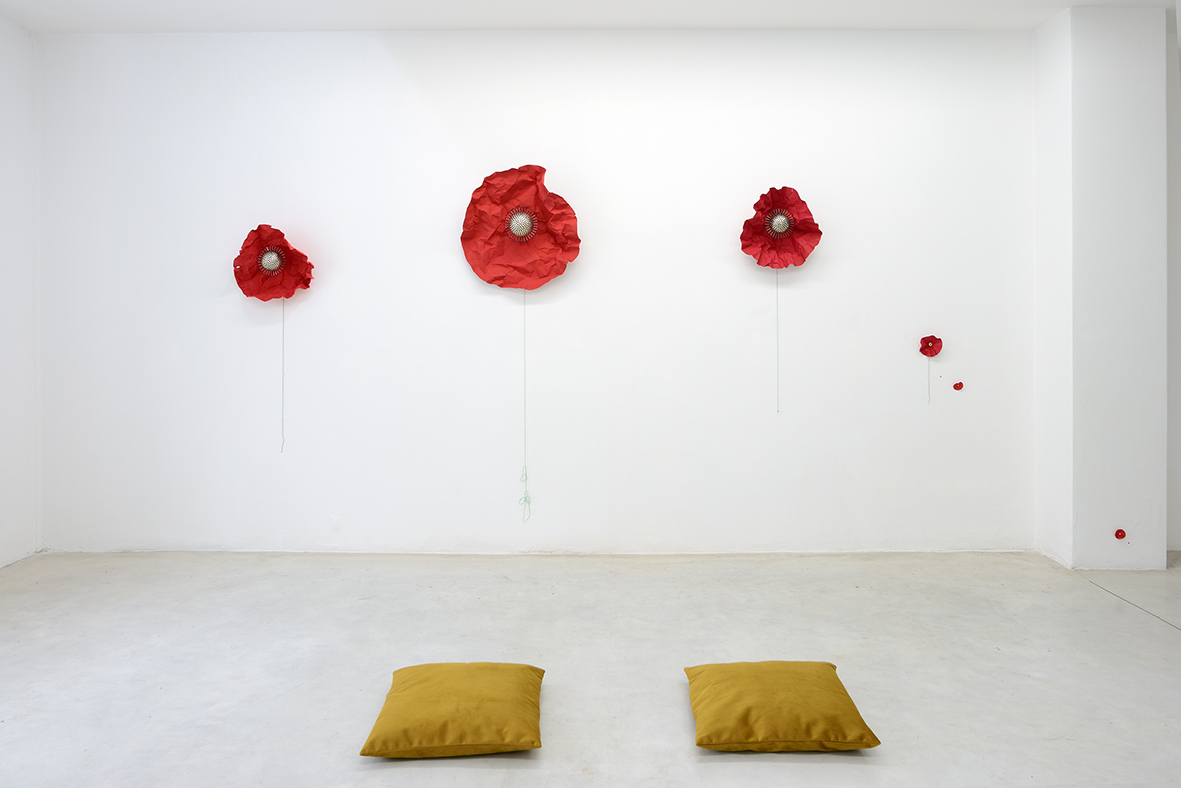 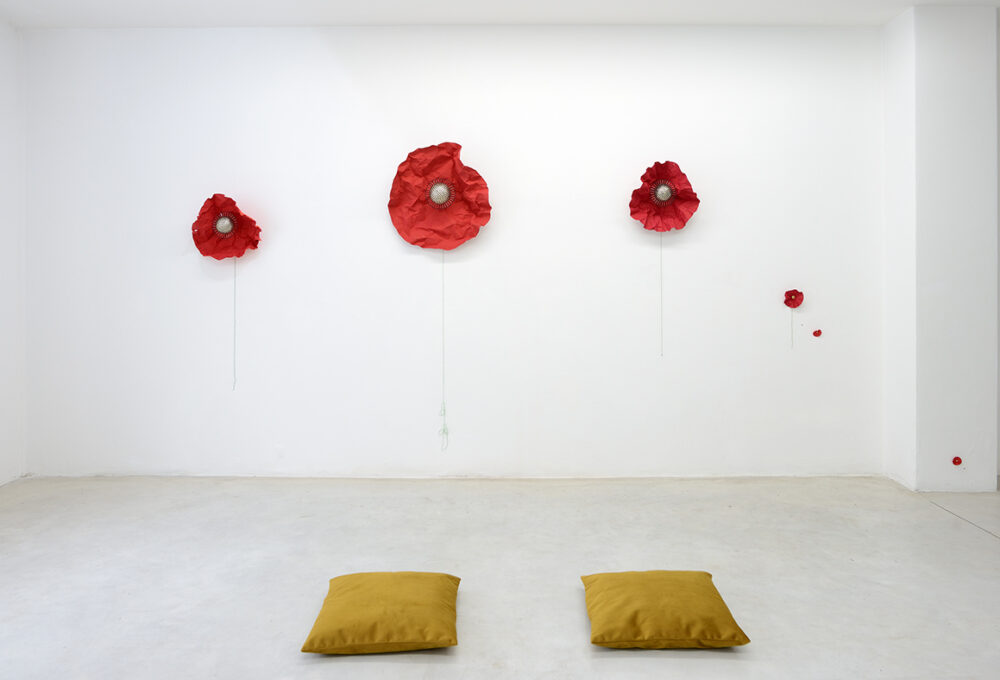 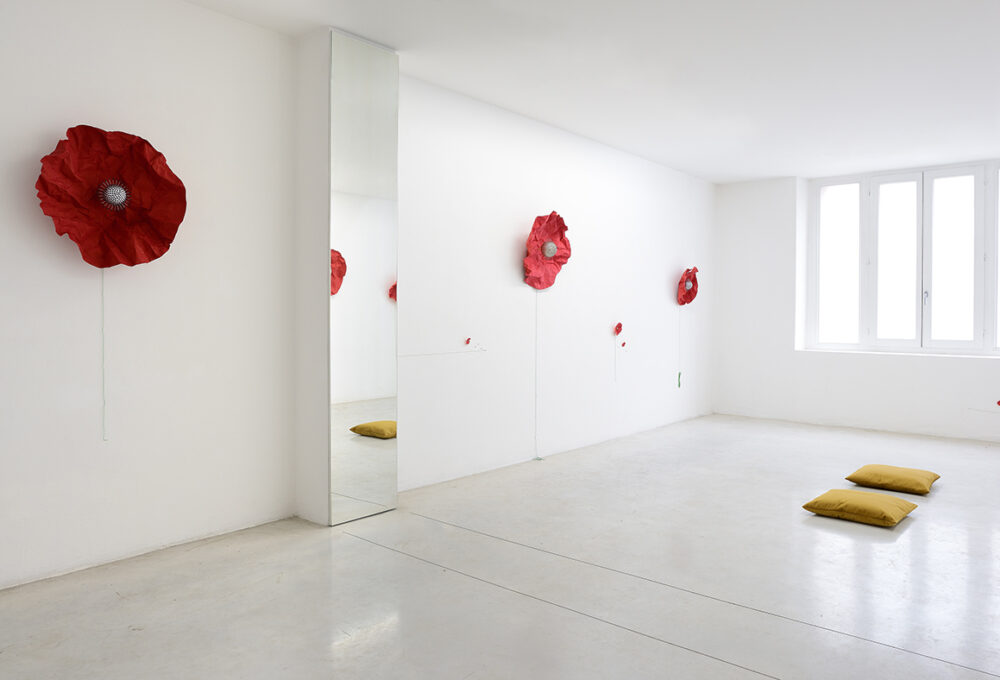 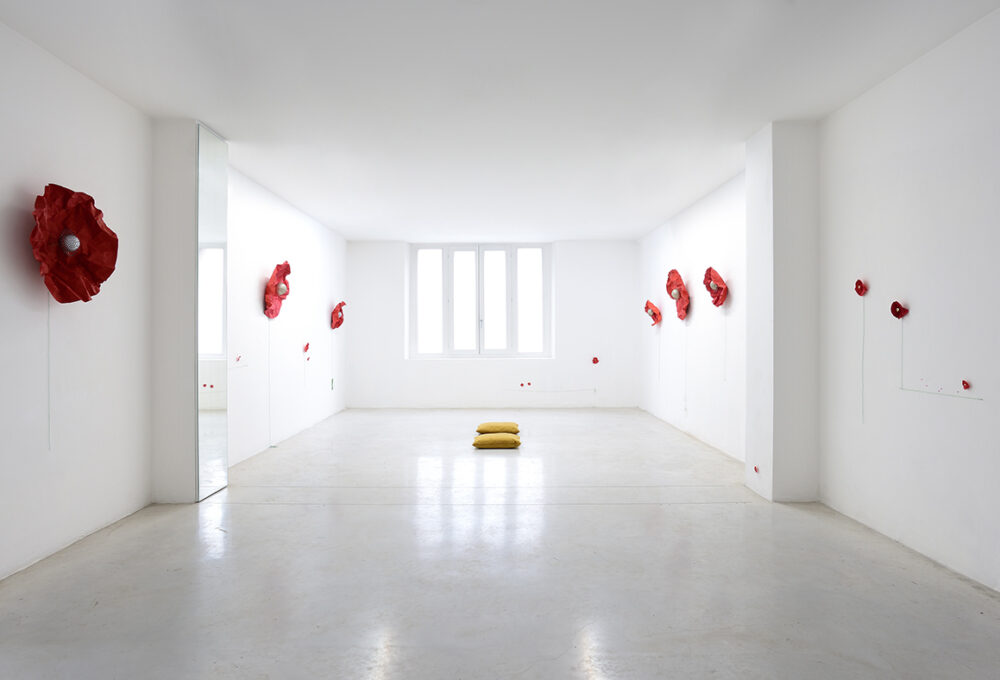 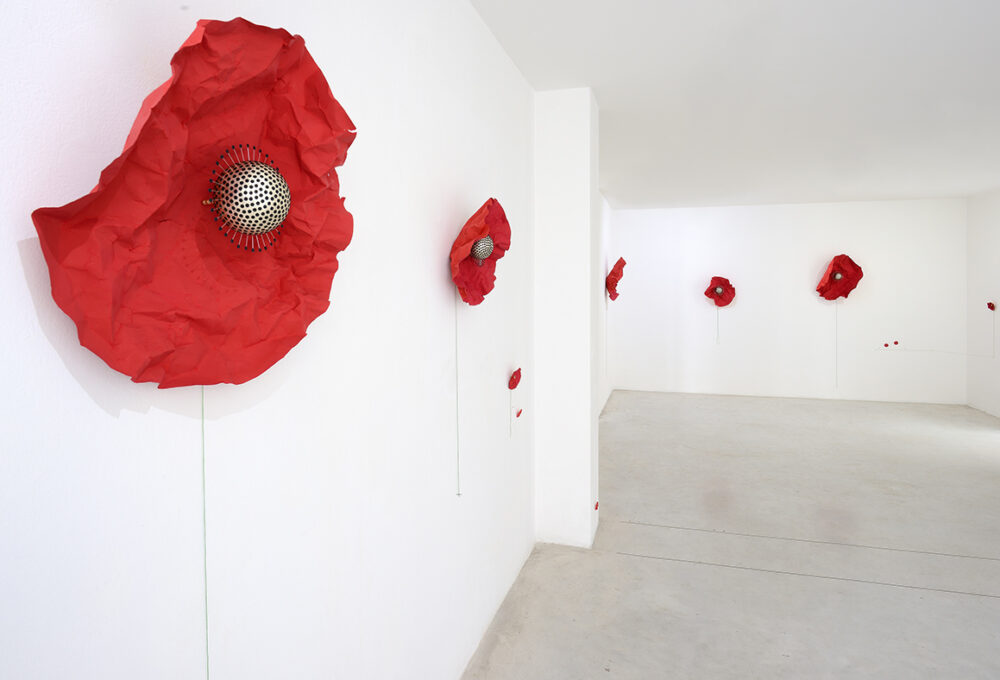 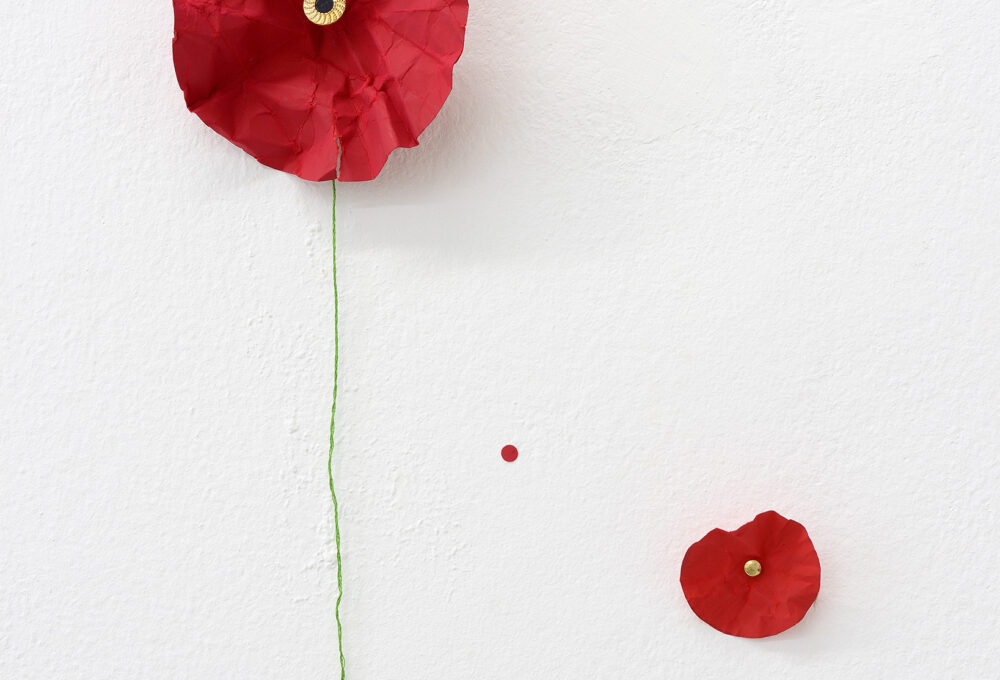 The “crinkly red” the title refers to is the unmistakeable colour of a specific flower: the poppy. And the poppy is the object of Zanoni’s show, a flower which, from a purely technical point of view, is described by the artist as a pivot holding up a painted and crinkled red sheet, while a shiny sphere lays out the pistils in a circle, simple pins that culminate in a coriander. This element, however, the flower, becomes far more than an object; it represents time, a memory, an emotion, the exact coordinate of a thought that is indissolubly tied to the colour red and that brings with itself an immediate feeling of happiness, light-heartedness, and lightness. A nostalgic return to the marvel of childhood, to the enchantment of nature, to the amazement for a flower lit up by the side of a road.