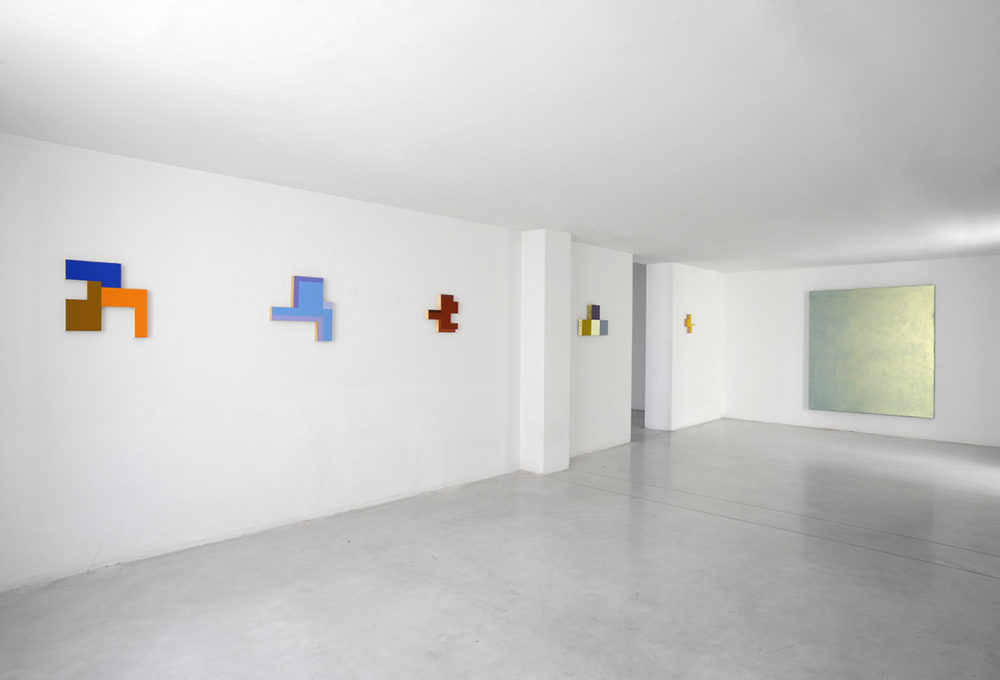 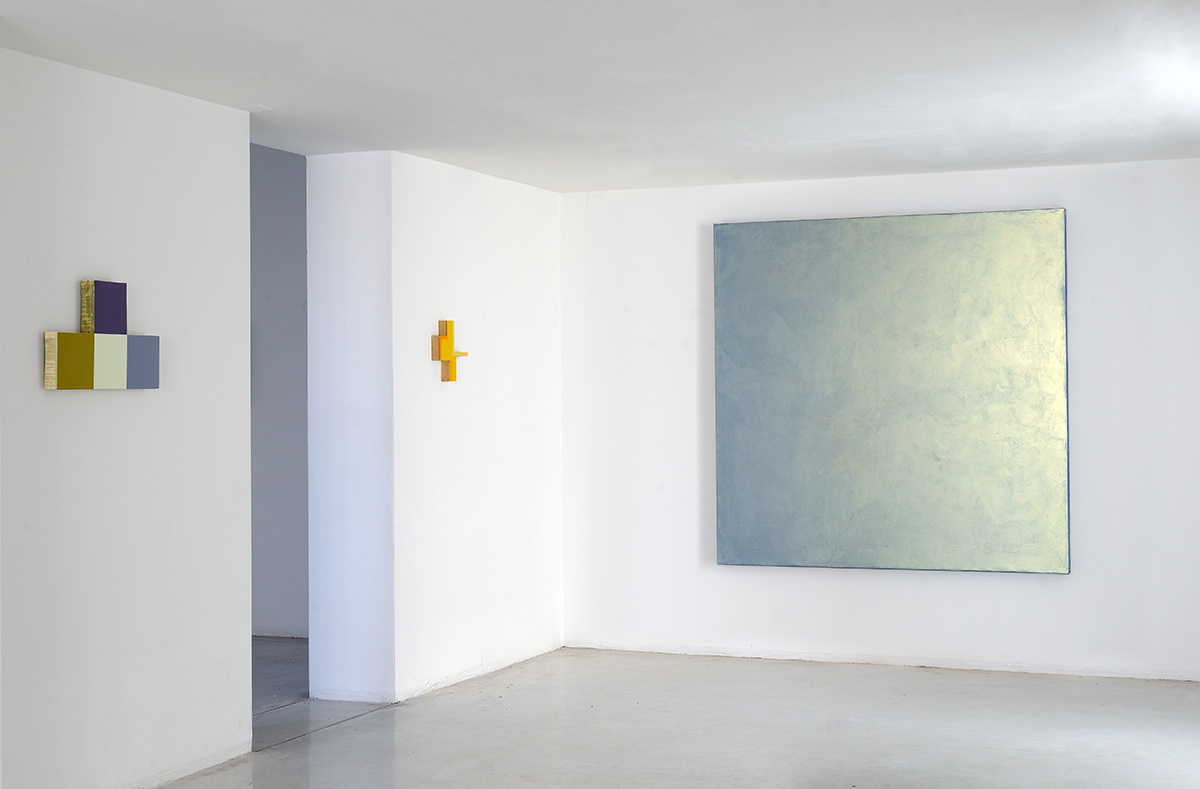 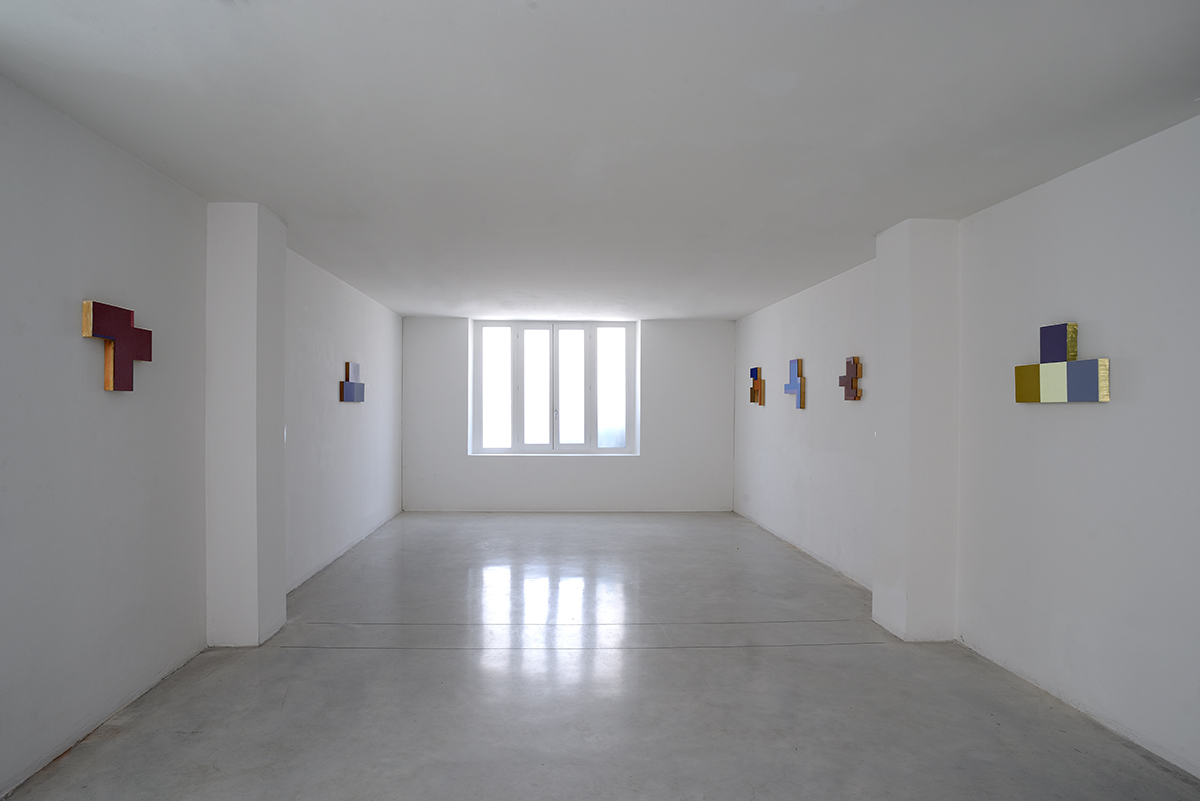 Among the exhibitions that are part of Summer Show, planned by Studio la Città for offering its visitors a new “summer” installation in its rooms, one room will be devoted to the works by the American David Simpson. We will be presenting for the first time in Italy his very special works from the 1980s: pieces in which the balance of colour has been engineered by the artist with the help of sharply-defined geometric forms.

In these canvases too the illumination and colour have a fundamental importance, but in a different way from the iridescent ones: their shaped structure, at times consisting of flanked or superimposed squares, inevitably implies a close dialogue between volume and colour, the area of this artist’s research ever since his beginnings in Berkeley in the 1950s as one of the American abstractionists.

In fact, as with his better known works from the end of the 1990s, in this case too Simpson’s paintings are neither referential nor allegorical, and the transformations of light and colour that they generate are not simply optical but genuinely experiential.

Perhaps here more than in other works we can perceive his close relationship with the history of post-war American art and the direct evolution of these works from those of such abstract painters from halfway through the twentieth century as Ad Reinhardt, Mark Rothko, and Robert Ryman. At the same time, the study of light, colour, and form can also be found in the Minimalist context that generated the linear and fluorescent compositions of Dan Flavin or the immersive and luminous installations by James Turrell and, more generally, the Californian Light and Space movement.

The human spirit, light, the human soul, energy; all are part of this same thing, and art is one of its signs. All art that celebrates life, no matter how trembling and uncertain, gives off sparks of this light and energy. Rothko’s paintings give it, as do the frozen moments of Vermeer, Monet, Delacroix and the hundreds of anonymous medieval artists who illuminated book pages, created glass windows and lit their sculpture by placing it within the darkened niche.

It may be old fashioned to say that art should be redemptive, but I believe it should be when it can.
(David Simpson)

During the the opening, Marco Meneguzzo will present the English monograph: David Simpson, Works 1965-2015, published by Radius Books, with texts by Louis Grachos, Jonathon Keats, Kenneth Baker and David Simpson. The book is an explanatory summary of the artist’s works created between 1965 and 2015. 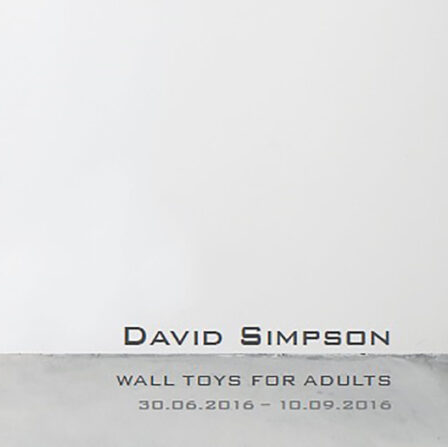