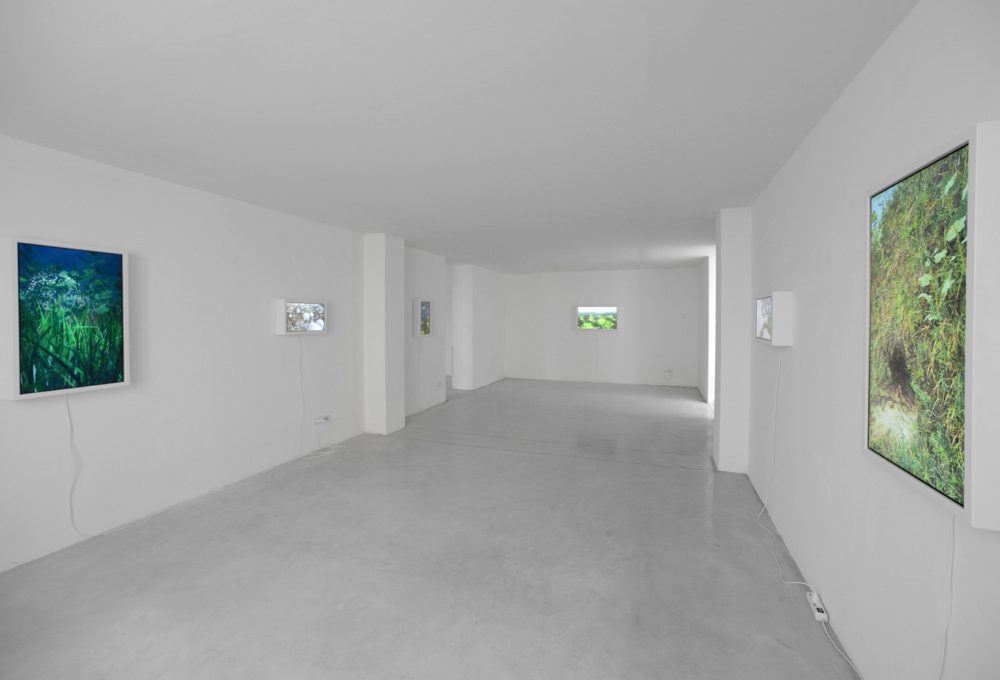 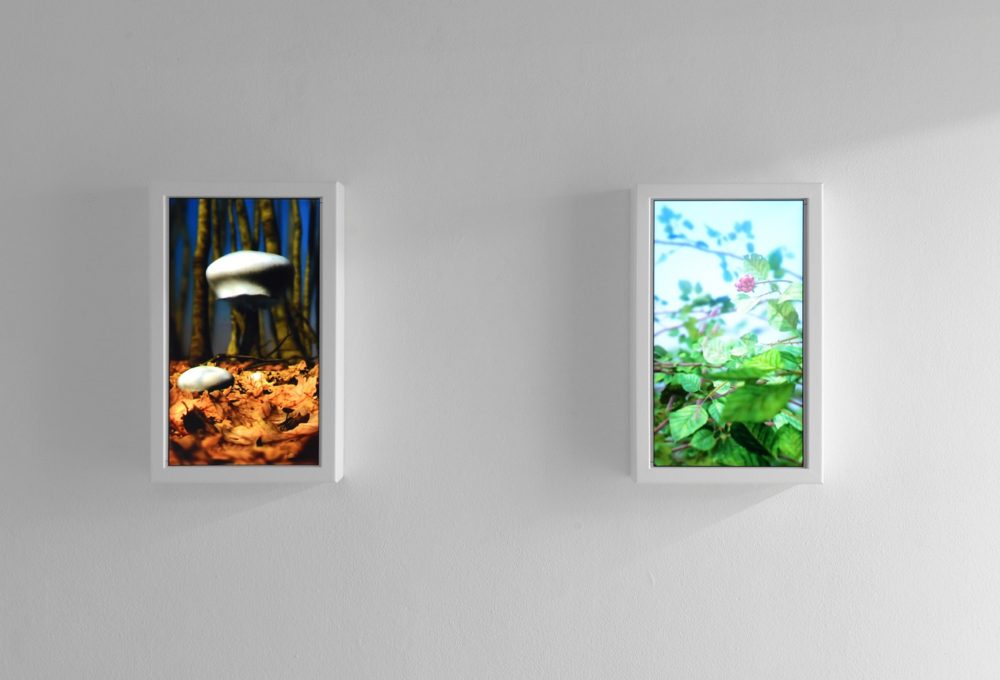 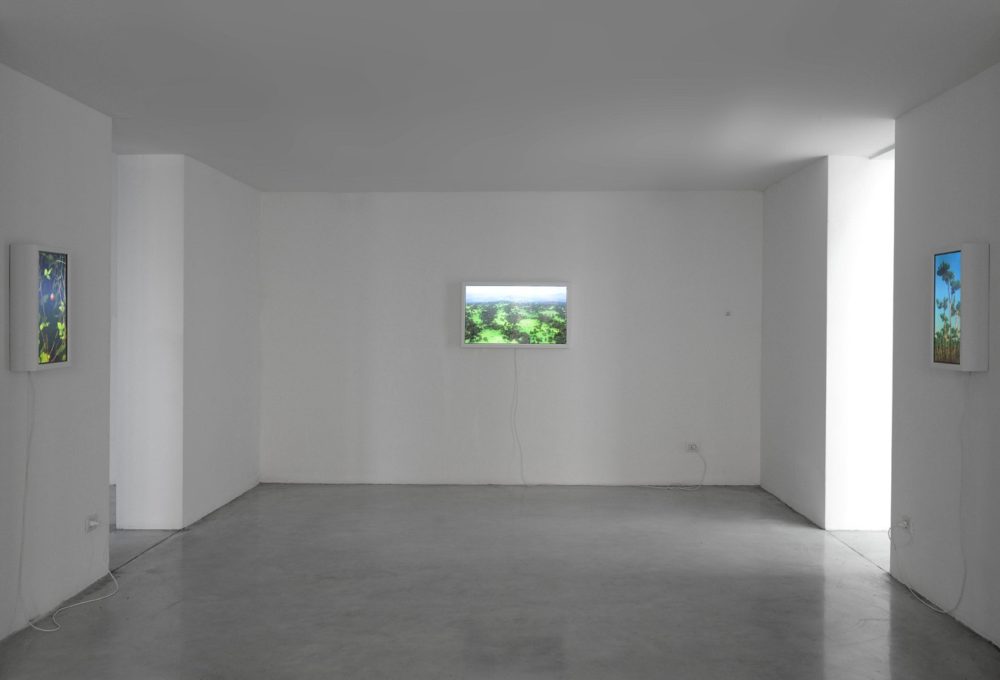 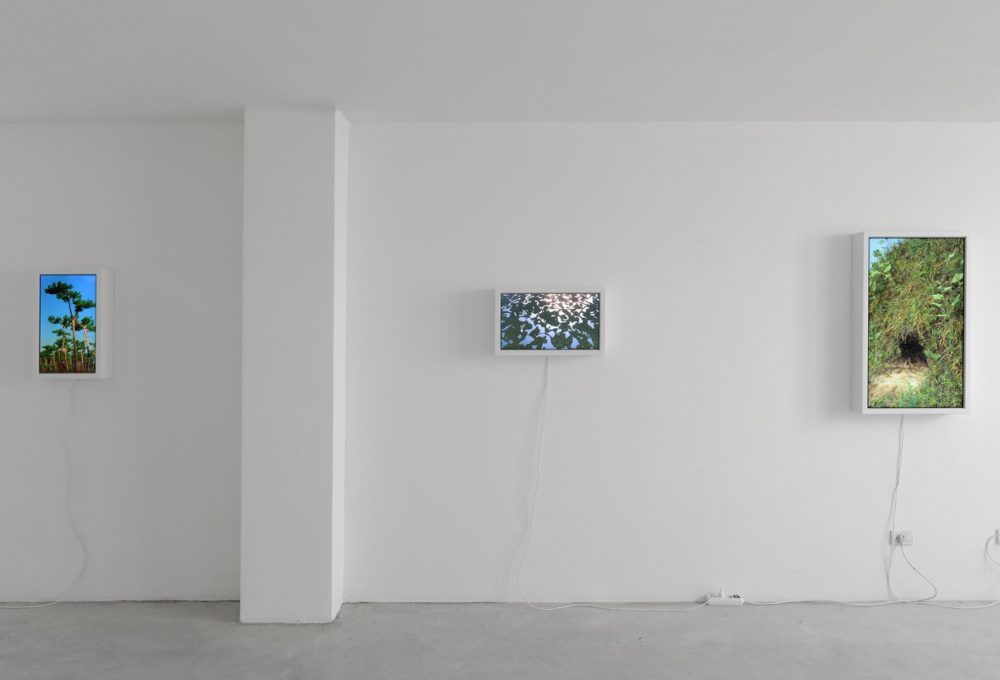 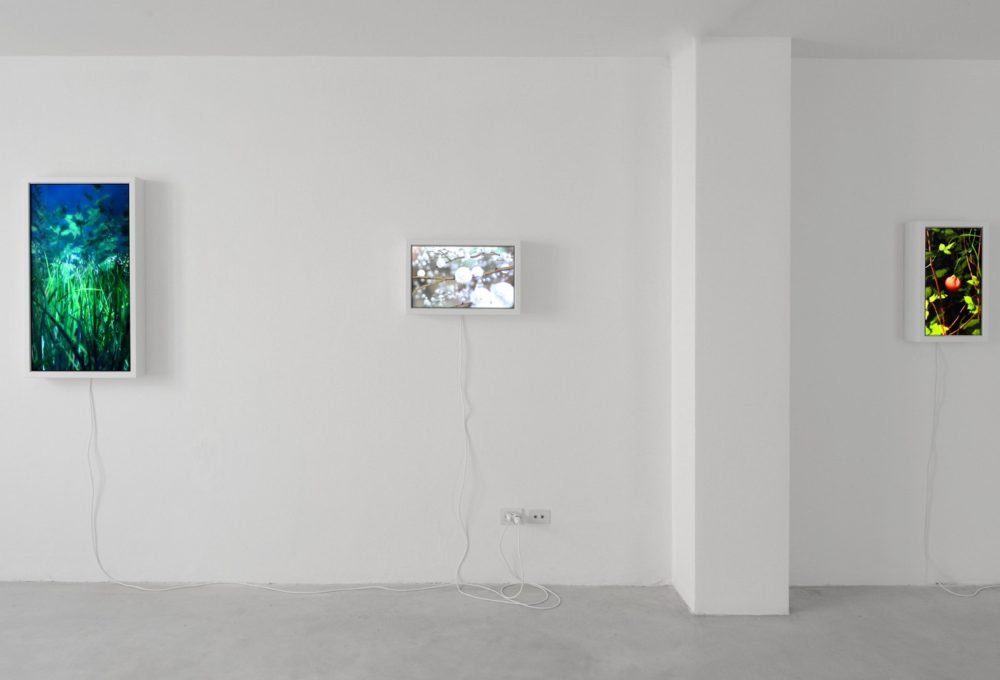 Eelco Brand (Rotterdam 1969, lives and works in Breda) has began is artistic career as a traditional painter and during the 1990s began to use the 3D computer animation creating videos that may go beyond the static effect of the painting. His works are short digital animations that reconstruct fragments of landscape inside which reality doesn’t exist. They don’t have neither beginning nor narrative development and for this reason can be seen as “moving paintings”. The reference to
the theme of nature in his work is constant. He shows us the wonderful variety of plants, clouds, fog and mosses, transporting us into the darkness of a forest of fur trees. A way to remember that we’re every day conditioned by a global system made up of science and rationality and an instrument to start feeling again an intimate contact with the mysteriousness of nature. 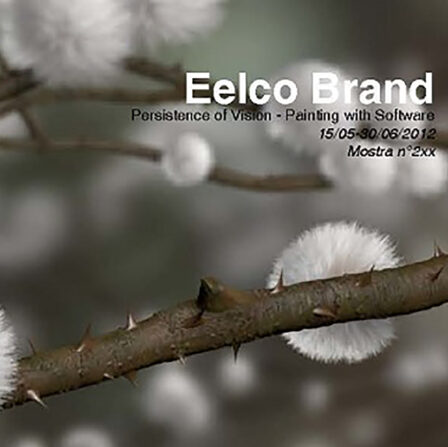