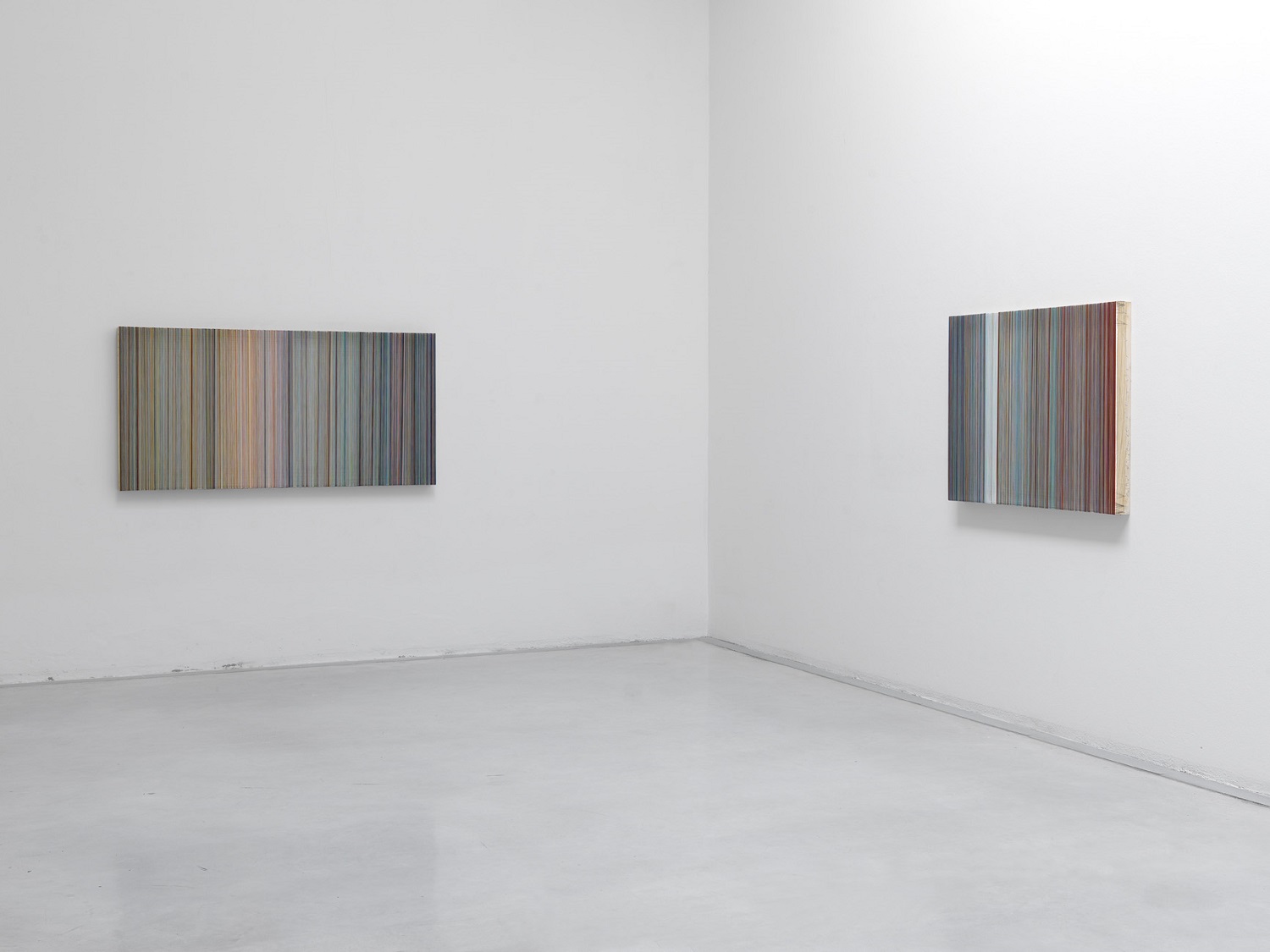 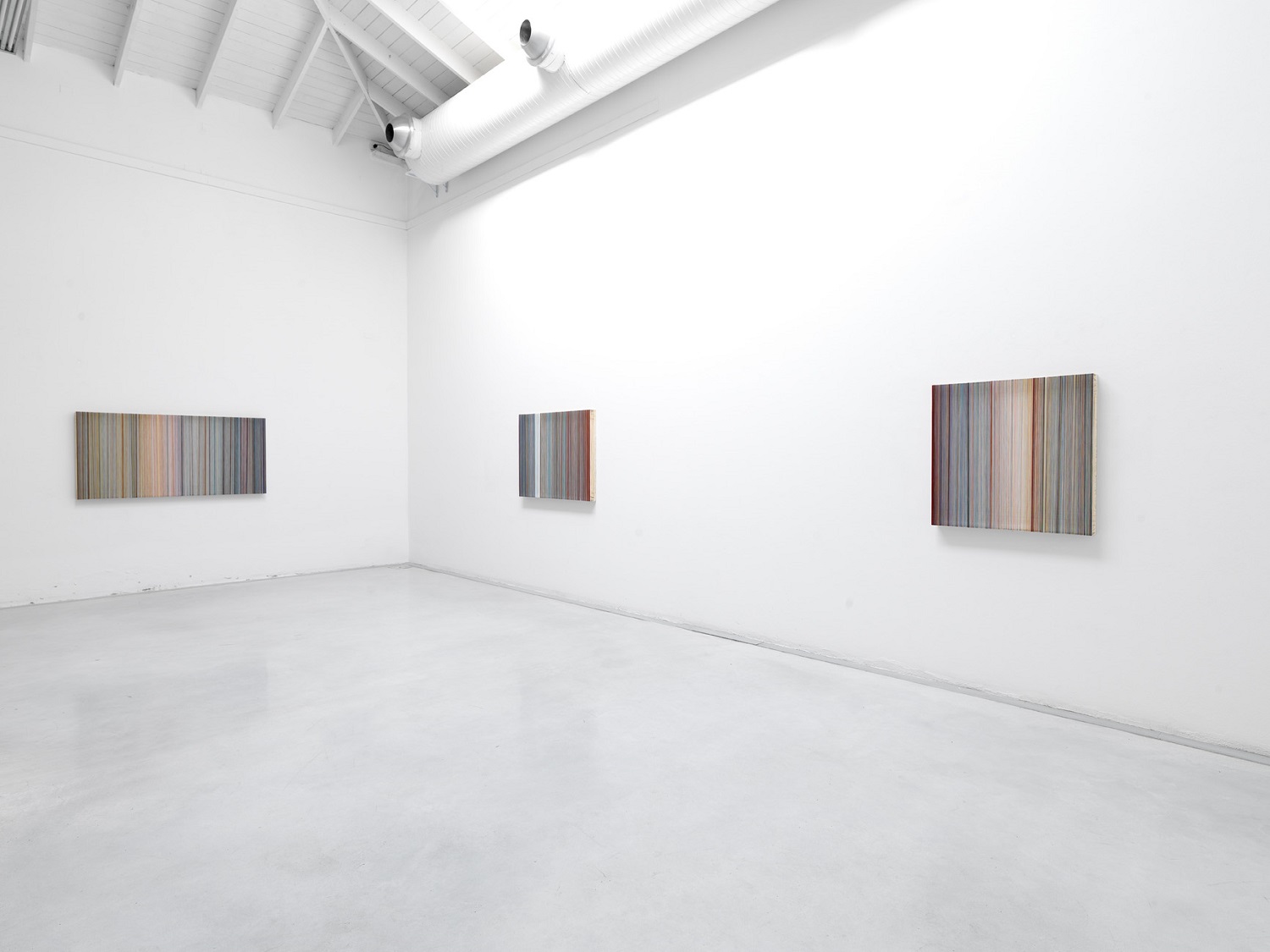 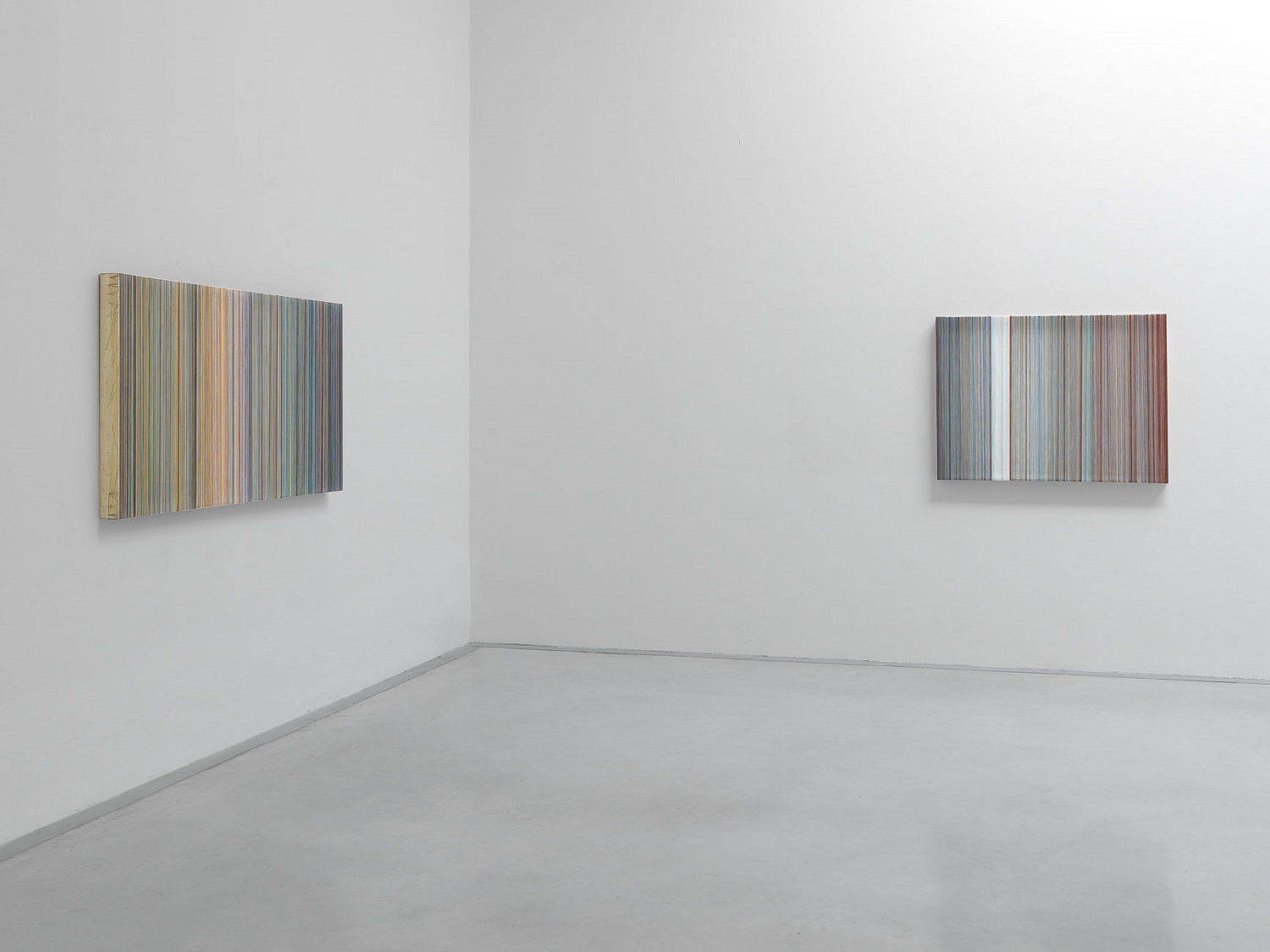 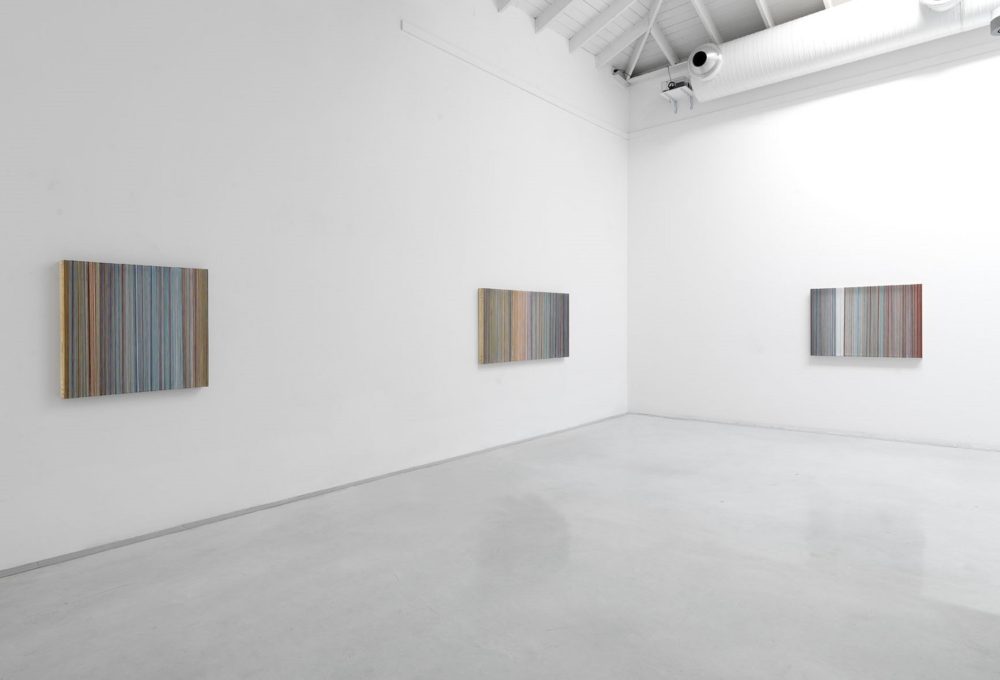 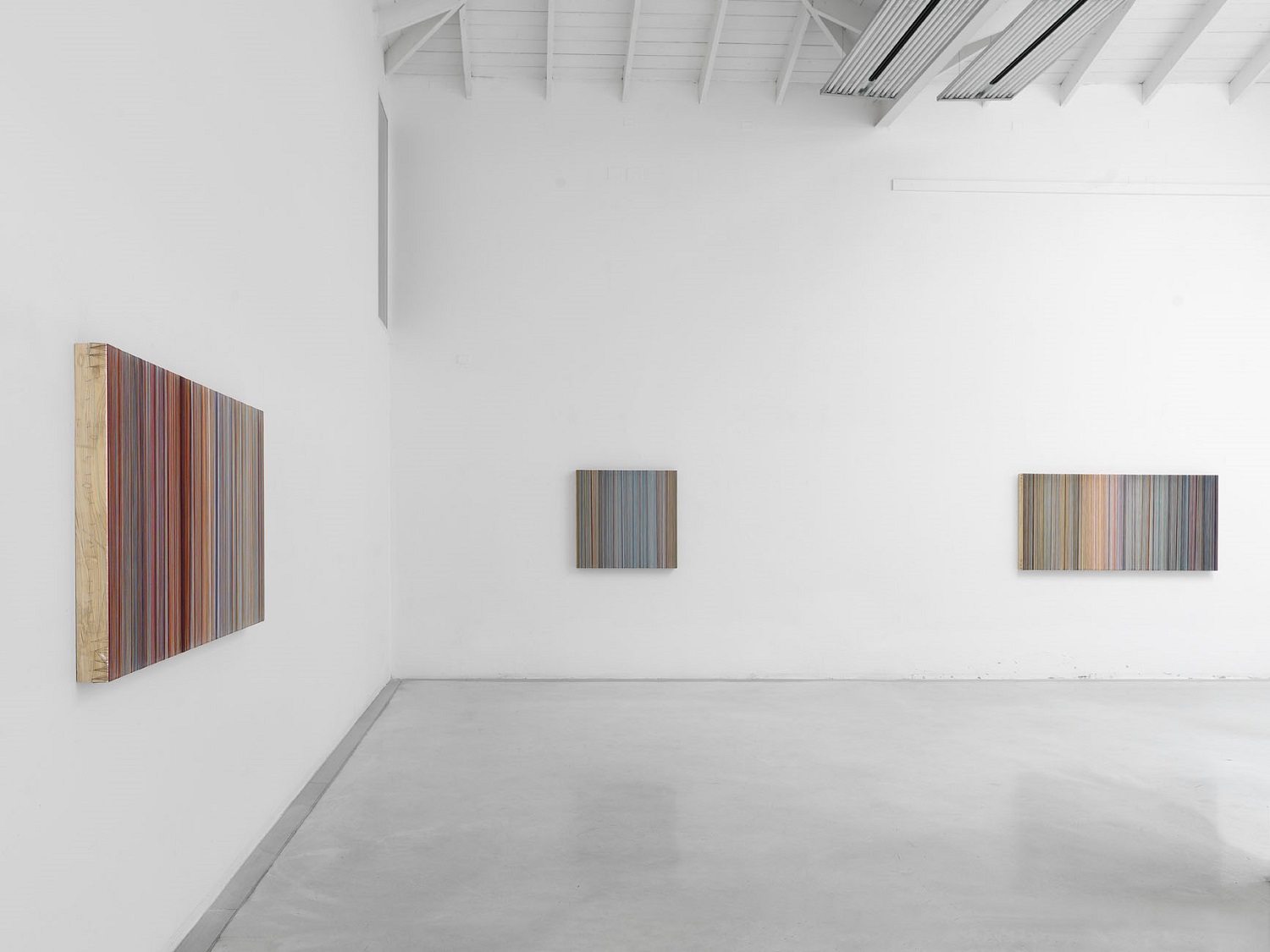 Studio la Città is pleased to present a solo show by the American artist Emil Lukas, the principle subject of which is his new polychrome works of threads nailed to canvas.

Emil Lukas uses a vast range of materials, from plaster to wood, canvas, and refuse.

His works, however, cannot exactly be categorized as either painting or sculpture: they are, rather, simply three-dimensional and consist of various superimposed layers in which interior and exterior, surface and support, lose their hierarchical distinction and become equals. Lukas’s abstract language is varied and complex since he uses impersonal techniques that are always different: he might stretch a mile of threads over a stretcher to obtain magnificent effects of light and dissolving colors – as is the case in this show -, or he might exploit the blind energy of insect larvae which, as they move over drops of paint on paper, form fascinating networks, or else he might make plaster and resin casts of sheets of bubbled plastic to obtain dots of fantastic colors.

As the artist himself said in an interview with Harry Philbrick last year:

I was first attracted to thread when I traveled in Germany in the late ‘80s. At the time, the thread company Gütermann had huge racks with more than seven hundred spools in different colors on display in garnment stores and drugstores. The dramatic visual effect fascinated me. I now have a similar rack in my barn. While the G ütermann threads are polyester, I’ve always had a fascination with silk. In 2011 I was fortunate enough to meet Ermenegildo Zegna, who acquired one of my thread paintings. He invited me to visit the Zegna mill in Triviero, Italy, and consider a commission. I was impressed by the working mill and the Zegna archives, which contained scholarly research about fiber, color, density and pattern. I picked out a pallet of silk thread from which I made paintings, including those for Zegna and one now in the collection of Crystal Bridges Museum of American Art. Silk is very fine, thinner and more translucent, compared to polyester thread. These attributes allow me to make paintings that have a softer, more ethereal appearance. 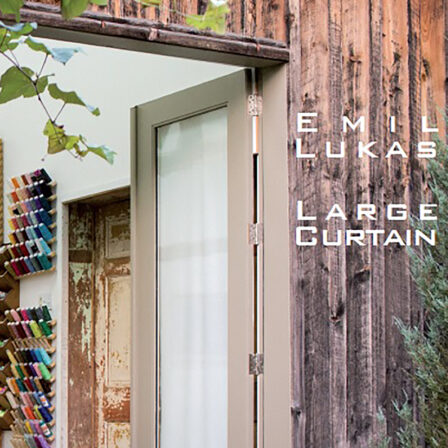