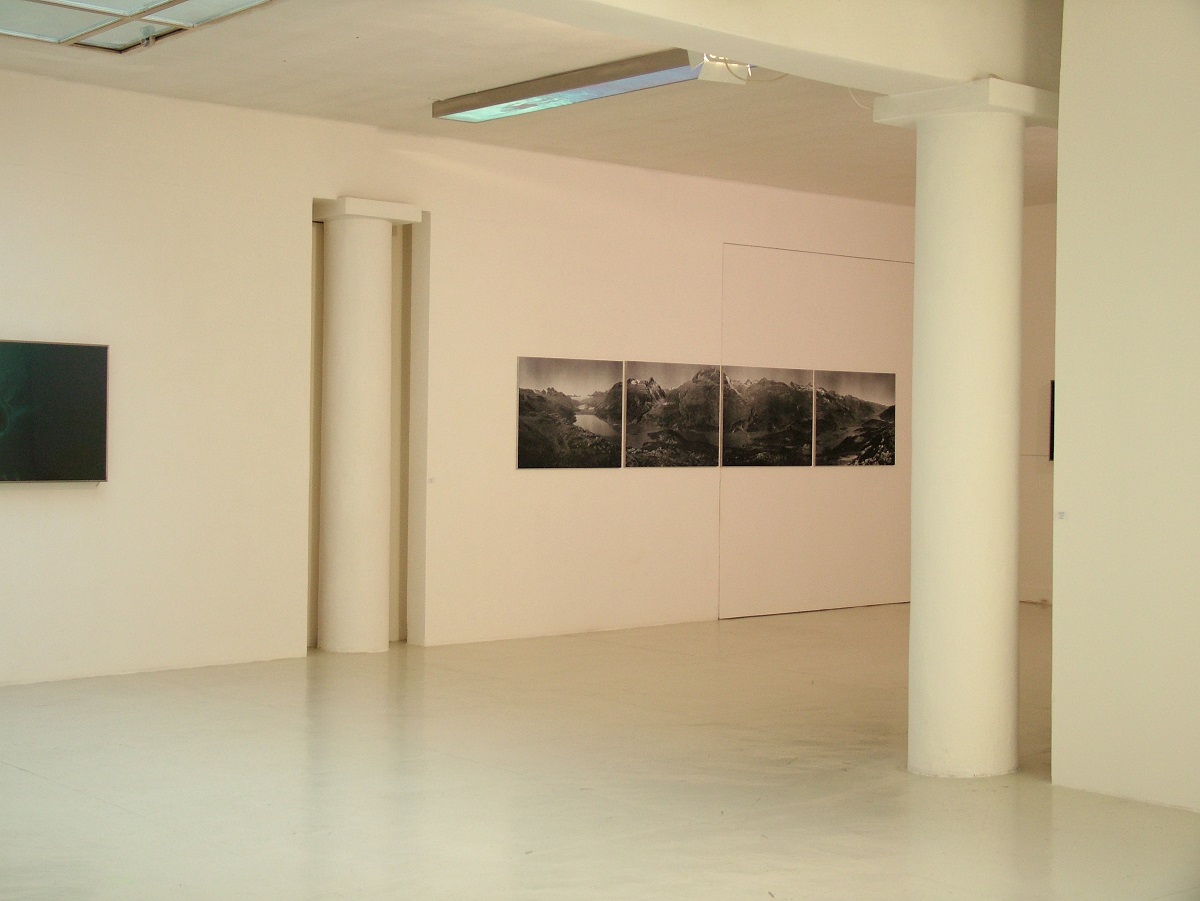 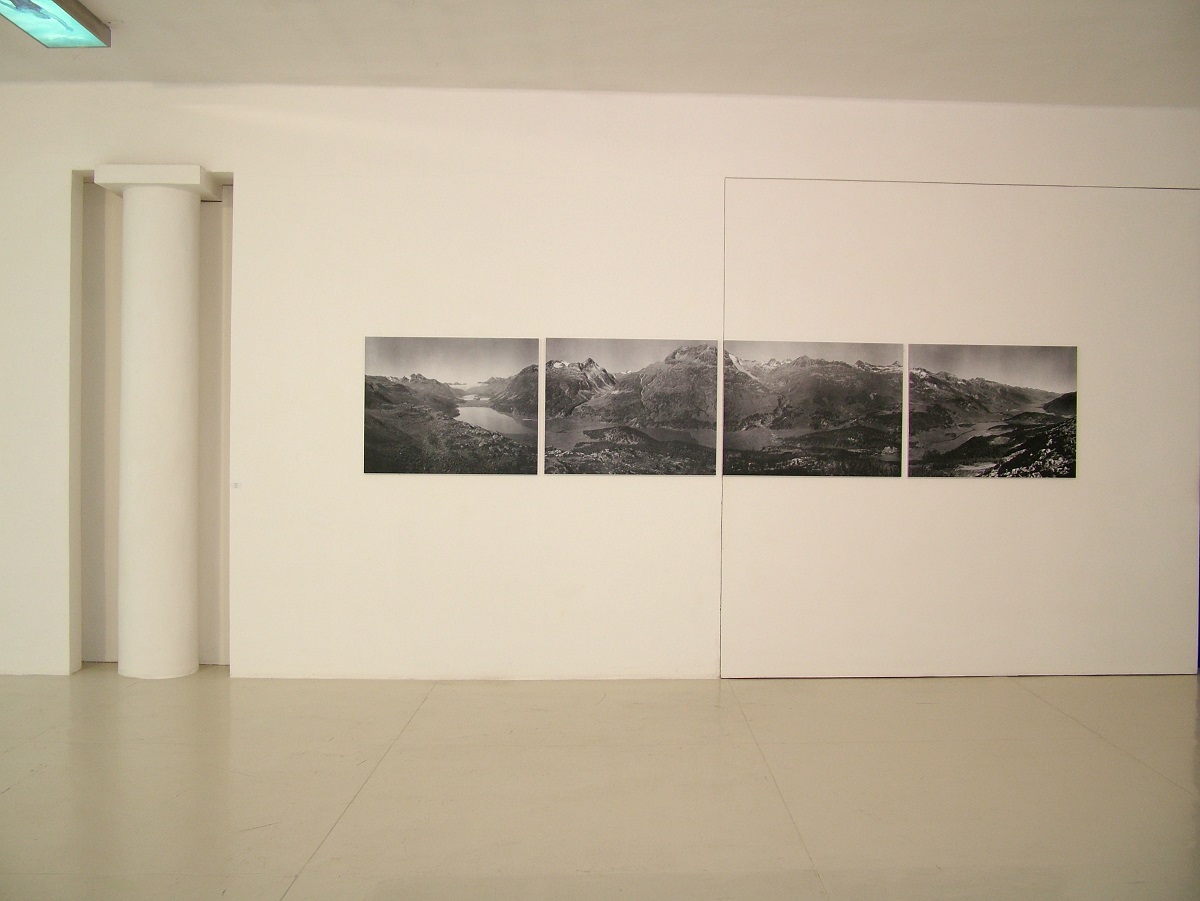 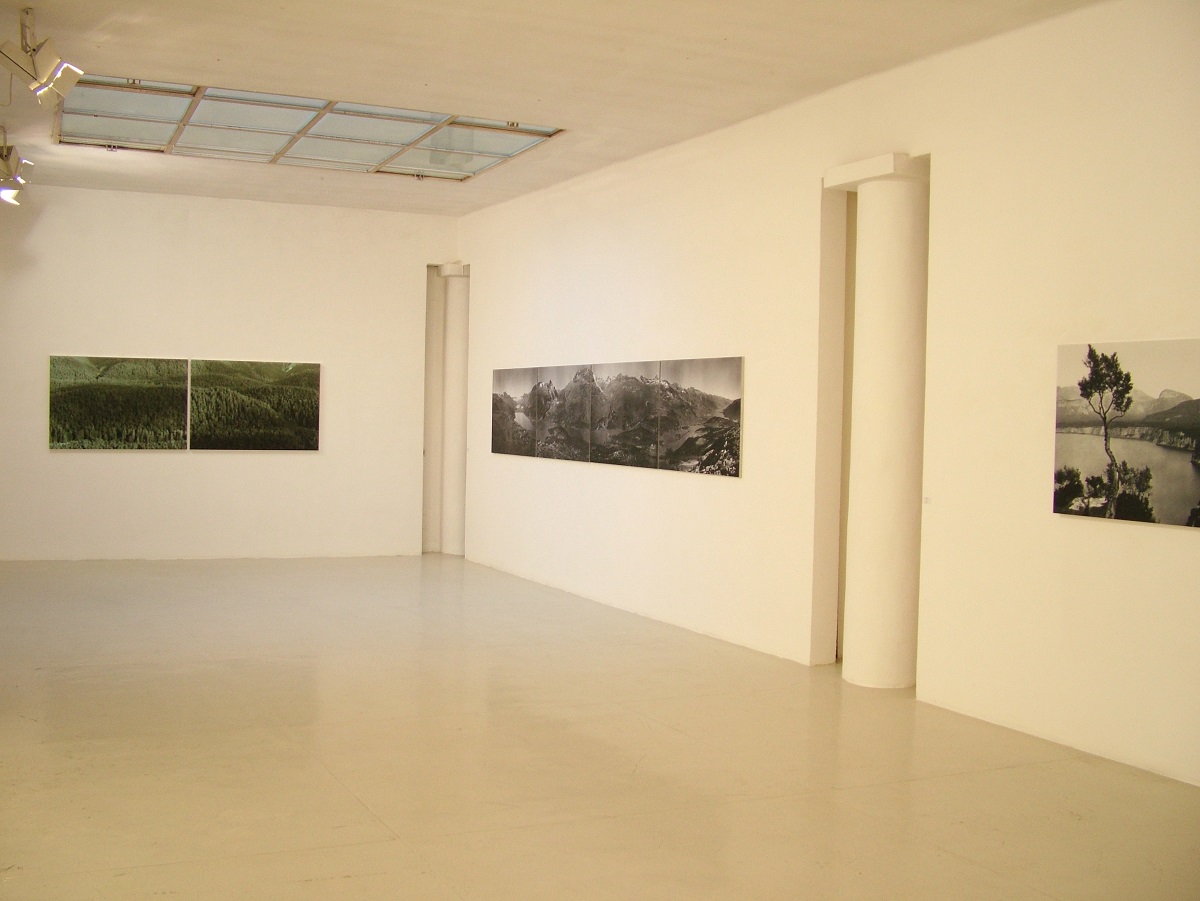 What, the author Gianni Celati asked himself, can we expect when we ask someone to describe a landscape? At the most we expect him to describe the things we already know, the things that he firmly fixes in a frame in order to make them recognisable, like a postcard. The postcard is certainly the tourist landscape par excellence, a small visual compendium reduced to a stereotype, congenial for recreating the traveller’s journey, a peripatetic reminder, both stateless and cosmopolitan. However real they are, and despite the persuasive effect of the photographic means, Florio Puenter’s landscapes are not in any way authentic. Contrary to an old proverb that says ‘when something is missing, it’s best to pretend it’s there’, in Puenter’s photos we feel that something has changed or, rather, that something is missing. By remaining faithful to the original composition of the image, and by using tones of green and blue in order to suggest the atmosphere of tinted photos, Puenter recreates the same landscapes previously portrayed but aware as he is how architecture has swallowed up nature, and not vice-versa he leaves out the buildings and reestablishes a purist perception of the habitat. The outcome is silent panoramas, lonely horizons in which the human dimension disappears or at least is hidden (the mirroring waters of a lake might, however, at times reveal the reflection of some urban settlement that has been otherwise removed by the computer). For Puenter this is neither about recreating an earthly Eden nor about a new Arcadia. On the contrary the artist refuses any allusions to ancient times by setting side by side past and present, nature and artifice, in a circular manner and in order to arrive at a maximum of landscape ‘revisionism’.