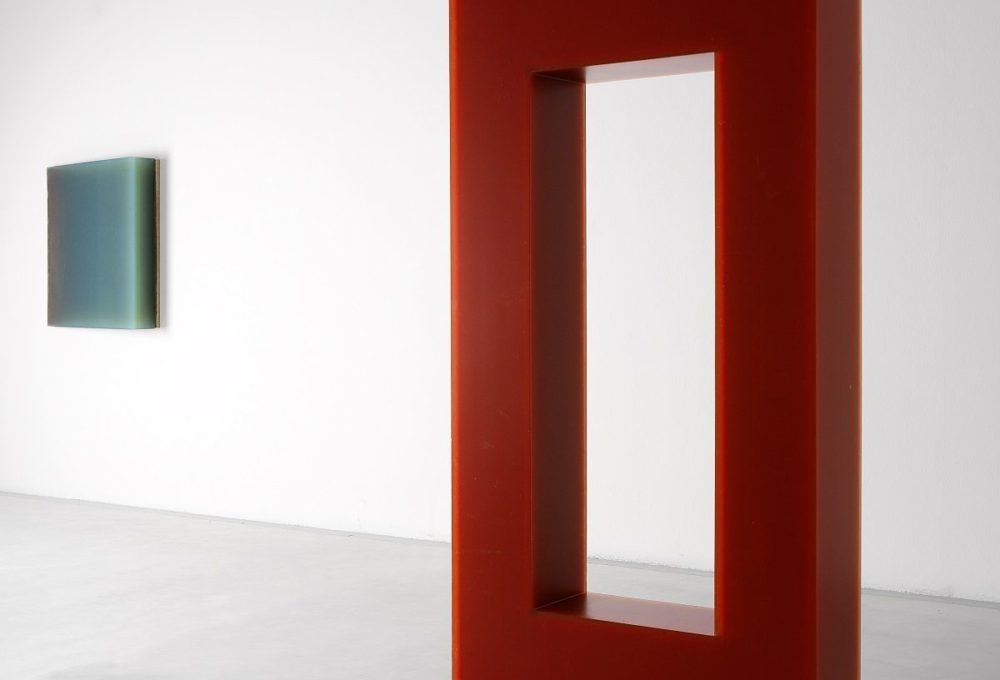 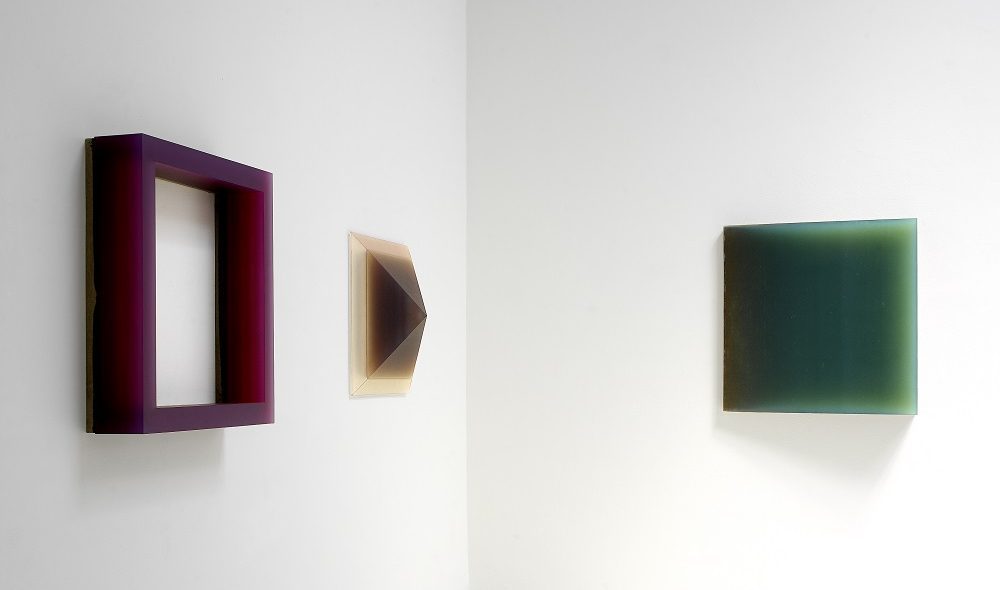 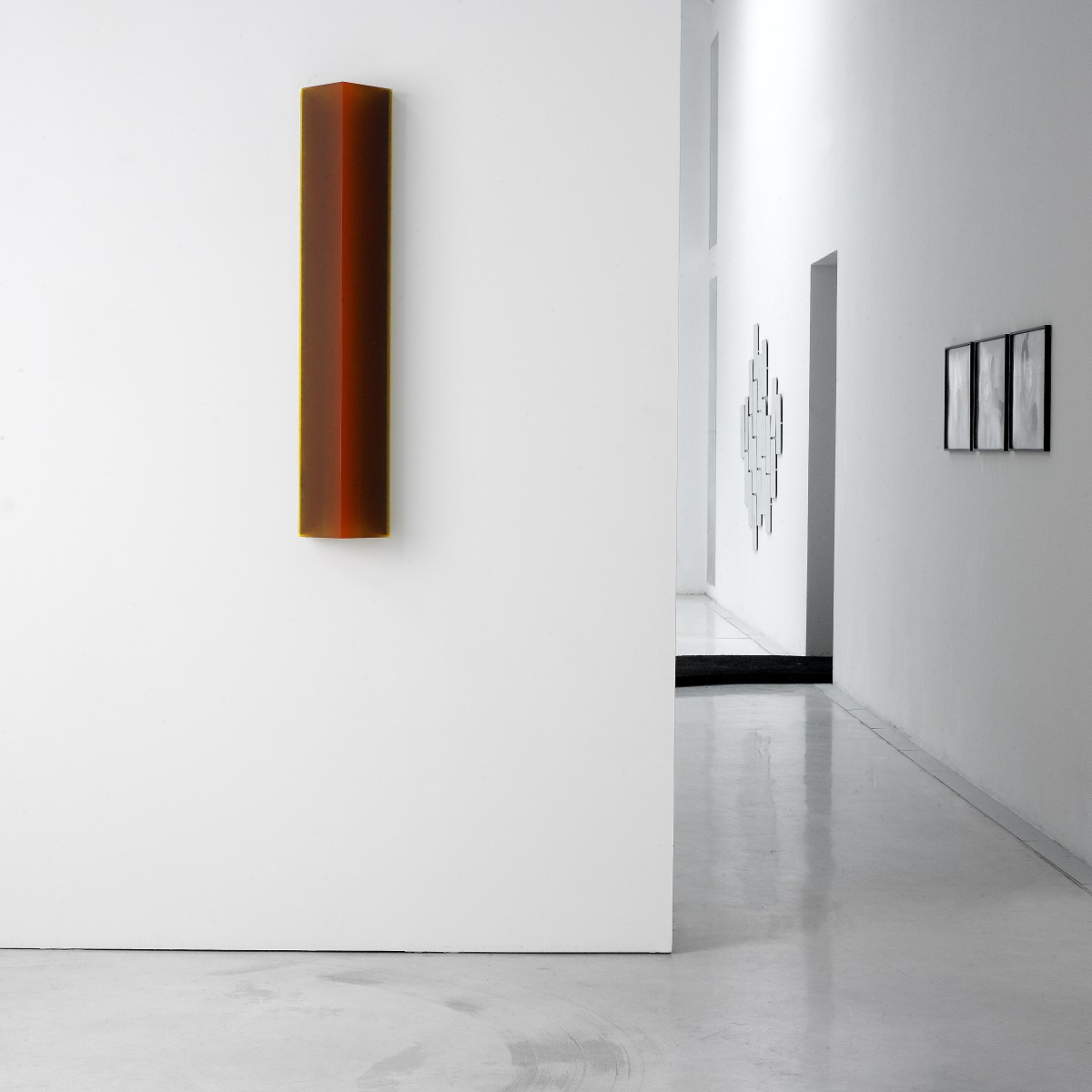 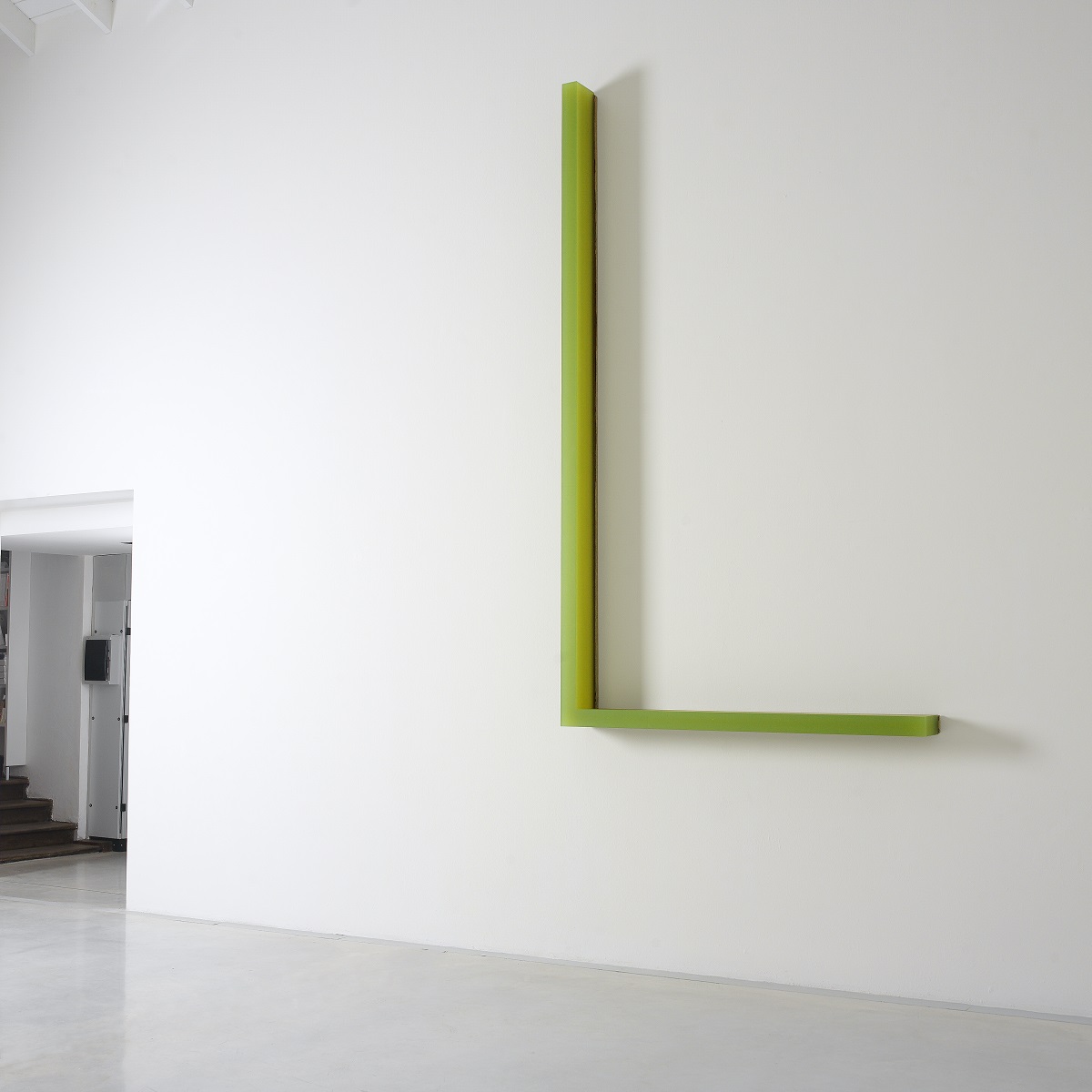 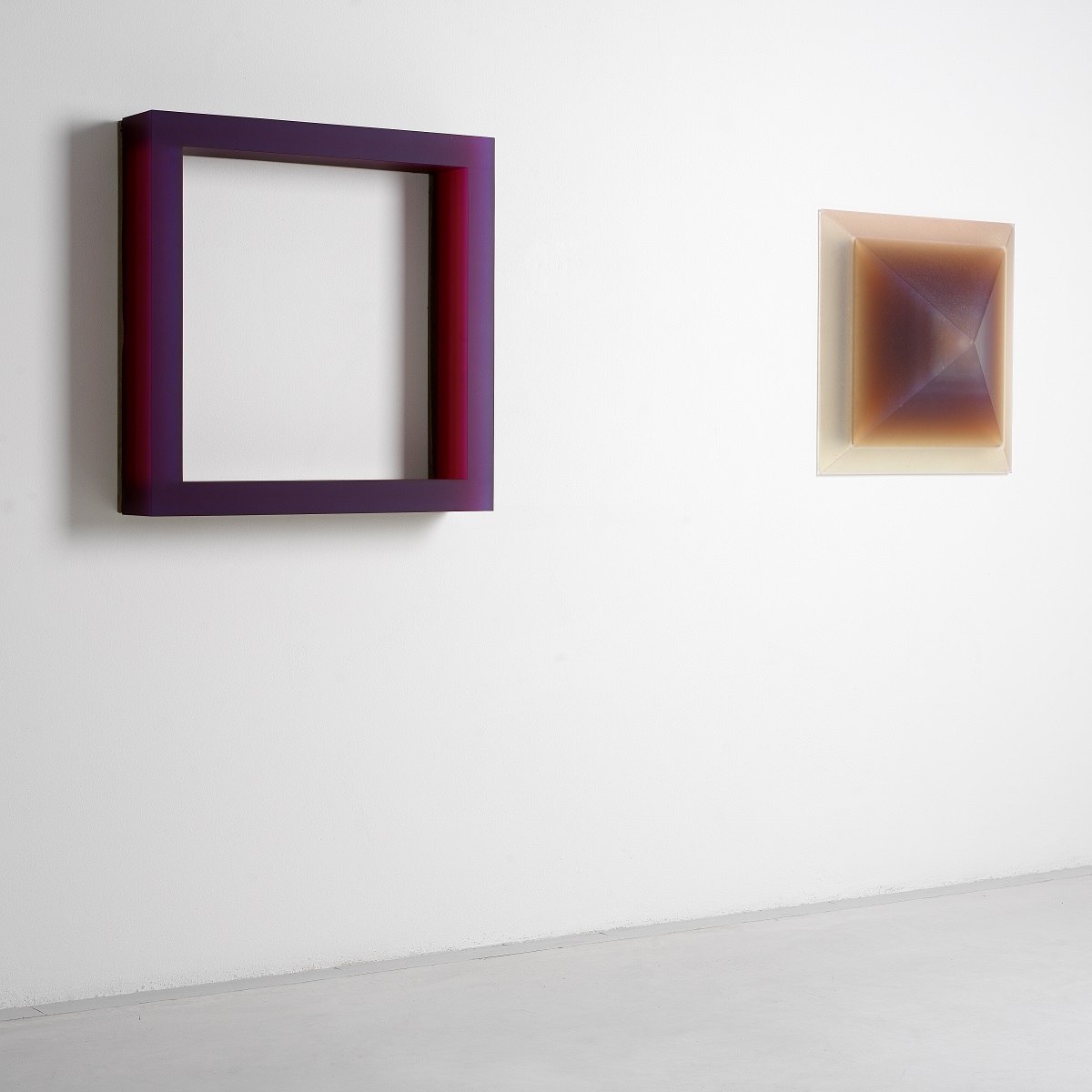 In his earliest work Herbert Hamak sank vague but still recognisable images inside his translucent ‘pictures’. Fairly quickly these had become simplified into layers of colour, into shading at the edges of the works or the sparkle of impurities within the material. All this steadily developed through the mid-nineties while, at the same time, his ‘pictures’ were rapidly becoming more imposingly and overtly ‘sculptures’. And then, after more and more being exhibited together as total installations, individual works acting and relating between each other, they exploded grandly into the viewers’ space as in Atri and Castelvecchio in Verona where they both supported and were supported by historical constructions. Yet all of this has led to an even greater simplicity: where an image or differently coloured patch once was, there is now a hole; where layers of colour built out from the wall, there is only an empty space, creating a door- like form. A number of these works together still creates unexpected and complex relationships between the individual pieces; but more than ever a single work creates its own interior play of transparencies and reflections within itself. So the interior image is even more evident than in the past though now being, paradoxically, absent, a void: and this is true, what is more, not as some abstract philosophical discourse but in a sensuously visual and concrete manner.