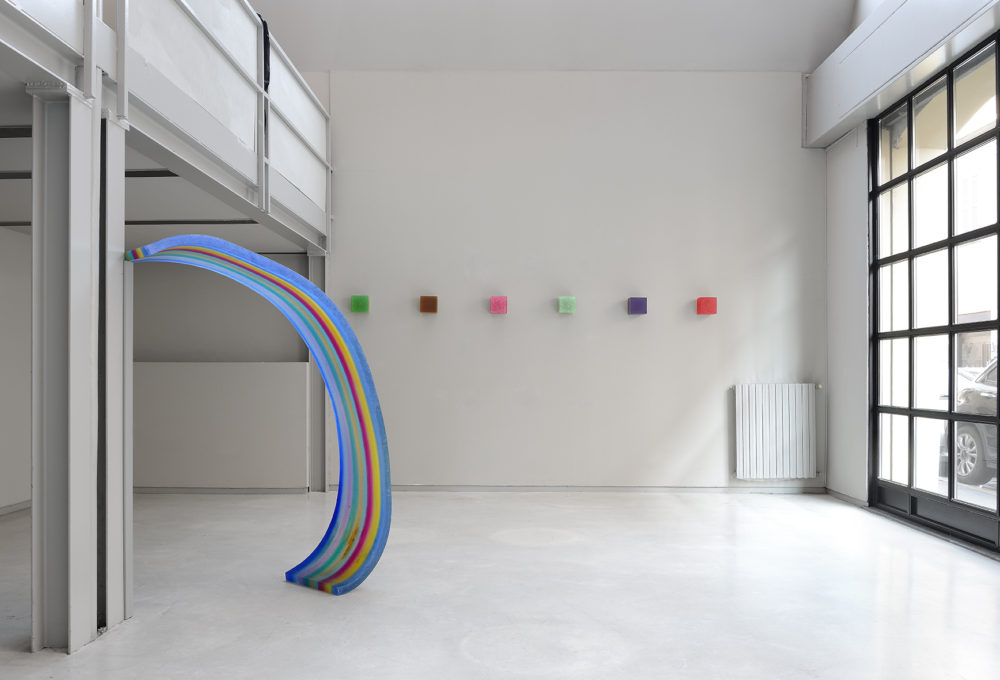 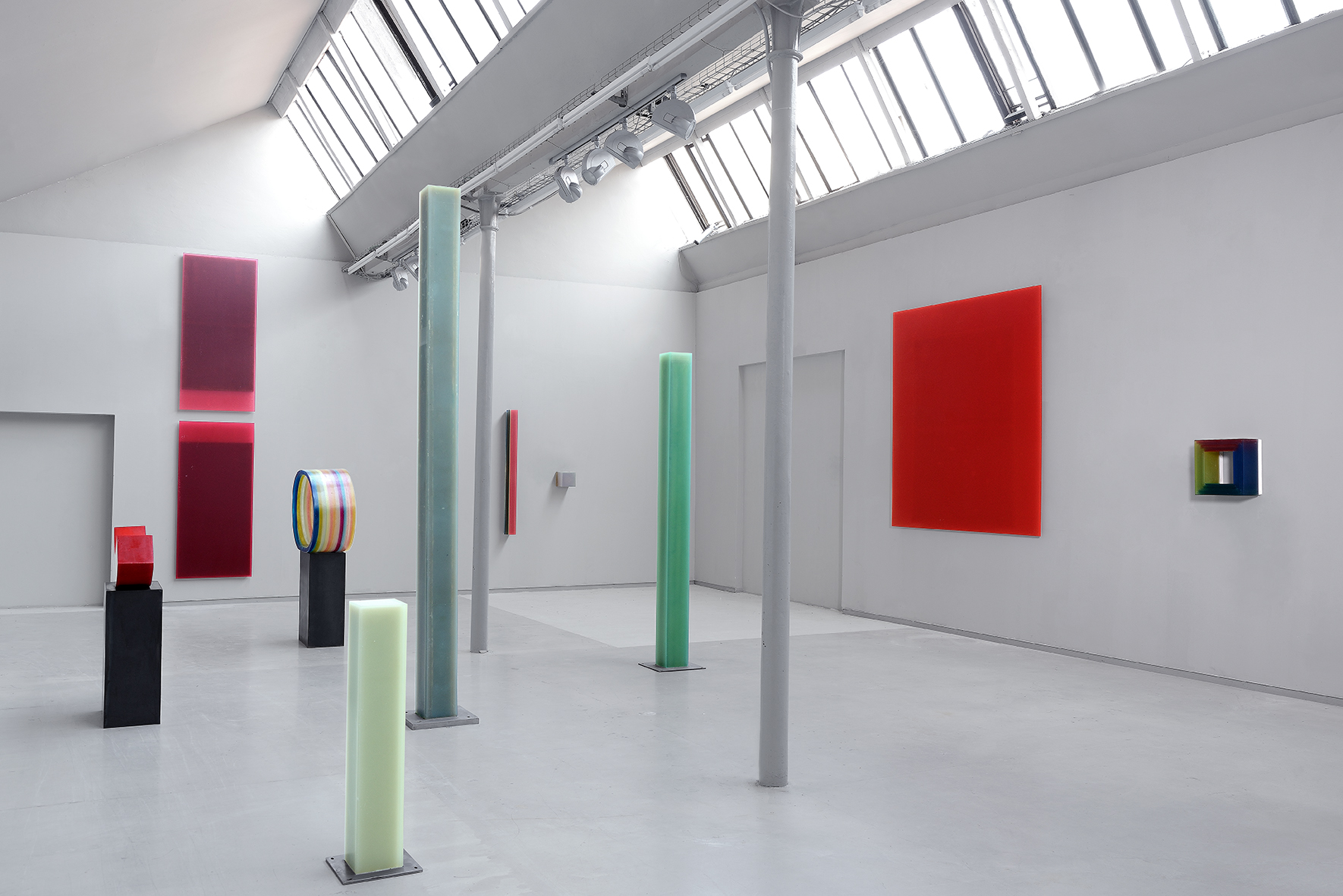 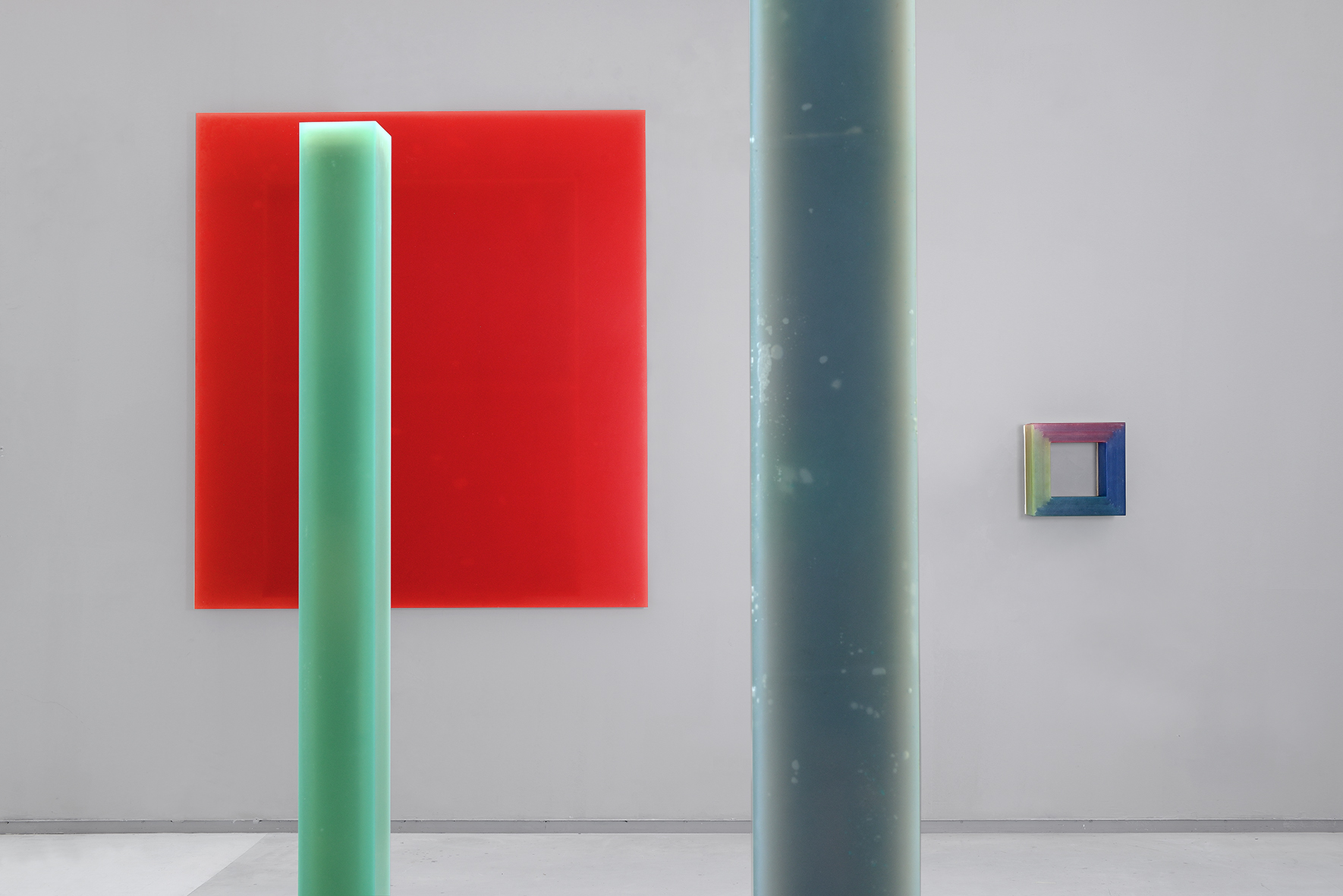 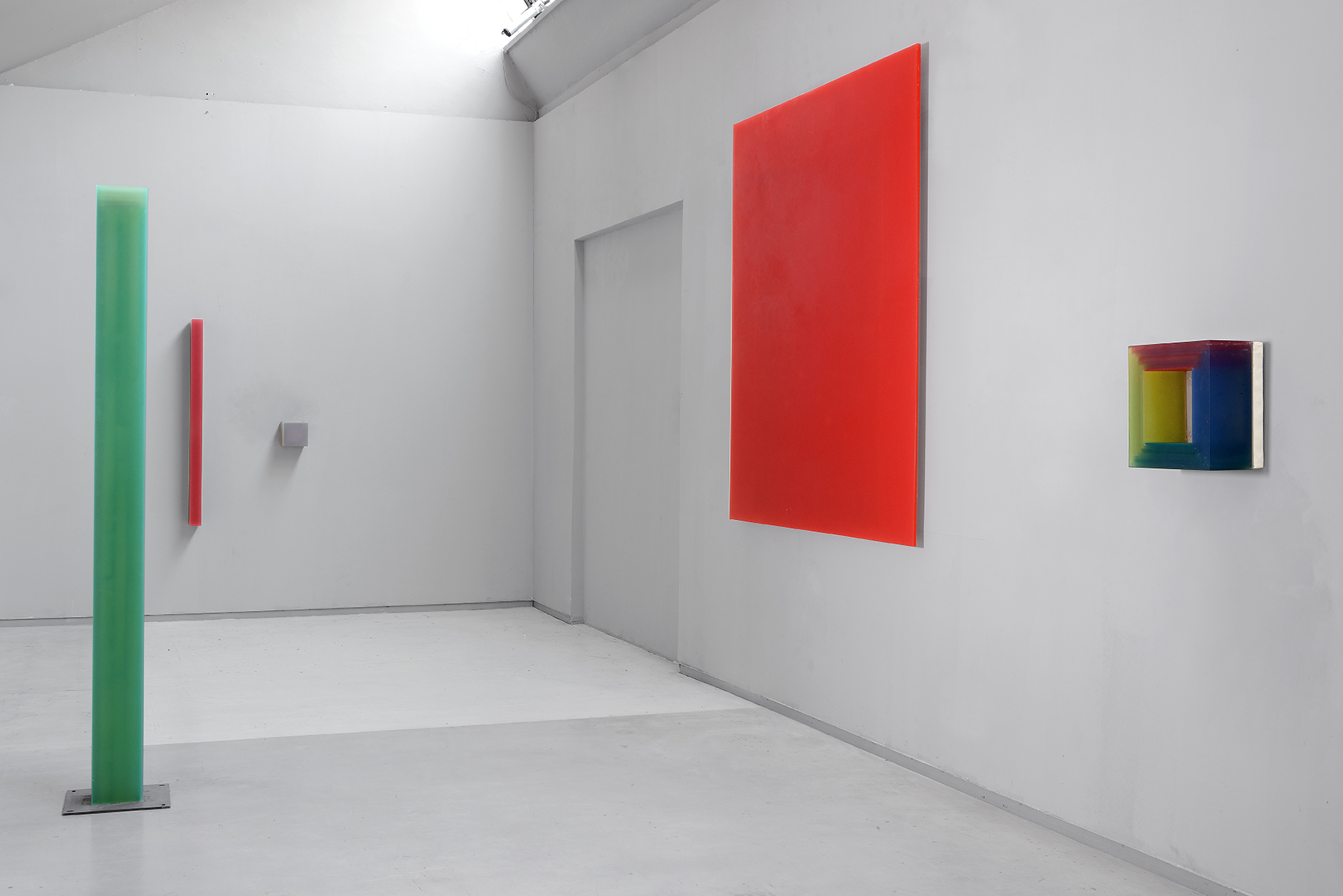 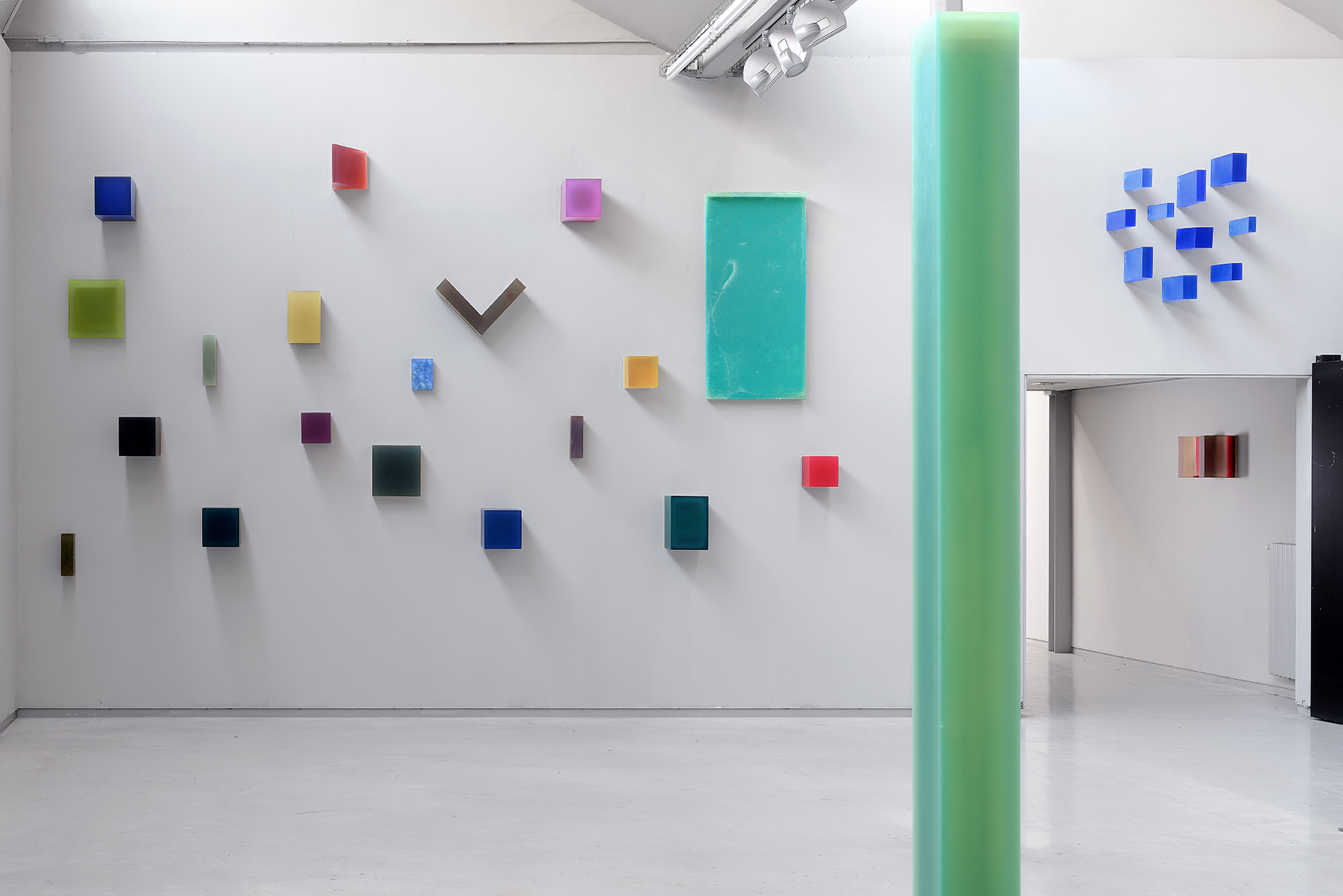 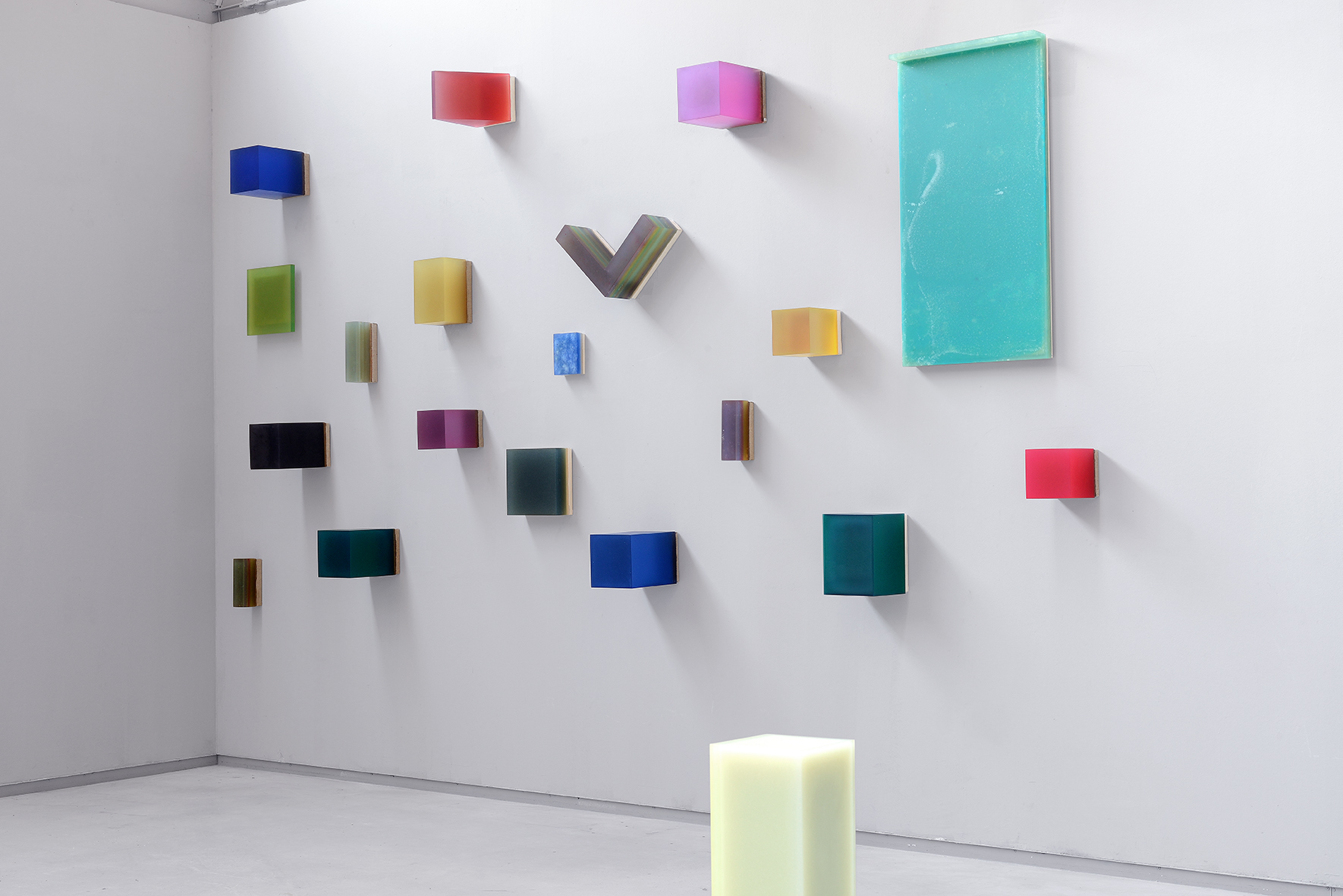 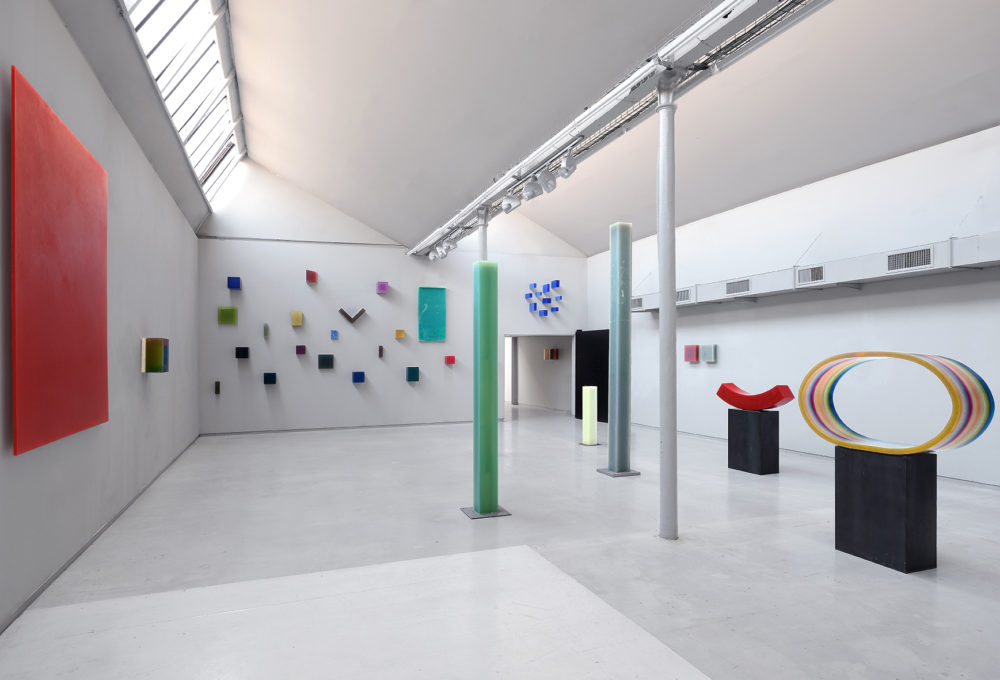 Concurrently with Miart and during the Milanese design week, Studio la Città will be presenting a show of work by the German artist Herbert Hamak: At the end of the rainbow, which will be installed on this occasion inside the temporary space Doubletrouble95, in the Naviglio area, and as part of the Fuori Salone circuit.
The show, which will be opening on Friday 31st March 2017, more than a classical retrospective exhibition of works by the artist, is the “telling of a story”, as Hamak himself explained during a recent interview. It is a story that narrates his birth as a painter, the evolution of his studies about colour, and the ways in which he learned to paint, because this is how he defines himself: a painter.
In this sense the title is highly significant and contains in itself the epilogue of this research. The key work of the exhibition is, in fact, a large multi-coloured installation, conceived for invading the refracted light of the exhibition space, just like a rainbow.
Hamak was inspired by an ancient Irish legend according to which at the end of the rainbow you will find a treasure, or rather a pot of gold coins jealously guarded by leprechauns. To reach the treasure, according to the artist, means not so much appropriating it but, rather, following a path consisting, like the colours of the rainbow, of many variations: it exists, but not everybody can see it or believe in it. When you exhibit, you must do so without fear, in the knowledge that you are leaving behind what you know in search of a treasure higher up, one that you will only fully discover at the end of the ascent. For the artist this treasure is the rainbow itself.
For this new series of works, planned with particular forms and with various strata of colours, the relationship with his first polychrome work of 2015 is evident. Millefiori, exhibited in the same year at the Maffeiano museum in Verona as part of the show “Il Tesoro Misterioso”, and organised as a collateral event of the eleventh edition of the ArtVerona fair, can in a certain sense be considered as the “mother work” of this project.
Among the works on show, apart from those hung on the walls and the sculptures of various forms and sizes on the floor, there will also be presented some “columns” which can be exhibited outside.
A brochure with text by Michael Haggerty, will be available at the temporary space during the exhibition. This important solo show, one that will be open during a period of great artistic excitement for Milan, is part of a programme of international exhibitions that will see the artist with two important site-specific projects in Cannes and New York, later on, in a solo show in Brazil at the Raquel Arnaud gallery in São Paulo.