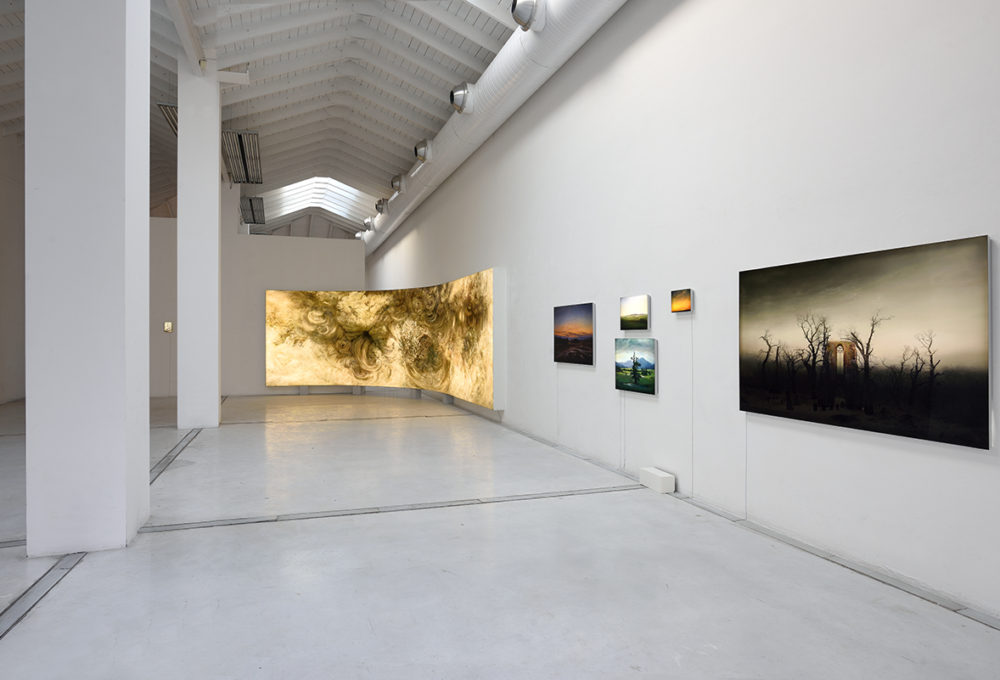 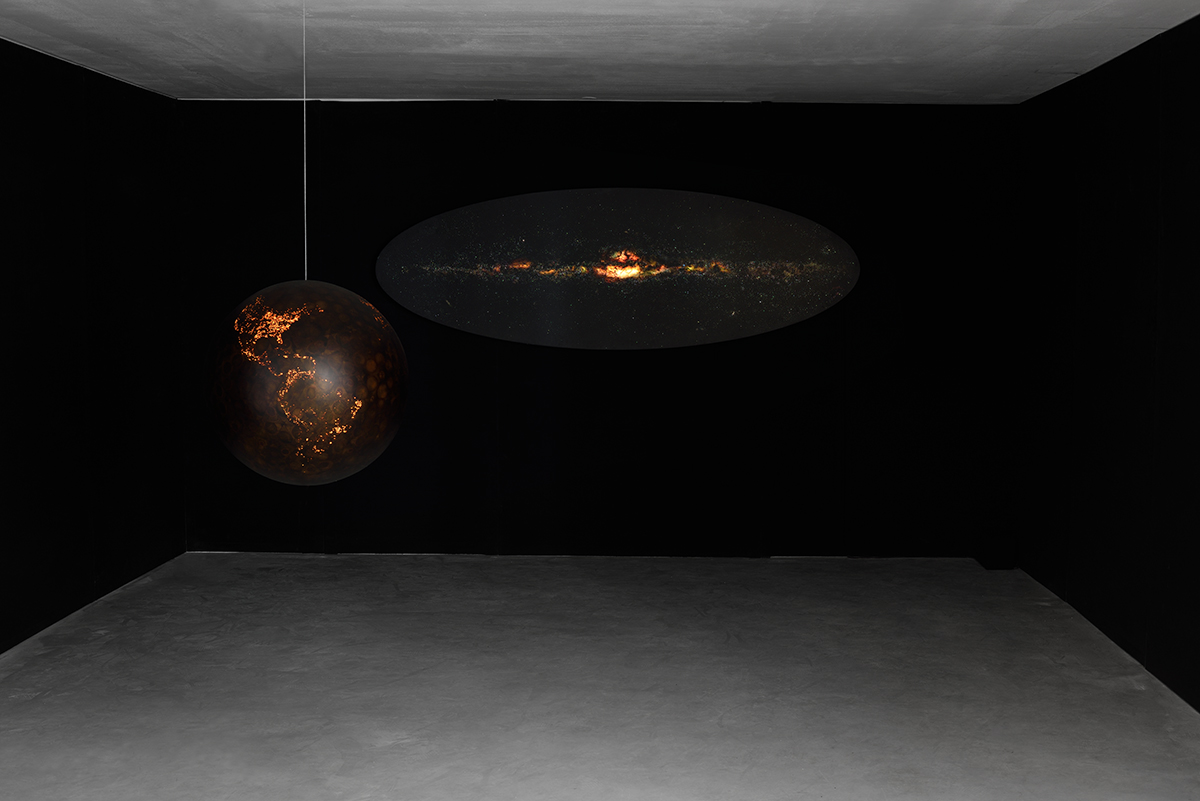 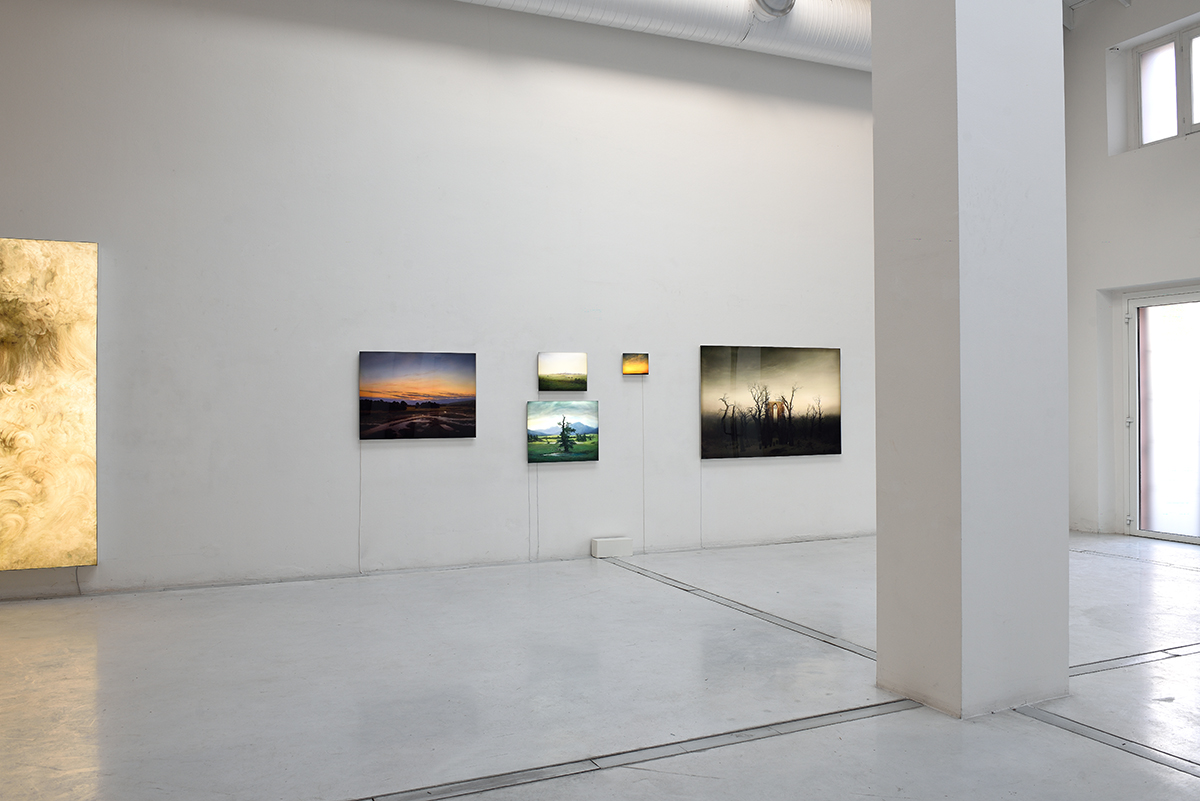 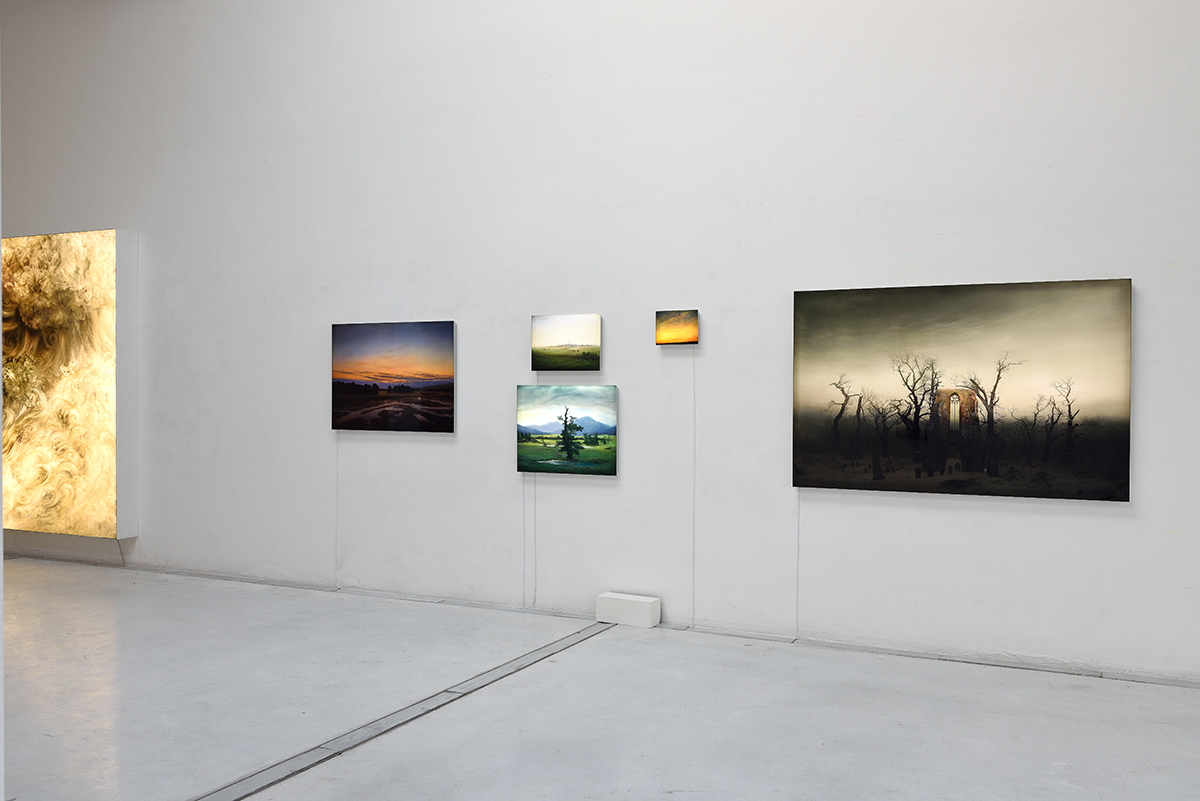 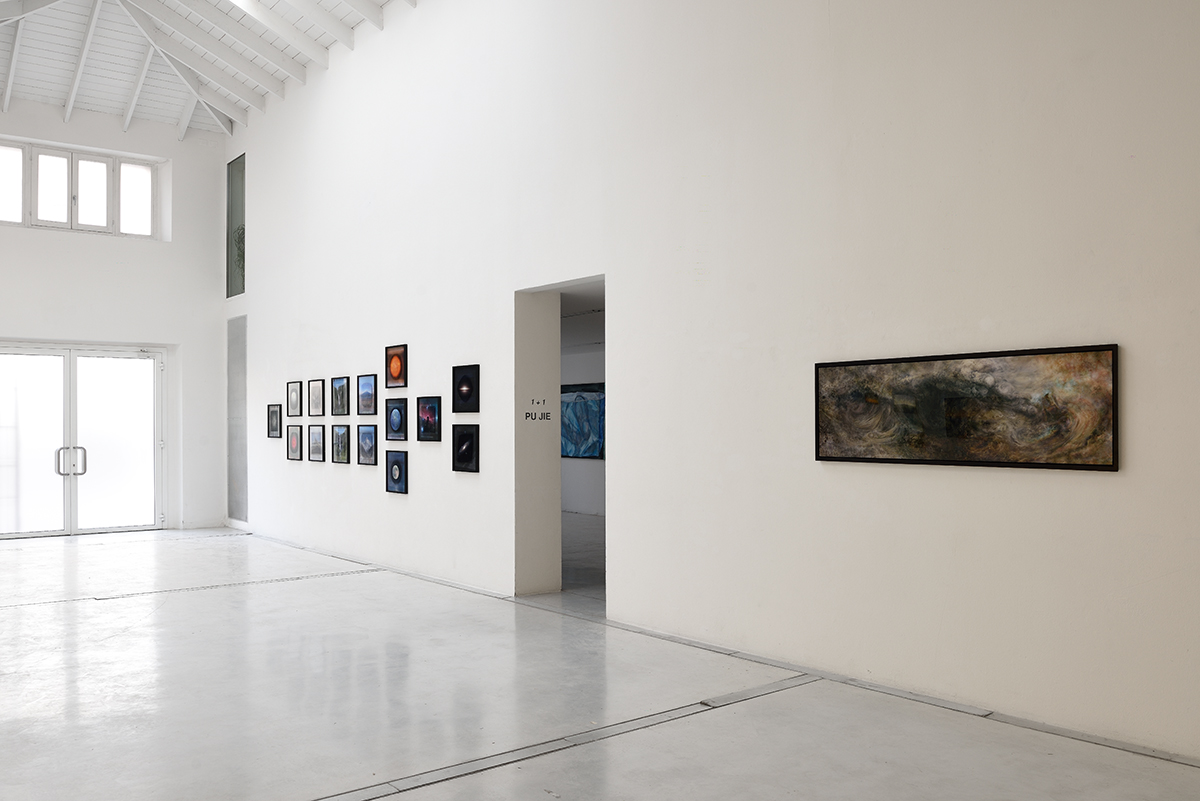 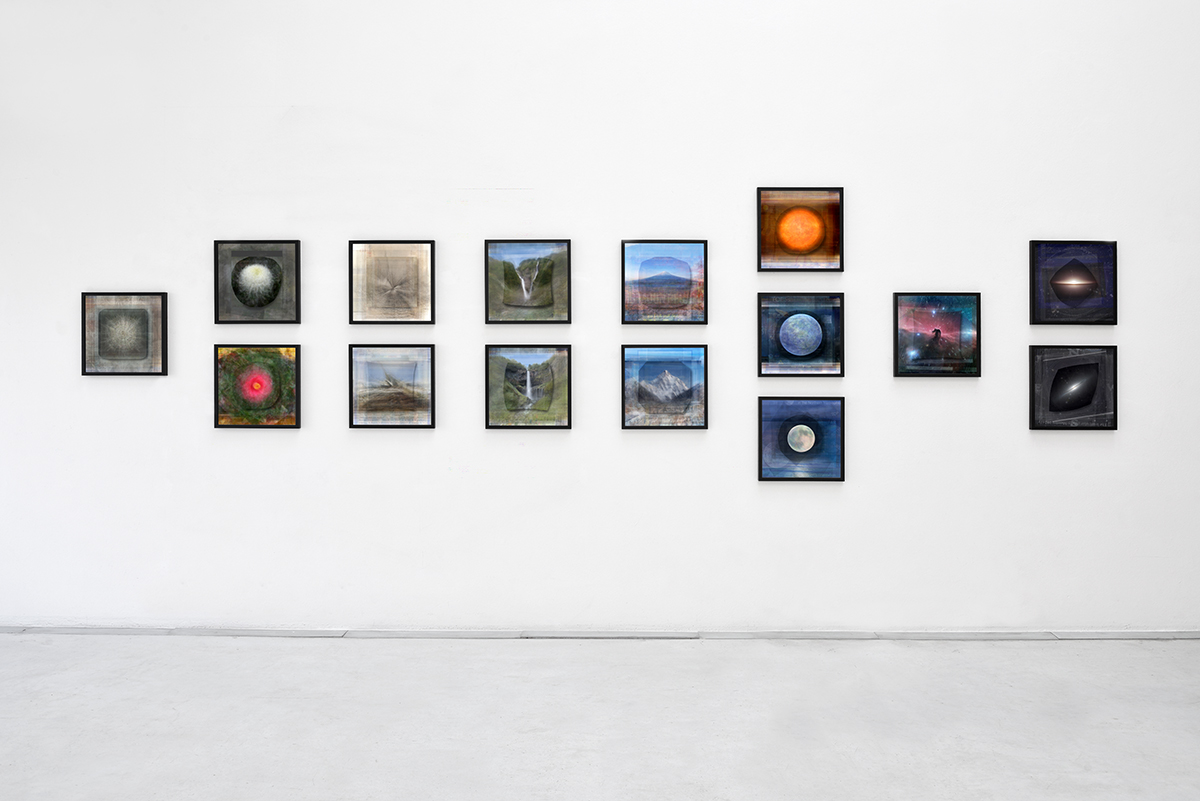 Studio la Città starts this year’s new series of exhibitions with a solo show by the Japanese artist Hiroyuki Masuyama, which can be visited from Saturday 23 February onwards.
In the main room, the artist proposes a series of recent works dating from 2011 to 2018, now exhibited for the first time in this Veronese gallery, and all having in common a research into Space and Time, two concepts close to the artist’s heart and which he often tries to capture in his works, almost as though to condense on a single surface the macro- and microcosm.
It is this that gives a clue to the title of the show, the fulcrum of which is a large work that reassumes the poetics of Masuyama: the large-scale lightbox Storm No. 1 / After Leonardo da Vinci.

This is an extremely long lightbox, 238 x 750 cm., – shown for the first time in the gallery on the occasion of the 500th anniversary of the death of the great Tuscan artist and scientist – where the artist has superimposed on reproductions of Leonardo’s drawings the most varied photos (such as stones, waterfalls, sand structures, and curls of hair) to create a detail of the drawing of the swirling movement of water by the great Renaissance artist to be found in the Leister Codex. In this case too, the viewers are immersed in the work by this world-famous artist in an almost meditative manner, a work that here – in Masuyama’s surreal manner – is transformed and expanded onto a monumental scale as a tribute to this engineer and visual artist, as well as a man who laid claim to understand nature, to interpret it, and to model it through exploration and human intelligence.

Besides this work, there will also be on show photos and lightboxes on a smaller scale, taken from the series After Caspar David Friedrich and Google x 100.

The first series of works is inspired by the famous German painter Friedrich, today considered to be the major exponent of Romanticism. Many of Friedrich’s works consist of various drawings made in the studio to develop the images of his ideal landscape. Masuyama, some 190 years later, has personally visited the places shown in the paintings and has shot photos in the same seasons and in the same meteorological conditions. Today, each work by Masuyama is then composed from some 300-500 photos which are assembled on his computer in the studio, in the very same manner as Friedrich, but with the help of today’s technology.

The last series, the title of which is taken from the search engine of the same name, consists of diverse images showing celestial bodies (galaxies, the sun, the moon, to mention just a few). The technique used is always that of superimposition; however, this time these are not photos shot by the artist but 100 images of the same subject found by utilising Google Images. And so Masuyama has condensed 100 simultaneous visions into a single work. 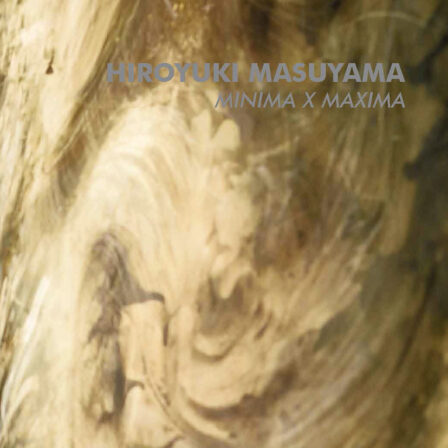