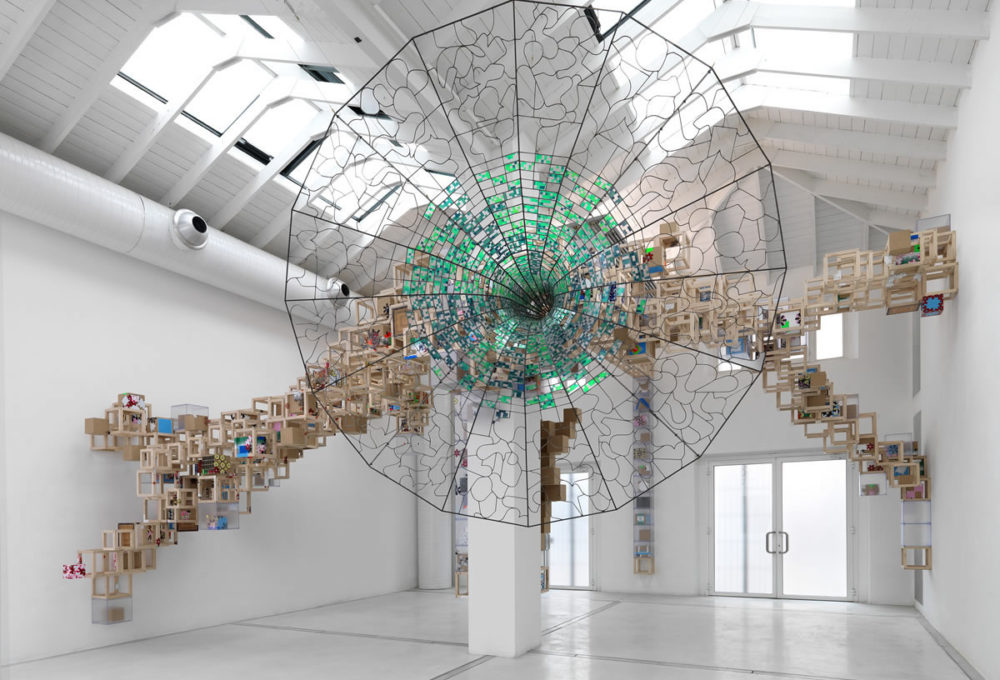 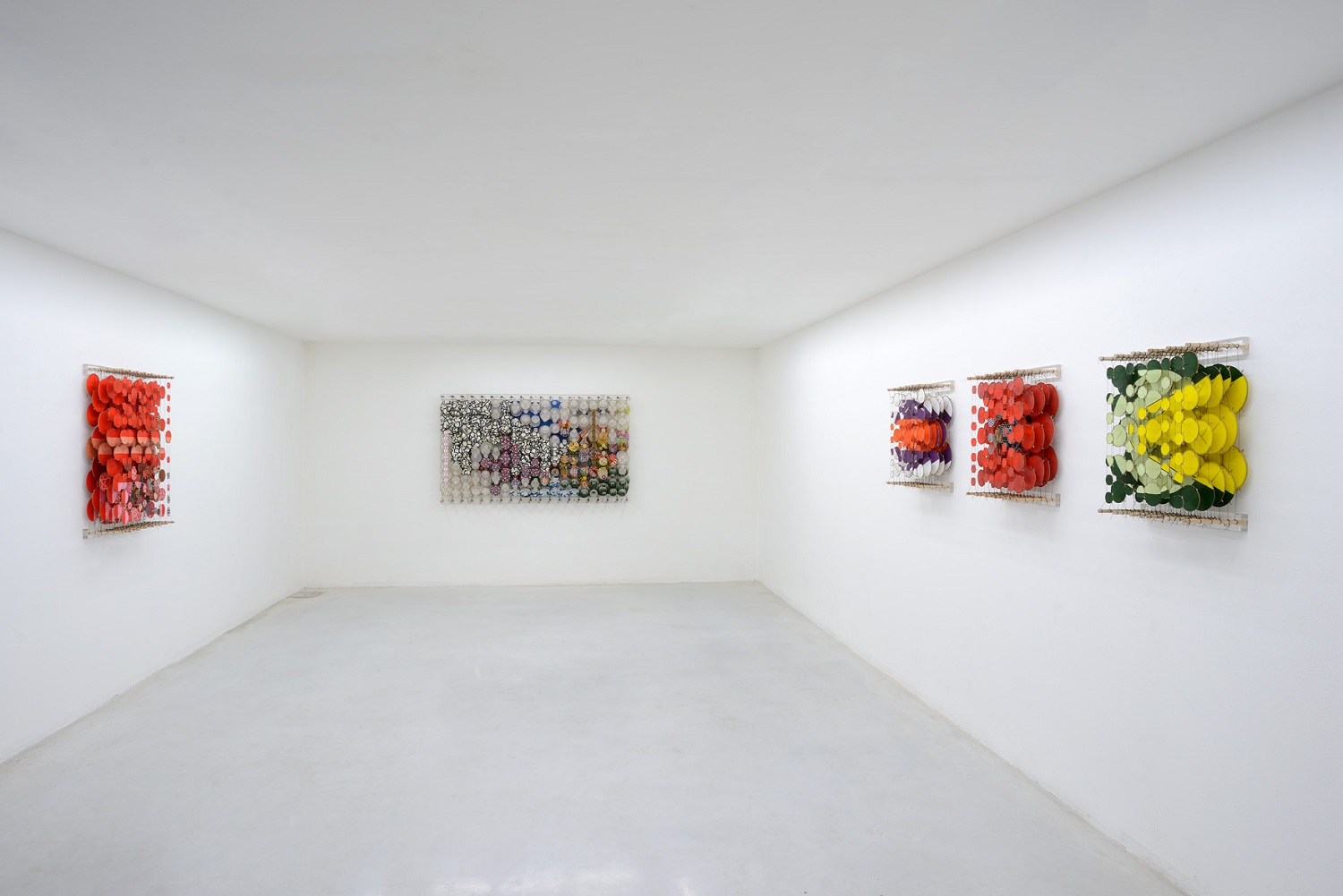 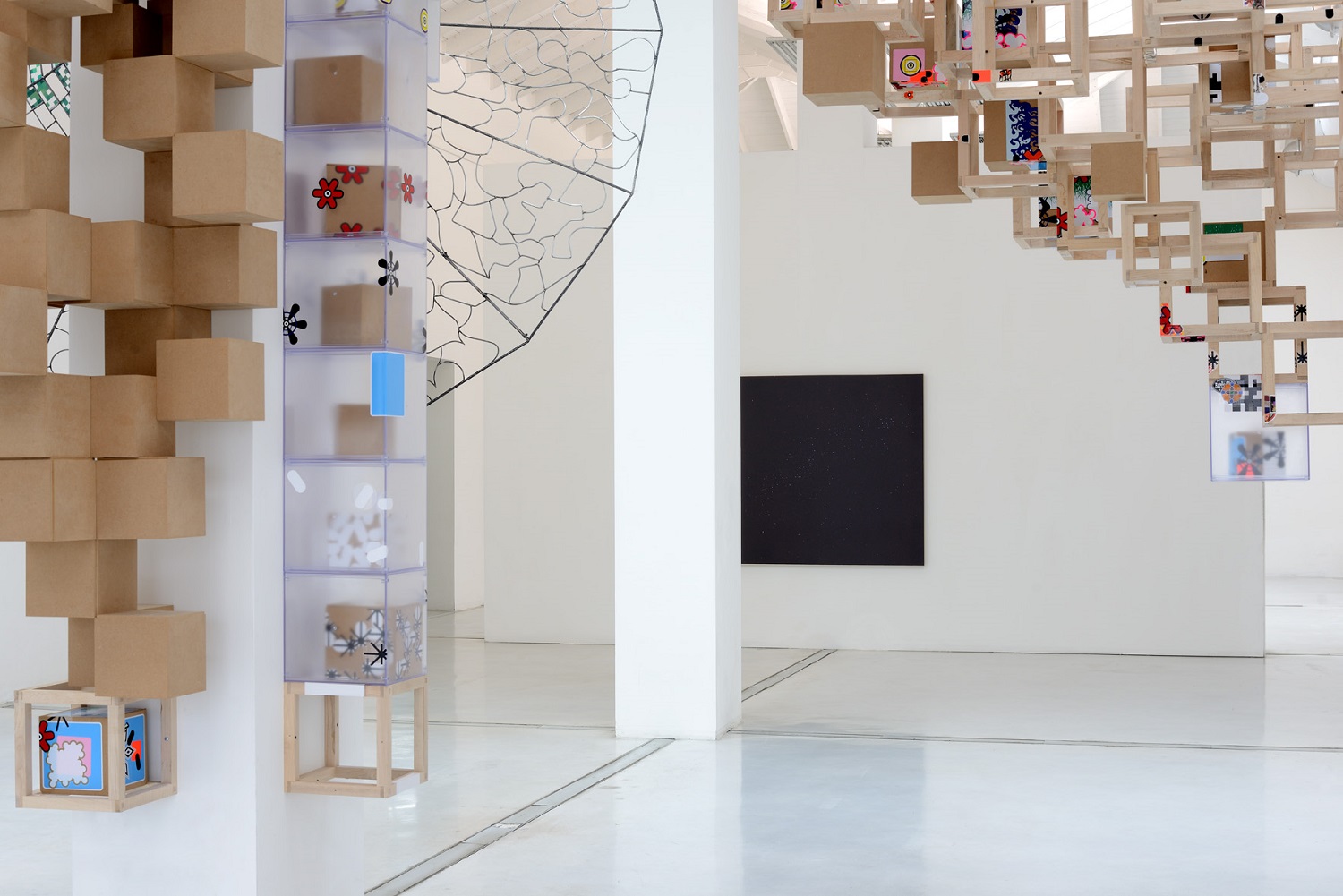 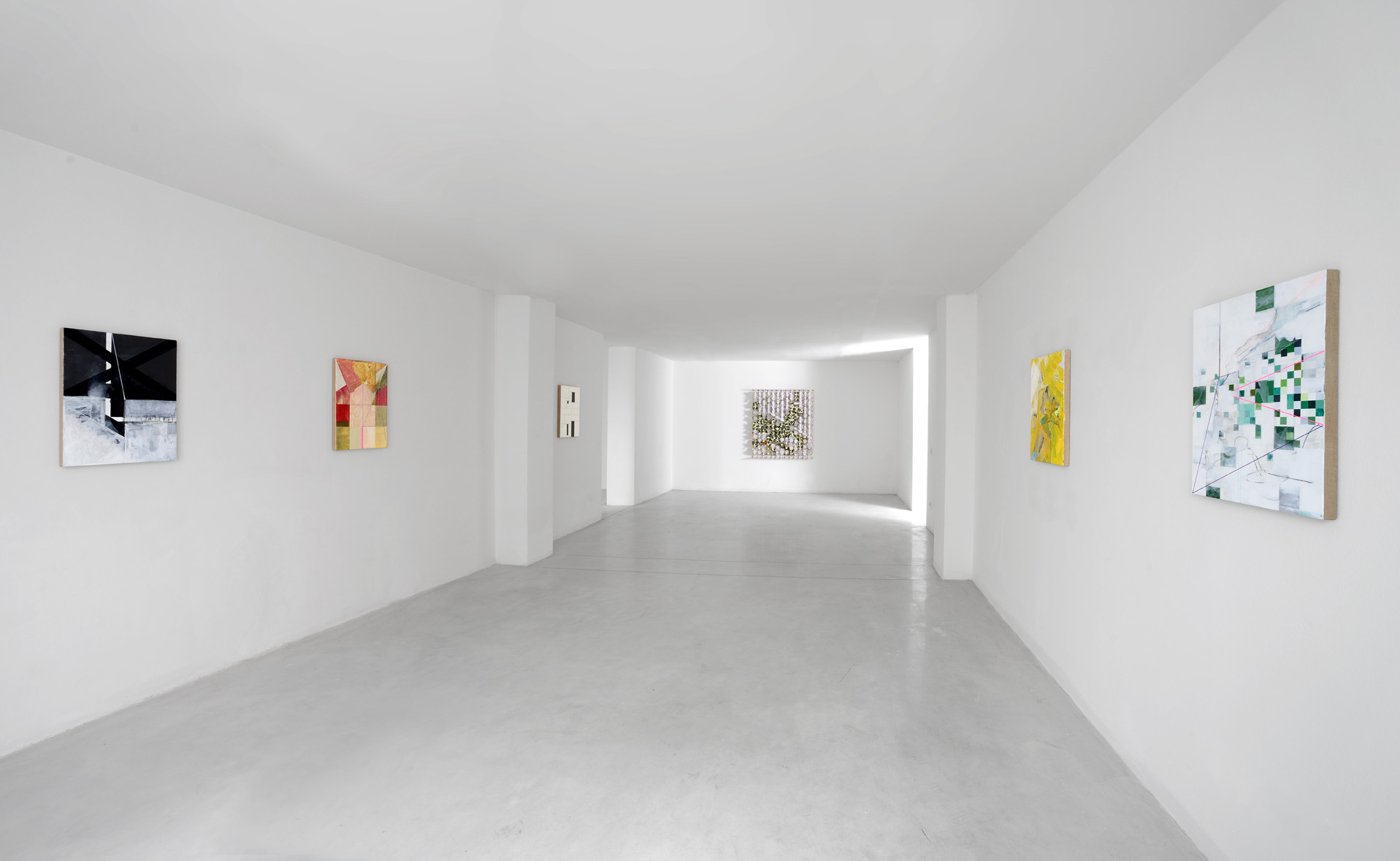 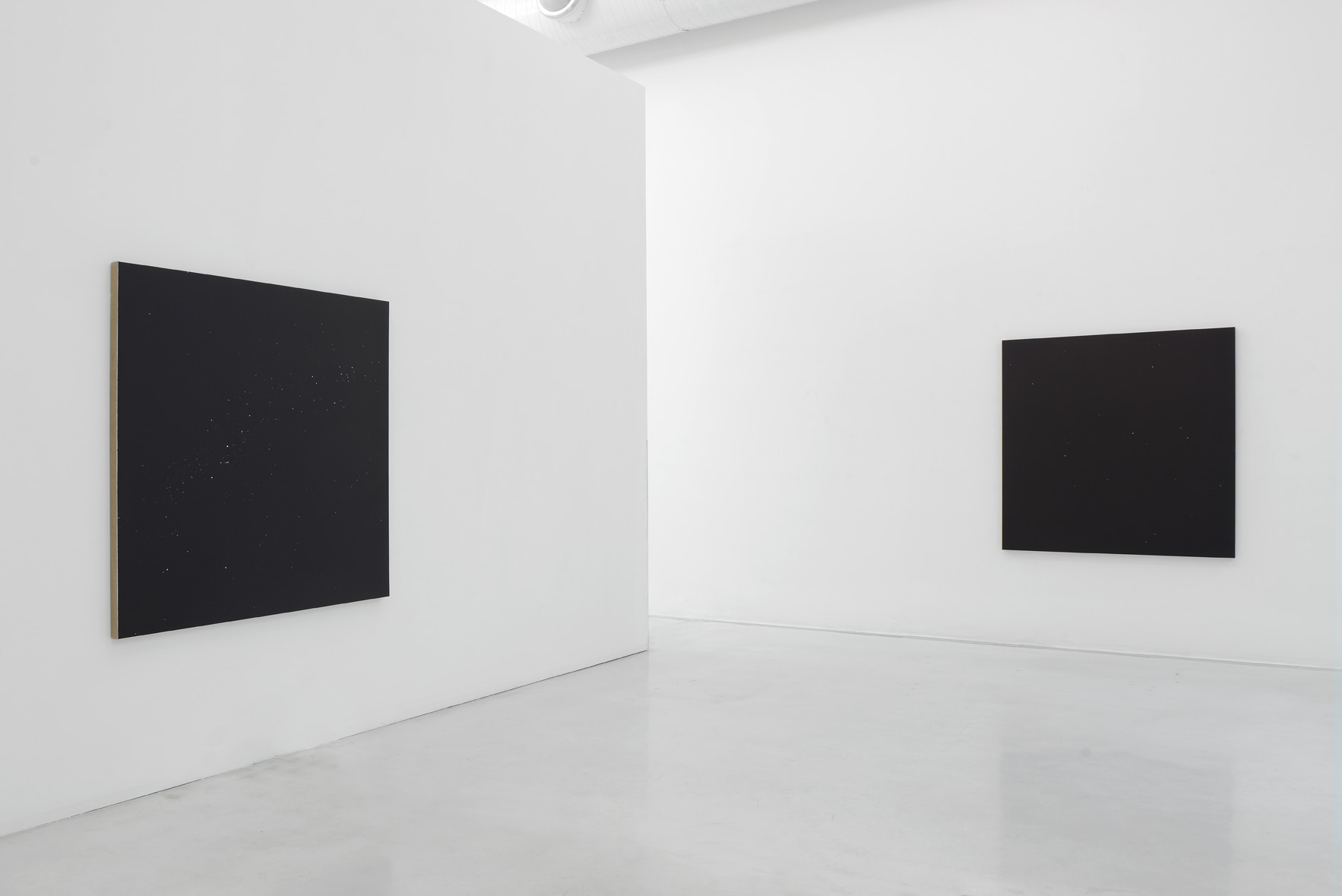 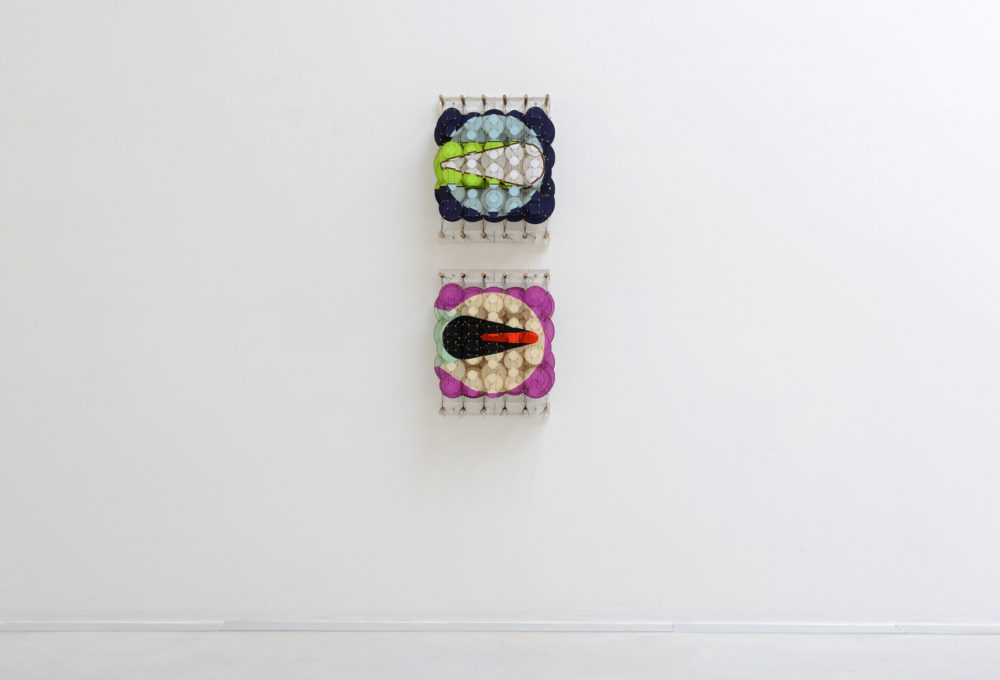 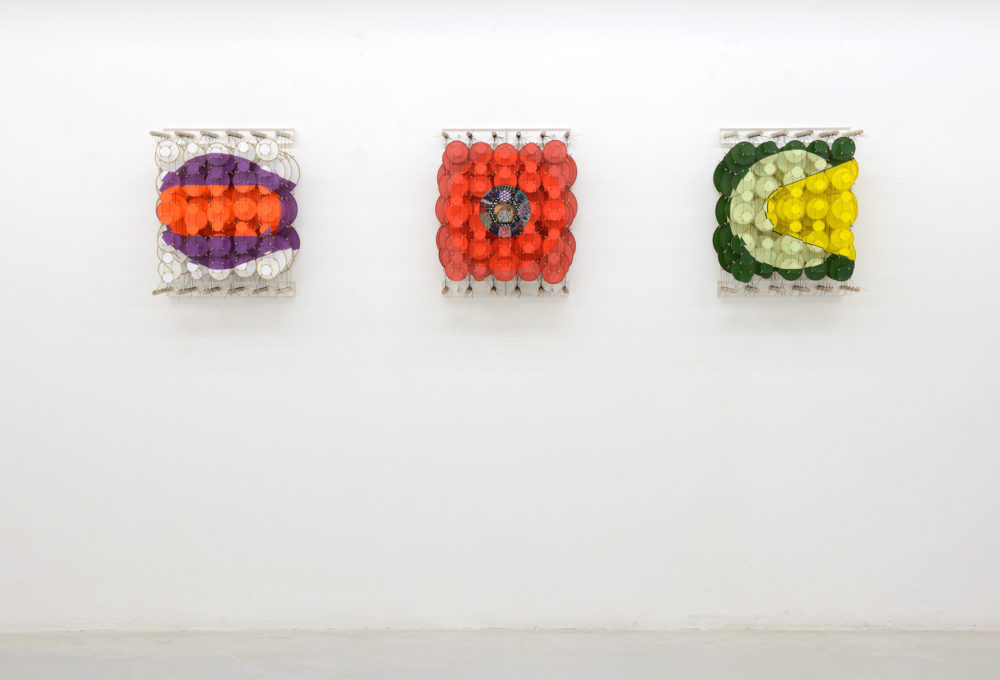 In the rooms of Studio la Città, Jacob Hashimoto is presenting a large new installation and numerous recent works. The exhibition’s title, Jacob Hashimoto 16/05/2015, underpins the genuinely “personal” challenge that Hashimoto undertook with himself when thinking of the installation that occupies the whole eastern wing of the gallery, already in the past the venue for other large, important works by the artist: there immediately come to mind Superabundant Atmosphere, 2008; Armada, 2011; and Foundational Work, 2013.

But Hashimoto leads us slowly towards this imposing installation by following a precise itinerary that firmly links one work to another. The show opens with some recent pieces made with kites – a distinctive element of this work and almost the artist’s own signature – that here, however, suggest new analyses: on the one hand they create a more concise dialogue between space and colour to create an interesting optical illusion that seems to make us “look” inside the work itself; on the other hand, the marks/drawings repeated in an insistent rhythm define large and, at times, almost monochrome “minimalist” paintings with slashes of unexpected colours.

This is a Hashimoto full of new artistic energy and growth, but also of new experimentation. Part of this is to be found, in fact, in three large-scale works on linen which were inspired by a deep interest in the correlations between space, time, and astronomical dynamics linked to the planets and other constellations. In this new area of research he has been helped by Jana Grcevich, an astronomer at the Hayden Planetarium in New York, who has elaborated and studied a series of data transmitted by space probes that detect new stellar systems, in particular Gliese 667, Kepler 62, and Kepler 438. These are also the titles of three works in the show that propose, from each of these “places” in the universe, a perspectival portrayal of the earth placed on the crossing point of the picture’s two diagonals. In front of these three canvases, the viewers’ guiding thought is that what is infinitely huge is, at the same time, infinitely small, and that everything is related to space. This is also confirmed by the majestic installation inspired by the landscape of videogames, Never Comes Tomorrow: a “formal vocabulary that shifts between abstraction and minimalism” and that changes form and structure according to the physical space available.

The show is rounded off by a selection of drawings made since 2012; these illustrate the creative and planning process of art works, like an outline of the artist’s many ideas in an almost embryonic form. 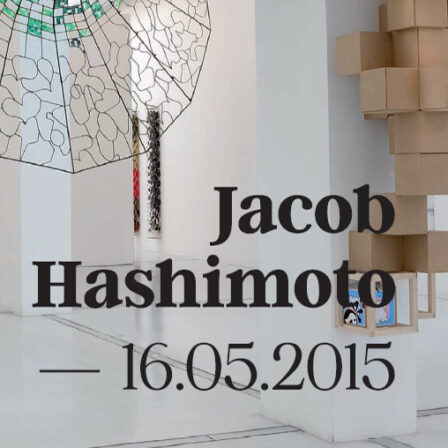