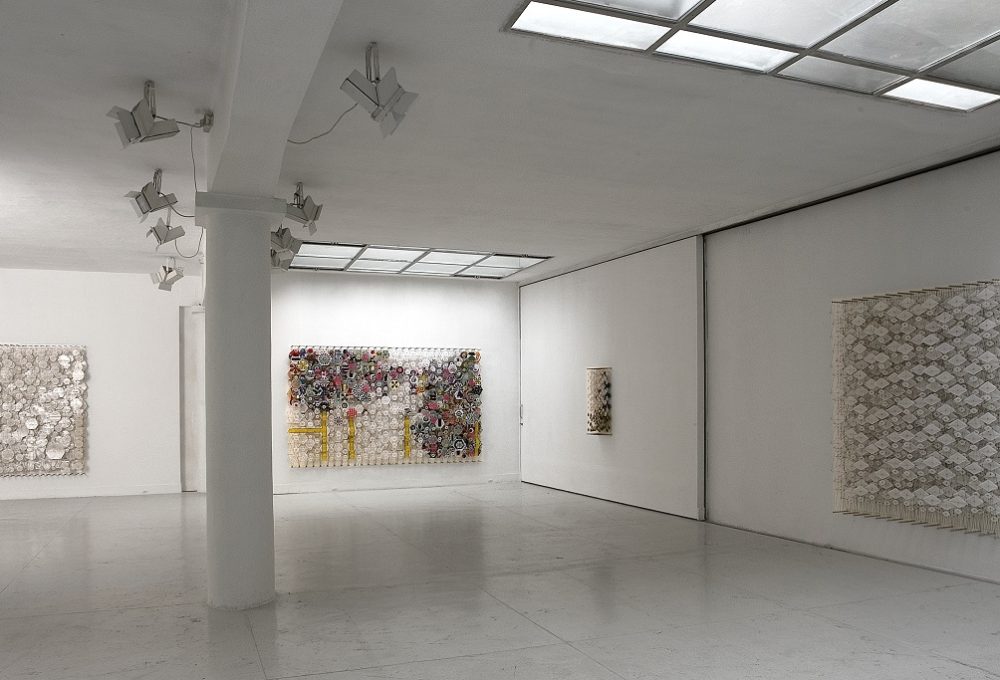 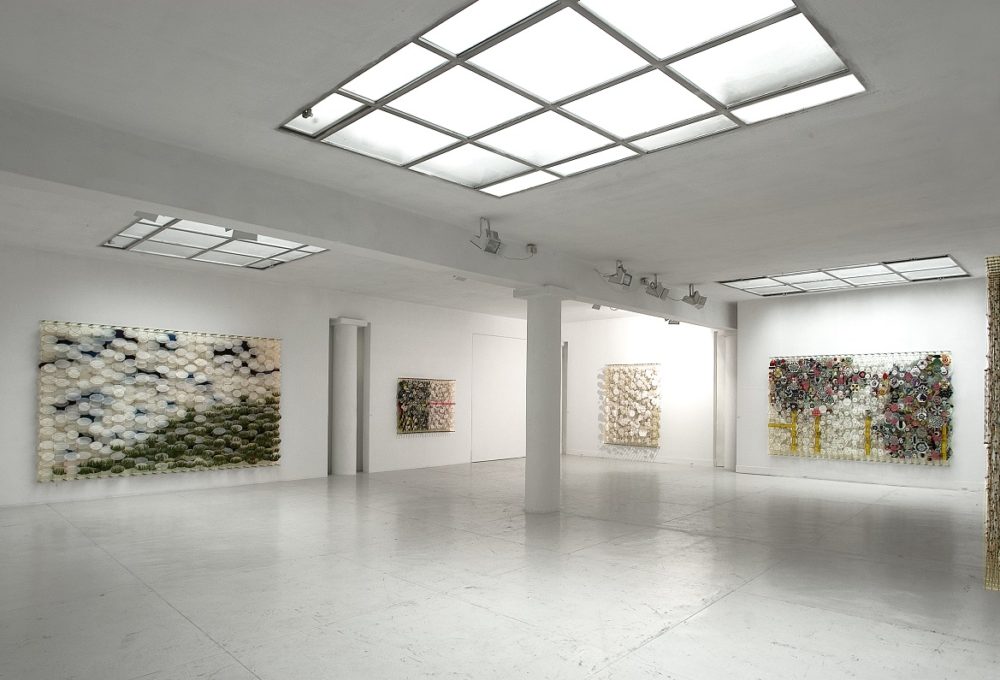 While it is its very richness that makes Jacob Hashimoto’s work so fascinating, it can also present a problem: there is the risk of the viewer becoming intrigued by the variations at the cost of missing the themes. And this is the main reason that the present show is limited to just one aspect of Hashimoto’s work.

All the works are wall-pieces consisting of repeated elements hung by threads. The largest work, a multitude of ovals with natural green elements collaged onto them, could be regarded as the main piece in the show, and not simply because of its size. This is the work that displays most clearly the interests developed and varied in the other works on show. The meeting and interpenetration of land and sky is here seen at its grandest and simplest, and here we also see  most clearly how Hashimoto’s work deals with similes rather than metaphors: it does not allude but is.

This is all developed and subject to infinite variations in the other works on show. In the smaller works the physical space, that of the elements in relation to the wall, is obviously far more concentrated, but also more complicated by the colour. This depth is always tangible, indeed it is often the depth of the hand itself, but visually it is constantly contrasted and enriched by clusters of tiny brilliantly coloured elements which deceive the eye into seeing dense hummocks and masses, linking elements close to us to those hung against the wall and repulsing others, pushing them nearer to us. Surface and depth interweave, with the result that the works shimmer like paintings by Seurat.

That these pieces automatically lead us to think in terms of nature, of depths and horizons, of clouds and flowers, is as much of their essence as their strong structural simplicity which ensures that their richness never topples into prettiness. Sir Arthur Sullivan once ruefully remarked to a student of composition, ‘An artist’s job is to make a penny do the work of a shilling, and here you go throwing guineas away’. The same remark could be made of Jacob Hashimoto, and who can complain when this wealth is thrown our way? 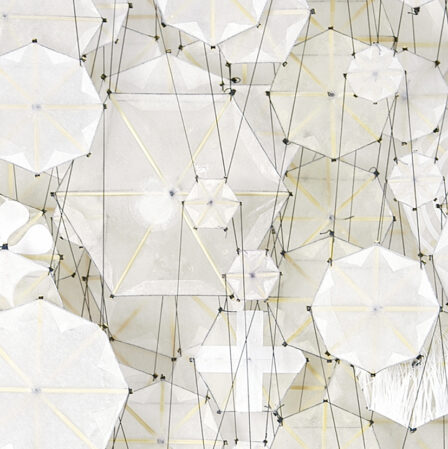