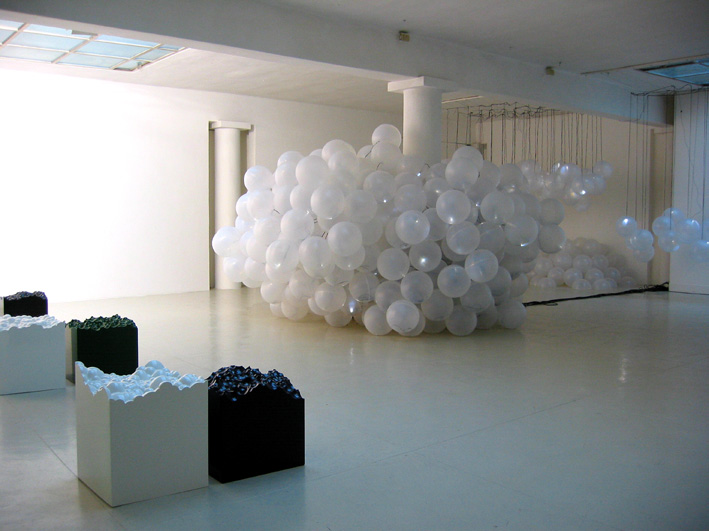 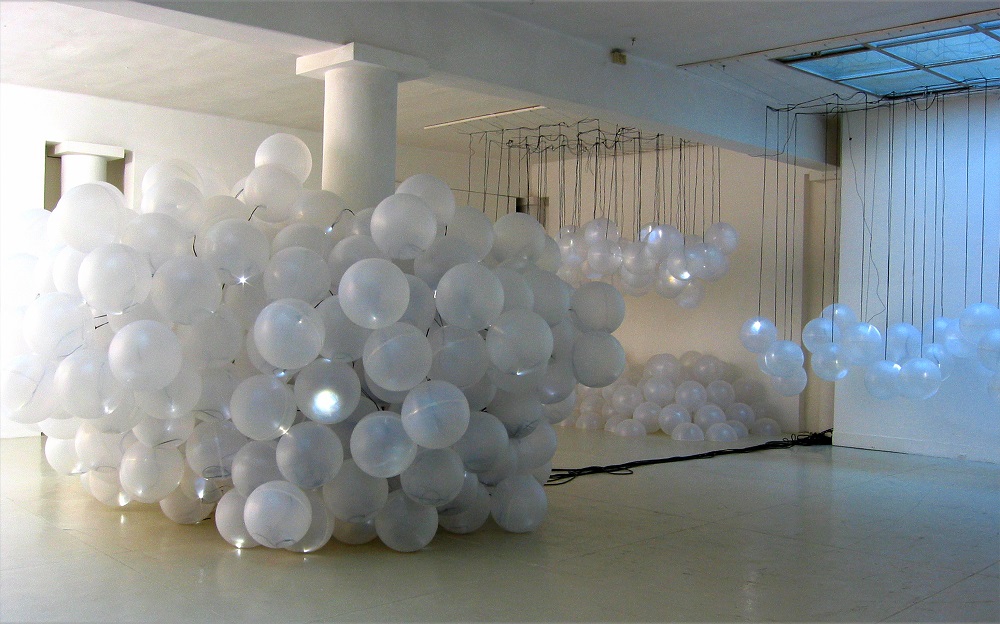 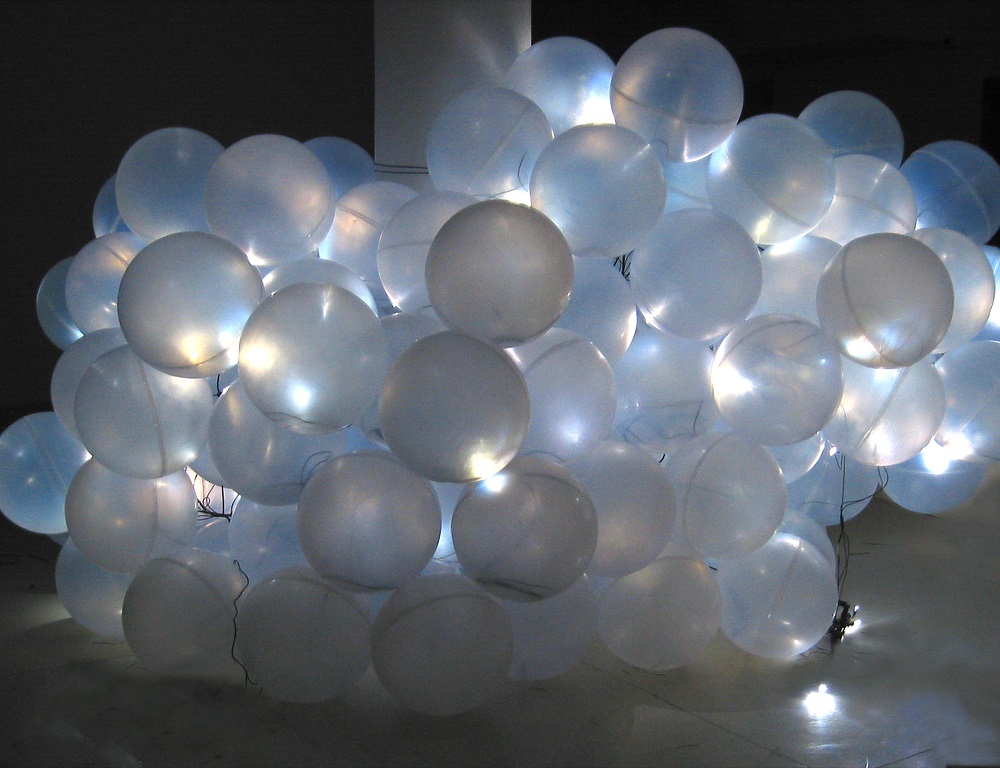 Jacob Hashimoto, born in the U.S.A. in 1973, is distinctly American yet he is also involved with his Japanese heredity in a genuinely creative, rather than imitative, manner. So it may seem surprising that he has a wide and continuing success in Europe. Perhaps the main reason for this is that, paradoxically, he has an extremely European approach, one that can be linked to the exhilarating experience of entering, for example, Bernini’s Cornaro Chapel in Rome or Neumann’s palace at Würzburg. Both in Hashimoto’s work and in seventeenth and eighteenth century Europe we find the same sense of an art that is architecture, painting, and sculpture at one and the same time, and all beautifully poised in space: ‘Spatial rapture’, as Pevsner has said.

He is not afraid of mannerist or baroque illusionism, yet his instinctive discrimination holds it back from becoming either a theatrical trick or an intellectual exercise. His latest development in which, in place of cascading clouds of kites, there arise hills and waves, is as delicate as before. And just as previously there was a sense of airiness rather than of oppression, so now there is a sense of being uplifted. The delicacy of his forms, whether they descend and envelop or expand and climb, creates as much a space for the spirit as for the body.