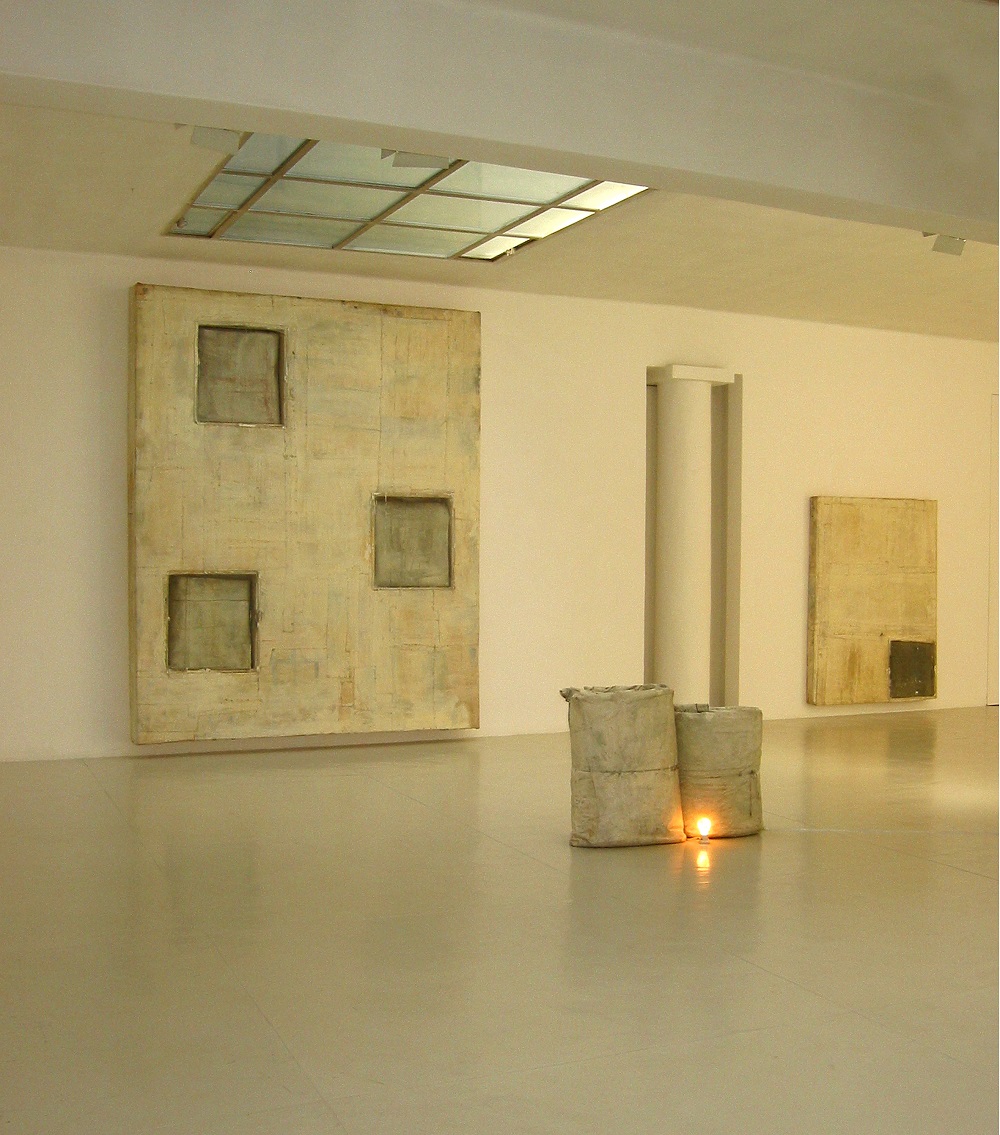 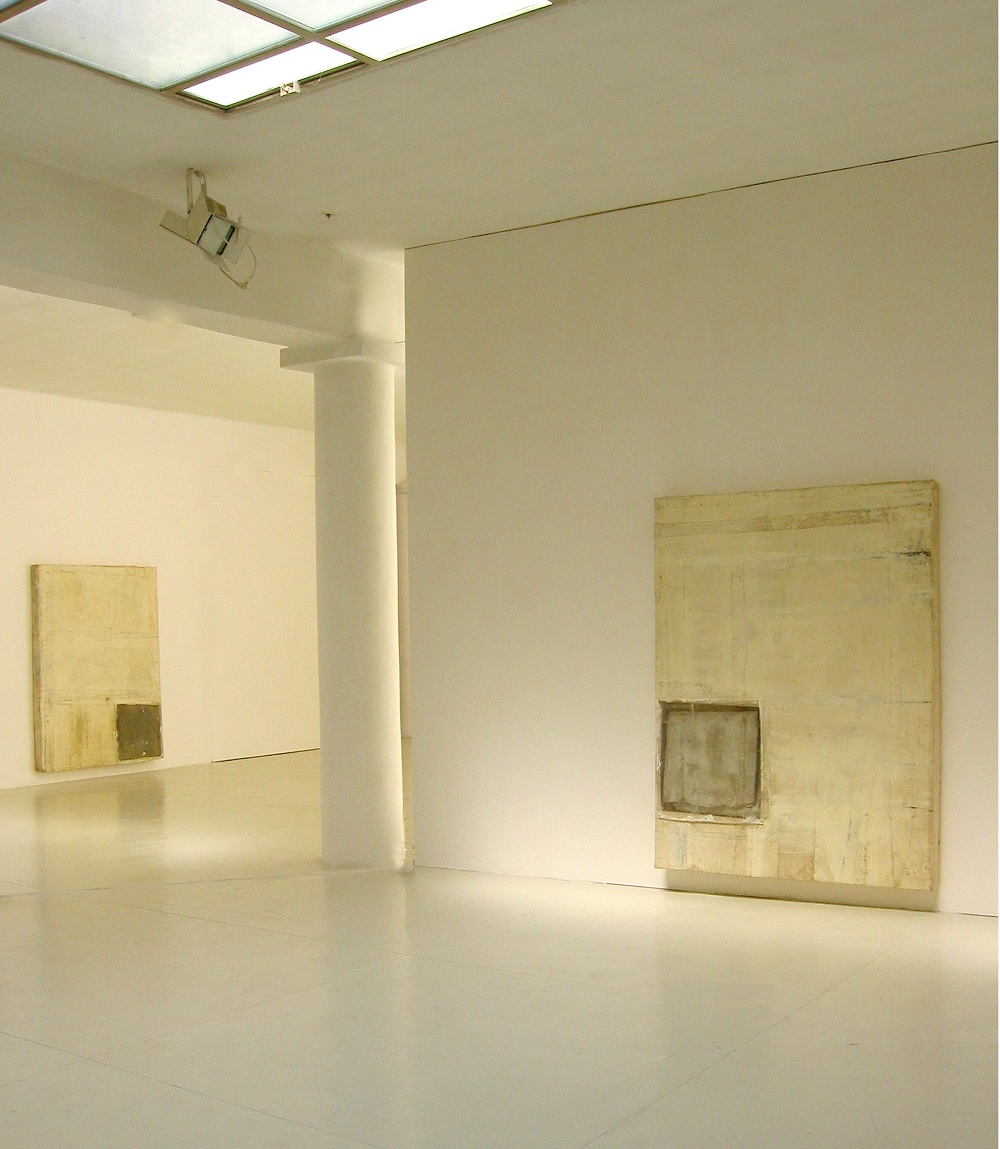 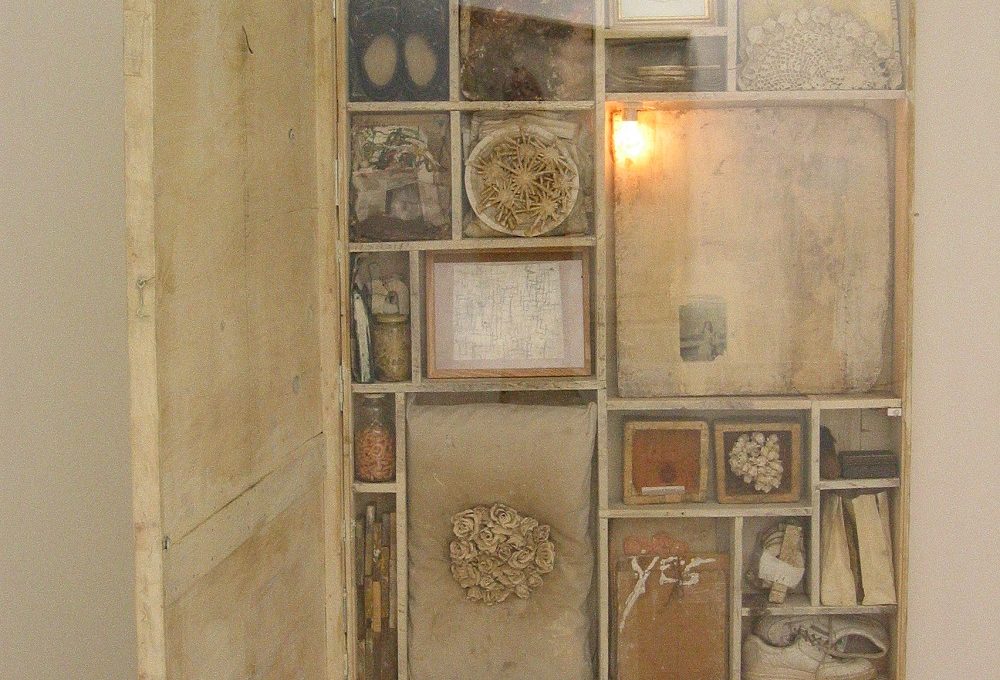 There exists an introspective way of looking at reality that also involves an introspective time, though these are elements that for Carroll are anything but diary-keeping. One of the great results of his work, in fact, is the very capacity for communicating these ways and time, in such an intuitive manner that the allegiance of the viewer is immediate and collective, universal, shared. Two rolls of canvas are placed on the floor in front of a painted surface that has become an object, not just an idea. On the floor, a short distance away, a switched-on light bulb annuls the conceptual space that traditionally exists between art and reality. The rolls are the daily, benevolent presence of a familiar material made docile by layer after layer of paint. In this way the light bulb seems left on out of forgetfulness on the part of the person who has just left, while the imposing wood and canvas shape converses with the materials it is made out of and which stand in front of it as an unstructured form. 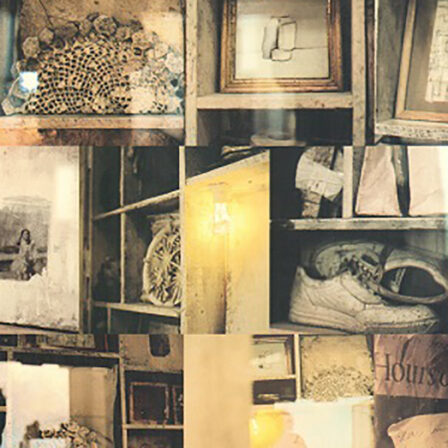