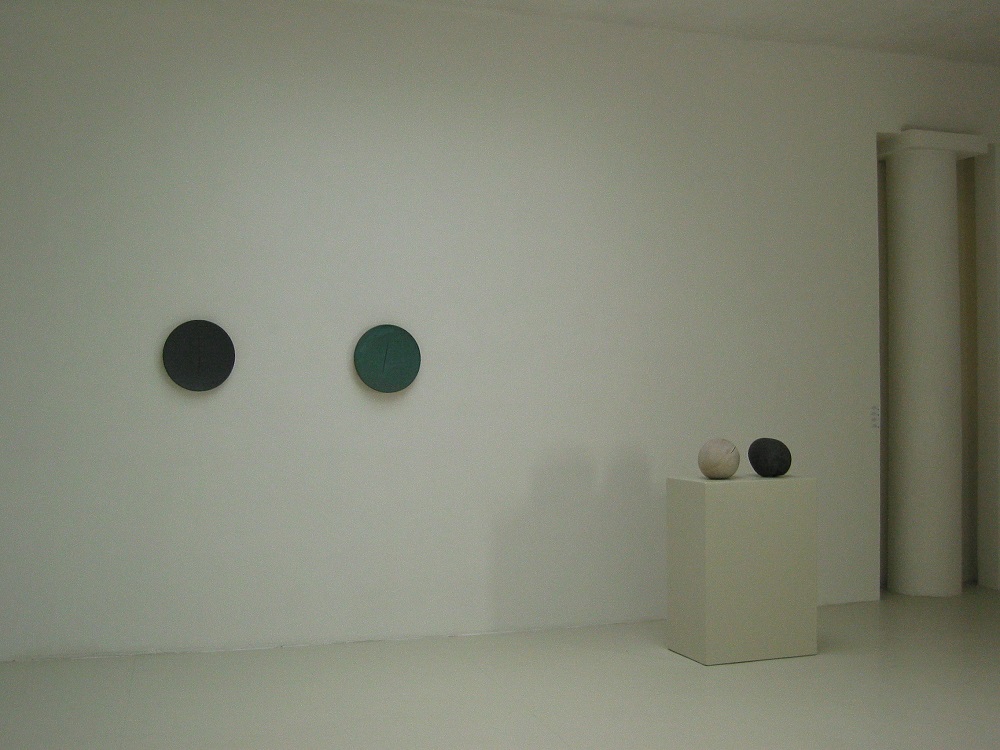 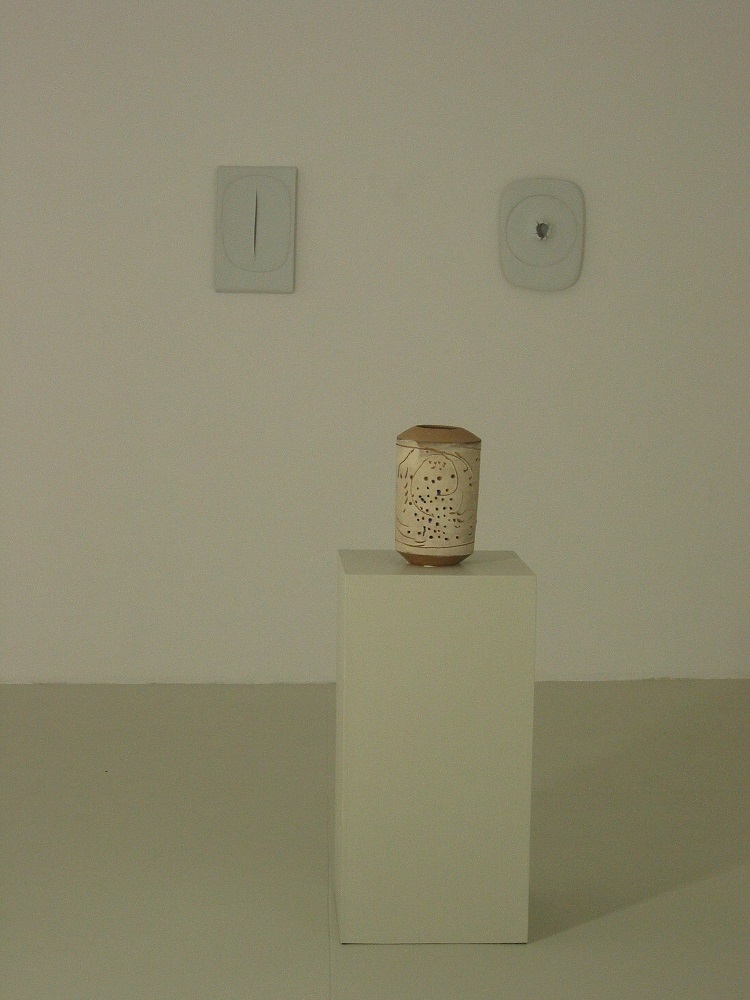 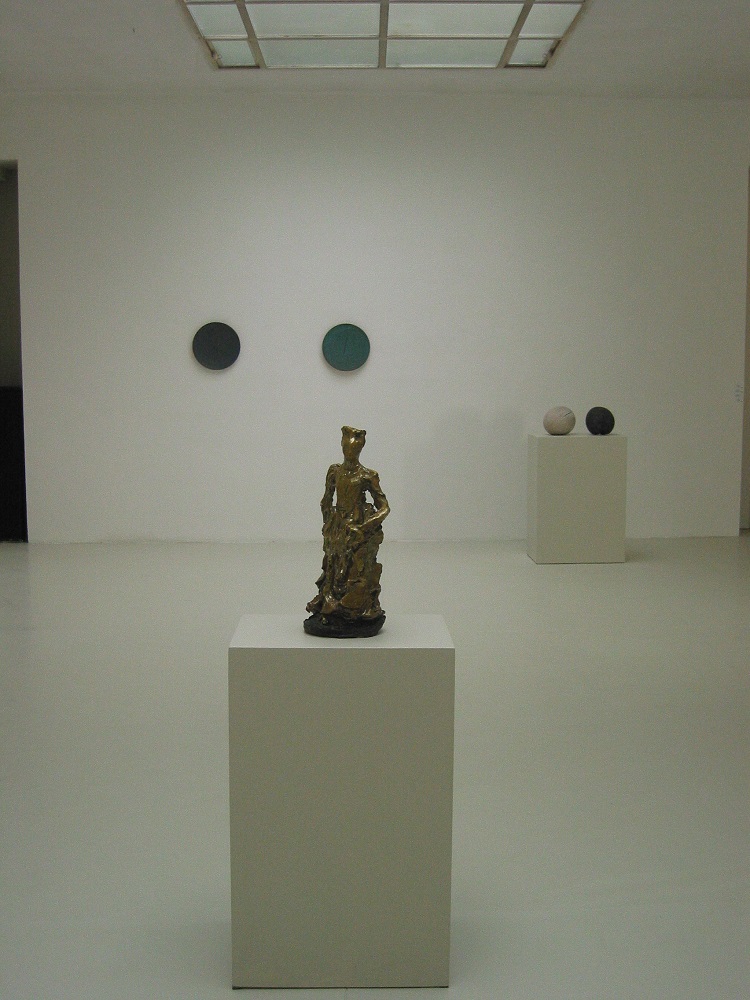 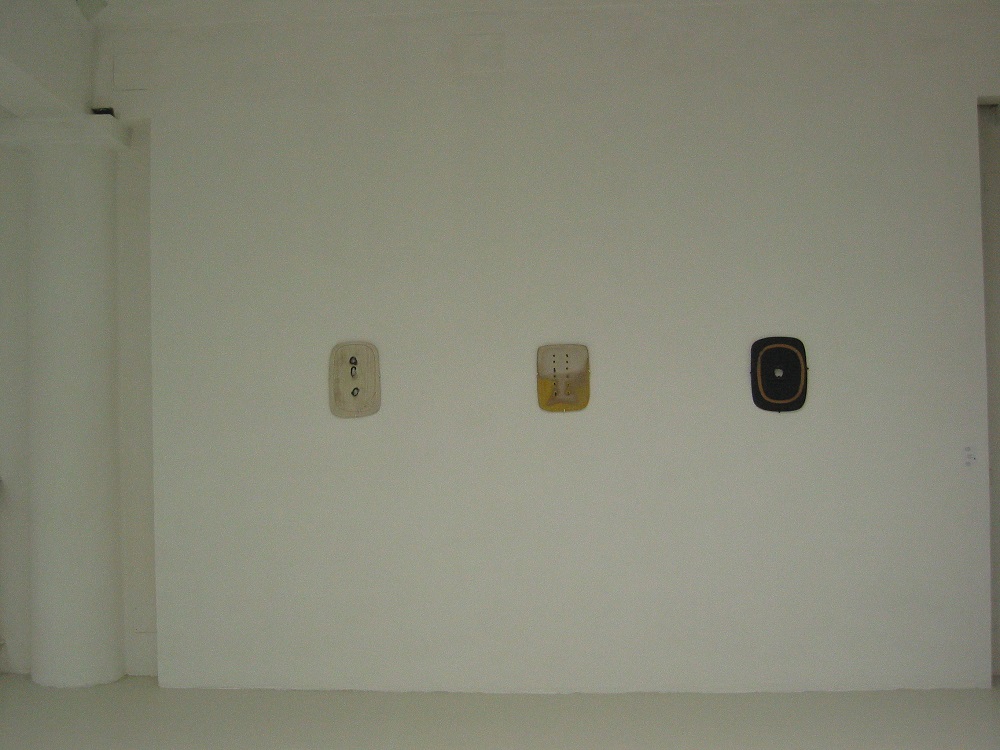 Perhaps due to their traditional status as a ‘minor art’ or perhaps due to the fragility of the material and the consequent rarity of the works, Fontana’s ceramics have rarely been given their just evaluation in his output. But not only did he create works from clay throughout the whole of his career, indeed during the war years in Argentina he made his living both as a ceramicist and as a teacher of ‘modelling’, but many of his most creative ideas grew from his work with clay.

Just because clay is not a ‘noble’ material – which in today’s artistic climate can paradoxically be considered a gain – he was able to experiment with an, at times, almost baroque abandon that was not possible in other media. Throughout his career he modelled, scratched, cut clay with a freedom never to be completely recaptured in his larger works.

A close appreciation of Fontana’s ceramic work leads to a conclusion that is sometimes overlooked: Fontana’s work was of great importance in the twentieth century as one of the most energetic examples of a conceptual approach to art. But his ceramics, above all, demonstrate just how his conceptualism was dependent on the materials he used. His energy was never just cerebral, but also manual.

On show at the Studio la Città are works from the whole of his career: figures, vases, plates, and plaques dating from the 1940s until the last years of his life.