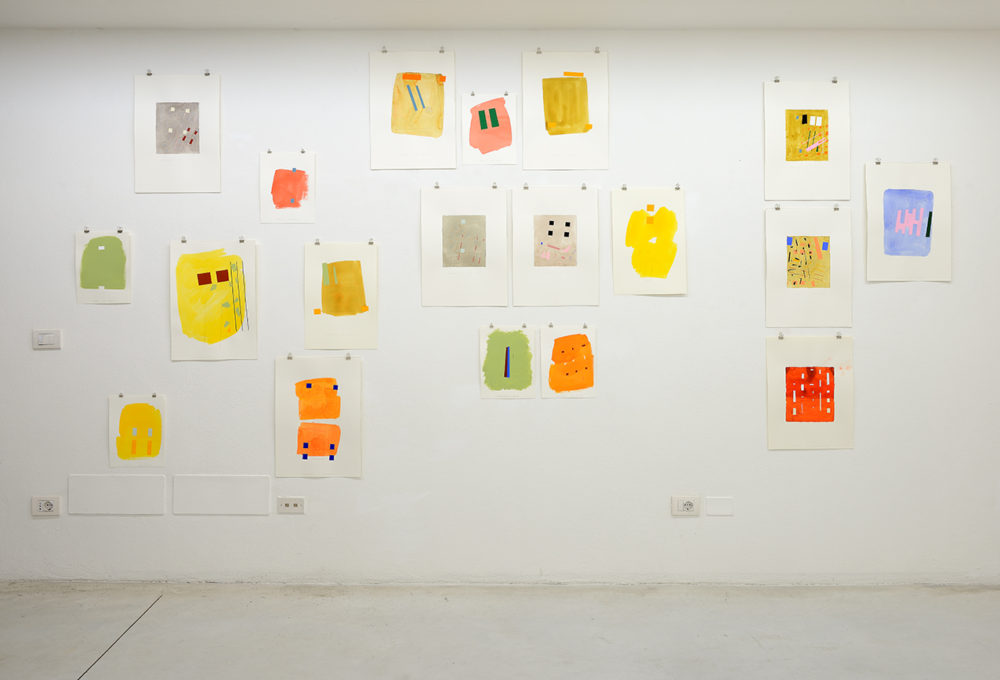 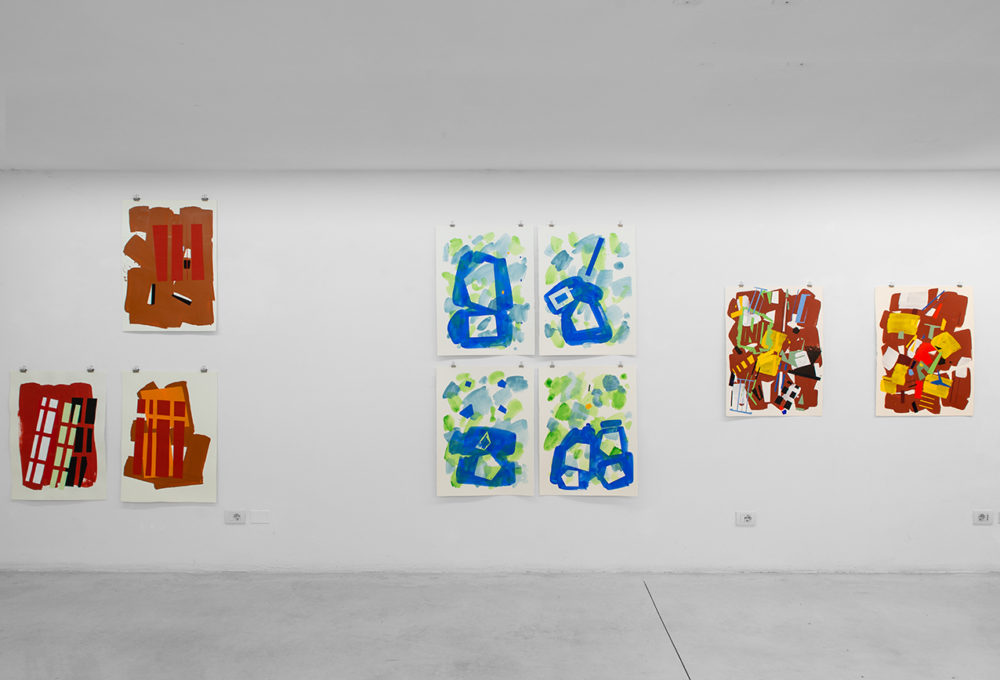 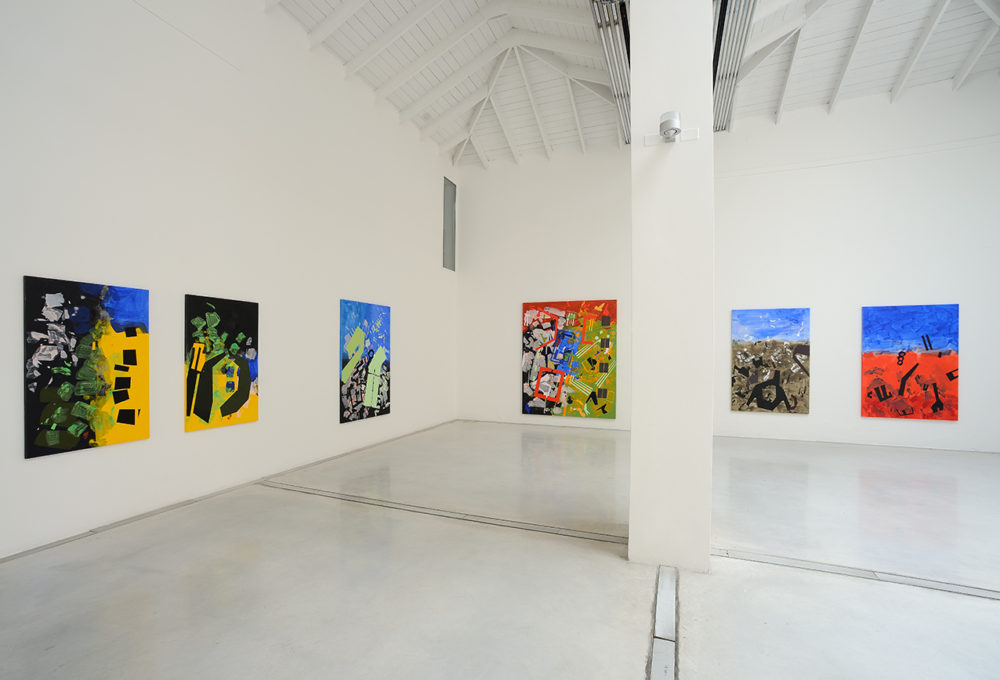 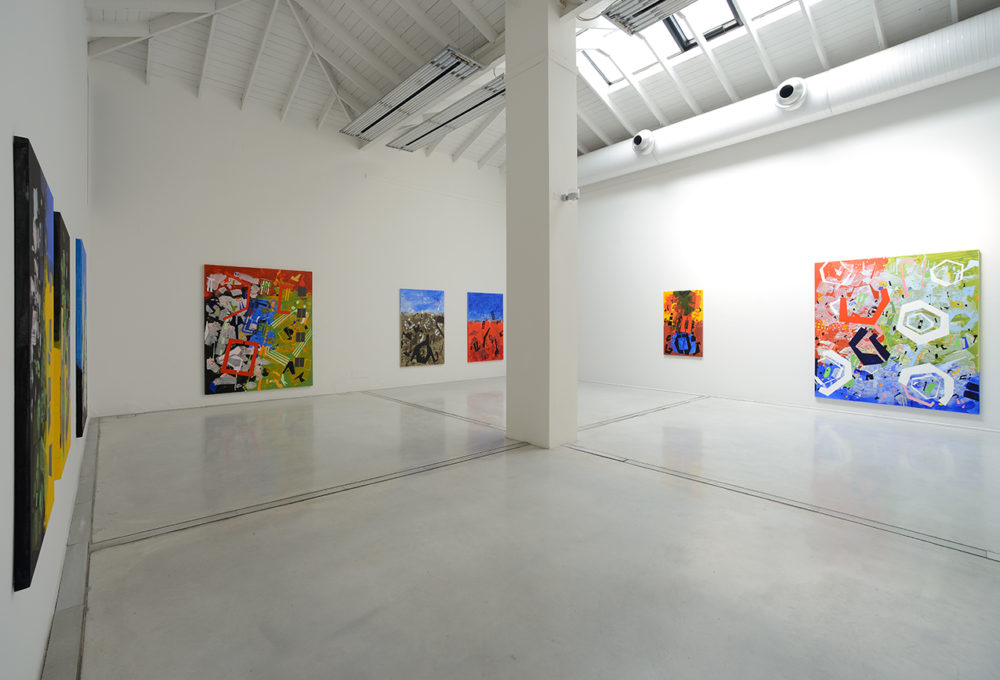 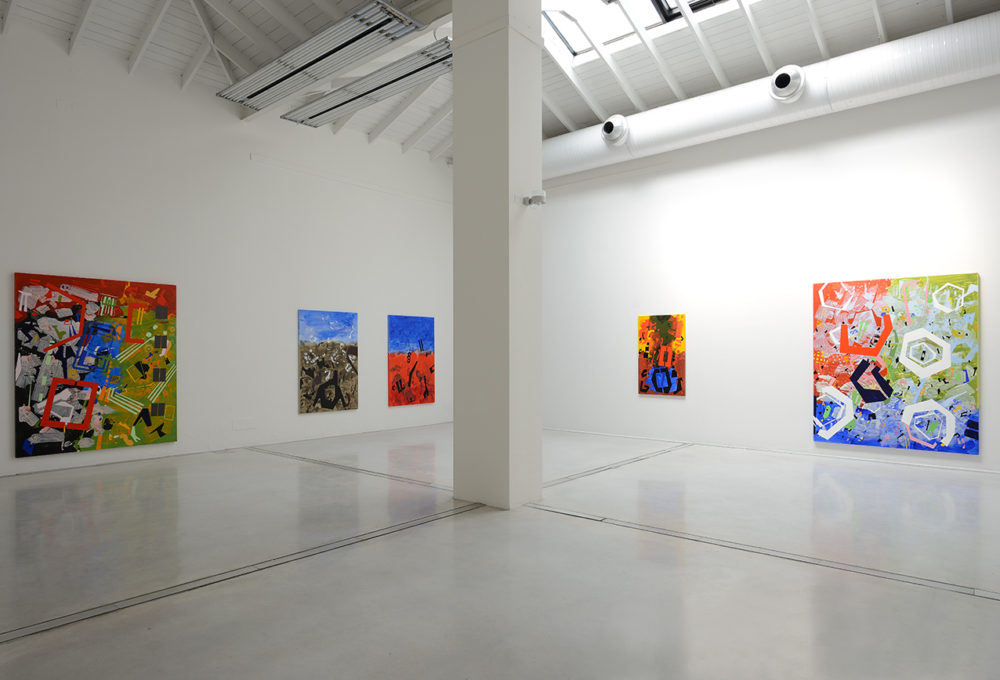 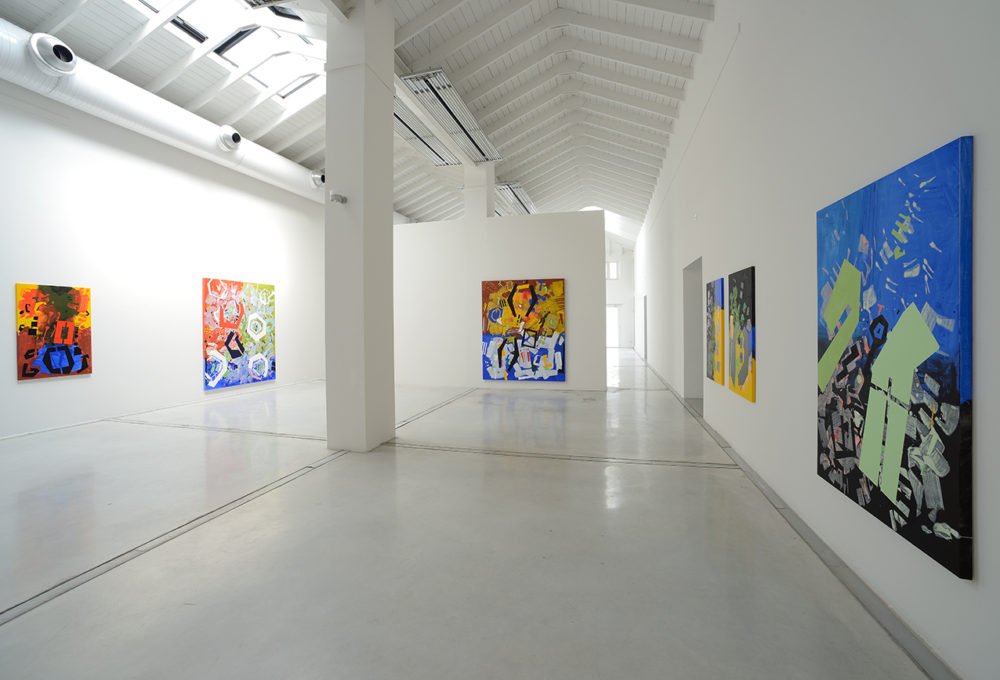 Studio la Città, together with the Rizzuto Gallery, Palermo, opens its 2019-20 series of exhibitions with a solo show by Lucio Pozzi.
Pozzi was born in Milan in 1935. After having lived for some years in Rome, he moved to the United States in 1962 and became an American citizen. He was greatly impressed by Pop Art and Mark Rothko, influences that are still to be seen in his work. Today the artist shares his time between Hudson, a town to the north of New York, and Valeggio sul Mincio, a village between Verona and Mantua, which is the source of most of the works on show.
The installation in the rooms of Studio la Città is mostly taken up by one series in particular: the Scatter Group Paintings, from which the whole show takes its name. These are large-scale acrylics on canvas in which Pozzi concentrates greatly on the texture, and transforms his thoughts into actions on the canvas: here the stratification of the various layers of colour can be read as a kind of archaeological scan by the viewers.

The fact that acrylics dry quickly allows me to add layers of paint without limitations and in a short time, only slightly longer than the speed of thought. In these paintings the traces of the underlying layers can be distinguished under the final surface. It is important to me never to know when or how a painting is finished. As Picasso grumbled to a friend after having visited a retrospective by Cézanne, “from now on a painting is finished from the first brushstroke onwards”. The Scatter Paintings are concerned with the distribution of forms and colours within geometric areas formed with masking tape and applied, first on the field of diluted paint, and then one on top of the other. In them I proceed with the panic and excitement that I feel to be the most essential character of my painting. Every day I must also have the courage to destroy what I have done if it seems too obvious to me. With acrylics I cannot remove layers and so I can only add layer after layer until I stop. I play with infinite echoes, imitations, and contradictions.

Besides this group of acrylics on canvas there are also present in the show some smaller works on paper; here the geometric element is always present, as are also allusions to Conceptual Art, Suprematism, and the approach of the Fluxus movement which are reflected sometimes in a very light and delicate manner, other times in more contrast. For this series too Pozzi works through stratification, applying a first surface of paint diluted with watercolour; on this he then intervenes with a palette knife to apply geometric forms in vinyl and, at times, drawing elements with graphite.

This series of works has been carried out very instinctively, almost as though for the artist it was a question of daily exercise. Recently, Pozzi himself has stated, “I often dive into the game of ‘a painting a day keeps the doctor away’; in other words, I try to make one work on paper every day before, during, or after all the other activities in the studio. In this series I have followed one of my favourite themes, even when I work on canvas: to begin with diluted paint and then to give an answer to this first event, with unplanned improvisations and without any attempt at having programmed results. In order to make ‘a painting a day’ I must work modestly and accept that the flow of ideas and of the hand almost guides itself; it is a routine that leads to burning bridges and to immersing myself in action without putting things off.”