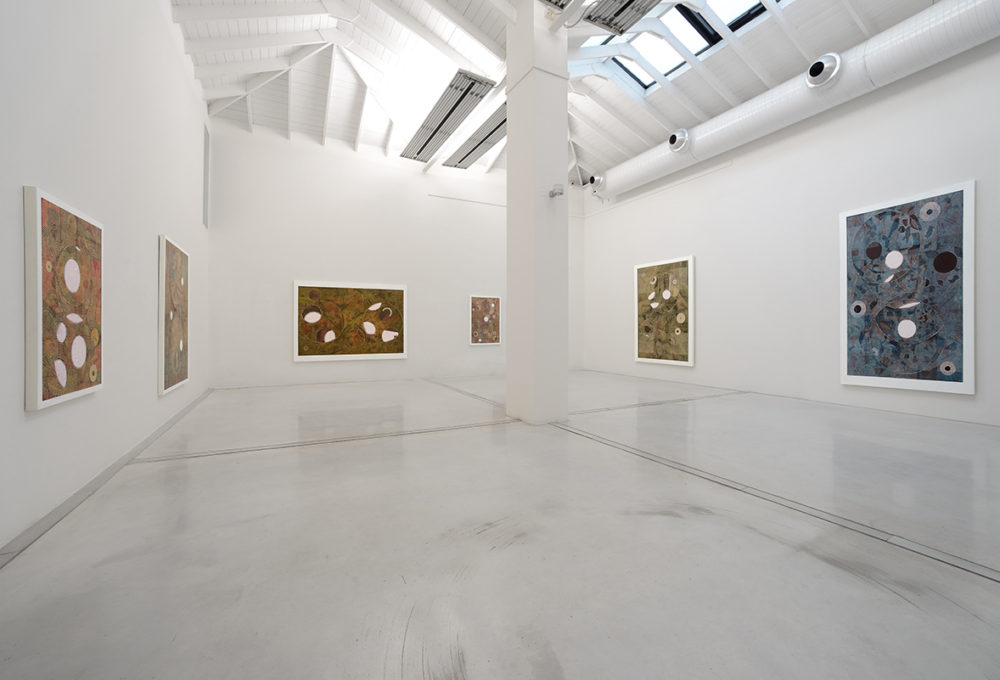 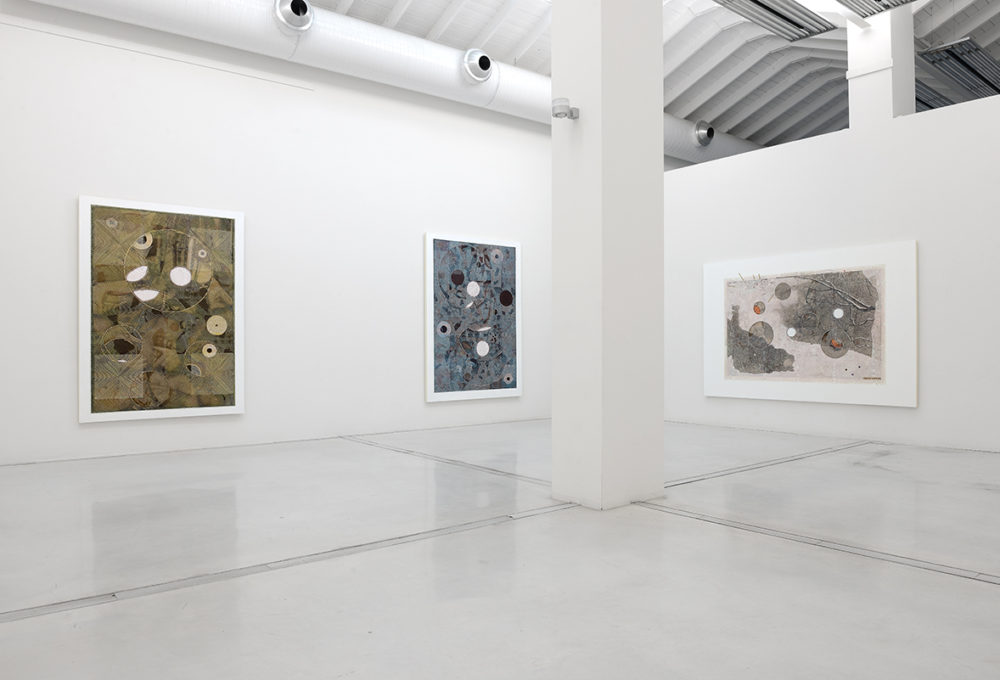 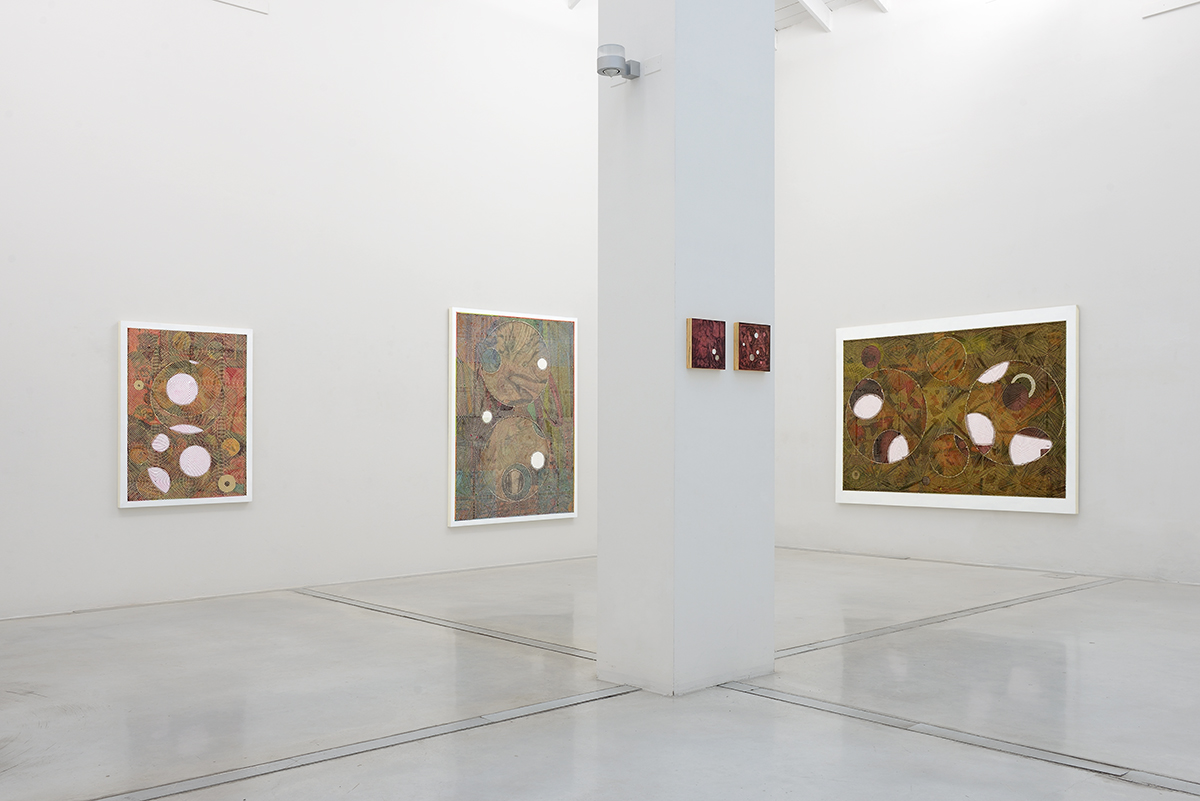 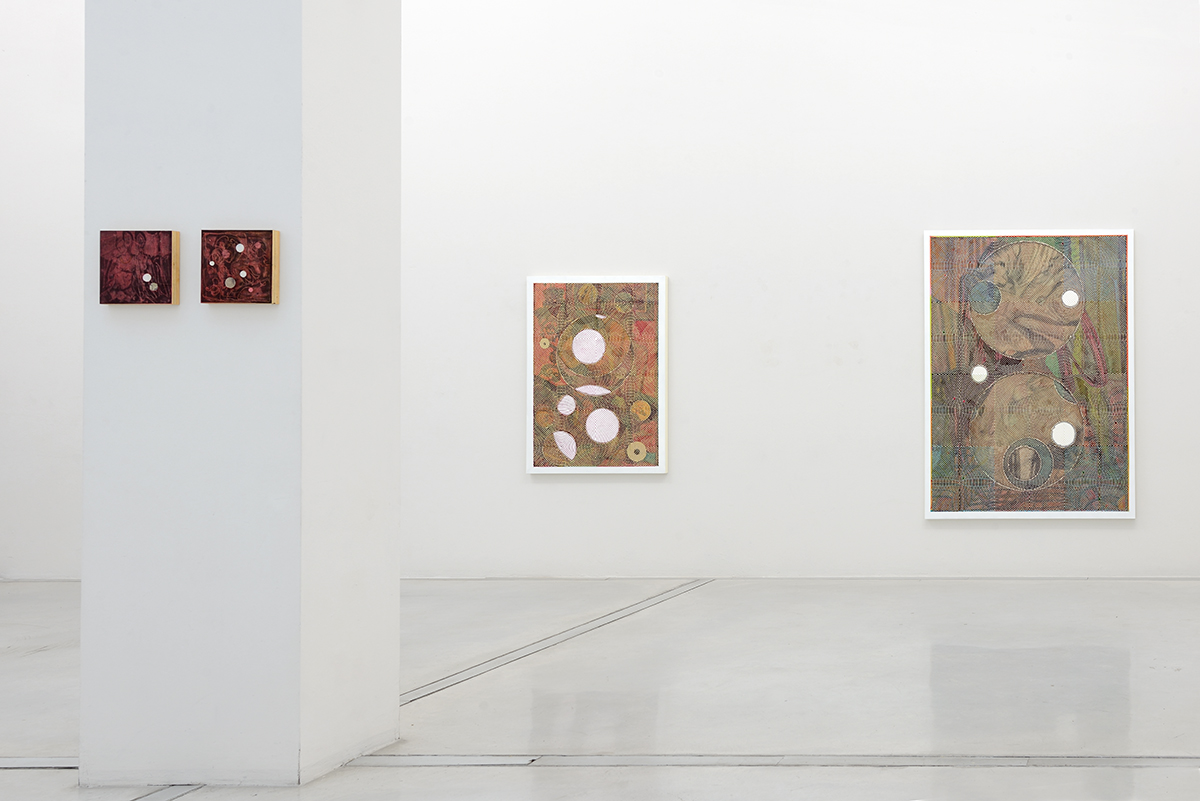 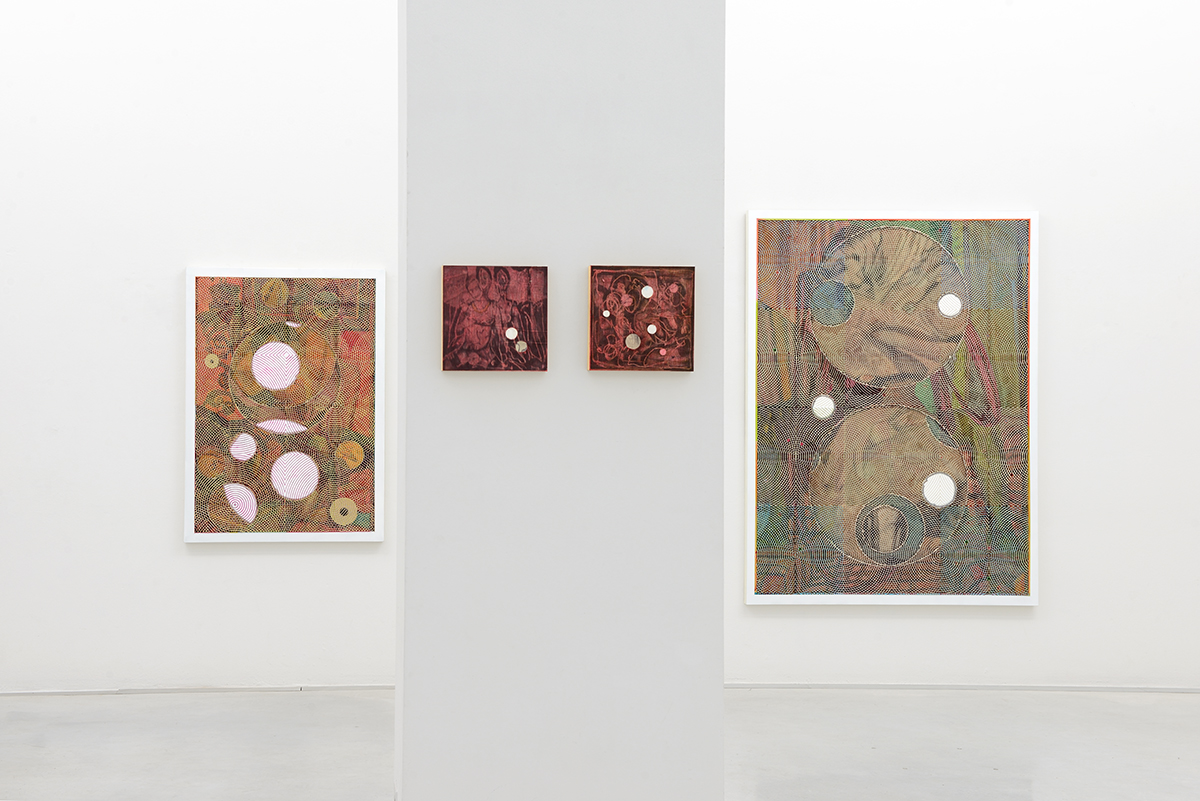 On Saturday 26 November 2016 Studio la Città will be inaugurating a solo show of works by Luigi Carboni: La forma, un attimo prima. On show will be new works by the artist with an extremely intricate interweaving of marks that condense and disperse over the surface, to the point of creating perspectival planes and a total absence of traditional space.
The large-scale oils and acrylics on canvas are flanked by works of smaller dimensions that allude to three-dimensionality and that use geometric forms held captive by a reticular painting. The artist had already experimented with this expressive technique at the end of the 1980s, a period when painting/sculpture hybridisation was fashionable, but then the basic idea evolved: the conceptual play between ornament and form – at times rigorous, at other more psychedelic – generated works in which the paint lifted up from the surface, captured and reflected the light and shade and, to the chaos of the chromatic interweaving, united a more severe geometry. Carboni himself has described his work in these terms: “Classicism and experimentation are the paradox of a reciprocal and simultaneous dialectic; contemporary beauty is conceived and perceived as a composition of parts that are in competition with each other, where visual pleasure can be transformed at any moment into abuse, and where the most silent object can become irritating without us understanding why”.
In an essay written by Ludovico Pratesi for the 2010 show in Verona, the curator, well knowing the artist’s development, also paid attention to the contradictions that characterise the artist, contradictions that aimed at questioning the boundary between lyrical abstraction and the figuration of the everyday, between a decorative style and the intimate result , in order to lead the pictorial object to the profound essence of its being: everything is before our eyes, perfectly arranged on those surfaces saturate with images; marks at the very limit of impenetrability.
In this show too, the fragmentary and unitary nature of the work perfectly portrays our own times: a union of opposites that cohabit in their diversity with all the resultant uncertainties and contradictions.

Luigi Carboni was born in 1957 in Pesaro where he lives and works. Besides Studio la Città, many galleries in Italy and abroad have hosted solo shows by him: Jack Shainman Gallery, New York; Lumen Travo Gallery, Amsterdam; Patricia Faure Gallery, Los Angeles; Galleria Giò Marconi, Milan; Otto Gallery, Bologna; Studio la Città, Verona; Centro Arti Visive Pescheria, Pesaro; in 2010 at MACRO, the museum of contemporary art in Rome, and, most recently, in 2016 at MAC, the Lissone museum of contemporary art.
His works are to be found in numerous private and public collections: the gallery of modern art, Bologna; Palazzo Reale Museo d’Arte Contemporanea, Milan; the collections of Banca Commerciale Italiana, Banca Intesa, and the Fondazione Cassa di Risparmio, Bologna; the Farnesina collection; the Collezione della Banca Unicredit; and the collection of the Schaufler Foundation. 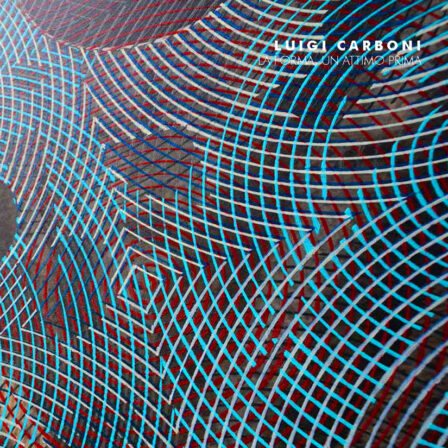