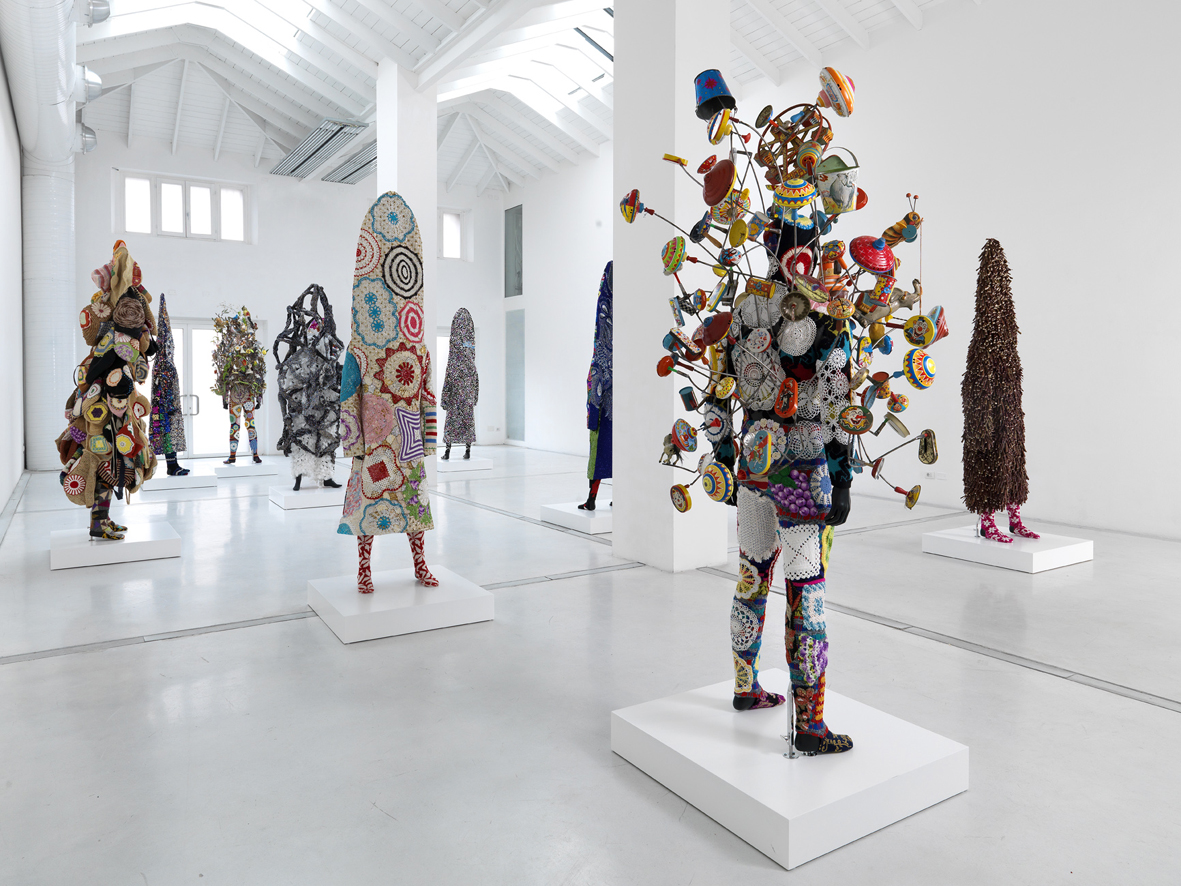 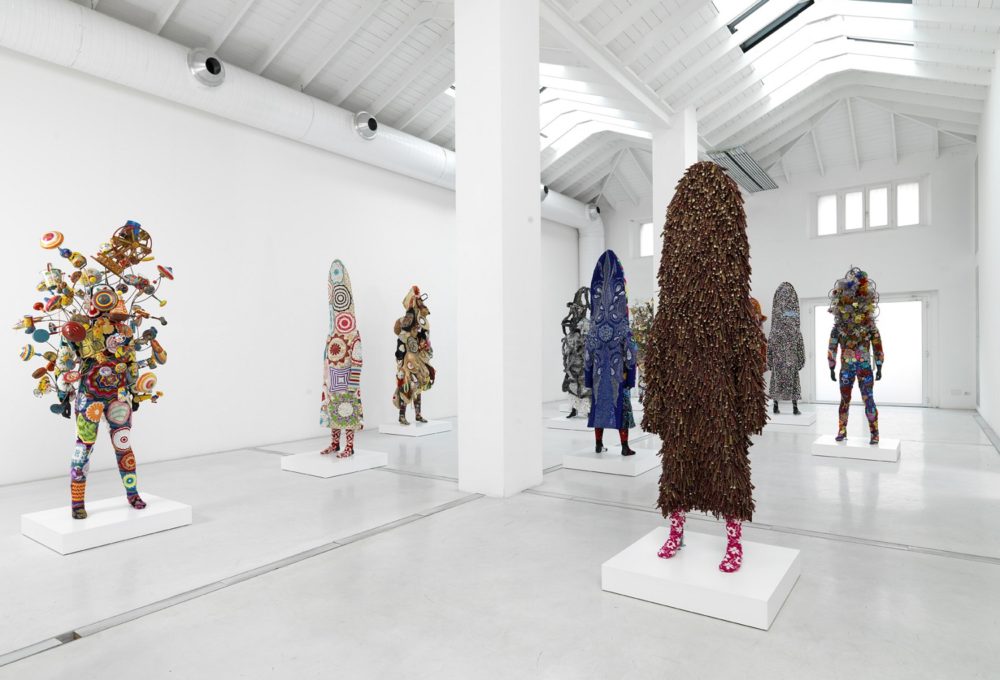 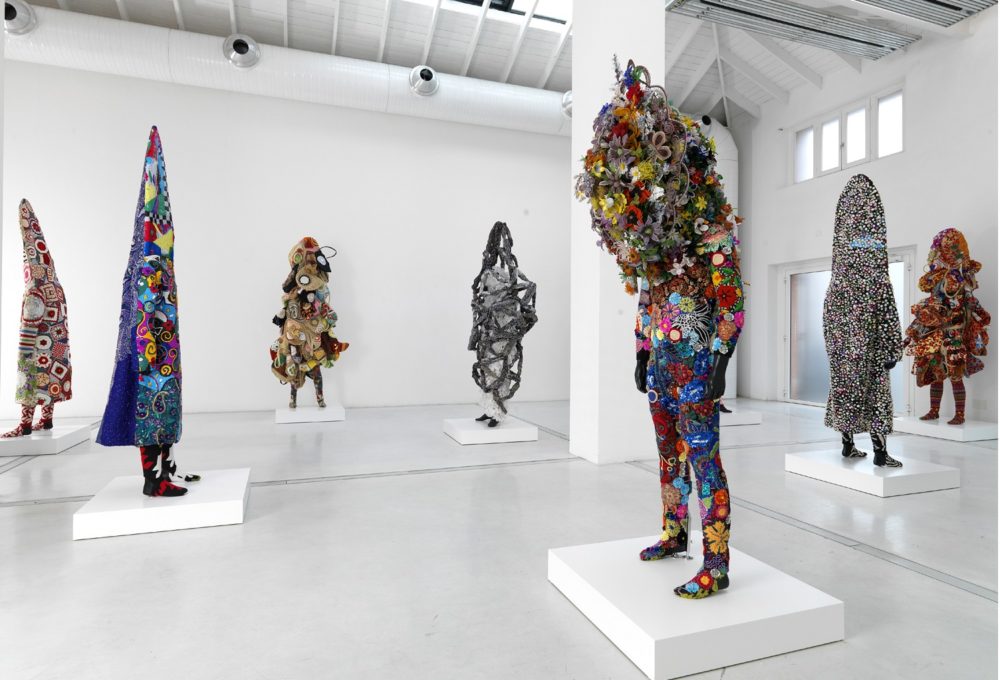 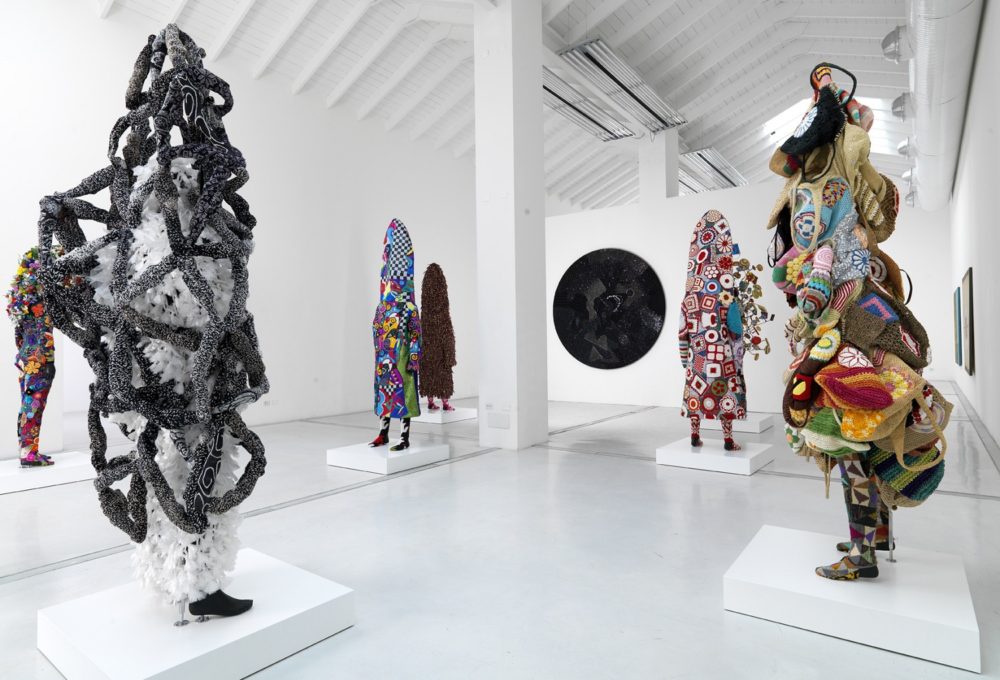 Having shown a sculpture in the Basel art fair, and while preparing his first solo show in Italy (provisionally fixed for 27 March), Nick Cave is to be seen in Bologna with one of his famous Soundsuits, those extraordinary examples of sculptures/clothes made from different materials taken from the most varied cultures and mixed together with the most various expressive images in order to form a visual synthesis that can be interpreted in multiple ways.

The artist’s African origins, his interest in ritualistic cultures, his enthusiasm for dance which is transformed into performances, and an animist sense that attributes a sentient and determined essence to each object, make every Soundsuit, like each of his sculptures, a kind of ethnic summa, transplanted, though, into a sphere of languages which are anything but ethnic. In this way the exotic feeling exuded by his “sculptures to be worn” is appreciated first as a reminiscence of an “other” culture, then, step by step, it imposes itself as a future possibility for the hybridization of languages, even the most sophisticated ones. Cave is in no way nostalgic but, on the contrary, he indicates a possible future, one consisting of strong and evident linguistic contaminations where gender, a sense of belonging, and ethnicity mix together with culture, with settled language, and with the elegance of possible interpretations. Tribal belonging has been transferred among skyscrapers, and there is nothing to do but accept it and construct our own new myths and rites: the exotic becomes everyday; the elsewhere is our own home. 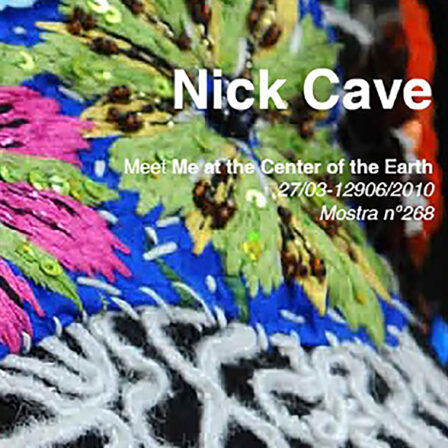 NICK CAVE, Meet Me at the Center of the Earth