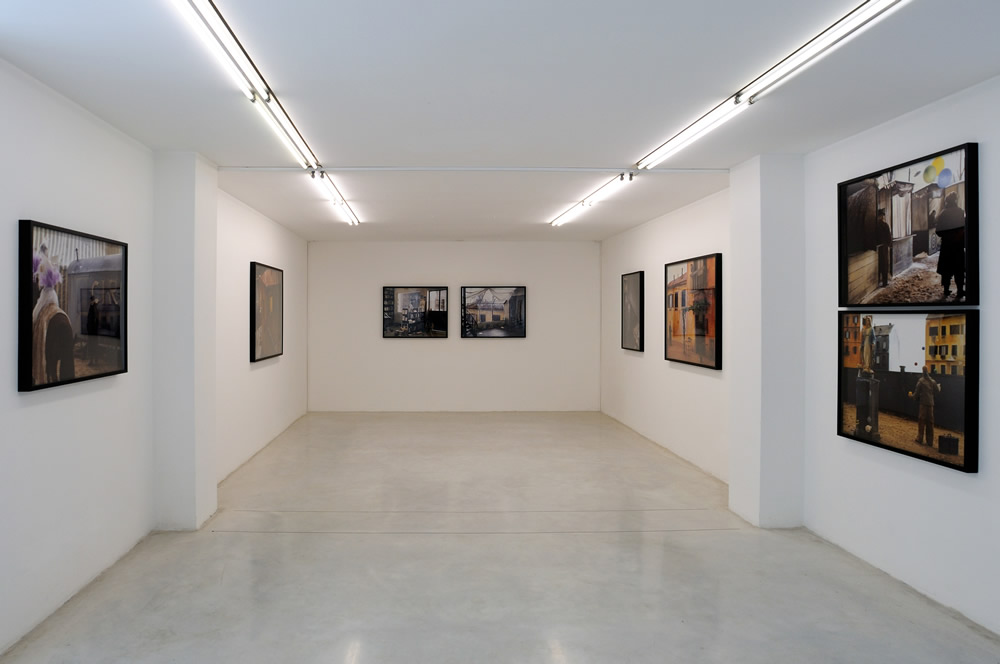 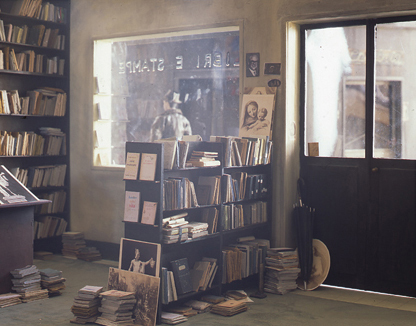 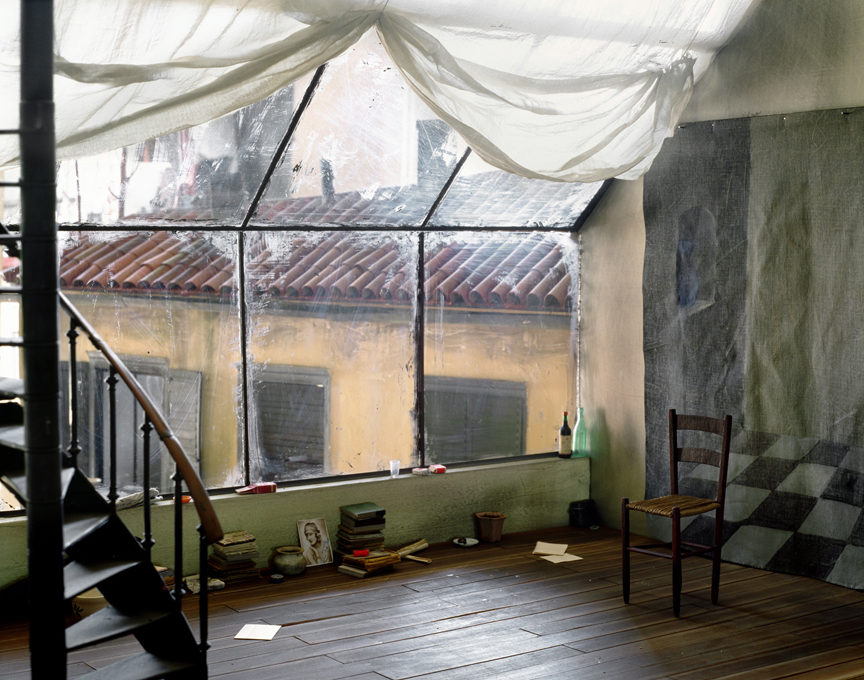 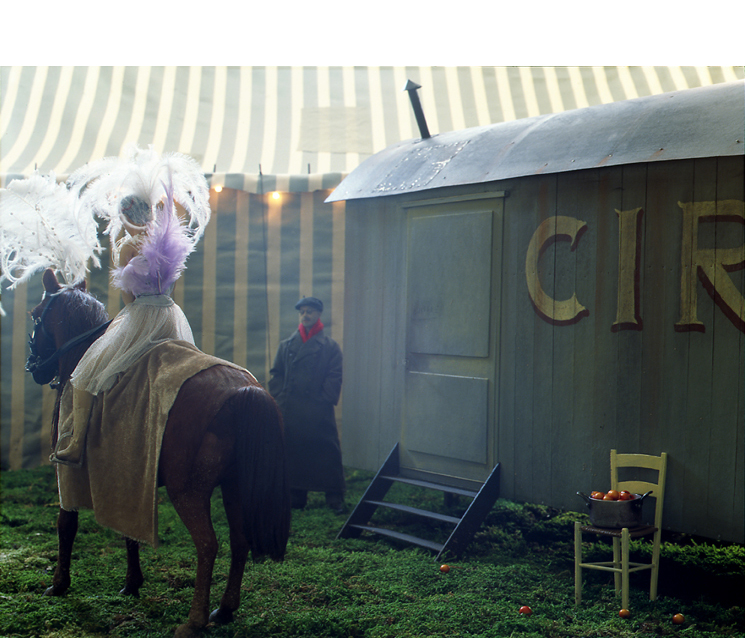 Metaphysical atmospheres: there are no recognisable places nor is there even a precise time. However, we are talking about photographic images and, therefore, of the traces and records of apparently real situations. Where’s the trick? These are the microcosms that Paolo Ventura constructs and then photographs. Just like film sets, but here too there are no precise reference points: Neo-realism, French noir, or the German cinema of Fritz Lang.

Old second class train carriages, the walls of grey buildings, the courtyard of a town that might be any town. And there is an eternal winter where the lights of a barely sketched-out life are dimmed..

The characters are puppets, made-up and dressed in the fashion of various epochs: but there is no philological yearning for reconstructing them. His is a slow work, built up patiently and planned with great attention to detail.

And then there is the circus too which in itself lies outside time: tightrope walkers, jugglers, ballerinas, clowns. The atmospheres are melancholy: this is the precariousness of existence.

A poor harlequin lies on a bed in a room dominated by loneliness. The overall feeling recalls the world of Antonio Donghi, a greatly loved painter.

Paolo Ventura’s interest is not in the medium or the photographic language but is, rather, aimed at recreating a painting-based atmosphere with a language different from that of painting itself. We might, though perhaps by exaggerating slightly, trace in these works a modern pictorial matrix. If for nothing else, then at least in his attitude to the means employed.