Pier Paolo Calzolari’s work is the least repetitive and predictable to be seen in the art of the past fifty years. Similarly, his activity cannot be linked to preconceived schemes. For him art is a springboard towards transformation, making use of ephemeral and short-lived materials.

If, from 1972 onwards, he mainly used salts, ice, animal and vegetable substances, in the following decade he began to focus on “actions” using the elements of architecture, dance, theatre, and cinema with borrowings from music and literature. In 1979, at the end of this period, painting became more important and changed his reference points.

The next phase, which culminated in a series of large-scale oil paintings, used different means towards the same ends: inquiries into the sublime which is still today his main point of interest. Most recently a dialogue with history has become more pressing, a development of his aim of “creating meetings” which he had already spoken of in his 1969 essay La casa ideale.
The show at the Studio la Città is full of surprises: tables with objects floating in water; gold, white, and black monochrome paintings; an electric train bearing a saucepan of boiling soup and sheets of paper blackened by candle-smoke; an outdoor installation with clothes dancing in midair born aloft by clusters of balloons. Serenely variable modulations: dance, sculpture, and performance are led to new syntheses. 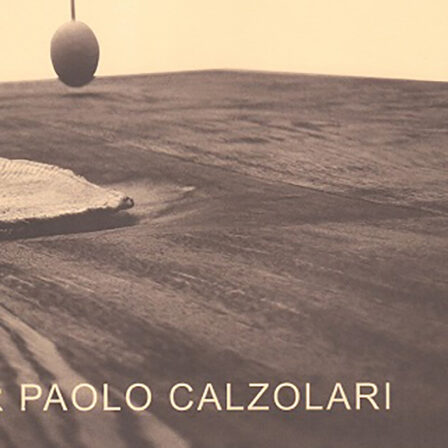