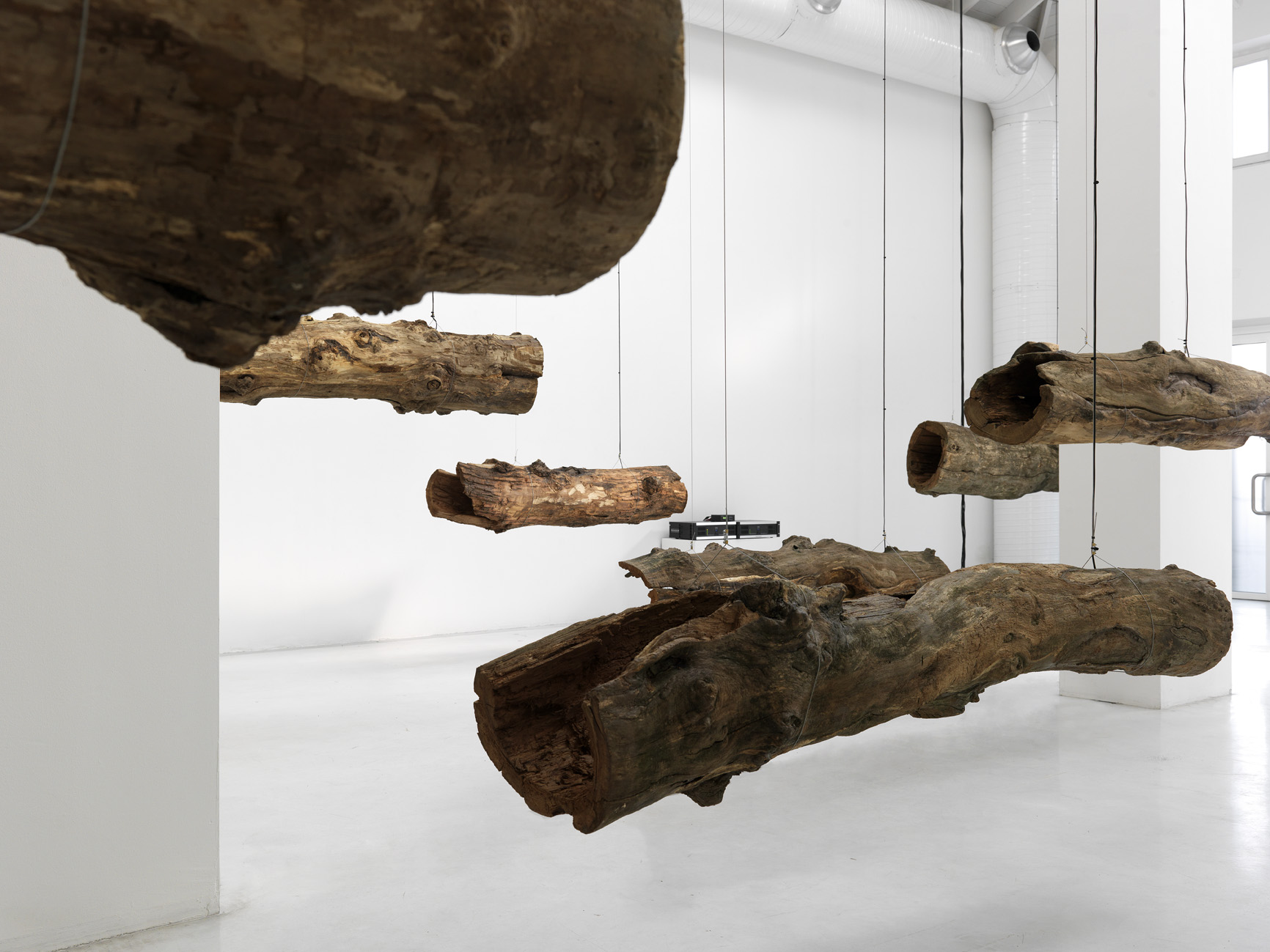 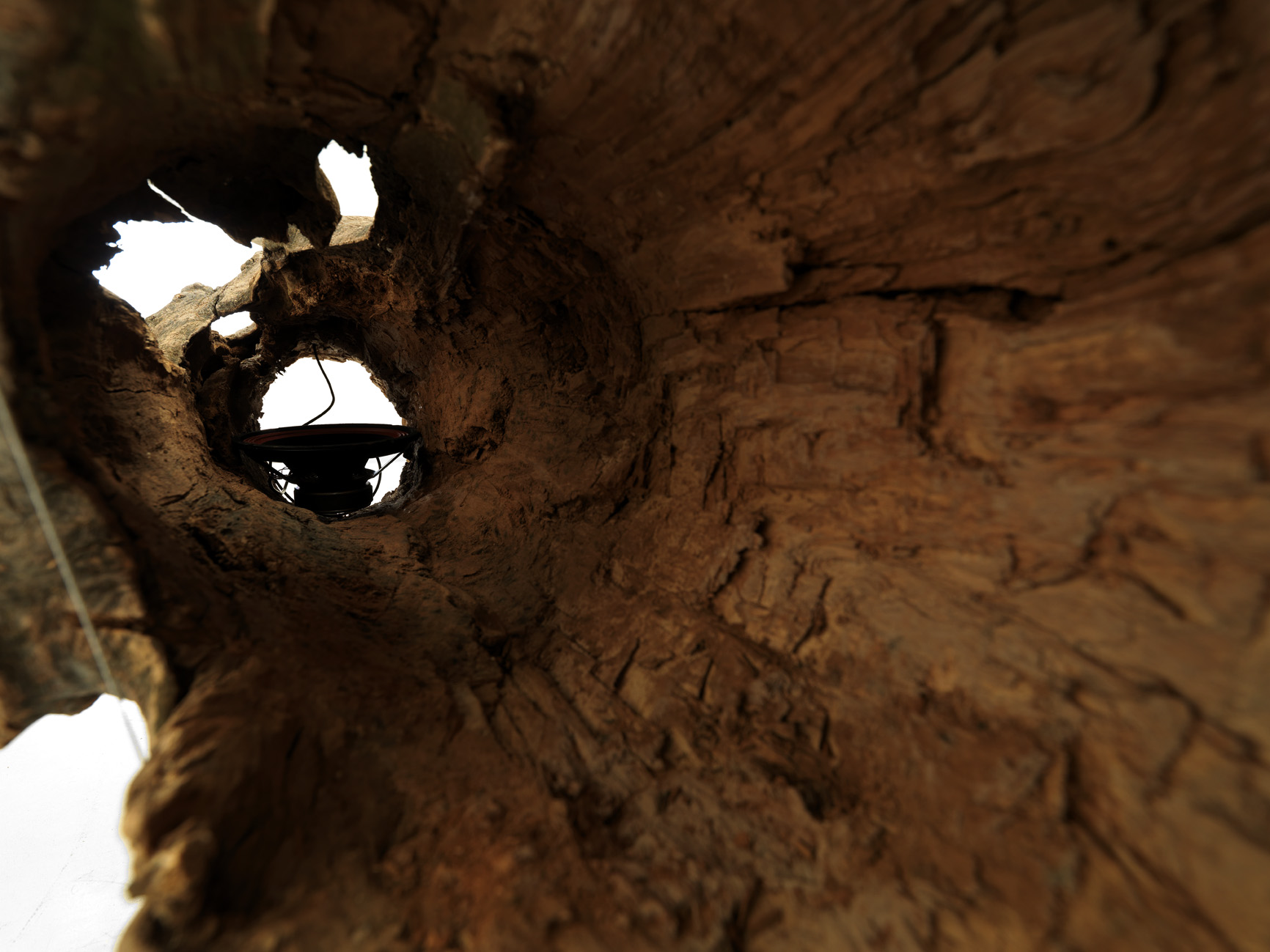 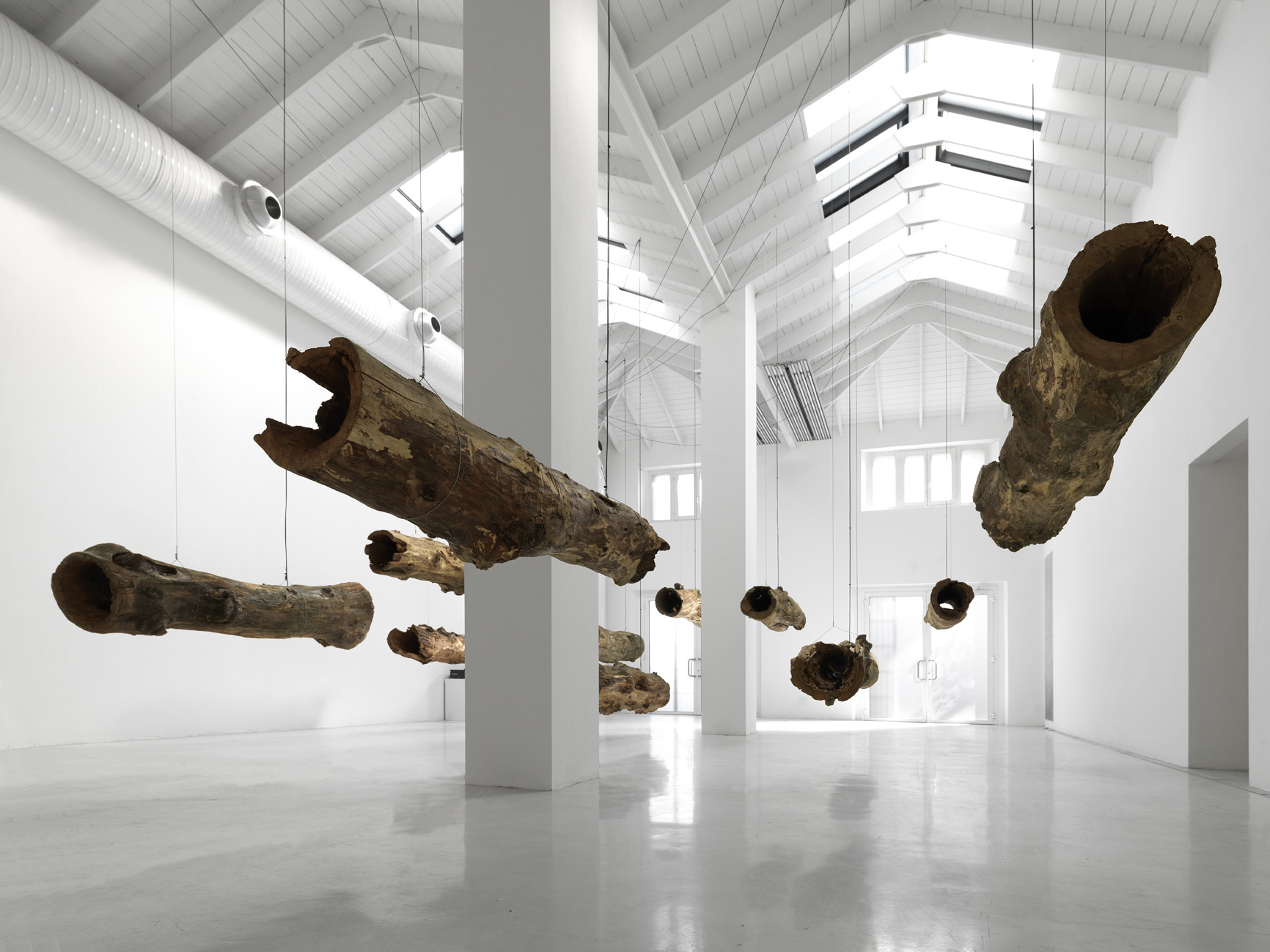 For Roberto Pugliese technology has never been an end in itself. This sound-artist, who has been working with Studio la Città for some years now, always places life-flow in the foreground: sound and technique as components of a happy interaction between nature and artifice. His large-scale installations, characterized by both conceptual sophistication and the visibility of the cables and sound transmitters as though they were organic elements, have ensured his fame on the international sound-art scene. With the works presented for the first time in “Concerto per natura morta”, A Concert for Still-Life, the young artist’s development has been further enriched with new ideas to create an aesthetic in which technology and sound interact with natural materials. The large-scale installation which gives its name to the show is made from 13 large chestnut trunks that have been hollowed out with a special-purpose machine. The trees employed had already died of causes related to the development of the woodland in which they had grown. In this way the artist creates a natural broadcasting mechanism which transmits sounds that begin their life from the very noises and frequencies mechanically generated by the preparatory operations of the trunks themselves. So we could say that the “Concerto per natura morta” gives life back to the trees and music becomes their new lymph.
The medium used for another work is clay. “Risonanti pressioni materiche” is a wall-piece in which the sound created by Pugliese is emitted by a series of small “trumpets” placed side by side. In this case too electronics are twinned with a natural material, and the resultant acoustics derive from this relationship. The same things comes about in the work “Fluide propagazioni alchemiche”: the speakers are immersed in various liquids contained in a series of large carboy-like glass bottles. The floor-based installation thus generates sounds different, not only for their compositional qualities, but also for the differing resistance and propagation of the sound waves through various densities. Furthermore, as is always the case with Roberto Pugliese’s work, the sound created by the artist originates in the materials that he uses as well as in the parameters that the elements of the works contain and that are developed according to mathematical formulae. In this way the sound becomes genuinely and wholly organic, and visual perception is augmented by a multimedia and poly-sensorial aesthetic of complexity. Probably these latest works are a new arrival point for an artist who has always been in search for experiences relating together art, sound, and nature.
Valerio Dehò, 2014 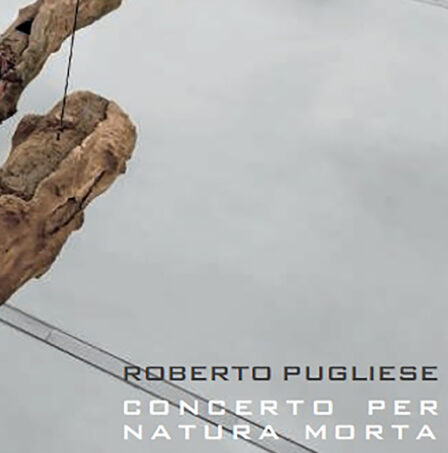