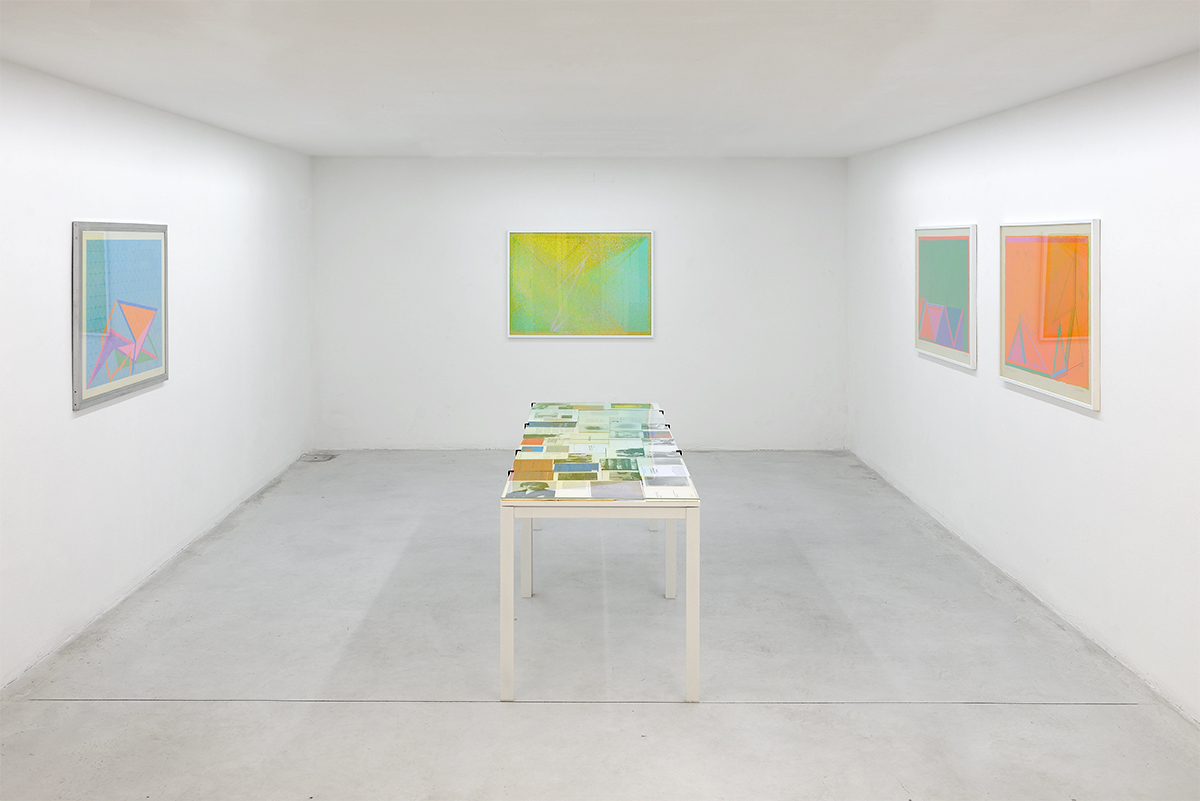 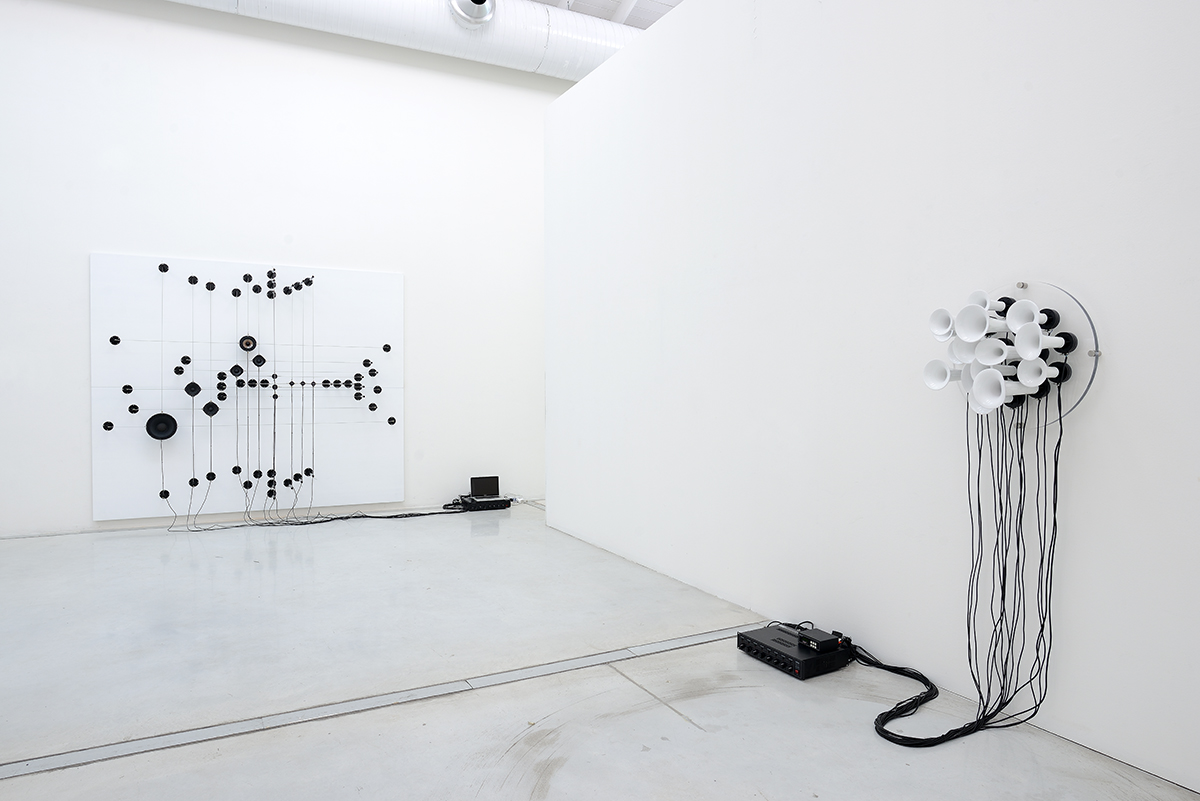 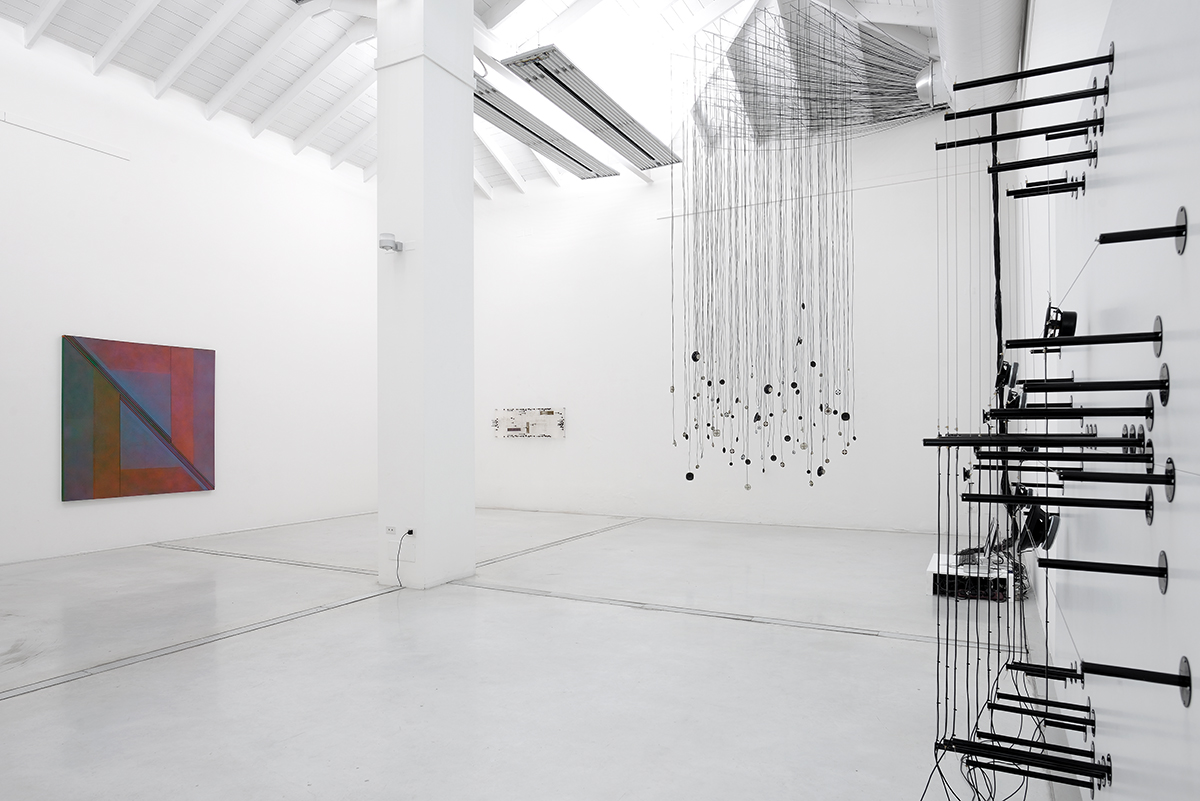 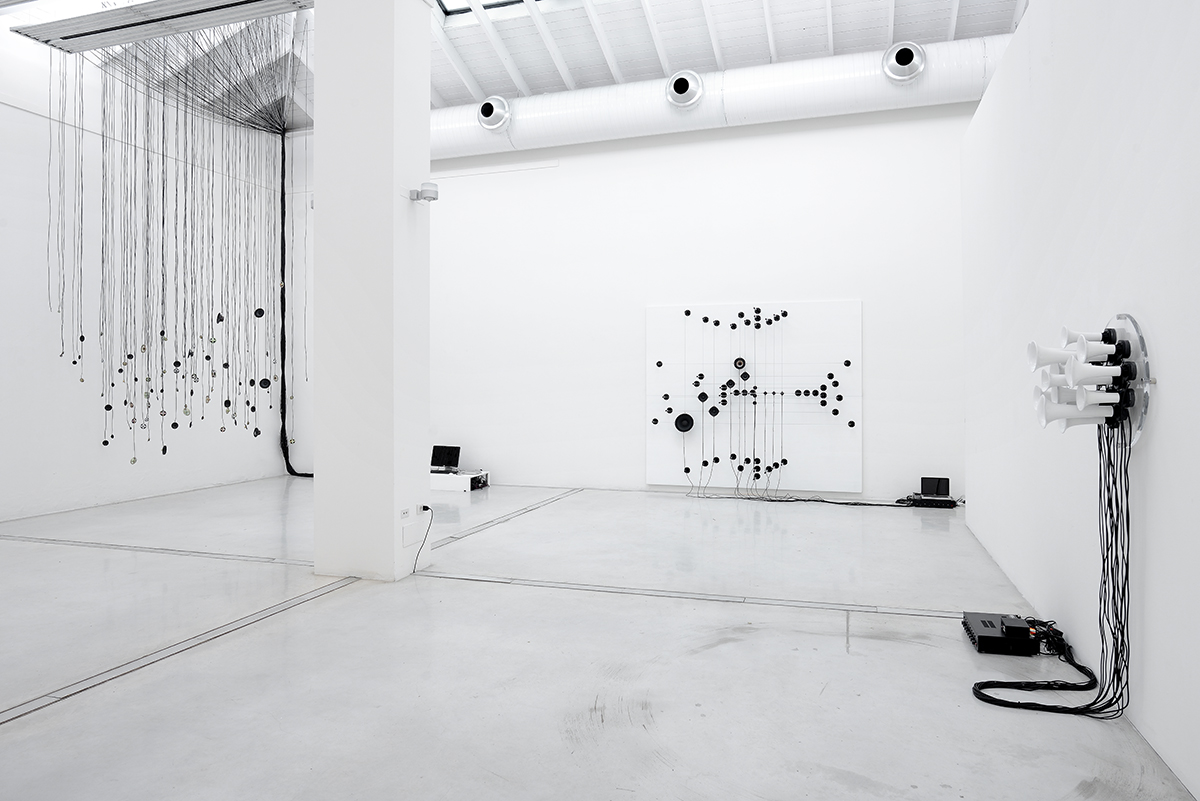 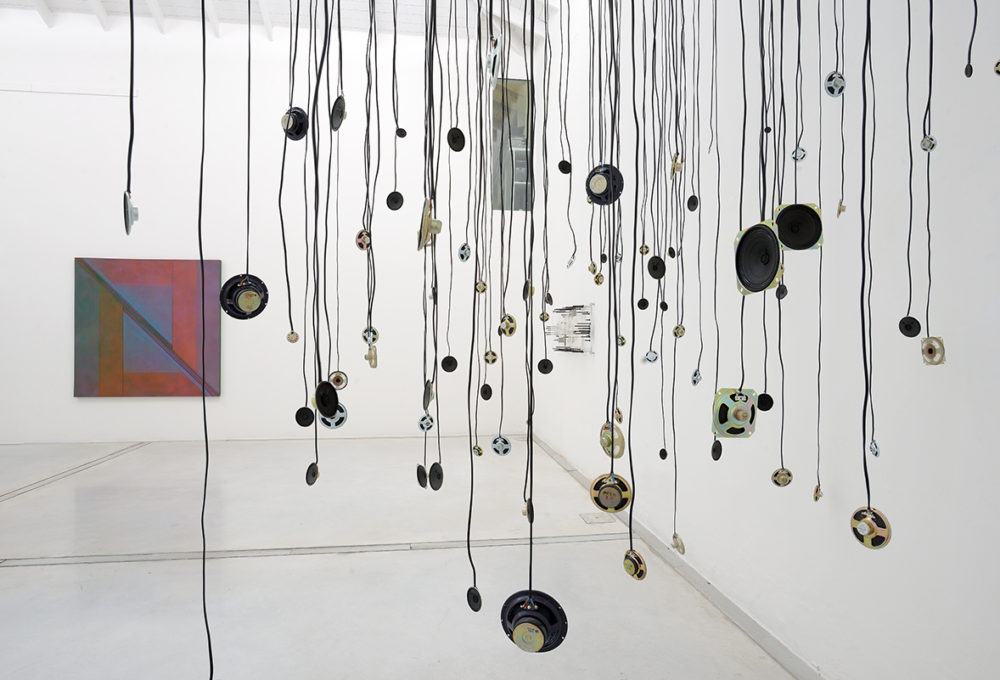 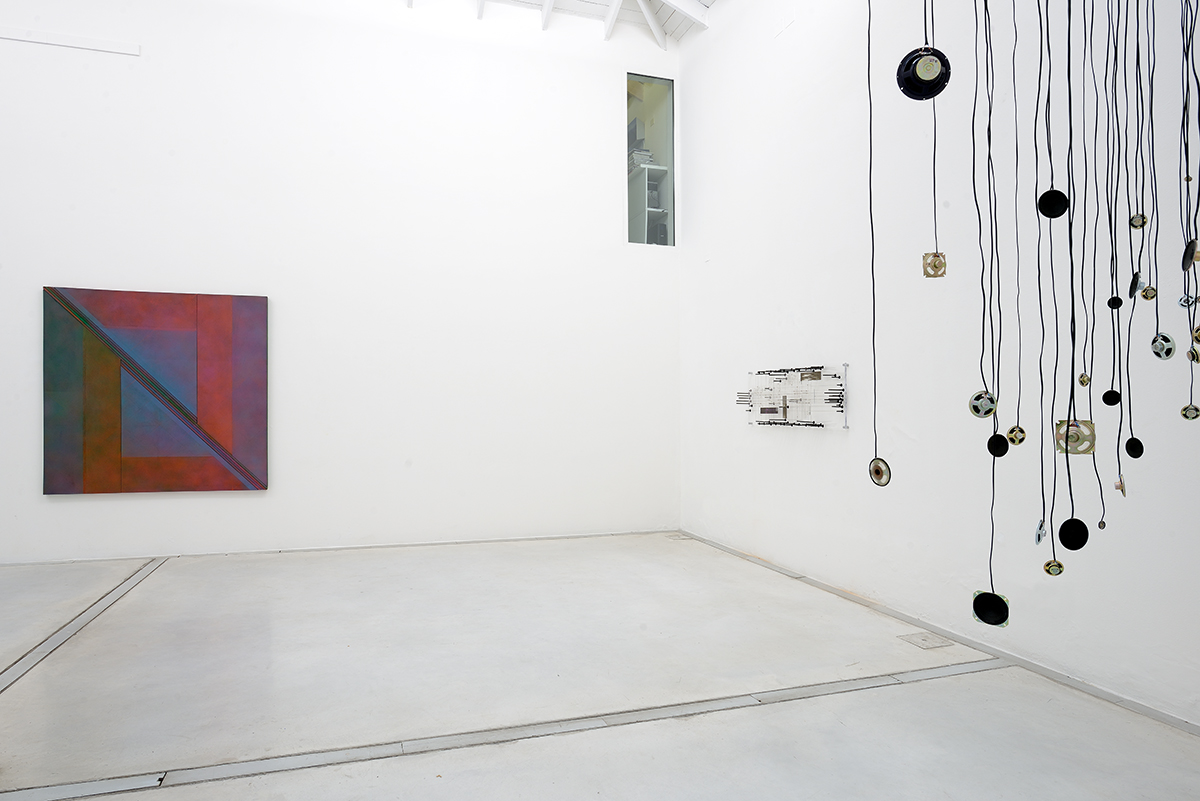 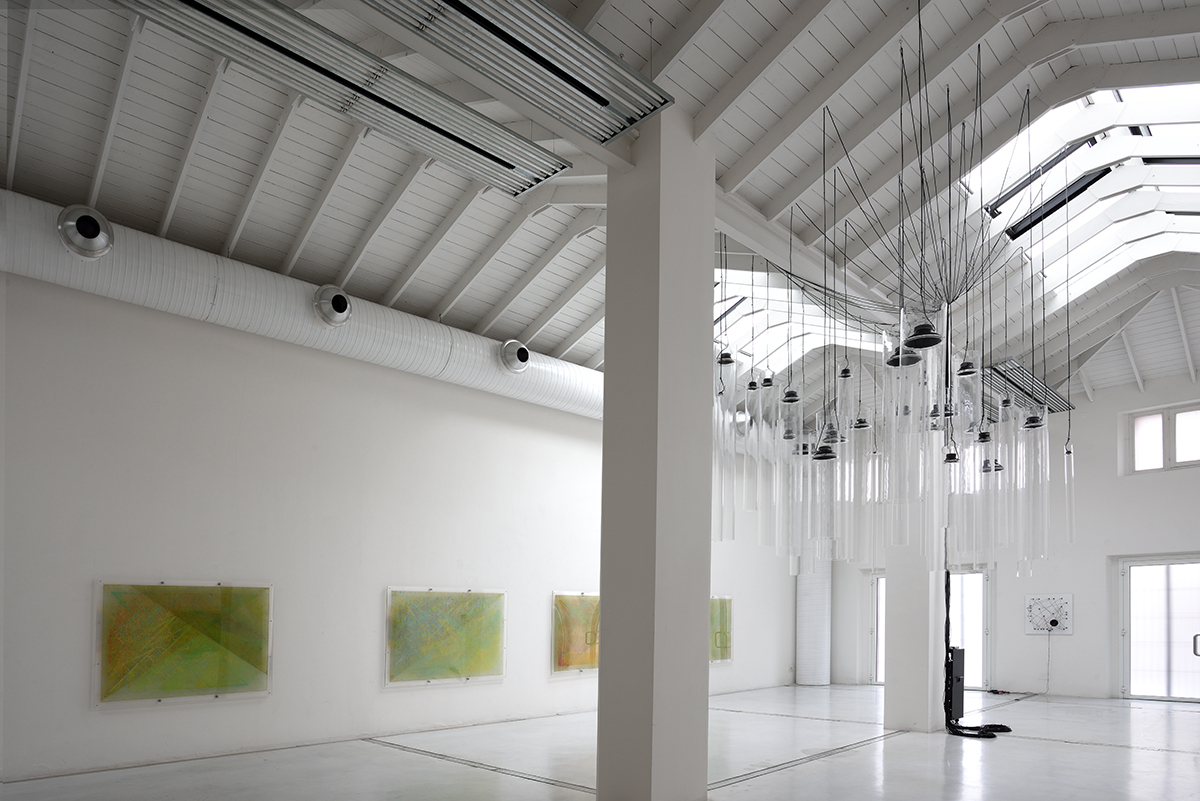 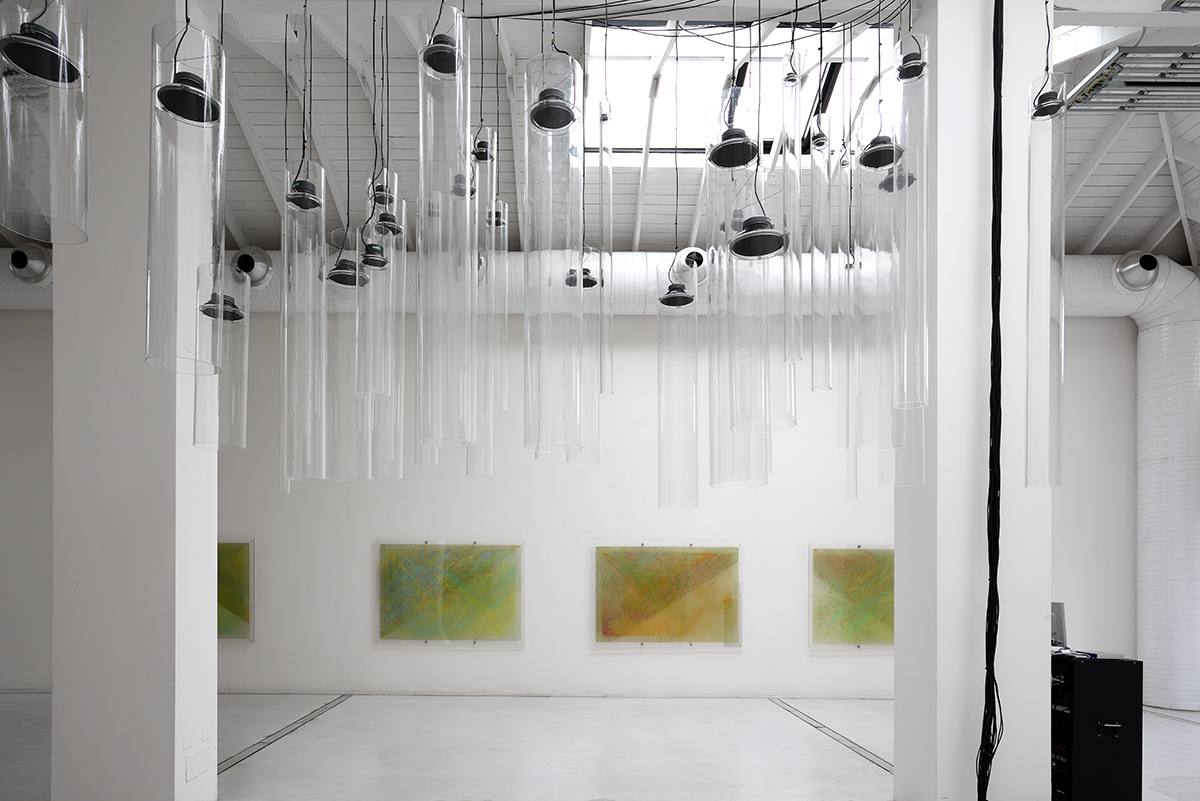 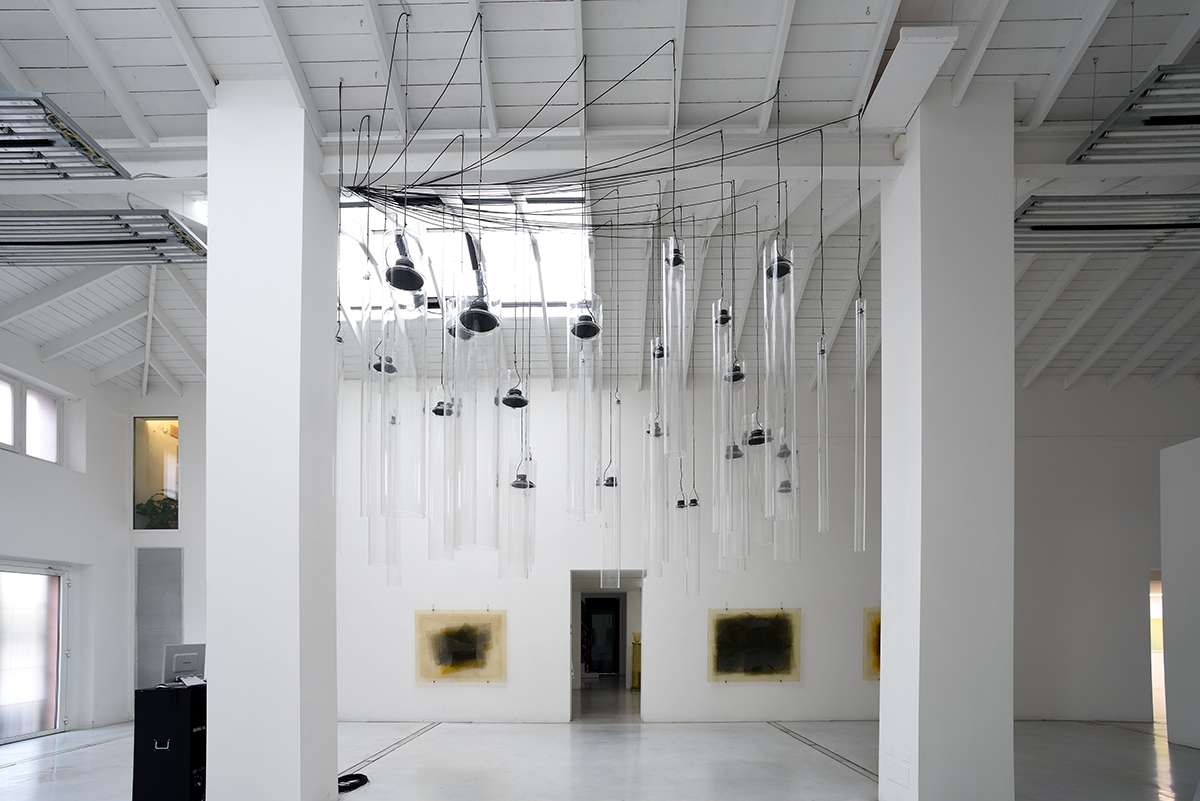 On Saturday 3 March 2018, at 11:30 am, Studio la Città will be opening the show Risonanze [resonances]: a double solo show curated by Valerio Dehò, with works by David Leverett, an English artist from 1938, and Roberto Pugliese, a young sound artist from Naples.

The decision of showing together two artists so different for age and media, derives from the interest for the composition – in its aesthetic and musical meaning – that is widely present in both artists. David Leverett is a peculiar artist whose works have been part of the artistic movement named by the critics “pittura pittura” or pure painting, and he started to work with Studio la Città in 1971. Michael Haggerty clearly illustrates that particular atmosphere in his essay, where he explains the work of the young English artist and the context of those years.

Among the artworks chosen for this exhibition, all part of a series from the ‘70s, the selection includes a series of works that use different media and supports. In Time membranes, poems and calligraphic remarks have been superimposed in clockwise sequence and cast in clear resin sheets. They are held off the wall surface by small clamps, allowing light to pass through them to be reflected back off the wall, through the work. (David Leverett – Fragments from the laminates of continuous time, Studio la Città, 1977). In each of these works, colours seem to resonate like a musical instrument and the appearance of some marks recalls the imaginary scores evoking those “spiritual resonances” mentioned by Kandinsky in his Concerning the spiritual in art. Valerio Dehò quotes the book at the beginning of the essay he wrote about this show:

Colour is the keyboard, the eyes are the hammers, the soul is the piano with many strings. The artist is the hand that plays, touching one key or another purposively, to cause vibrations in the soul.

Here comes the link with the sound installations of Roberto Pugliese who, using mechanical devices controlled by a software, aims to examine new phenomena linked to sounds and the relationship among man, art and technology, without losing sight of the visual aspect. In the works exhibited, from the large Emergenze Acustiche [acoustic emergencies] – a sound installation with plexi-glass tubes and speakers – to the cascade of audio cables Unità minime di Sensibilità [minimal units of sensitivity], to the smaller wall installations, like the new Possibile Riflessione [possible reflection], the sound becomes a subject to research, a means for acoustic and visual expression, a vital energy that animates the inanimate, a guide to analyse and stimulate the psyche and the human soul.

Valerio Dehò points out that […] Not only is the distance between the two artists overcome, but the comparison becomes an occasion for thinking about the relationship between the arts and the importance of synesthesia for understanding the limitlessness of contemporary art, of its continuous need to go beyond boundaries. A reinterpretation of David Leverett in the light of Roberto Pugliese’s Sound Art, and vice versa, also means covering the temporal distances by way of their poetics and discovering that the interior resonance of Kandinsky was not a theoretical hypothesis but the discovery of an unknown land between painting and music. 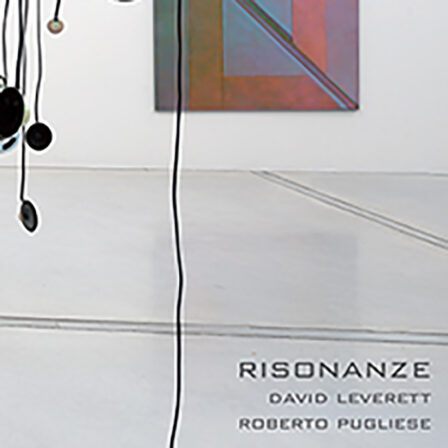