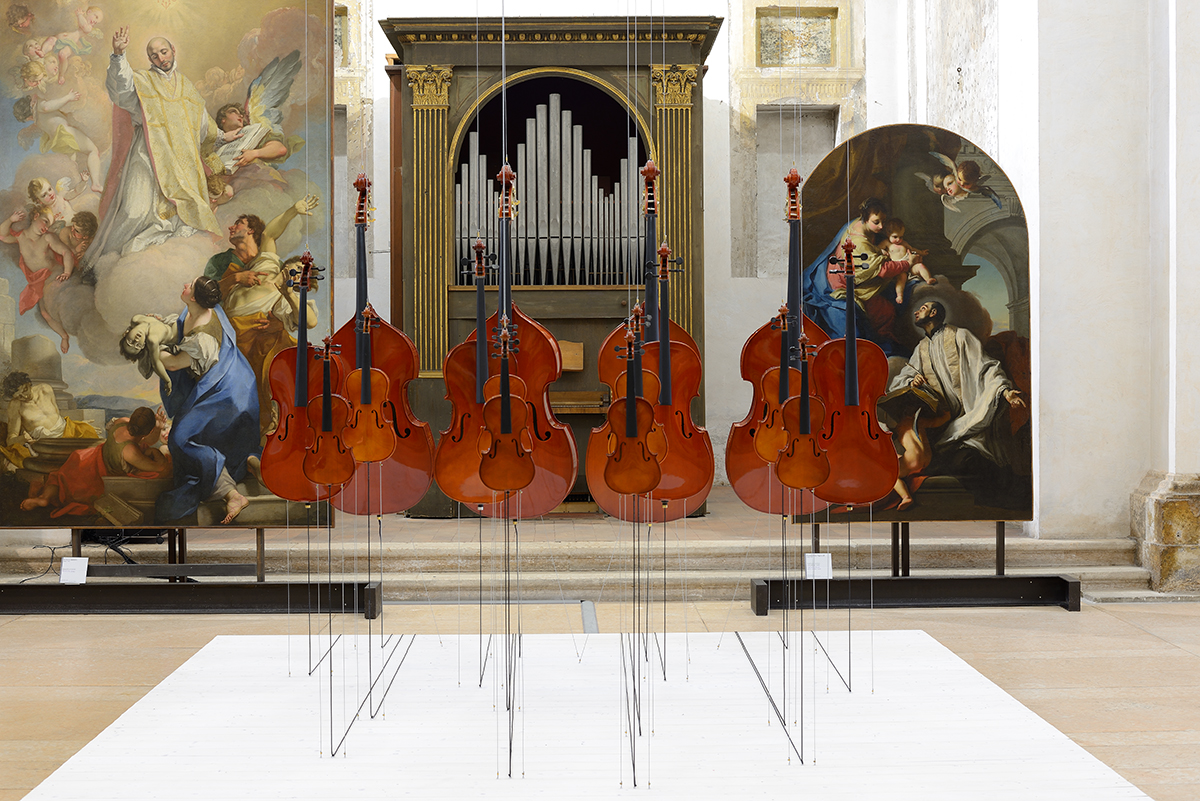 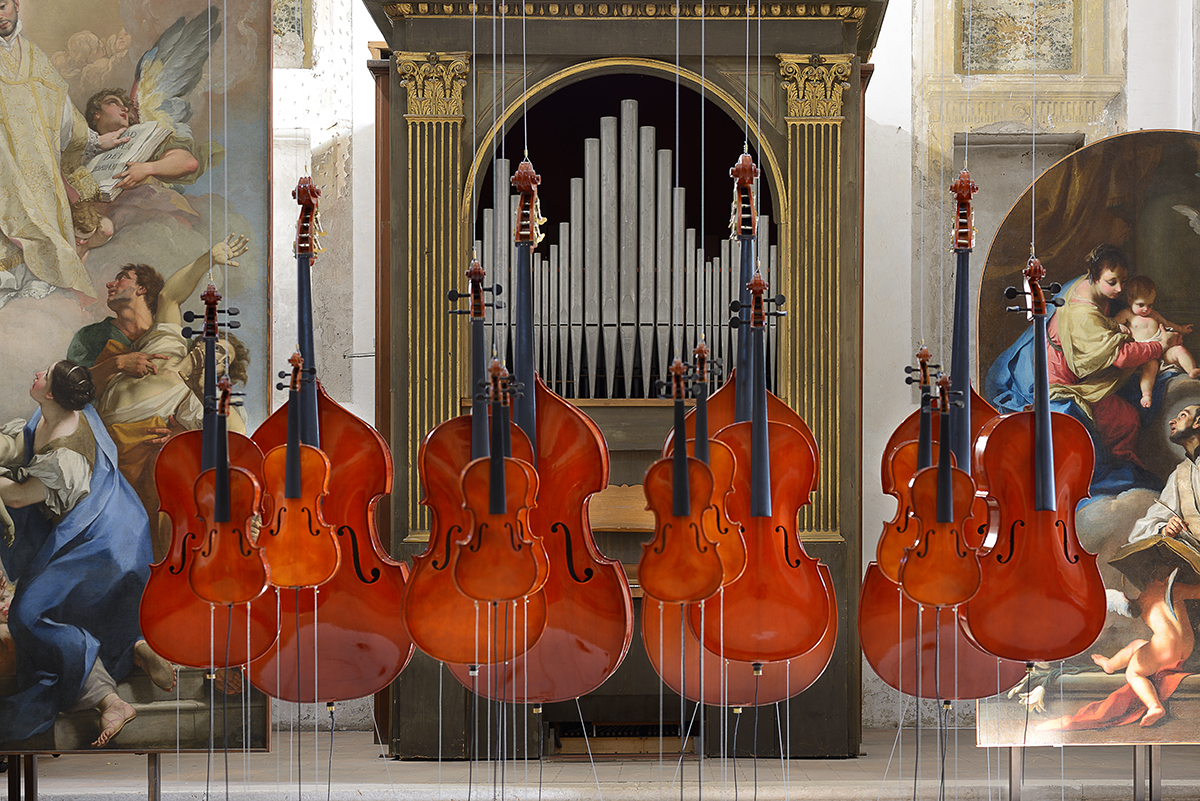 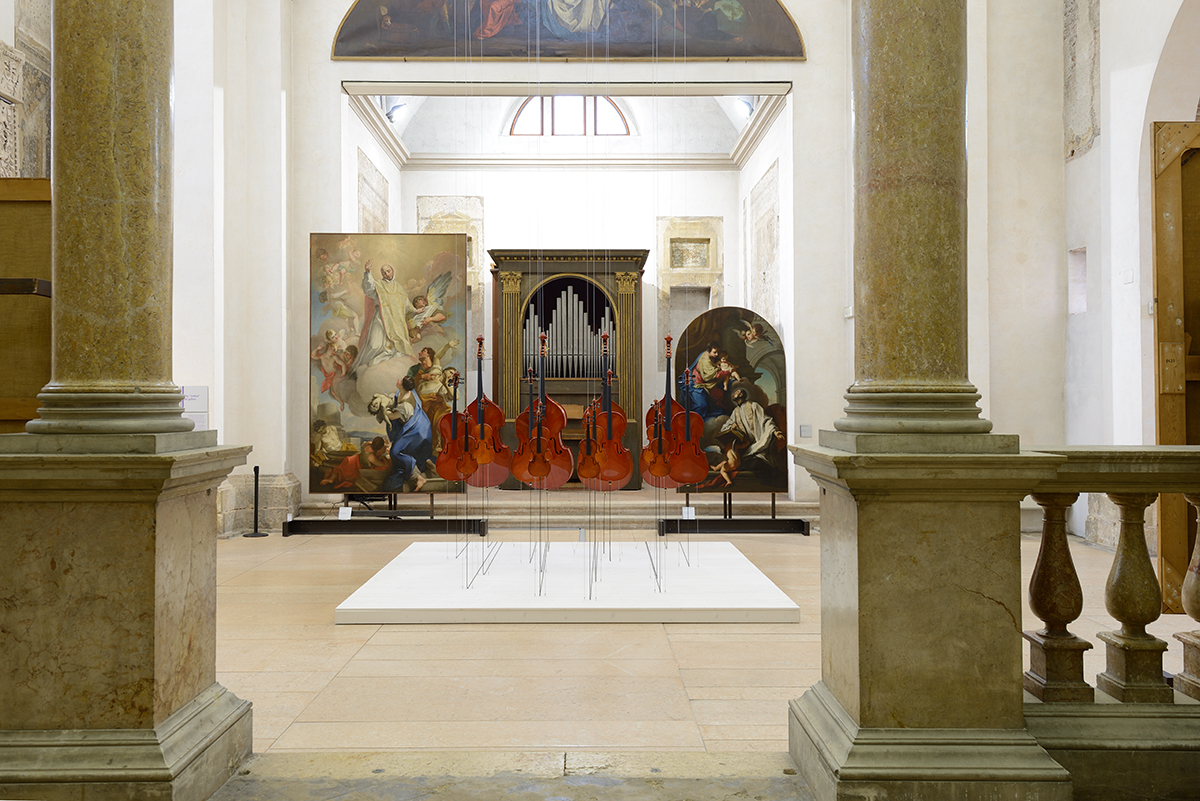 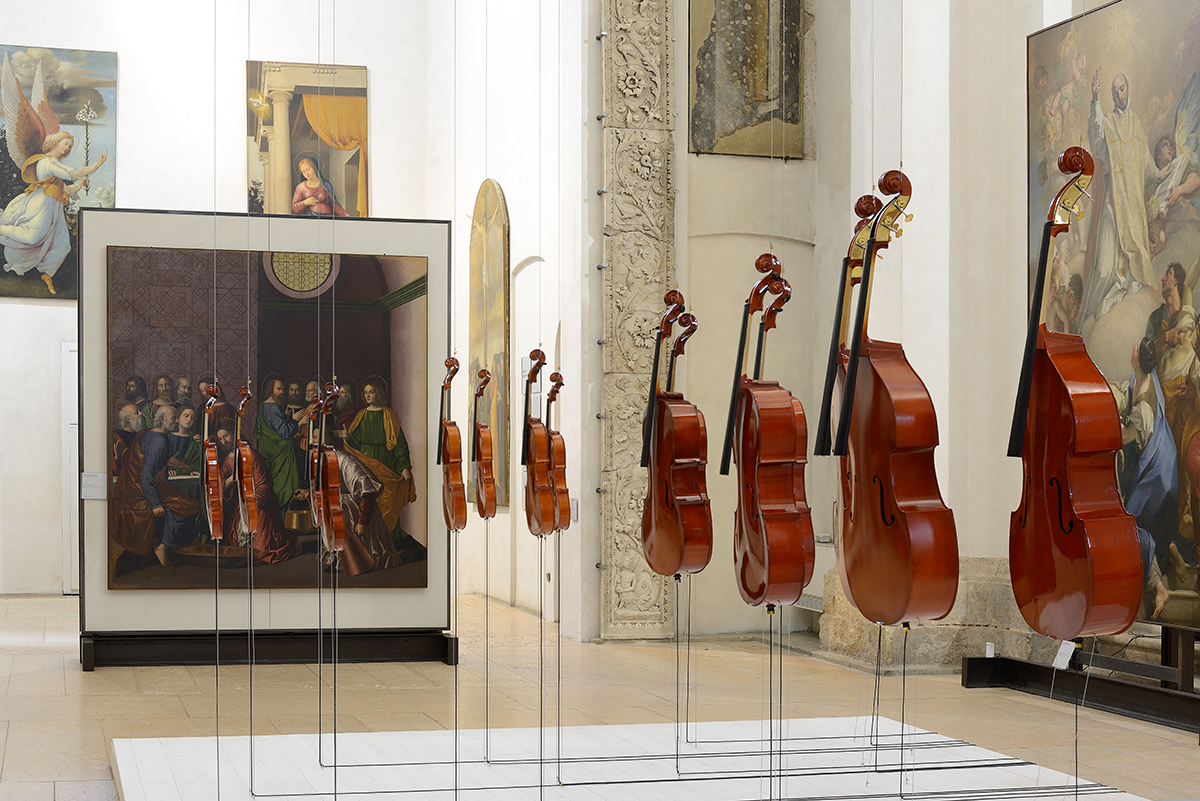 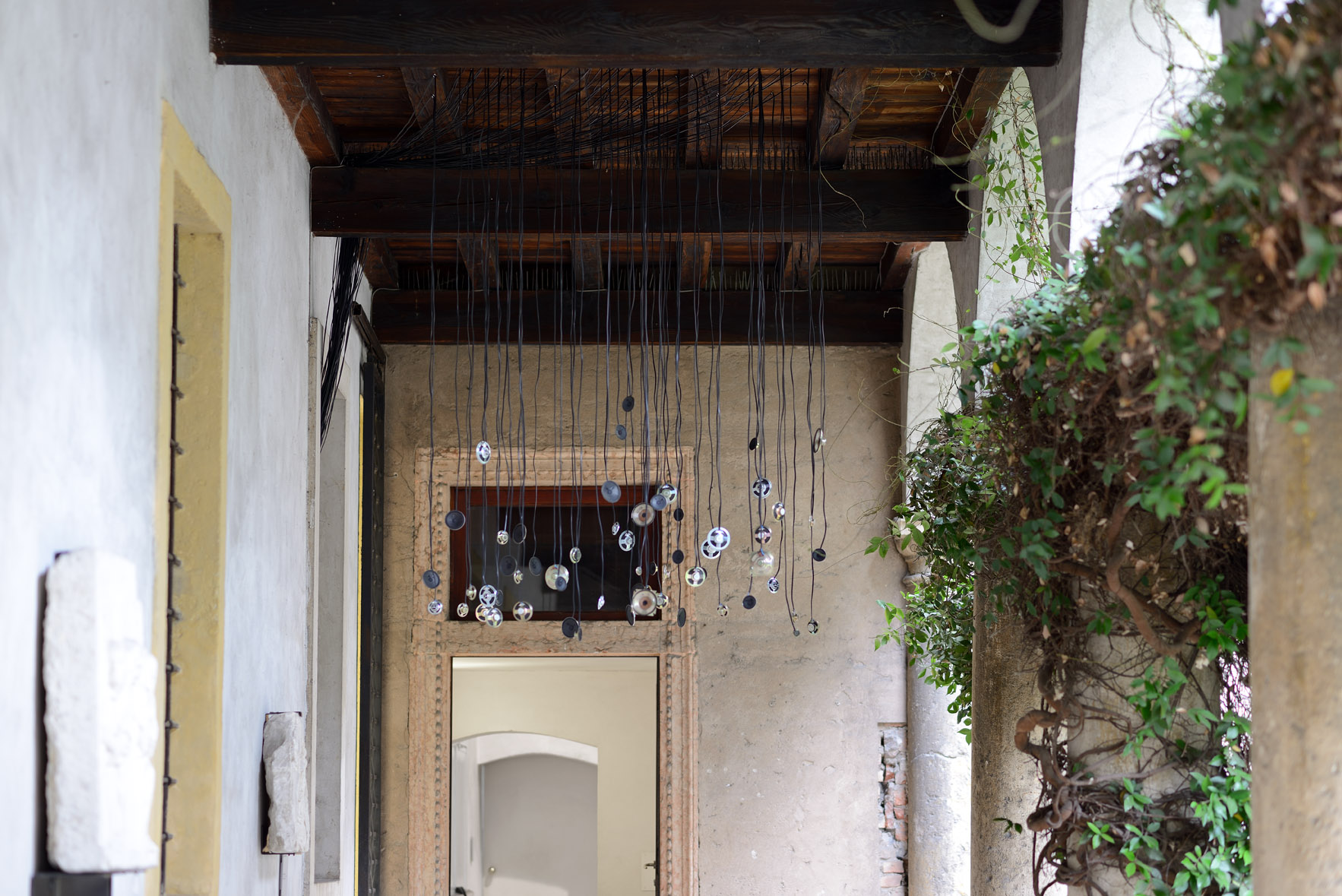 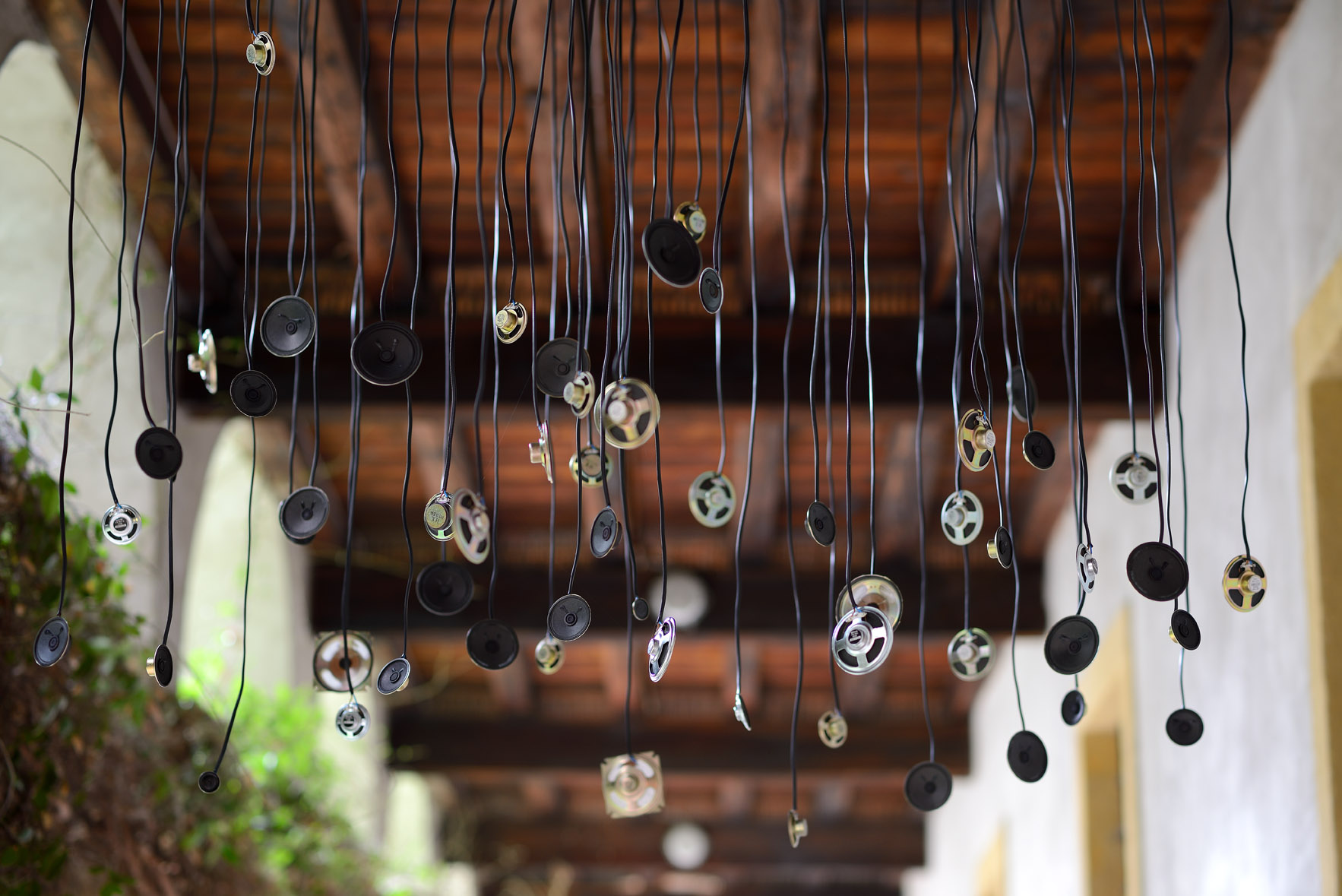 On the occasion of the twelfth edition of ArtVerona, ASLC progetti per l’arte will be presenting, in the fascinating setting of the fresco museum in the church of San Francesco al Corso, a site-specific installation by the young Neapolitan sound artist Roberto Pugliese, curated by Valerio Dehò. The installation – made in collaboration with Verona City Council’s Department of Art Museums and Monuments, directed by Margherita Bolla, Hélène de Franchis’ Studio la Città, and ArtVerona – is one of the art fair’s yearly collateral events in the city. The theme this time is the life and works of Wolfgang
Amadeus Mozart.
Inspired by the innovative aspect of Mozart’s poetics, with this project Roberto Pugliese celebrates Mozart our contemporary who, as the extraordinary innovator he was, was often misunderstood by his public. In the installation for the spaces of the church of San Francesco al Corso, his aim is to create a dialogue between music and the visual arts by using classical instruments and re-contextualising them in installations.
Pugliese’s contemporary sounds will reverberate from two different installations in different places inside the renovated and enlarged ‘G.B. Cavalcaselle’ museum complex: the first, Unità Minime di Sensibilità, will broadcast electronic musical compositions from a cascade of loudspeakers inside the cloisters of the former Franciscan monastery while, in the second, classical musical instruments will be placed at various heights and in various parts of the church of San Francesco al Corso to create a kind of virtual “orchestra”. In this way the public will find itself immersed in a multi-sensorial experience.
The latter installation, titled La finta semplice, K51, refers to an opera giocosa by Wolfgang Amadeus Mozart with a libretto by Marco Coltellini who, in turn, had adapted it from a text for a musical setting by Goldoni. The installation contains in itself all the ambiguities of a work that in its apparent simplicity hides something that is far more conceptually complex.
It consists of string instruments hung from steel cables (4 double basses, 4 cellos, 4 violas, and 4 violins) linked to a multi-channel reproduction system that allows this virtual “orchestra” to play a score composed ad hoc by the artist himself. As has been excellently explained by the show’s curator, Valerio Dehò, […]Pugliese’s installation in the church of San Francesco al Corso continues the artist’s investigation into “music to be seen”, into the relationship between visual and auditory imagination, and into the deviations and confluences that by now characterise the contemporary world.
Starting from a “classical” group of instruments, Robert Pugliese aims at being part of contemporaneity through his Mozartian awareness that only innovative works have the strength to fascinate and move both the composer and the public in order to last over time. 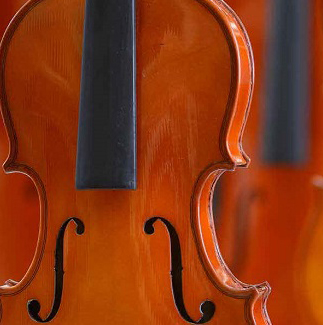