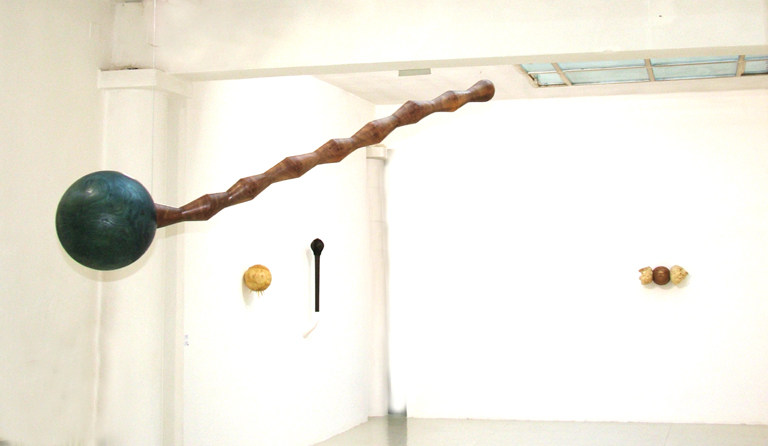 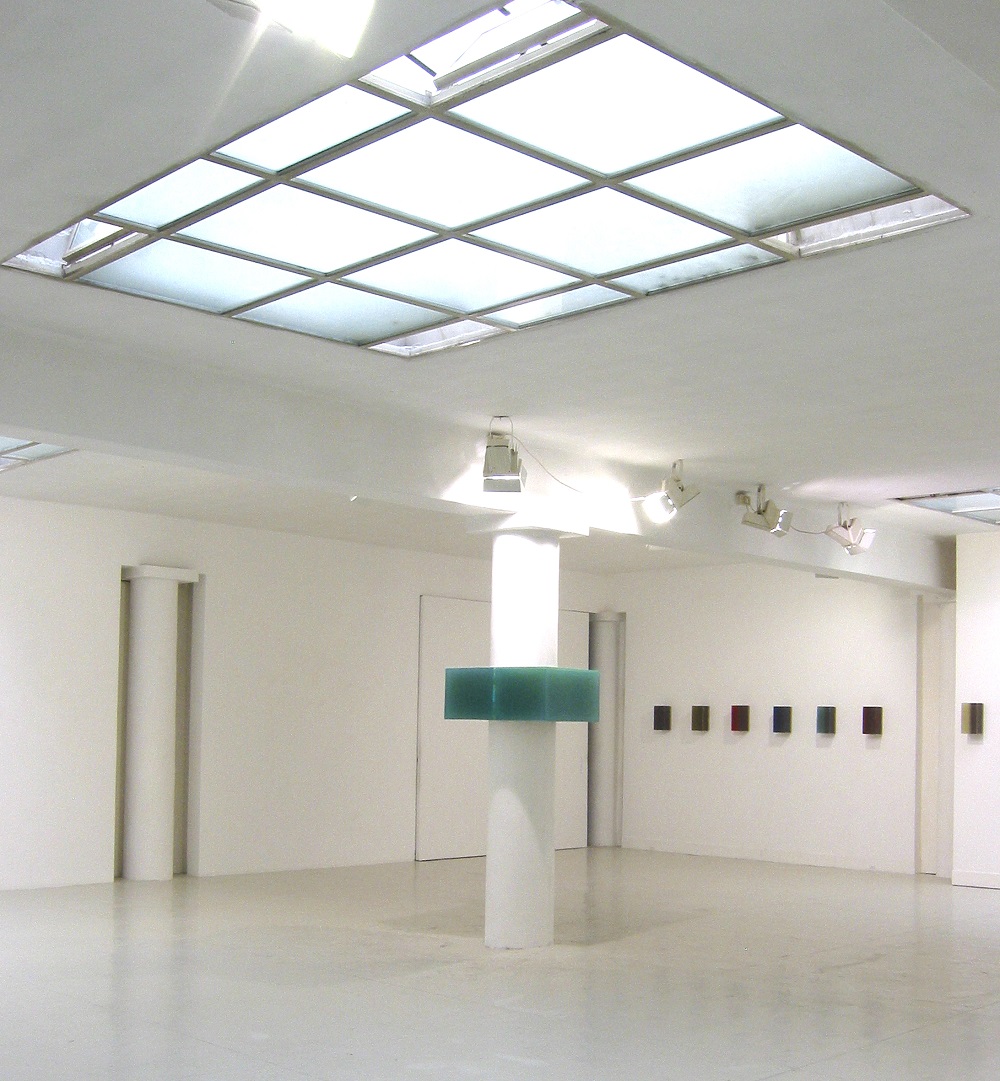 The sculptures  by Ross Rudel (Billings, Montana, 1960 show us forms that we thought had been hidden forever in time’s crevices, impossible to see because they belonged to another world: miraculously they flow from his hands which, like a diviner, have searched among the refuse of life or, rather, within what has been left aside by knowledge because it seemed indefinable and difficult to reach. He has built a humble cosmogony from ancient materials (wood with all its knots, its centuries-old rings, its tiny shoots) and from possibilities of form which concludes with, and is included by, the material itself. It is as though the American artist grew anatomical nurseries of unfinished organisms in a test tube, ones that are unsure whether to take on the appearance of biological materials or instead of some ideal of universal possibilities ranging from the potentially gigantic to the most minimal: an obvious ambiguity, a need to remember things that still have to be clarified and set free before our eyes.

These are remains and forms elaborated to the highest degree, elementary and raw swellings that have the look of totems and erotic trophies. Each piece is treated with resins, given coloured patinas or contains lace or string  as though to hint at a constant deviation of ‘sense’ in a constant collision of visual codes (ranging from the literal to the symbolic), of realism and mythology, of the sacred and profane, of the pure and the impure. The words of Hans Arp are apply particularly to Rudel: ‘Art is the result of what grows in man, like the fruit of a plant or a child in the mother’s womb’. In fact his work too is based on the idea of metamorphosis, of development and expansion, but also on internalisation, of a descent towards a hidden force, of a plunge towards an interior pulsation: it is the paradoxical clue to a continual coniunctio oppositorum, of thinking of things as never fixed and never fully explored, never ‘blocked within an image’ once and for all, but always having the possibility for new and mutual changes, for new interchangeable adventures. 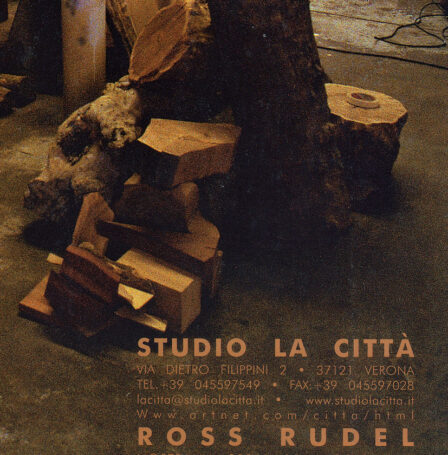