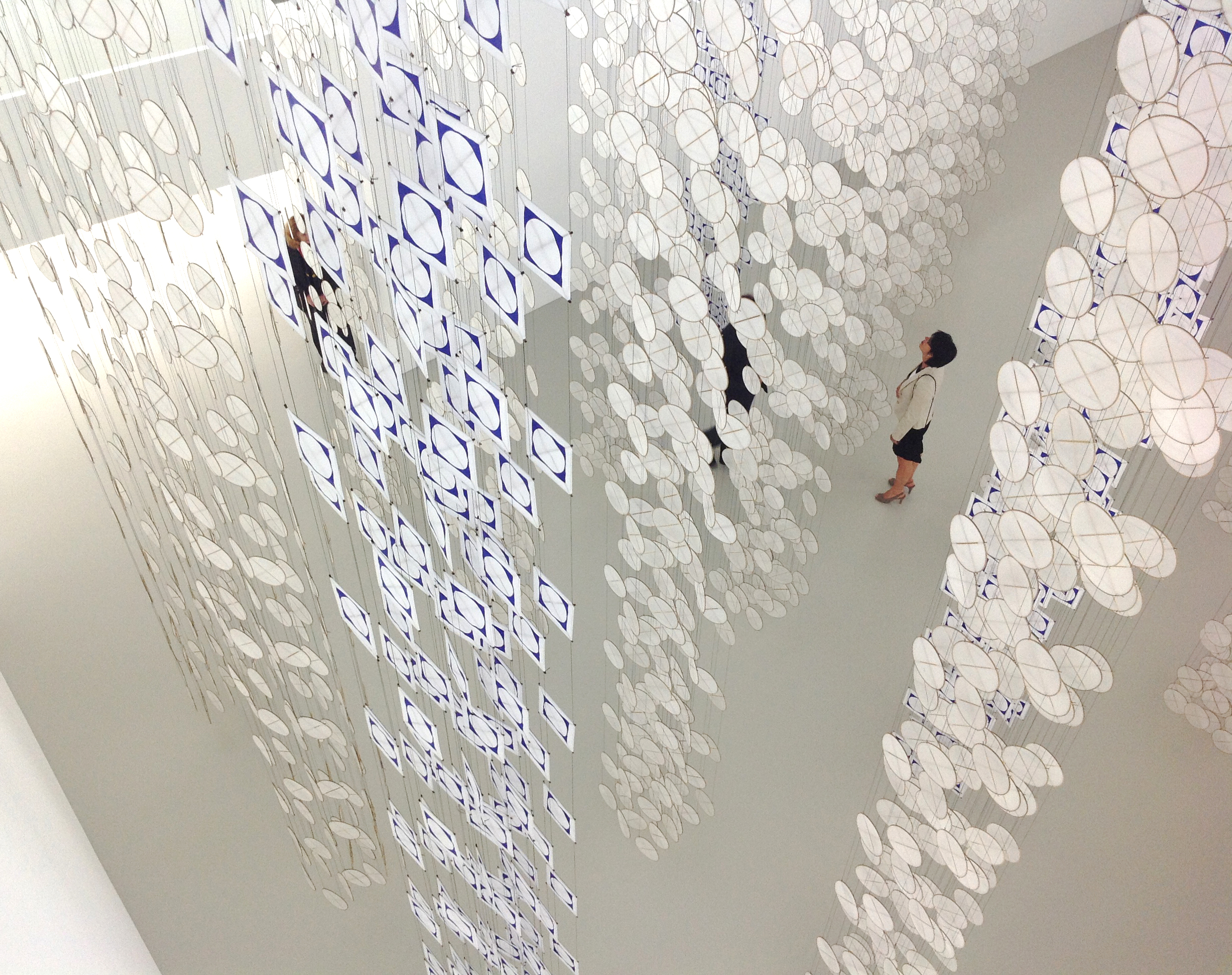 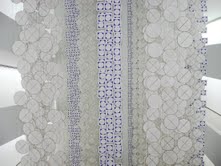 With his very first solo exhibition in Germany, American artist Jacob Hashimoto (b. 1973) conquered heavenly heights. In a former high rack storage warehouse, which now serves as another exhibition wing of the SCHAUWERK, the American artist created the site-specific installation Sky Columns.

In the interior, which is more than fifteen meters tall, twenty-eight columns were installed and formed by long chains of some eleven thousand handmade paper elements. The white disks that comprised the overwhelming majority of them contrasted with squares painted blue. All the elements were made of Japanese paper spanned by hand on a bamboo frame, like traditional Chinese kites.

Because of the material, the form of the components, and the spatial arrangement, the Sky Columnsappeared light and architectonically placed, at the same time both natural and artificial. The viewer could either move on the floor between the columns or walk around them by climbing a circular pathway. Depending on the angle of view, the elements formed a complex volume or seemed to float.

The installation inside was accompanied by two works on the backs of the two freestanding walls. The austerity of the reduced colors of the columns contrasted with the colorful graphic patterns of the closely set disks of paper.