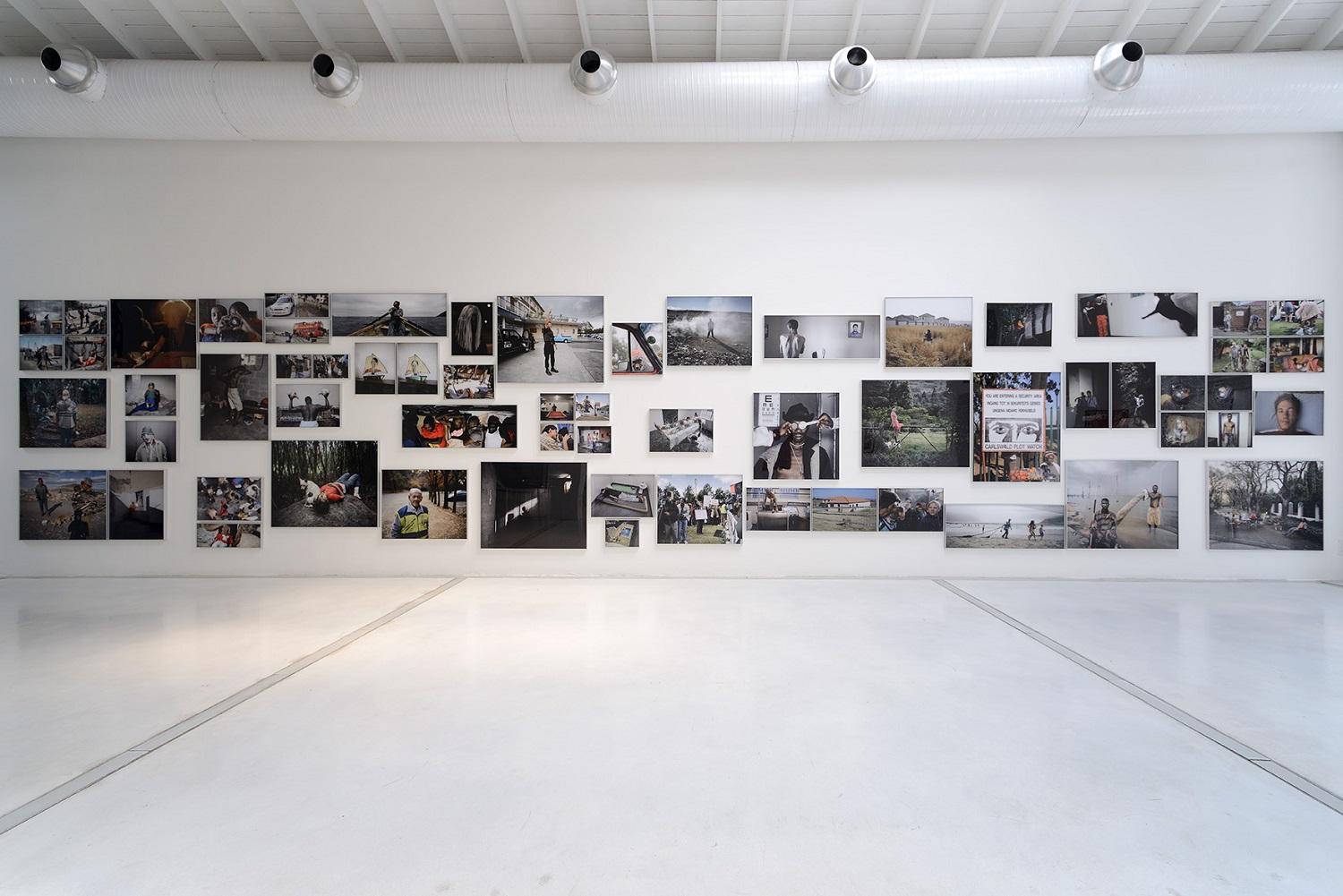 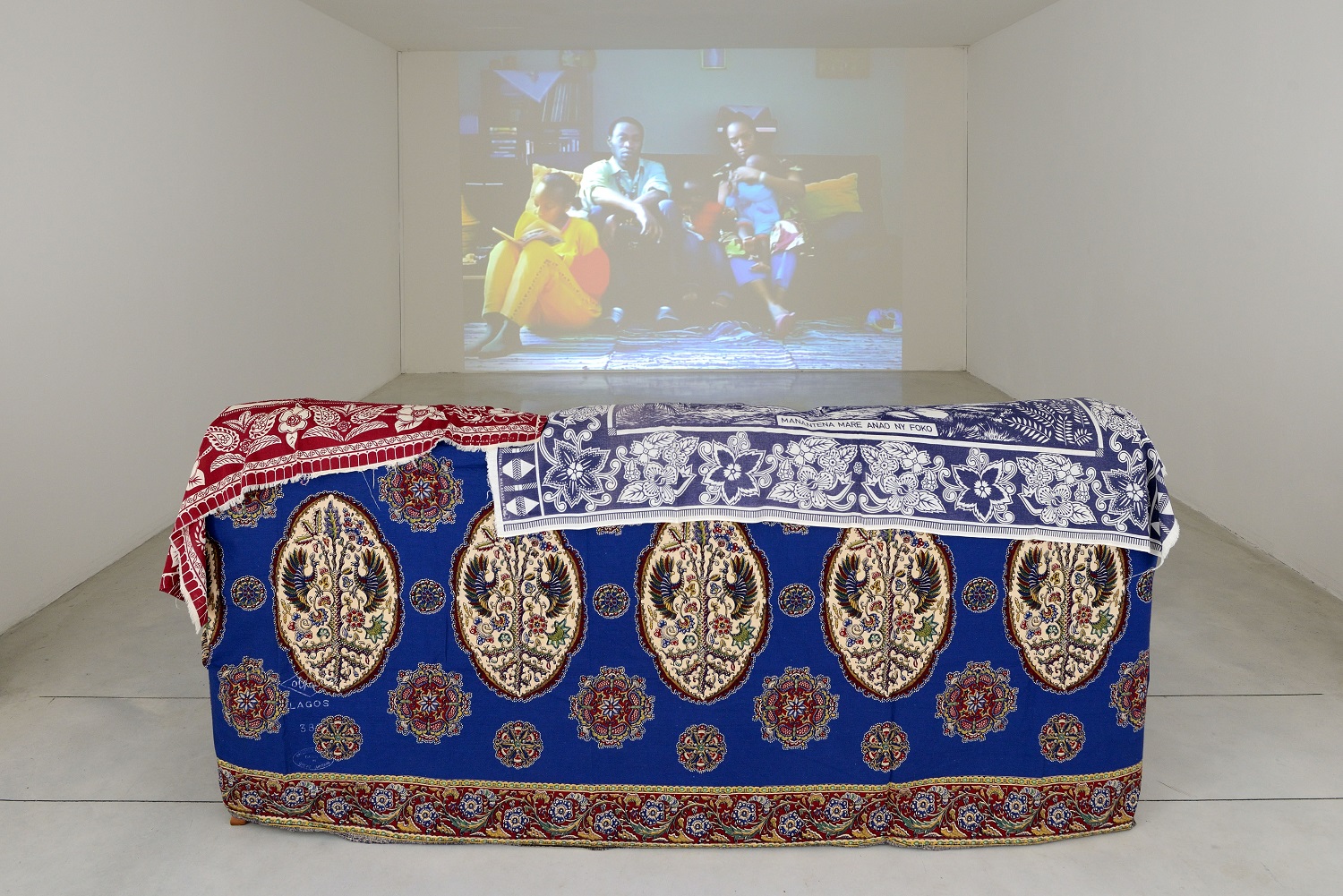 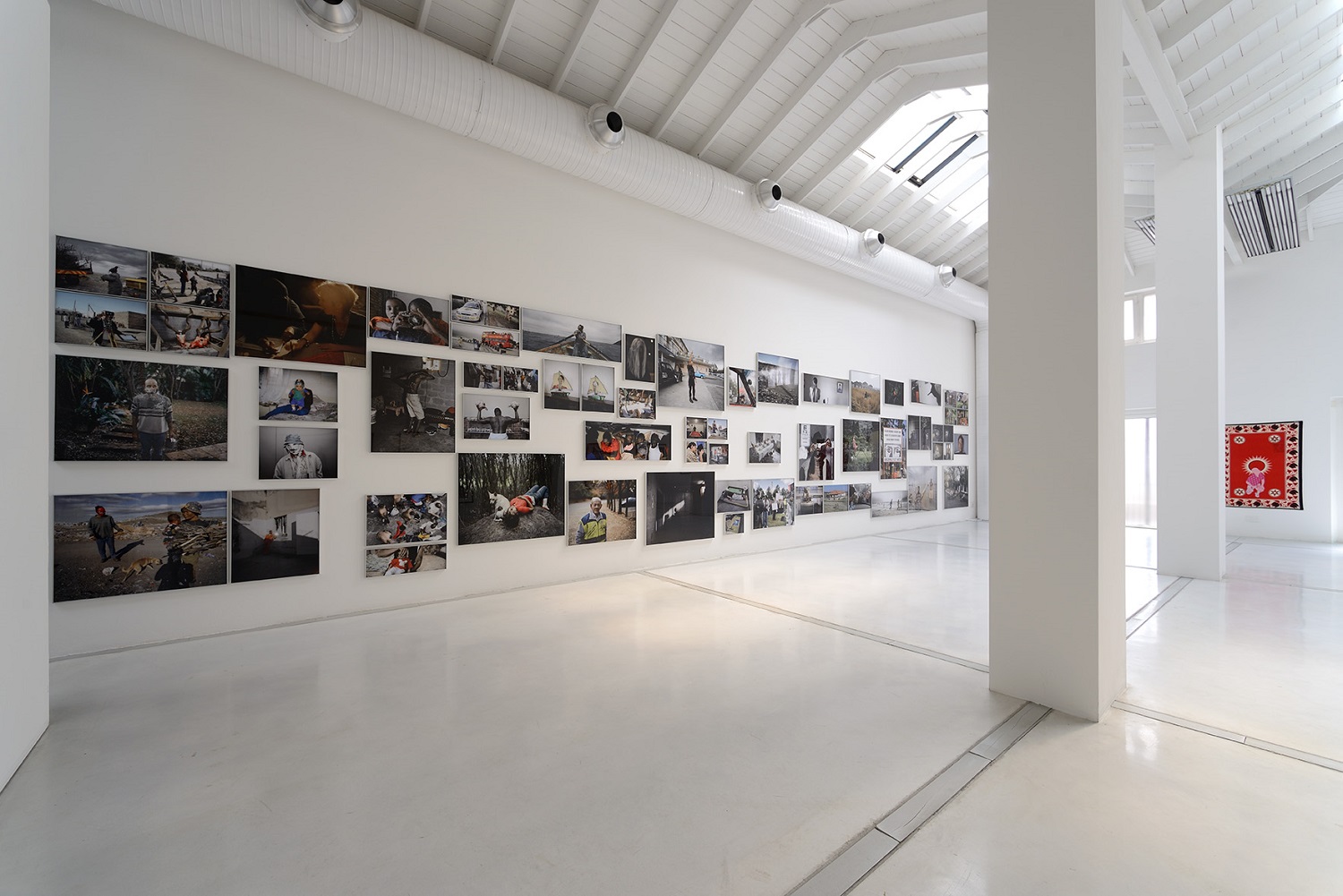 Some Views of Africa is a show devoted to artists from various African countries: South Africa, Cameroon, Ghana, and Ruanda. From their work emerges a variegated continent, one that is undergoing a vigorous transformation. A continent that is experiencing a development in which innovation and tradition live together and, unexpectedly, are grafted on to each other to give access to a continuous reinvention of ways of experiencing and understanding society, to relating with others and what is yet to come.

The work of the artists who have been selected gives an idea of the geo-cultural position of Africa with respect to the global context and tells us about countries marked by unresolved social tensions and a heavy post-colonial heredity, yet one shot through with dreams, desires, and great forces for change.

It is sufficient to look at the series The Hyena & Other Men in which Pieter Hugo portrays a group of travellers who wander the streets of Nigeria to display hyenas, pythons, and baboons. The interaction between the hyena men and their animals, based as it is, not just on familiarity, but on domination and submission, says a lot about the complex relationship between nature and culture, between modern urban life and traditional aspects.

But the challenges and metamorphoses that Africa countries are undergoing do not only concern them. Once again it is Pieter Hugo who reminds us of this with his Permanent Error series with its reference to the electronic waste that the West unloads by sending it, often illegally, to a country such as Ghana. However, even in the midst of these acres of waste subjectivity finds a way to emerge.

Laura Nsengiyumva, a daughter of the Rwandan exodus to Belgium, tells us that Africa is a land of tragic conflicts and of massive emigration. In her video-installation 1994 Nsengiyumva makes evident references to the tragedy that her country underwent in the 1990s and the dramatic position of those who, having left it, experienced the tragedy in exile.

Mikhael Subotsky too recounts the iridescent reality of South Africa. He will be showing in the gallery a gigantic puzzle consisting of some …… photographs: hands-on images of a reality that is brutal at times and from which emerge dramatic tensions, areas of marginalized people, and yet also strength and a varied richness of character. However, on the whole what counts are his thoughts on looking, on representation itself, and on the relationships and references that, in this kaleidoscopic overview, come about between one image and another.

Apagya, in whose family photography has been handed down generation after generation, uses painting to add to the subjects’ image an expression of their aspirations: in a well-furnished living room with a television at its centre; a journey to Monte Carlo; in front of a house that is a cross between a cottage and a chalet, with a red-tiled steeple tower. This is where the subjects dream of finding themselves. What is evident is, on the one hand, the friction between a Western background and the subject’s typically African dress, and, on the other, the technical hybridization of a painted portrait and a colour photograph.

And finally there is Lawrence Lemaoana. His work is concerned with the way in which ideas, concepts, and stereotypes are created, assumed, and acted on. Rugby, the South African national sport, is the starting point for a whole series of works. In South Africa rugby is considered as a strong identifying element: a heavy masculine game played by the descendents of the colonialists. The artist weds together classical, religious, and strongly rhetorical and iconographies typical of Western art history. These present us with idealized scenes of masculinity which, however, the artist stitches together to give a shape to. His predominant use of pink, the utilization of a typically feminine technique, and his Western figurative models confer a bitingly critical character to his works.

This show, which is anything but tranquil, offers various viewpoints by artists who are particularly aware of their place of origin and their context in life.