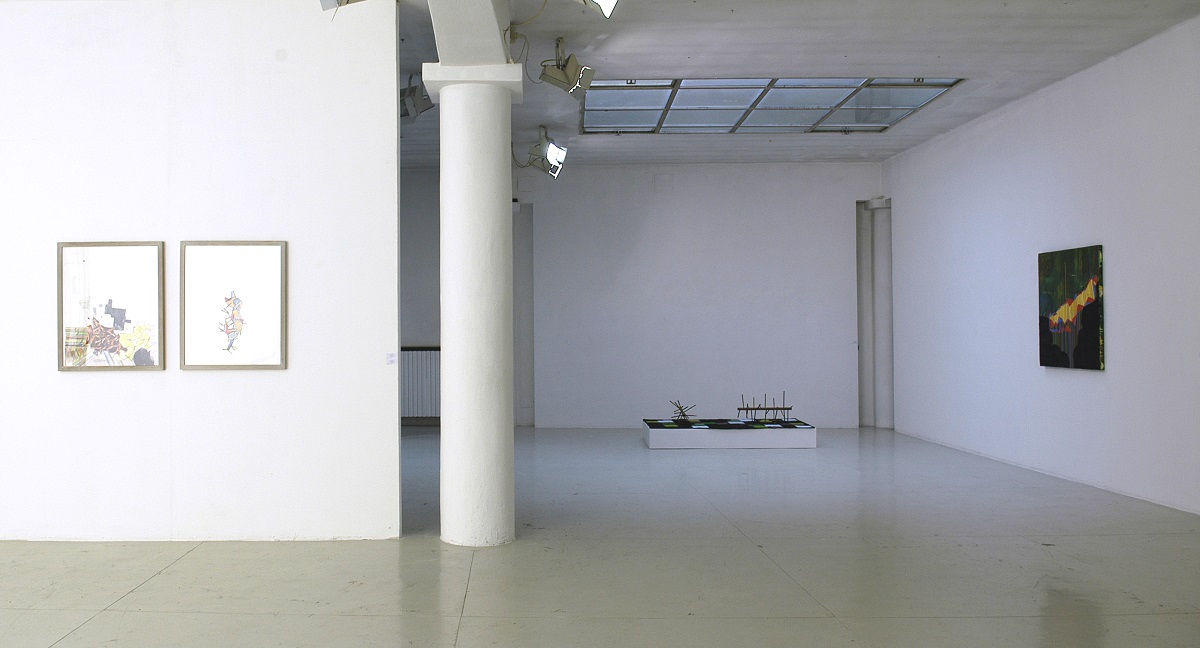 The work of this Californian artist are a series of victorious gambles about the relationships between form, colour, and music. In a certain sense we could say that Roden has, through ‘internal resonance’, managed to fulfil Kandinsky’s aim of using music as a model for the language of art. But in fact the game becomes far more complex in its balance between its intermedial aspects and reciprocal allusions. The ‘translation’ levels the artist invents in work after work are never intended to follow a code nor to become imprisoned in a single formula. They  keep all the expressive and combinatory freedom of direct and spontaneous works. We are never aware of anything particularly ‘constructed’, even though it is clear that Steve Roden has, in over ten years activity, acquired a sophisticated and mature linguistic capacity.

The fascination of his works is to be found in this structured indeterminacy, in this possibility for a continual dialogue with silence. Perhaps Walter Pater’s statement that ‘All arts tend to the state of music’ is not completely true. Perhaps silence is the music we should evoke as the metaphysical complement to the spirituality and evocative capacity of colour. Colour tends to become a pattern or a morphological composition, like a map. Indeed, often the relationship becomes contrapuntal and marks and colours become the protagonists of a dialogue with a visually organised background. No single element ever prevails over the others. The principle of balance dominates everything, and a new perception appears halfway between sound and vision, a ‘feeling’ that is a new state of awareness.