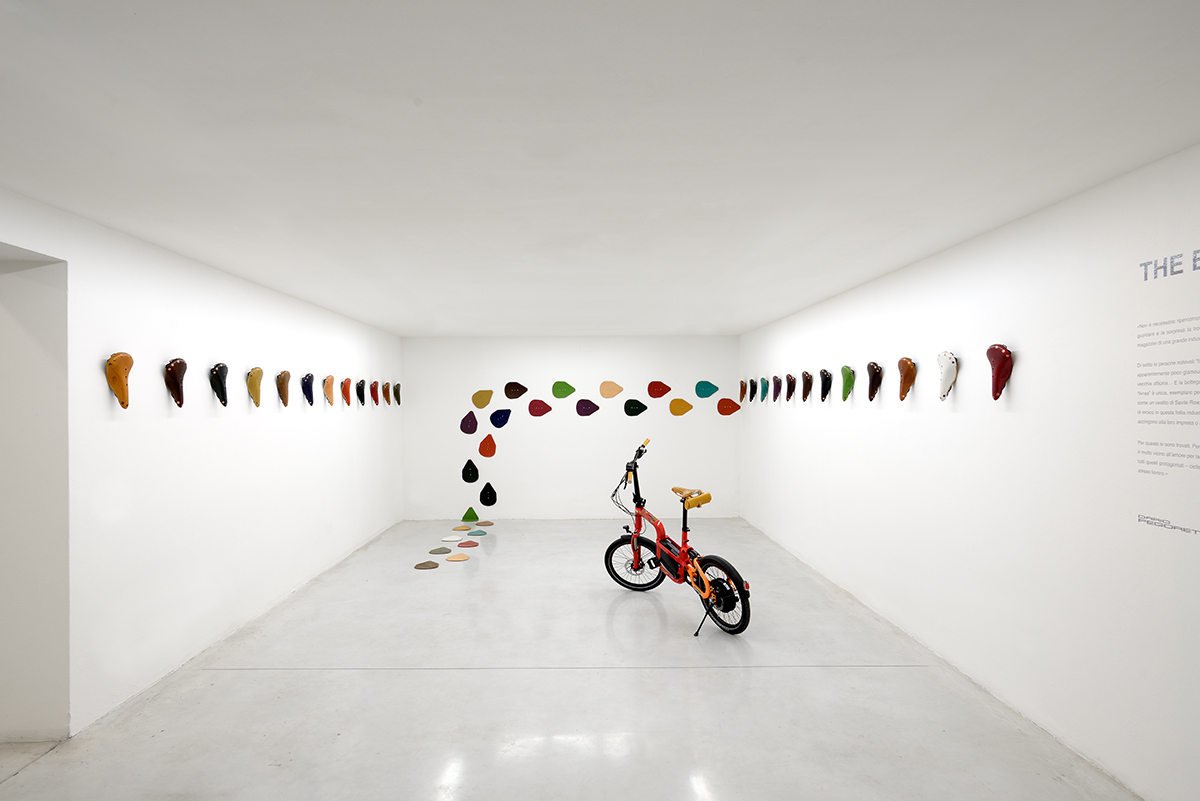 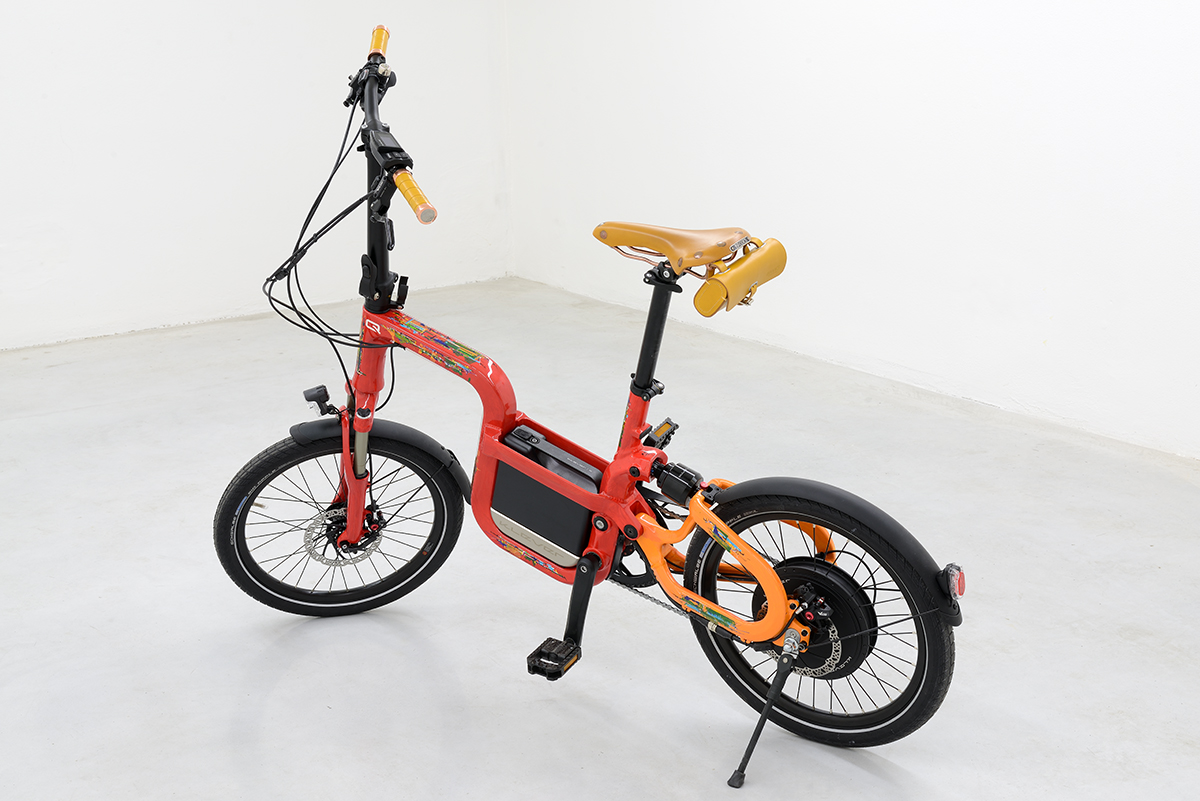 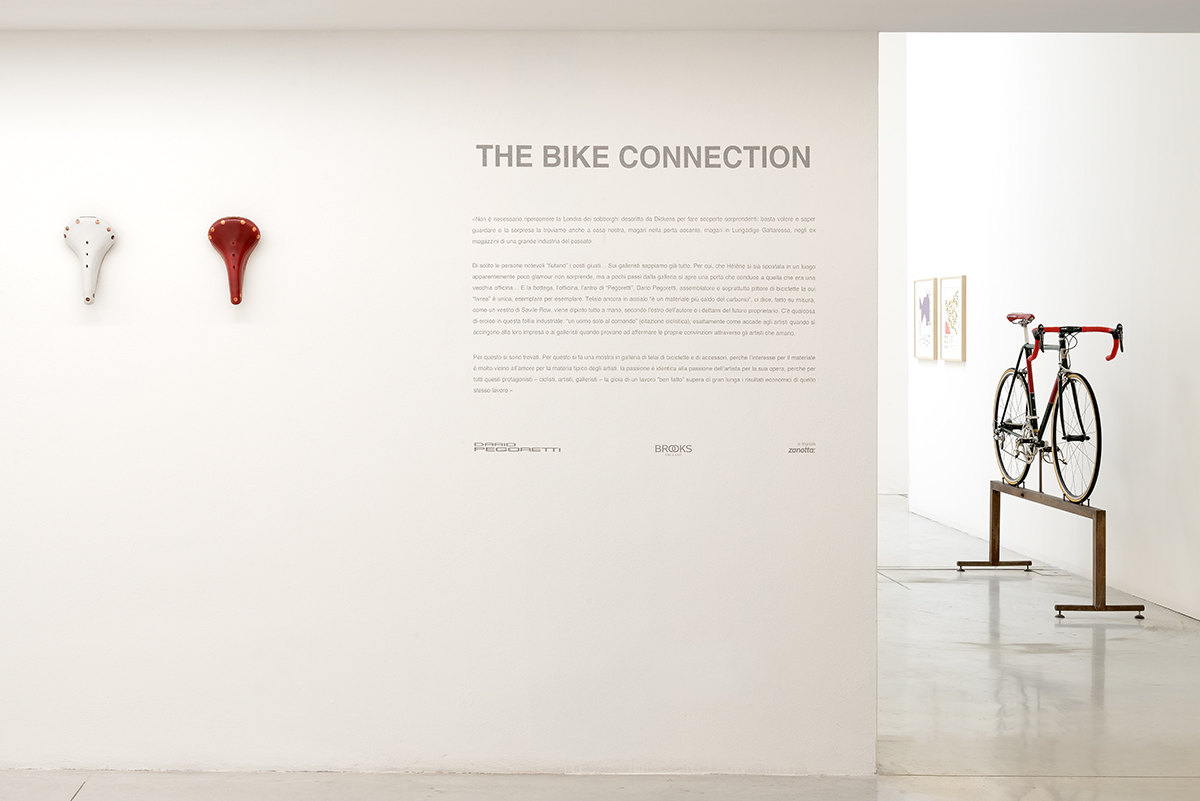 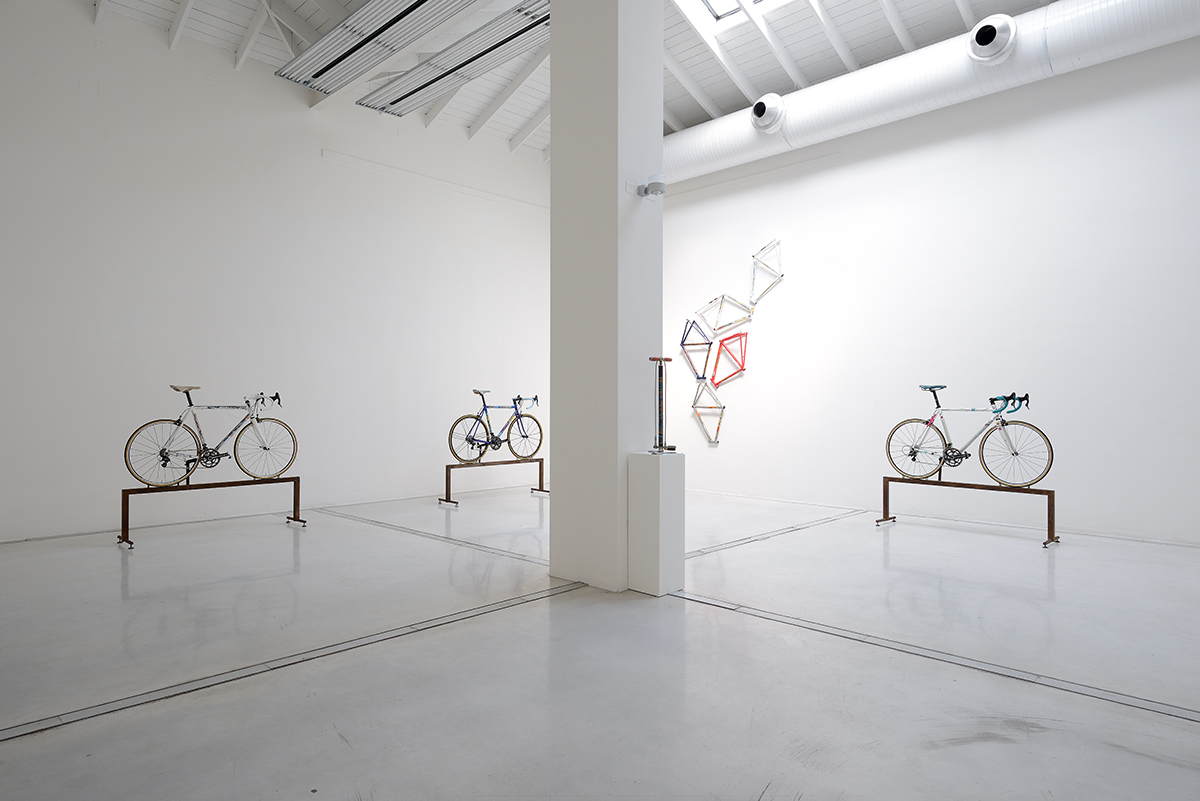 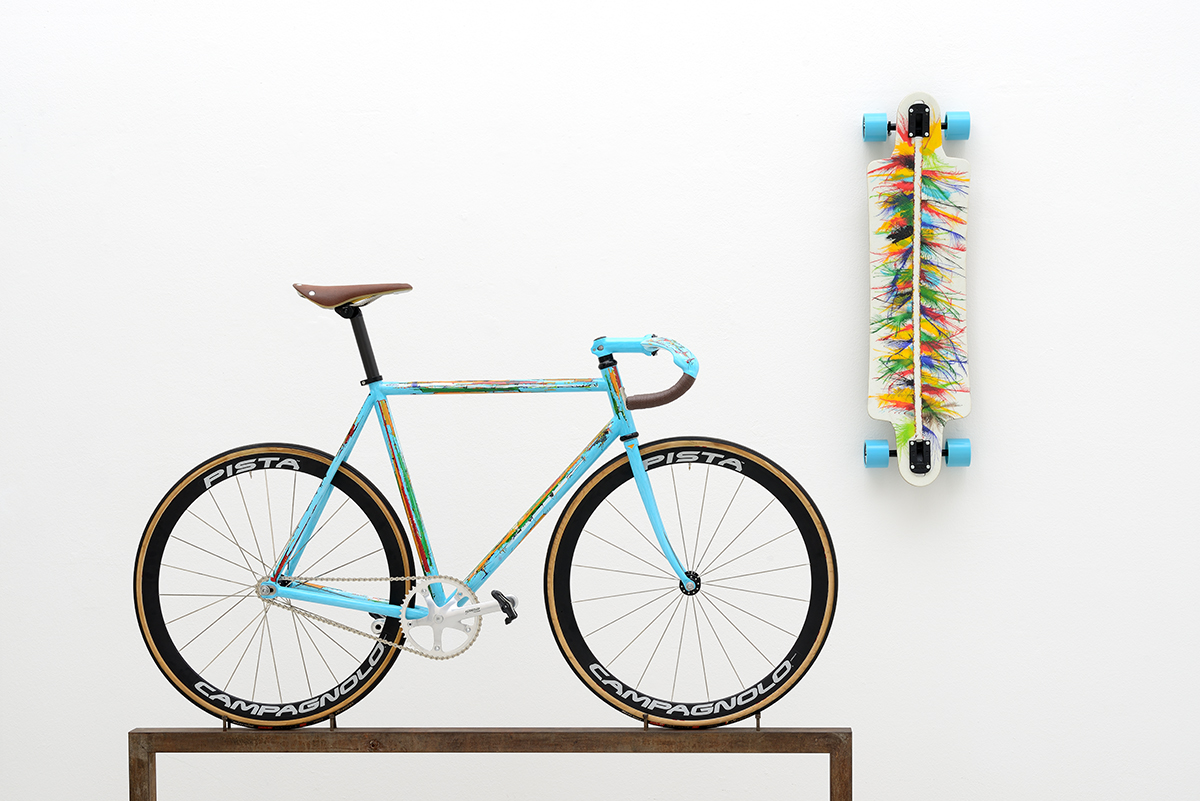 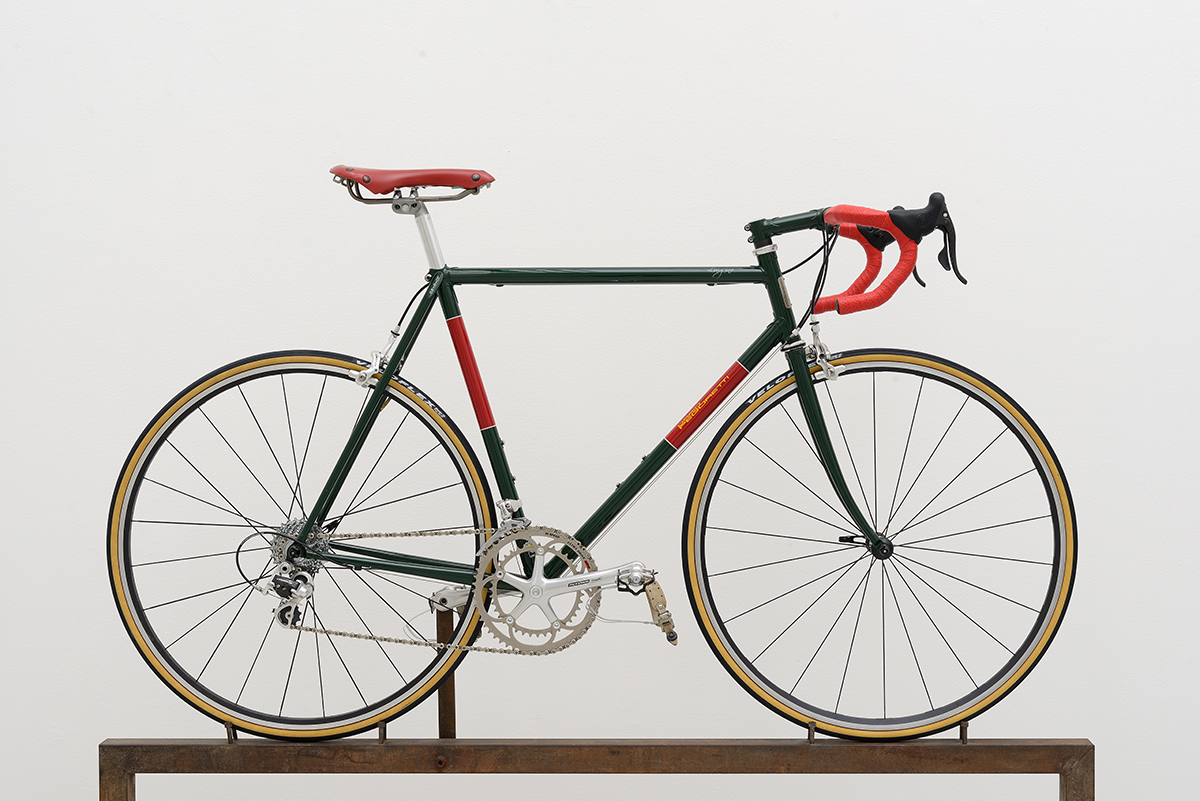 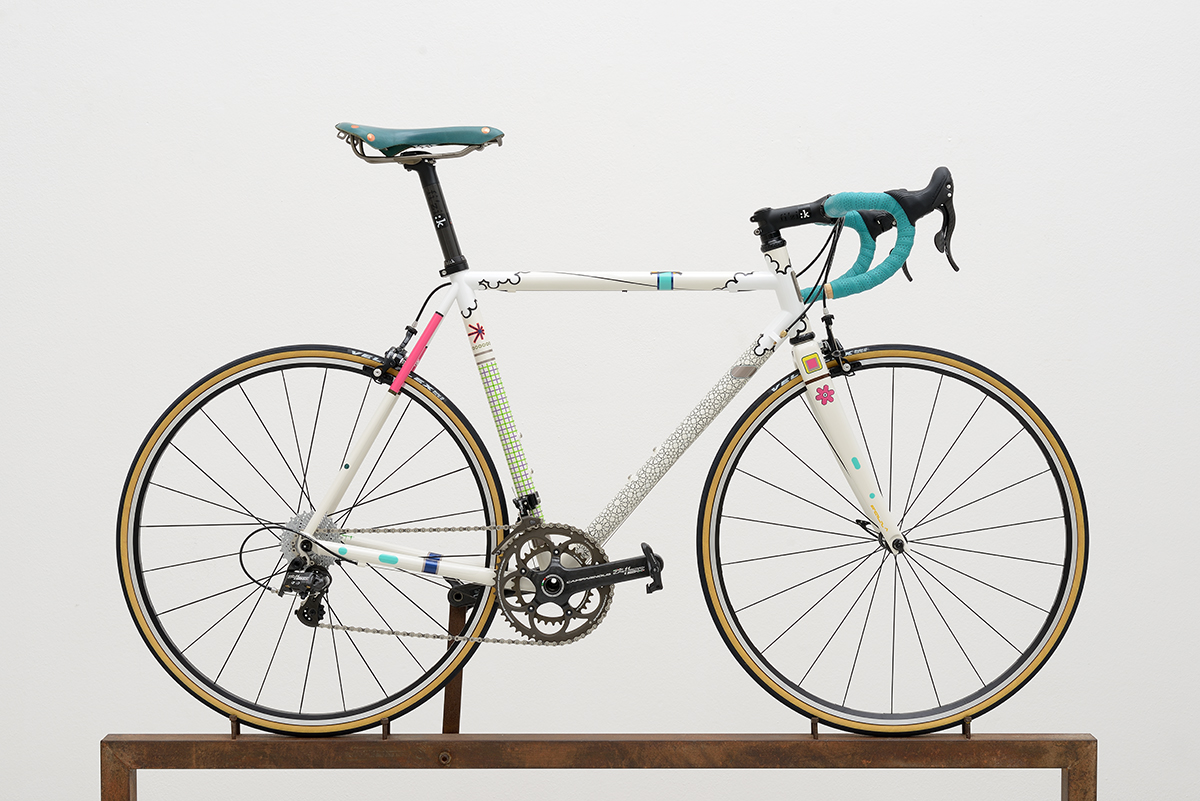 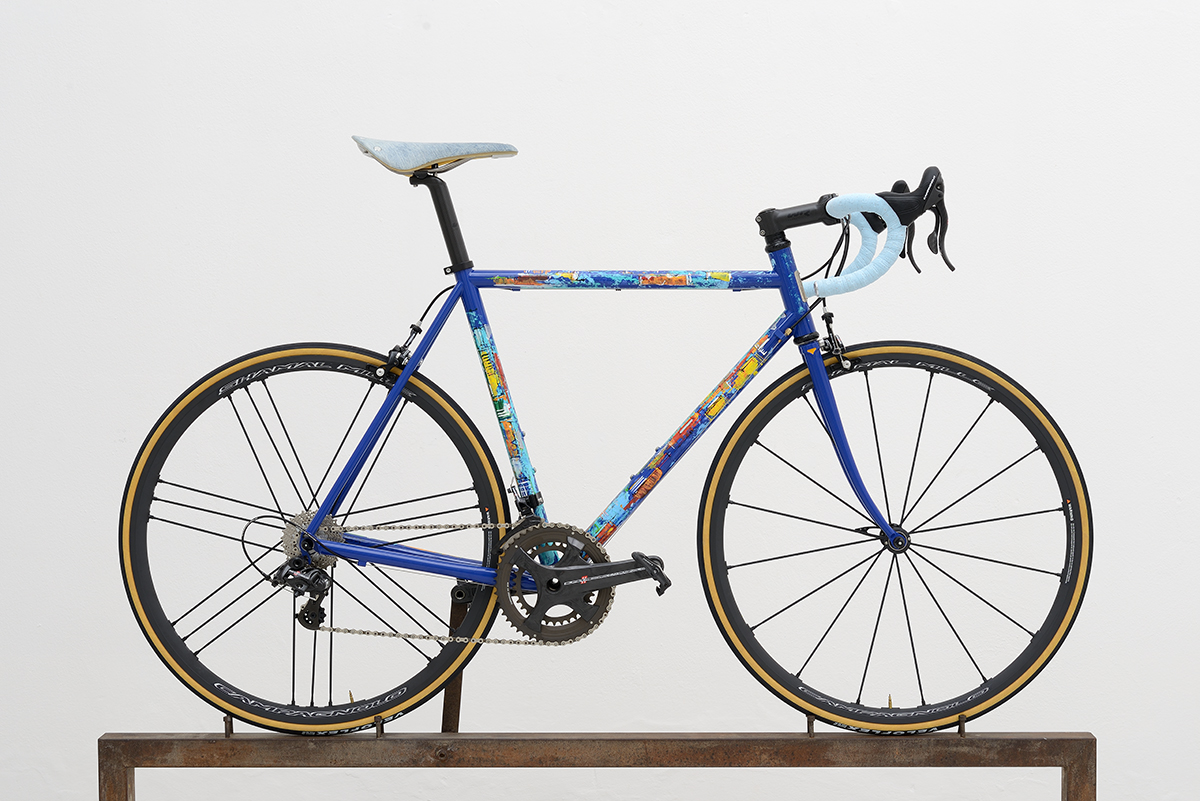 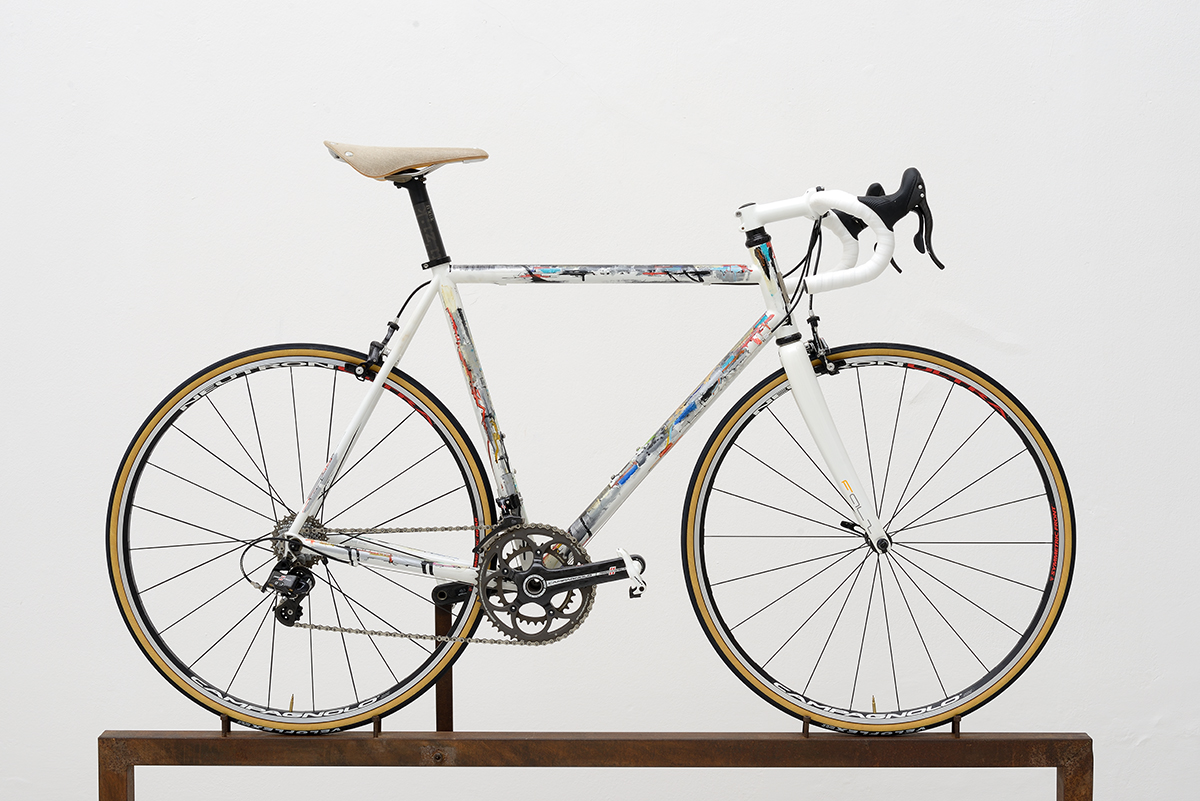 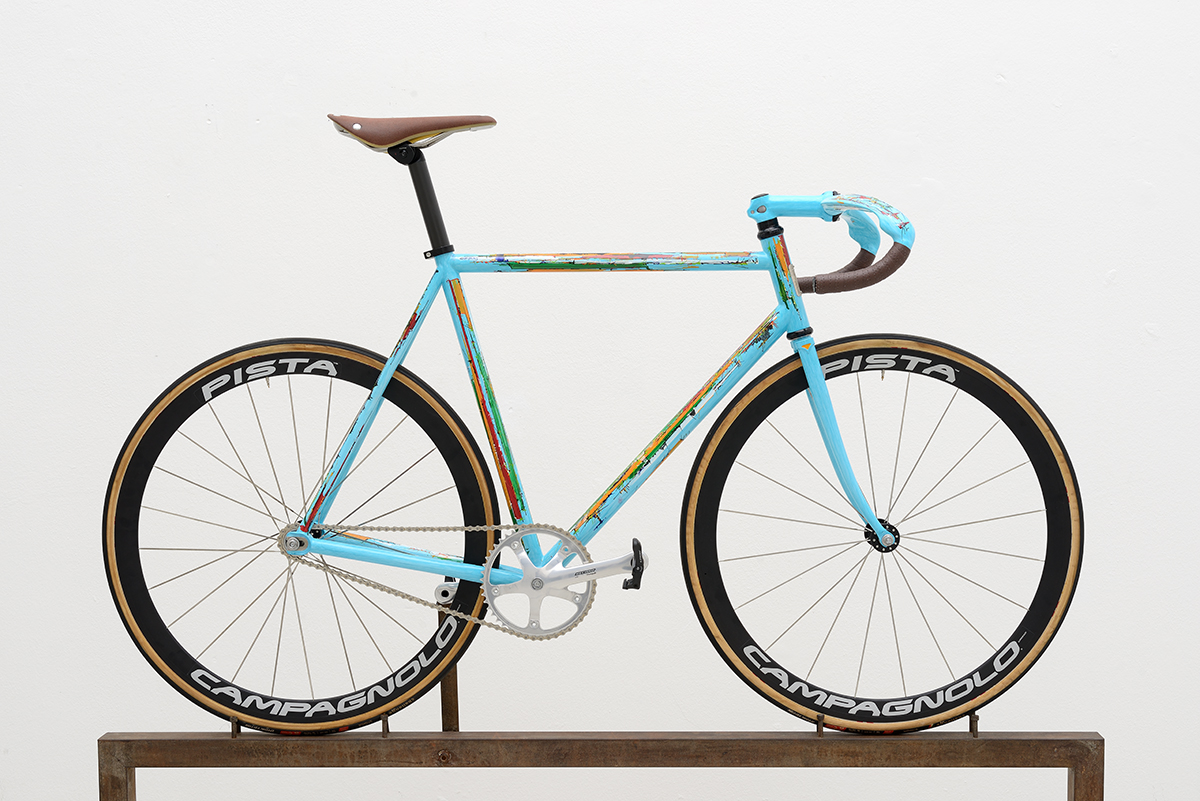 Studio la Città opens on Saturday 16 September, the exhibition: The Bike Connection, contamination between art and bicycles worlds, in collaboration with Dario Pegoretti and the historic company Brooks England company that, since 1866, produces prestigious leather seats. This is a show that pays tribute to bicycles, which this year sees the 200th anniversary of their invention, and did not come about by chance. In fact, for some years art and design have been receptive, and two of the gallery’s artists have a special relationship with them: the Australian Shaun Gladwell and the American Jacob Hashimoto, both linked for different reasons to bicycles, both as means of transport and as true lifestyle icons.

Marco Meneguzzo, author of the text accompanying the exhibition, well describes with these words the genesis of the project:
[…] That Hélène moved to an apparently unglamorous place is not a surprise… but it is the place itself that acts as a catalyst for those with a special gift for scents: just a short distance from the gallery there is a door that leads to what was once a workshop, and that still has the air of one, even while being in the vanguard of its sector; it wants to remain restricted, governable by a single man and his hands. This is the office, the workshop, the cave of “Pegoretti”, Dario Pegoretti , the assembler and above all the painter of bicycles, the “livery” of which is unique for each example […].
This is why they found each other. This is why the gallery is hosting a show of bicycles and accessories (with the contribution of the enthusiasm of Jacob Hashimoto, a New York artist with a mania for bikes, who knew everything about Pegoretti and who, when he spoke about him, had a strange light in his eyes), because an interest in materials is quite similar to the love of materials typical of artists.

On show, besides the bicycle designed by Jacob Hashimoto and made by Dario Pegoretti, is a video by the Australian Shaun Gladwell, Reversed Readymade, in which the artist links one of the most well-known works of modern art, Marcel Duchamp’s 1913 Bicycle Wheel, to contemporary manoeuvres on BMX bikes. The famous dysfunctional form of the first readymade – a wheel, a bicycle fork, and a stool – is here released from its “symbolic value” and takes on a “use value” and a new function through the skilful manoeuvres of the performer. As Gladwell himself has said, “There are only a handful of athletes and acrobats who could have attempted a ‘spin’ on Duchamp’s bicycle wheel, and even fewer would be able to manoeuvre this sculpture.” This investigation of space has slowly led Gladwell to deal with different video formats, to experiment with multi-channels, and utilise architectural surfaces as area for projections. This work was also planned to be enjoyed through so-called “enhanced reality”, that is with the use of specific viewers capable of totally involving the viewers in a 360° perspective. Shaun Gladwell will be present on the opening day in order to undertake the BMX performance Study of Stillness and Balance.
To complete the association between the worlds of art, design, and bicycles – the undoubted protagonists of this show – there is also a collaboration with Zanotta, a business established in 1954 and which has always been considered as one of the greatest firms in the history of Italian design. The visitors will have the opportunity of looking at Shaun Gladwell’s video from a new point of view thanks to Sella, an exceptional saddle designed in 1957 by Achille and Pier Giacomo Castiglioni. It is a genuine bicycle saddle mounted on a steel tube and supported by a heavy semi-spherical base which offers the possibility of a “dynamic balance”. Conceived as a “telephone stool”, as well as for unusual and one-off sitting positions, besides its overt allusion to the cycling world (the colour alludes to that of the jersey of the winner of the Tour of Italy) the object evokes a milking stool, with a single support on the floor. 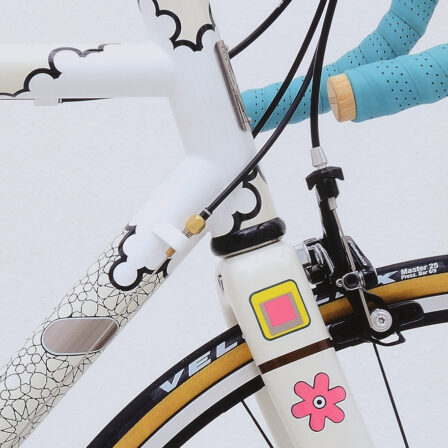