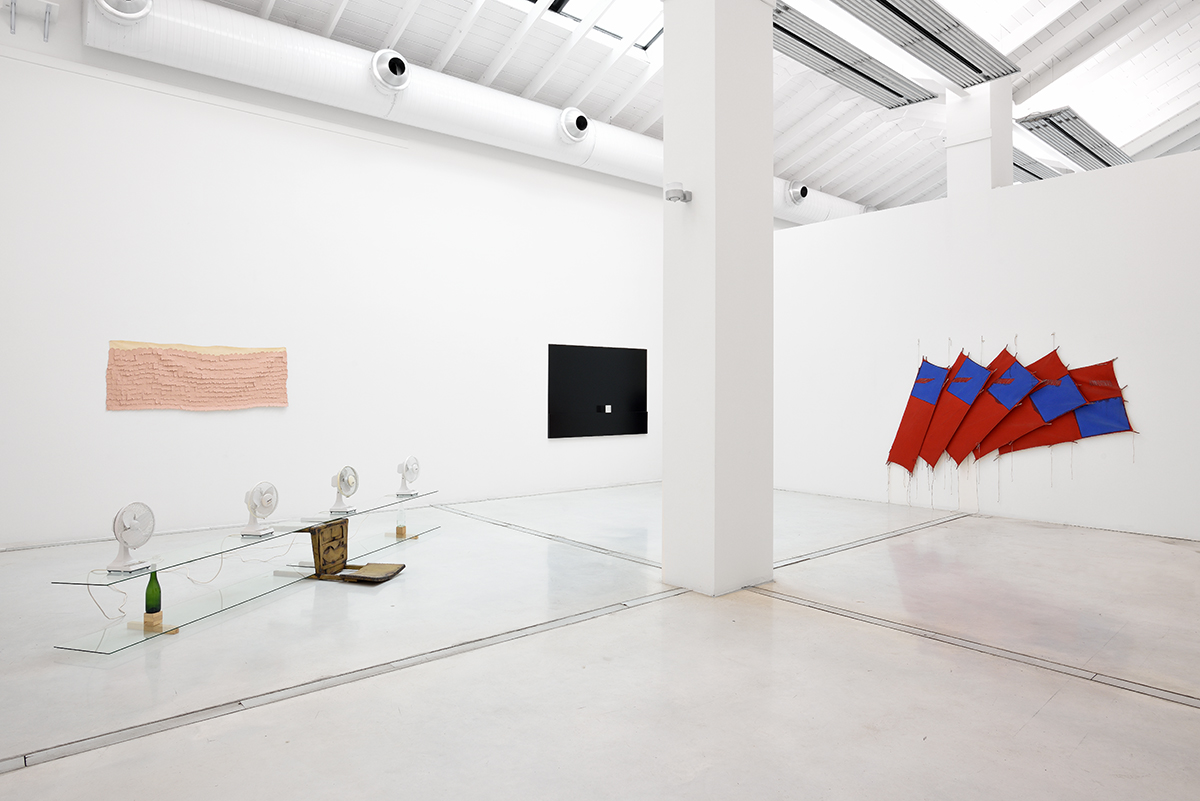 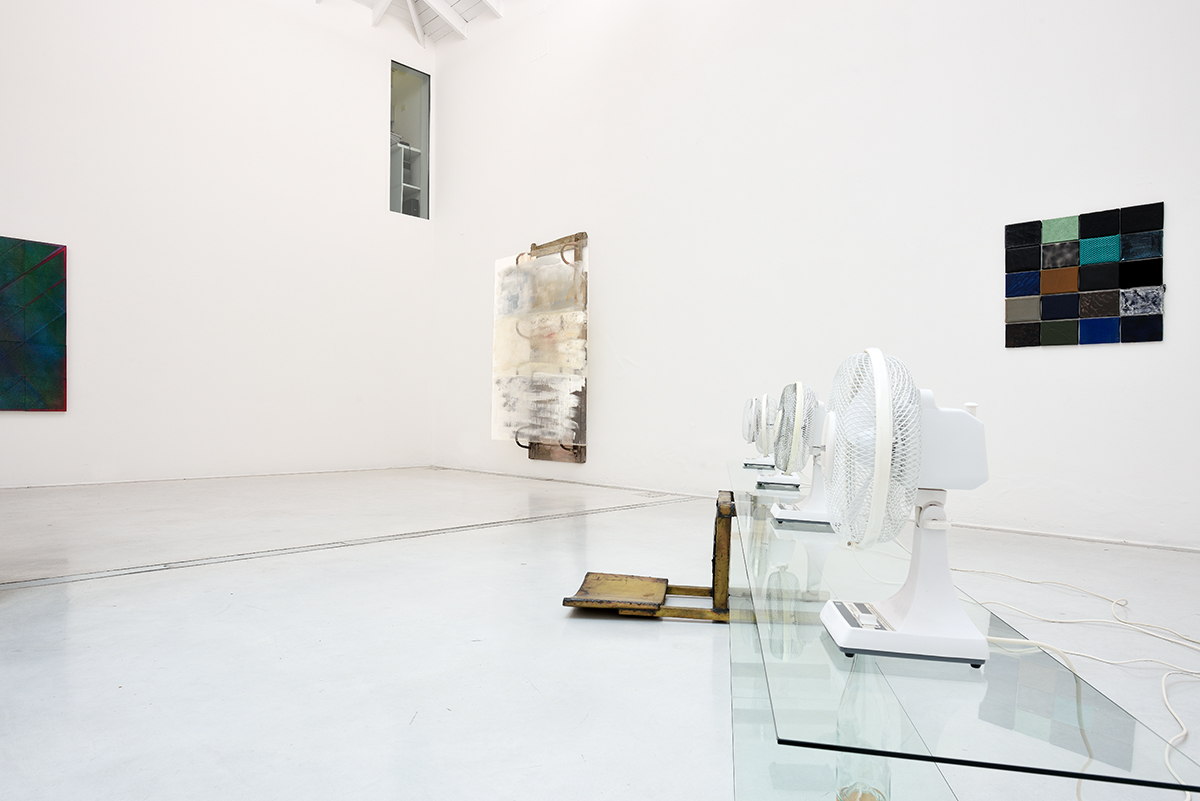 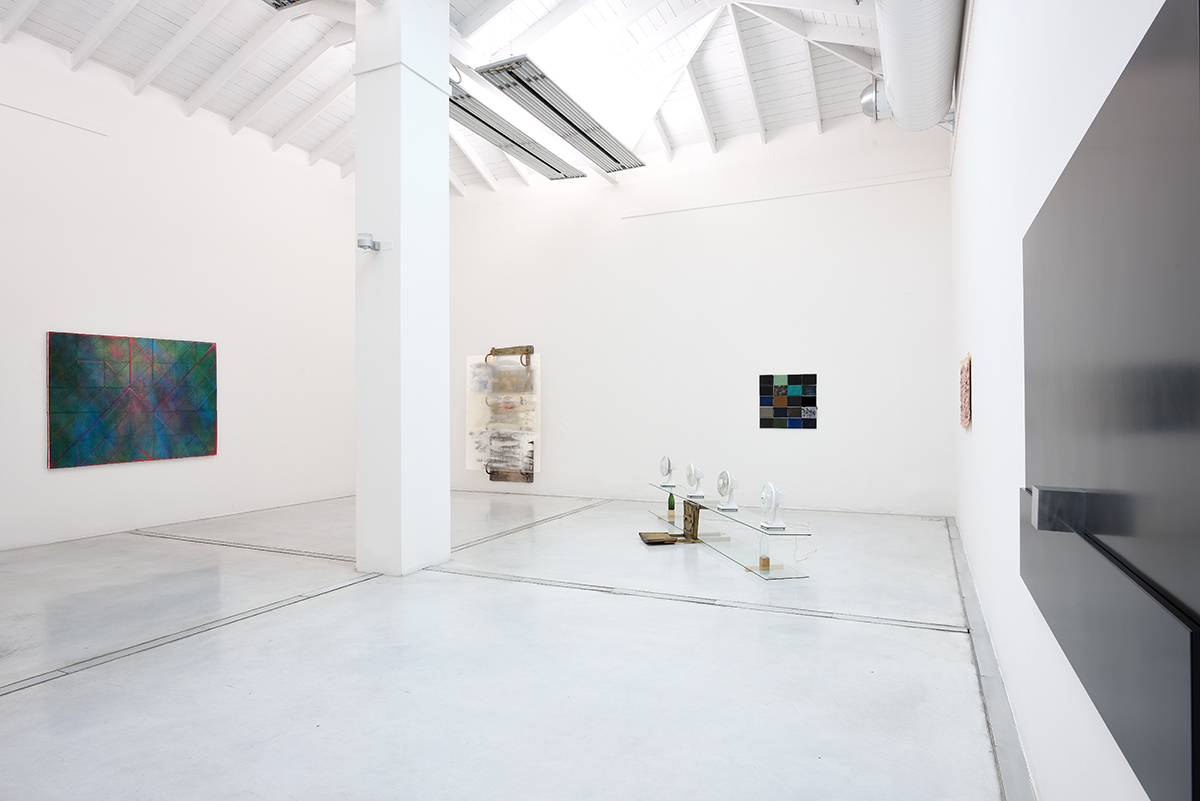 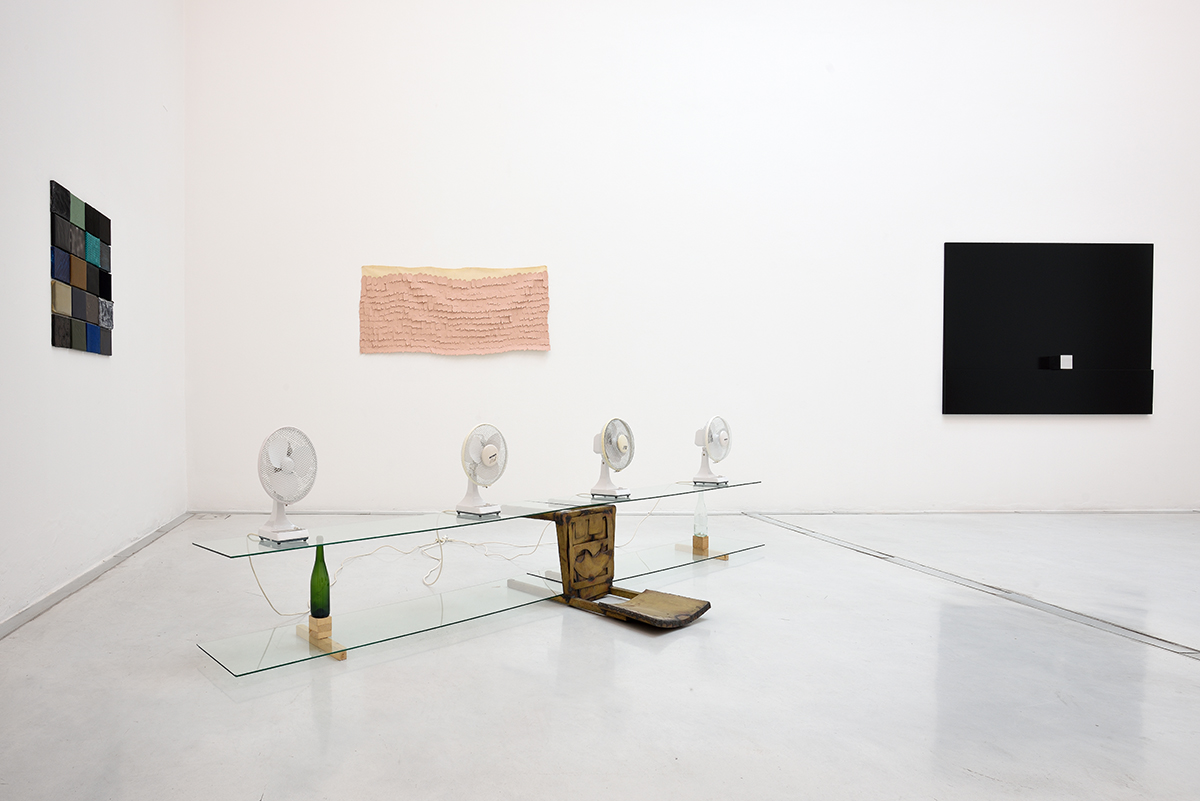 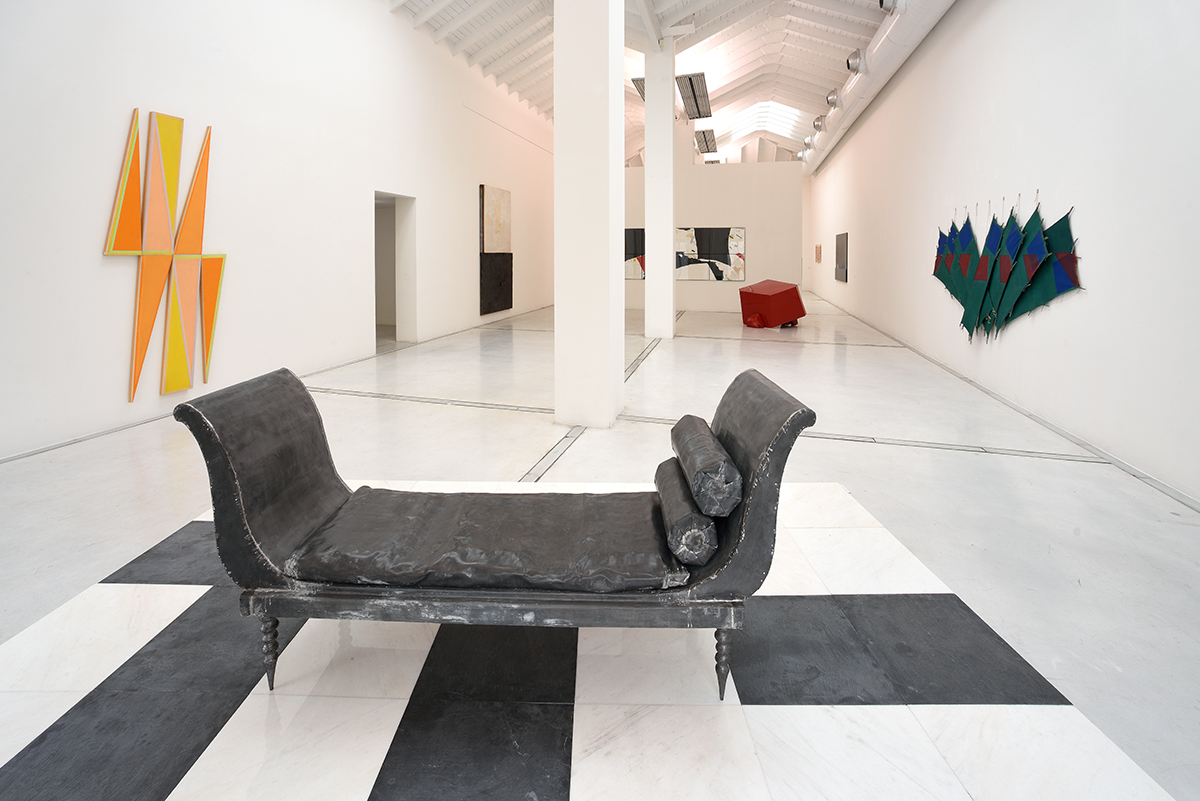 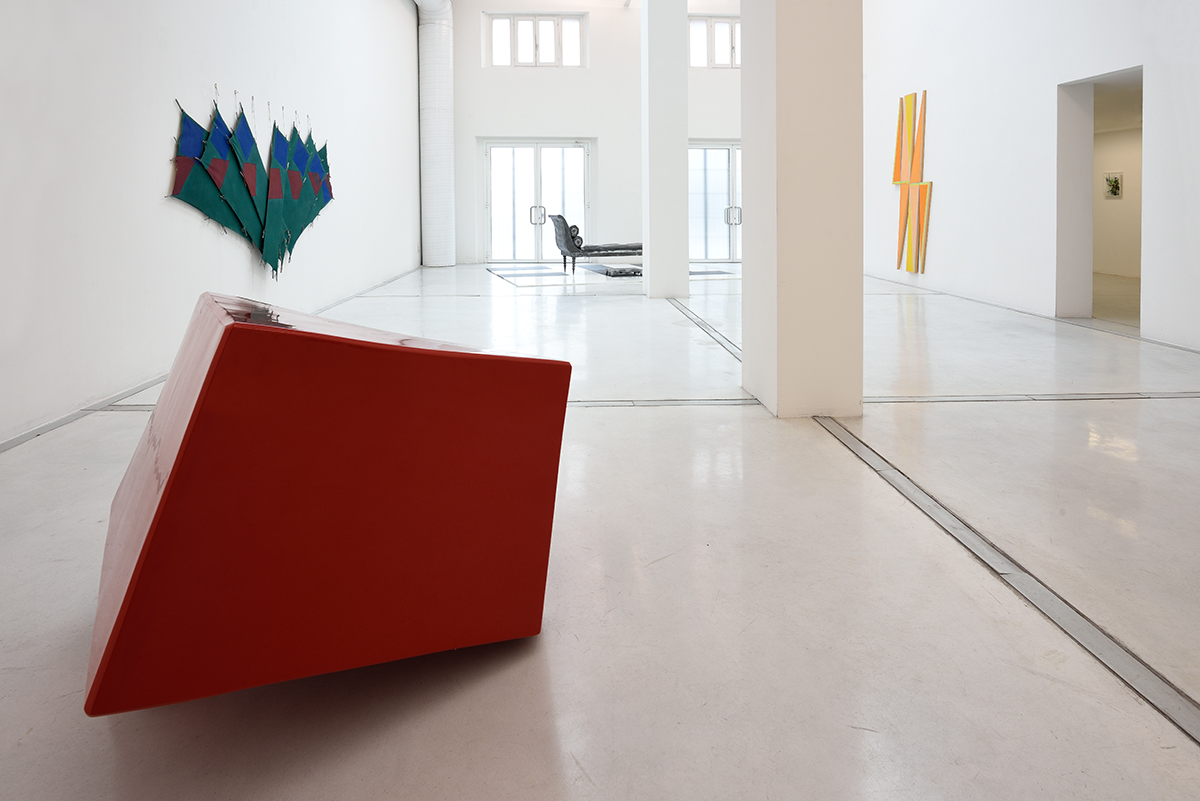 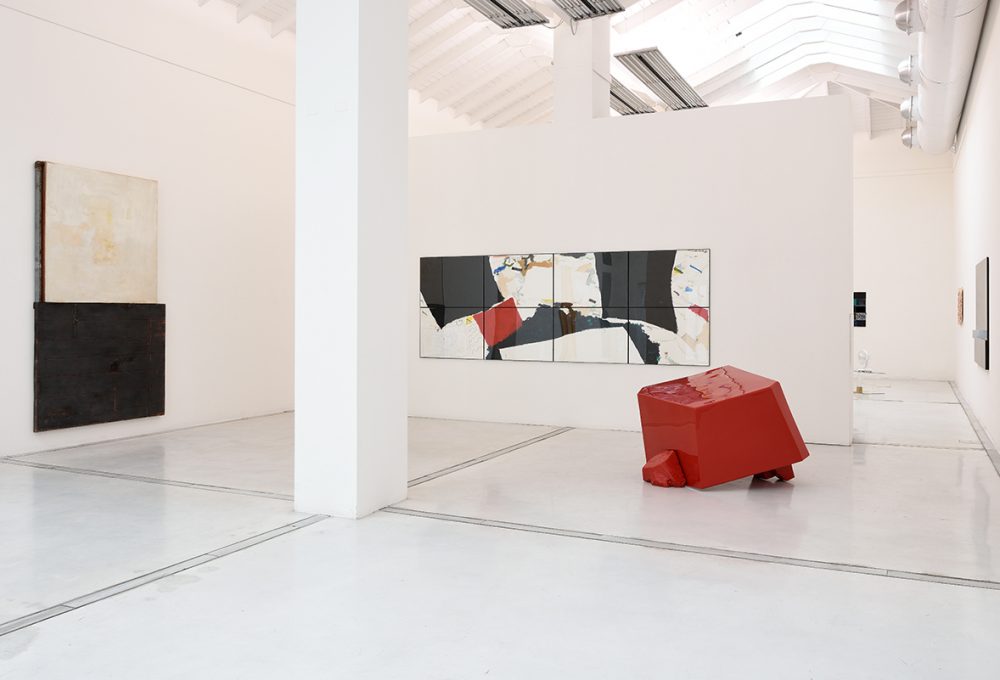 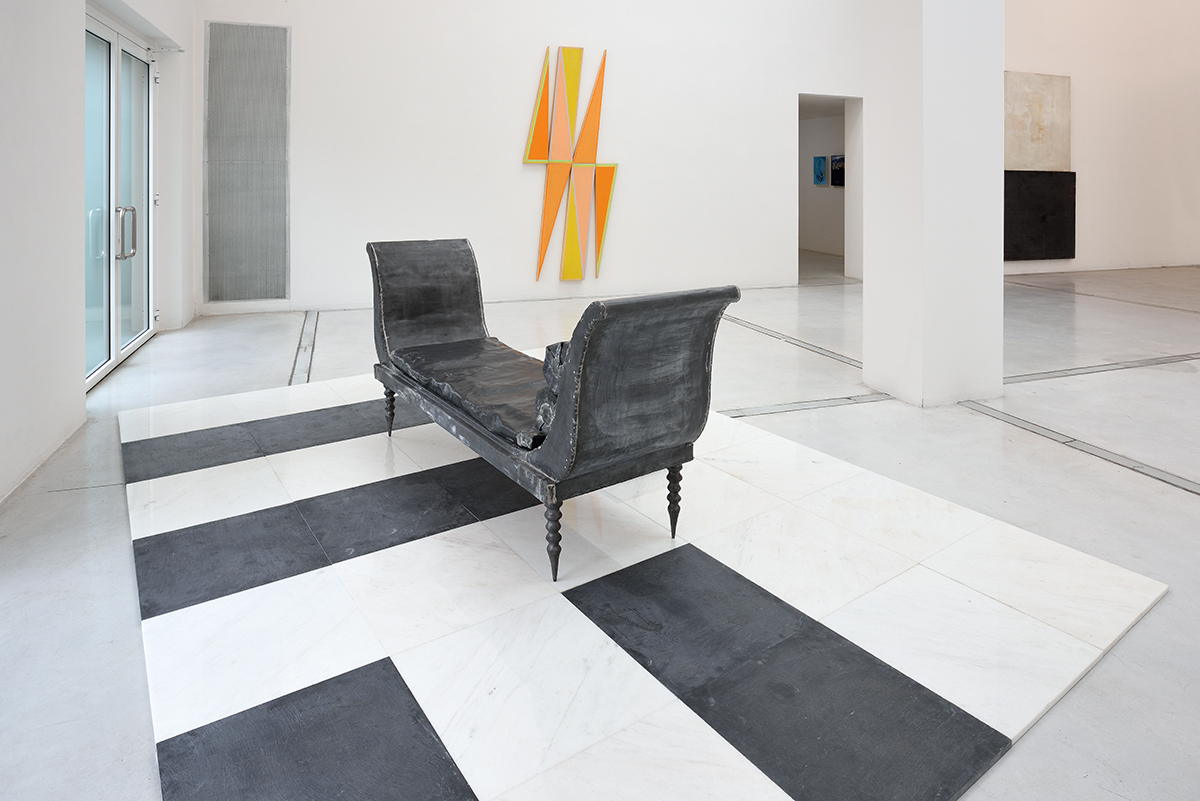 The title of this group show is taken from the famous 1961 film by John Huston, starring Clark Gable, Montgomery Clift, and Marilyn Monroe who played the parts of three anti-conformists. In the Italian translation of the film it is called Gli spostati, The Maladjusted. Meneguzzo considered The Misfits […] as a title that would be just right for a show like this, it was an urge that was resistant to every long countercheck, the first of which, of course, was to associate these artists with the definition “maladjusted”. “Spostati”, though, is only one of the possible translations of “misfits”, and in fact when the film was released in European cinemas, the title in various languages showed the most varied nuances which could give rise to very interesting and subtle interpretations […]. In Danish the title is De frigjorte or The Free! […]. So, Meneguzzo continues, “the misfits” are in fact “losers” with respect to society, from which they escape, but heroes in the eyes of those of us who watch it, of those of us who know what is passing through the mind of these people, of those of us who come into contact with that single individual, but without the inevitable labels imposed by society […].

The aim of the exhibition is to show the works of artists who, between the 1970s and 1990s, worked with the gallery and, together with the gallery, were to be seen in that period in such international art fairs as Cologne, Düsseldorf, Basel, Paris, Madrid, and Stockholm. Due to their great quality, the works by these artists were extremely successful both with critics and the market; they were shown in prestigious galleries exclusively as a result of their poetical qualities. Ahead of their time, in their completely anti-conformist introspection they were always extremely difficult to pigeonhole by trends, fashions, or schools; but for various reasons, at a certain point each of the followed his own path.
As Meneguzzo explains, these artists were characterized by […] “one” moment of being at an oblique angle to the “spirit of the times”, and this indicates their capacity, not only to follow a language, but to produce it when it has matured: they are, in other words, actors working in their own expressive time. However, this obliquity lasted only a short time, an all too short time for it to be consolidated as something fully pertinent to a historical moment, too short for these names to be deposited in the imagination of the vast and consolidated art system […].

Without making the usual accusation turned against contemporary art, in other words that it is remorselessly tied to the current art market, Meneguzzo recognizes that often […] the work is detached from its author and that it travels alone, it speaks autonomously, like a child who has become an adult; but it is also true that at times the sins of the fathers fall on their children, even if the categories they belong to are quite different – the fathers are people, the works objects – and in art this is even more true because the fathers – the artists – have the same close proprietorial relationship with their children – the works – and often they determine their destiny. This is as though to say that even with regard to the works themselves we might be dealing with a “question of character”, because they frequently have the character of the artist – the character, not only linguistic intelligence, expressive ability, and all those elements that belong as a whole to language. And a “petulant” or “difficult” character , or even simply an “independent”, “free”, “uncompromising” (here are the misfits!) one, coincides with a work that is equally difficult to categorise, one that has “no fixed abode”. And in the West nomads are not liked by anyone… […].

On show are large-scale works that belong to the collection of Studio la Città. 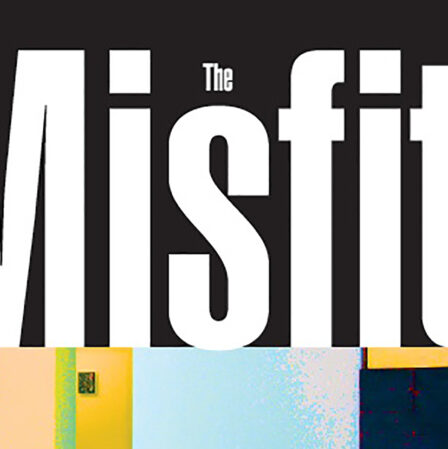