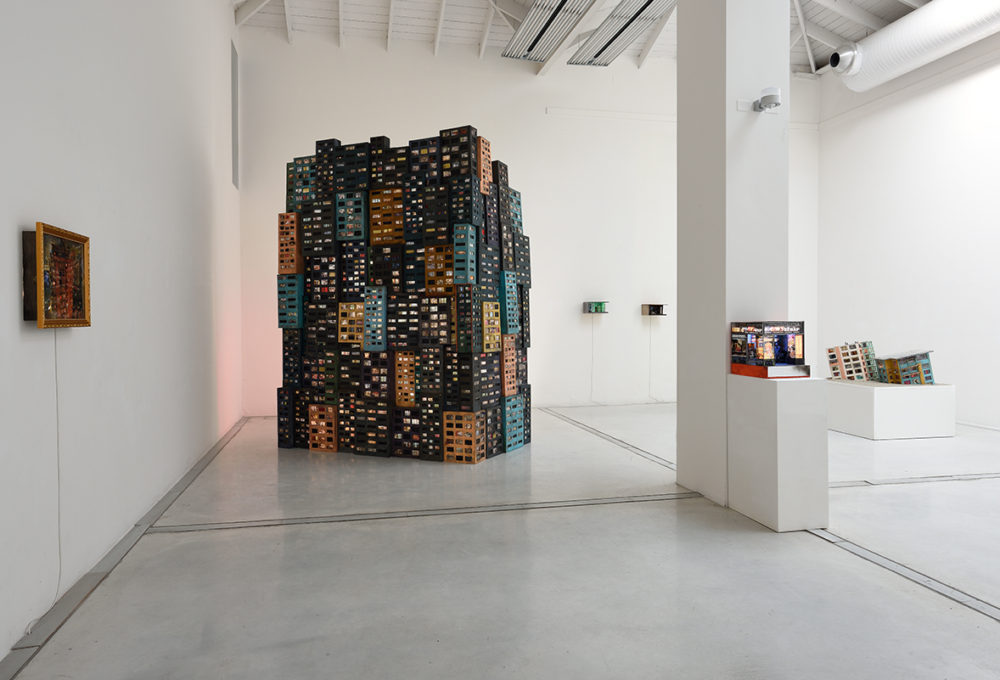 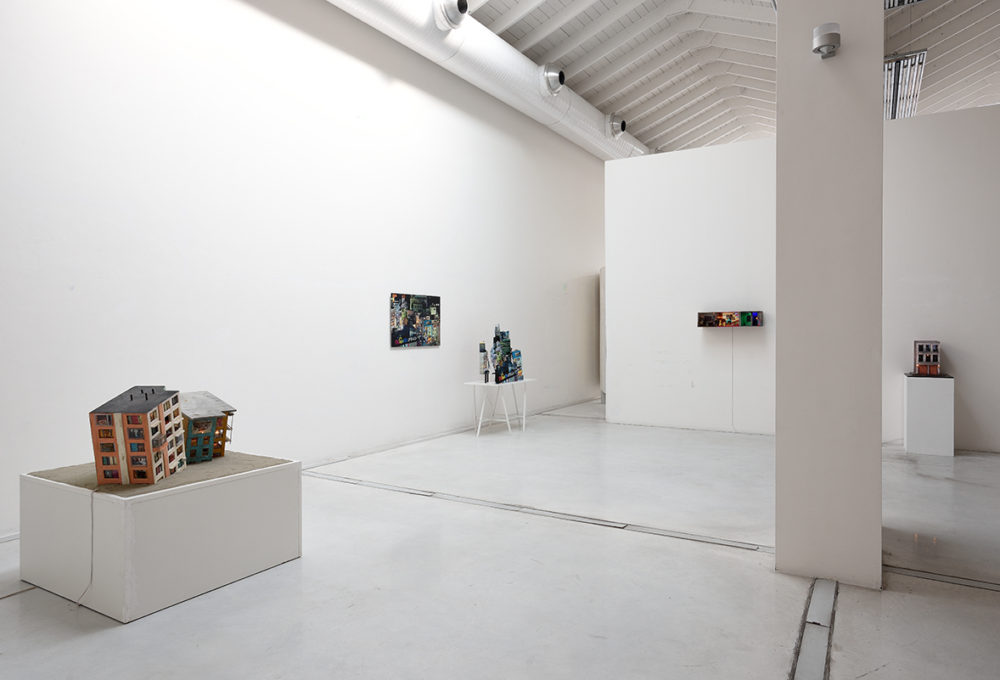 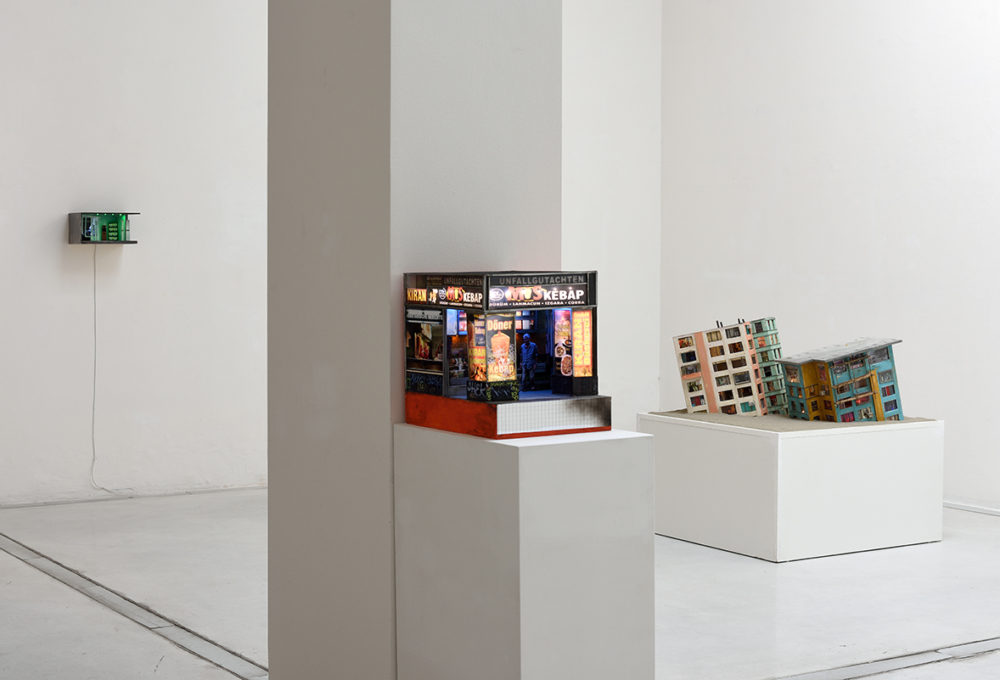 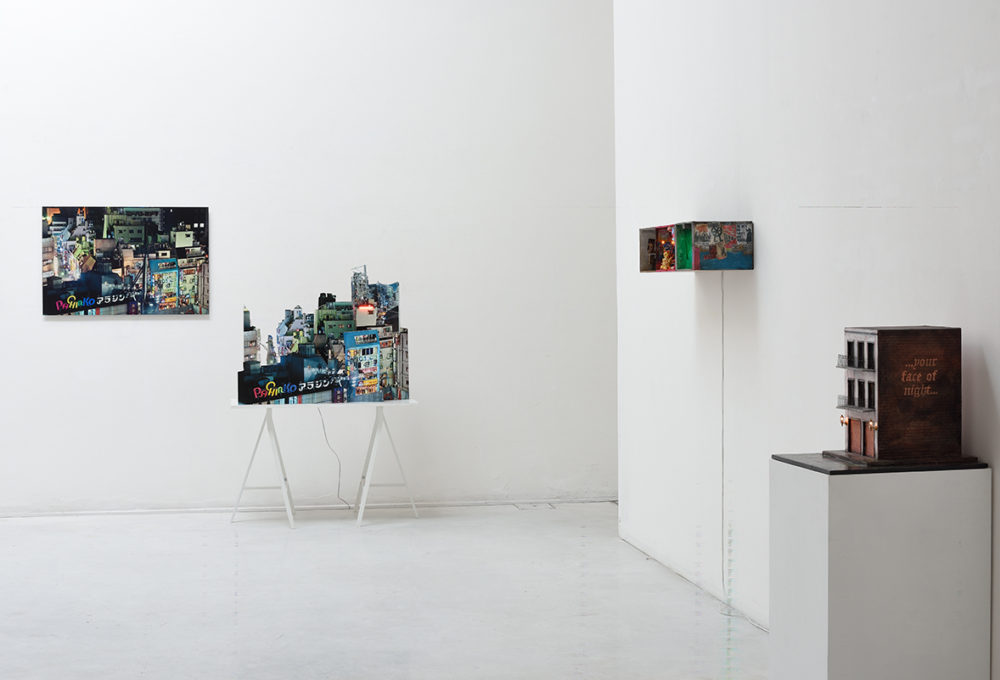 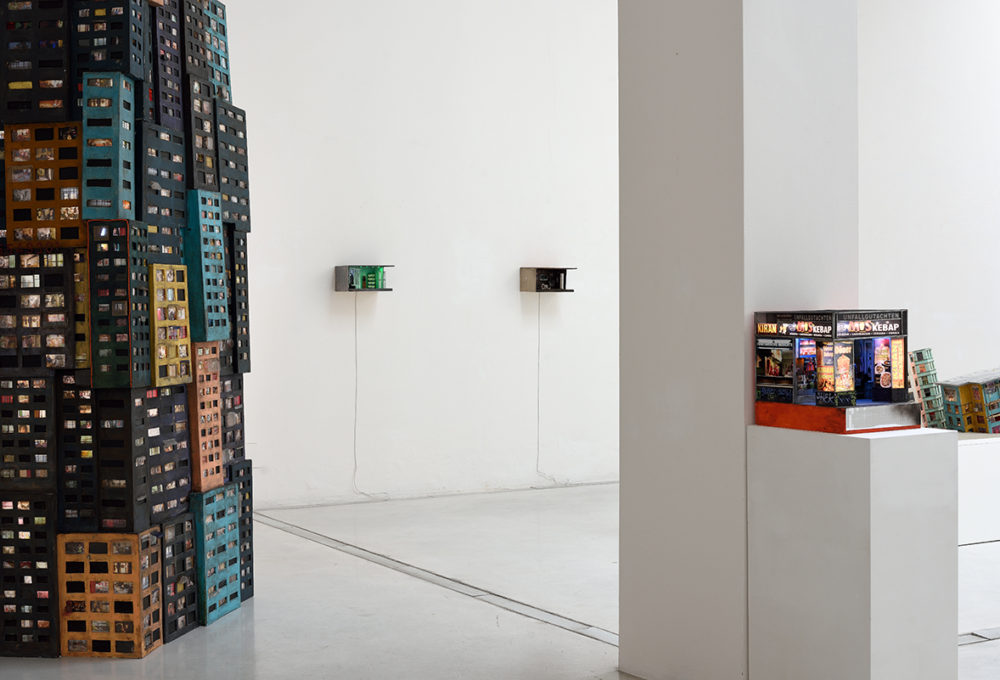 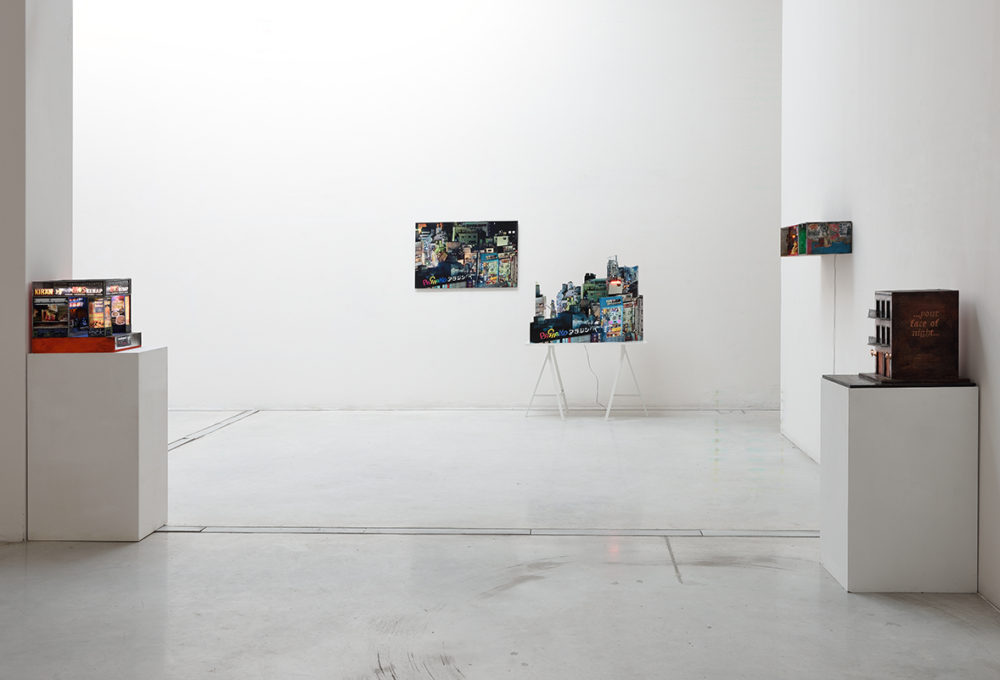 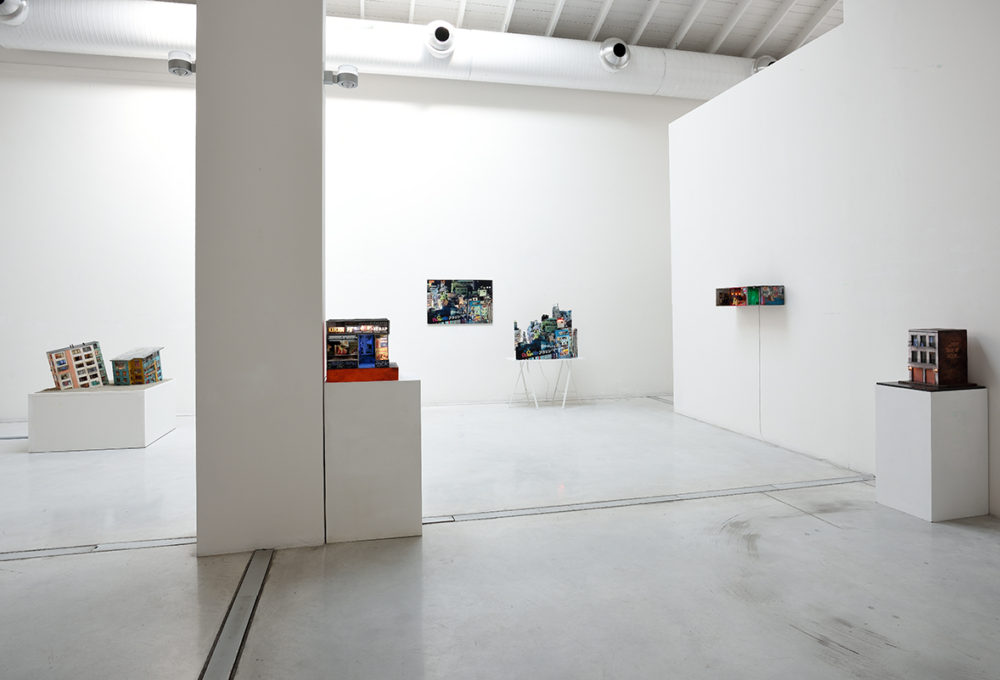 From Saturday 23 February 2019, Studio la Città will be hosting a solo show by the American artist Tracey Snelling in which, beside her large-scale installation Tenement Rising, already exhibited with success in the show No place like home, the artist will be showing a series of “sociological” works to recreate, on a reduced scale, settings, environments, and buildings derived from her personal experiences and arriving at the very limits of voyeurism. By using sculpture, video, and installations, Tracey Snelling gives her personal impression of a place, the people who live there, and her experience. Often, the photographic image inserted into her works are distinguished from the real life undertaken inside the buildings, to generate a sense of mystery.

The artist’s work, which is often inspired by film noir, aims at creating a sense of curiosity: Who lives there? What are the people doing inside the houses? These questions lead the observers into the realm of narration. With her use of videos, audio, and scale models, the artist does not try to reproduce a place but, rather, tries to inquire into the environment itself to allow the observers to gain from the work their own intimate and personal meaning.

Snelling’s works are sociological cross-sections, ones that she recreates in her wall sculptures: situations that are at times paradoxical, others that are denunciations (frequently situations of women’s lack of equality), and always against a background familiar to the artist. In MIS Döner Kebap we see the street where Tracey lived in Kreuzberg, a district in Berlin. Instead, in another work on  show, Green Bar, the location is not real but, rather, a reconstruction based on memories mixed together with typical bars in Berlin frequented by artists. Besides these works, Rainy Night, a work originally created for the show The Storytellers, held in 2013 at the Stenersetmuseet in Oslo, refers to the poem As One in the Rain by Octavio Paz, and includes extracts from the film of the same name, in particular the nude scenes of the model, the writer’s muse.

Among the new works on show, Serial Killer Room, Fantasy Mirror Room, Club is worth close study: in the room there echoes the voice of “Buffalo Bill”, from the film The Silence of the Lambs, from which we deduce how even the most chic neighbourhoods can be inhabited by humans with many skeletons rattling in their cupboards. Here, in fact, the protagonists of these small inhabited rooms (a serial killer and a misogynous Christian preacher who does not allow women the right to utter a sound during the religious functions) hide disturbing secrets, and narrate the hidden discomfort of bogus bourgeois respectability.

Tracey Snelling was born in Oakland, California, in 1970. She lives and works in Berlin and the United States. The artist, who works with sculpture, video, photography, and installations, has often centred her work on sociological problems, voyeurism, and urban architecture, always starting out from her personal experiences. She began her career as a photographer and in the early years she worked with the California Conservation Corps, and later she studied at the University of New Mexico where she gained a BFA; she worked as a firewoman with the United States Forest Service in order to finance her studies. Snelling has exhibited in international galleries, museums, and institutions, among which the Royal Fine Arts Museums in Belgium; Palazzo Reale, Milan; the New York Museum of Art and Design; the Kunstmuseum Krefeld, Germany; the Museo de Arte de Banco de la Repu-blica, Bogotà); and the Stenersenmuseet, Oslo. Her short films have been seen at the San Francisco International Film Festival; the Thessaloniki International Film Festival; Circuito Off, Venice; and the Arquiteturas Film Festival, Lisbon. Her work Snelling’s Criminal City was recently commissioned by the Historisches Museum, Frankfurt, which it opened with in September. From May 2019 the works by Tracey Snelling will be hosted by the Swatch pavilion during the Venice Biennale. 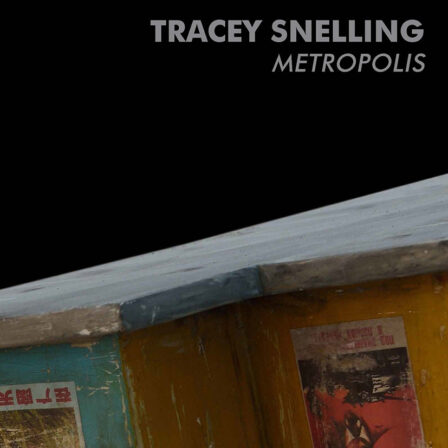