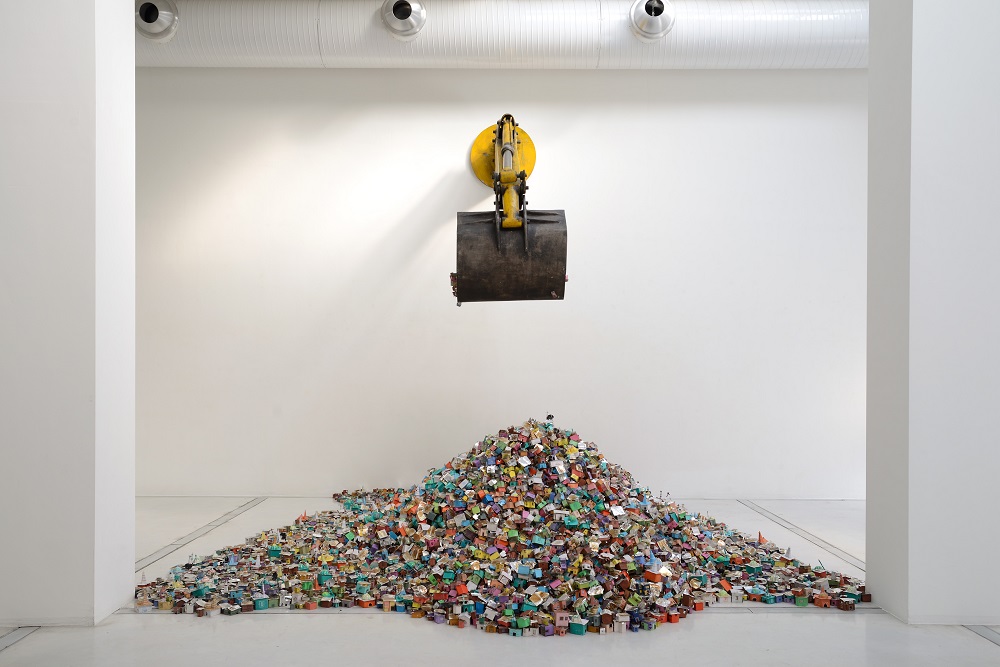 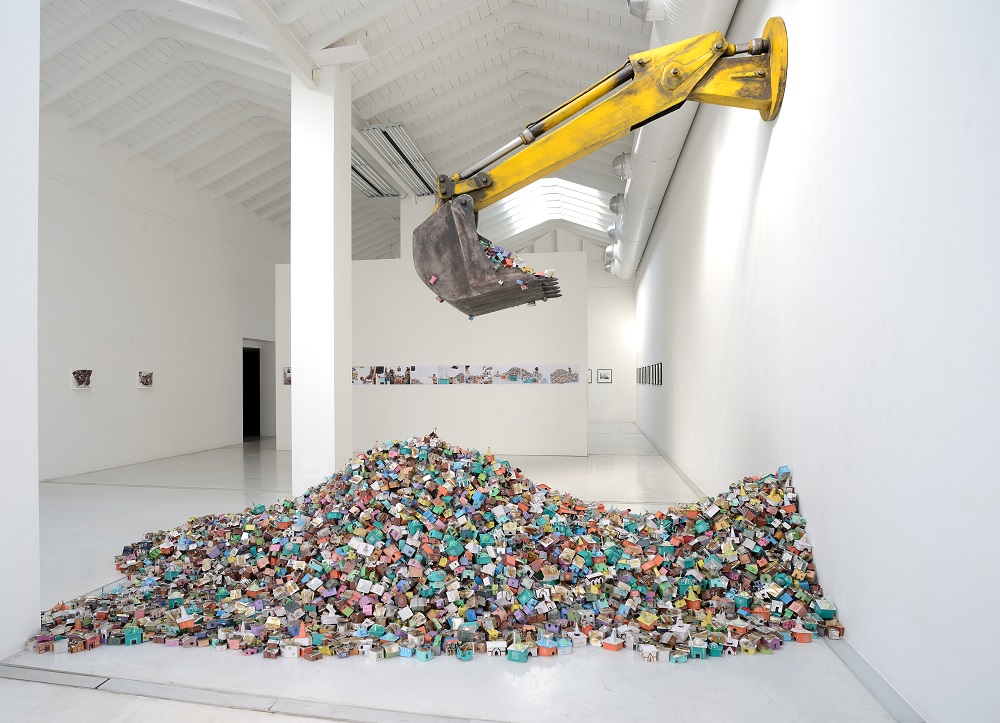 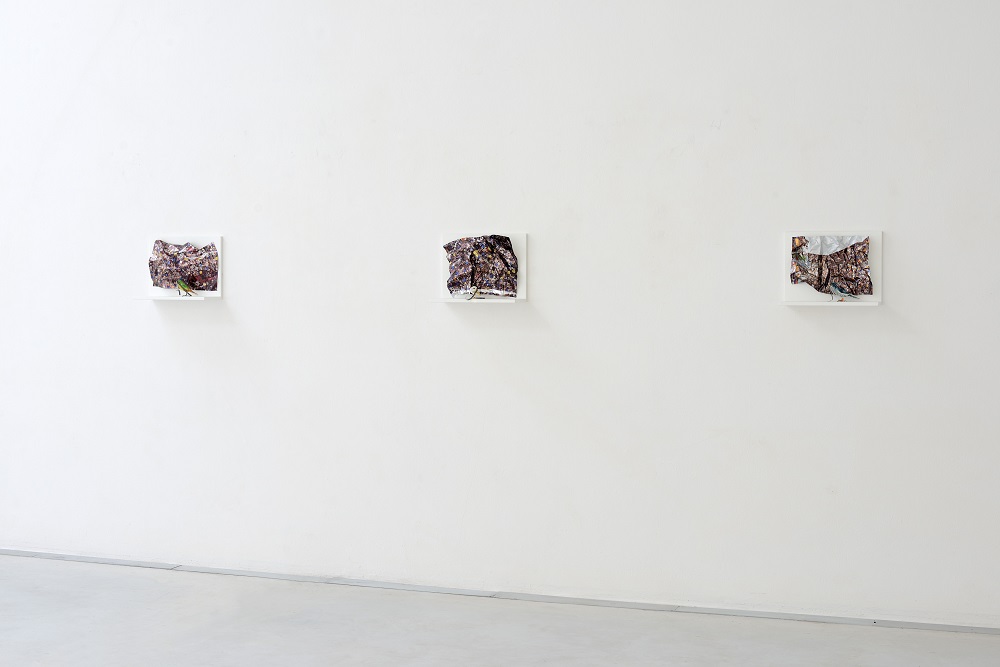 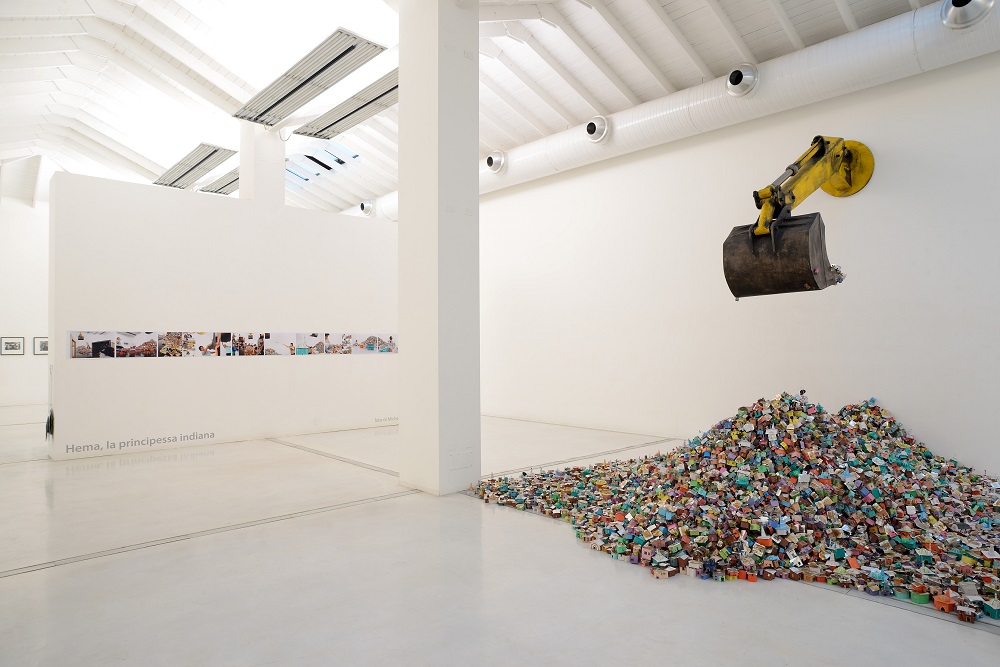 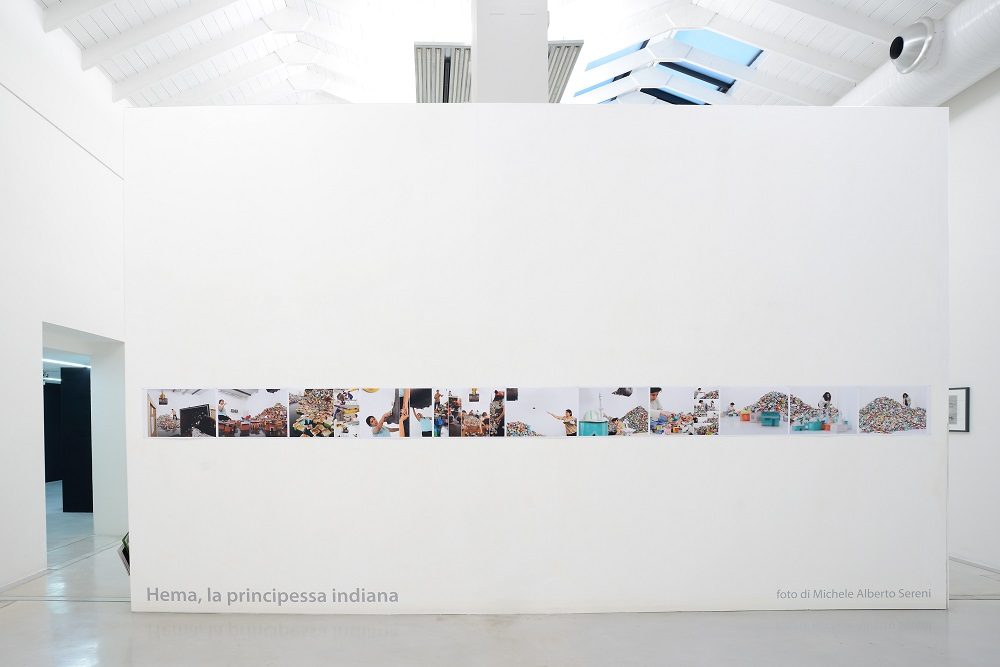 Studio la Città is pleased to invite you to the show Hema Upadhyay, Where the bees suck, there suck I which will be opening on Saturday 5 March 2016 at 11.30 a.m. Apart from the tribute to the Indian artist who recently died, Michele Alberto Sereni will be presenting a series of photographs documenting the work undertaken by Hema during the creation of her most famous installations.
In fact, dominating the gallery’s main room will be one of her most representative works: Where the bees suck, there suck I, the great bucket above a myriad of tiny, multi-coloured shacks, exhibited at the Rome MACRO in 2008; Studio la Città and the Museum on the Seam, Jerusalem, in 2010; and the Tennis Museum, Helsinki, in 2011.
So writes the curator Marco Meneguzzo in a recent article published by the American magazine Artforum:
«Thinking now about how Upadhyay’s life (she was born in Vadodara, India, in 1972) has been brutally cut short in Mumbai, in a crime whose reasons are still obscure, provokes a sorrow that is difficult to comprehend, for it is as if someone showed no hesitation about ruining and destroying, in addition to her individual existence, the human talent that this artist exemplified at the highest level.
For Upadhyay had so much talent, and, in my opinion, she demonstrated it most conspicuously through works of great simplicity. As is often the case with artists from “formerly exotic” nations, impelled to describe an identity that moves beyond stereotypes, her initial subject was her own daily landscape and horizon, which she wanted to communicate to those who don’t know or were curious about it.
[…] Where the Bees Suck, There Suck I, 2008, is a moving image because it swiftly gets to the heart of the problem, providing an infinity of stratified and coexistent meanings: overpopulation, urbanization, the political and economic perils that loom over the weakest, fear of the future, humanity’s fate . . . all at a single glance composed of both emotion and reflection. This compositional reality and, above all, this ability to summarize a complex feeling in a simple and “popular” form, were Upadhyay’s most distinctive traits, and they endure in all her works, including the most recent, some of which were planned for “Megacities Asia” opening in April at the Museum of Fine Arts, Boston. Her works always focused on the theme of freedom.
In keeping with the folk wisdom that birds in flight know no borders and thus are a symbol of freedom, Upadhyay had begun to construct hundreds of brightly colored clay birds. Some were intended to fly, hung from a wire; others—most of them—to rest on a shelf, with little strips of printed paper in their beaks. This piece of a story was impossible to recompose but full of pathos by the very fact that the birds were dispersed throughout the world. And so just one of these birds would have signified “everything,” because it would have presupposed all the others, an entire flock that transports words, that is, ideas. And it matters little that one doesn’t know the narrative to which they relate. For what is truly important is that the words are transported everywhere, implying that, in fact, it is not possible to stop all birds, all ideas. Hema was stopped today (what a tragic and unbearable waste!), but her words continue to fly.»
(Marco Meneguzzo, Artforum – february 2016)