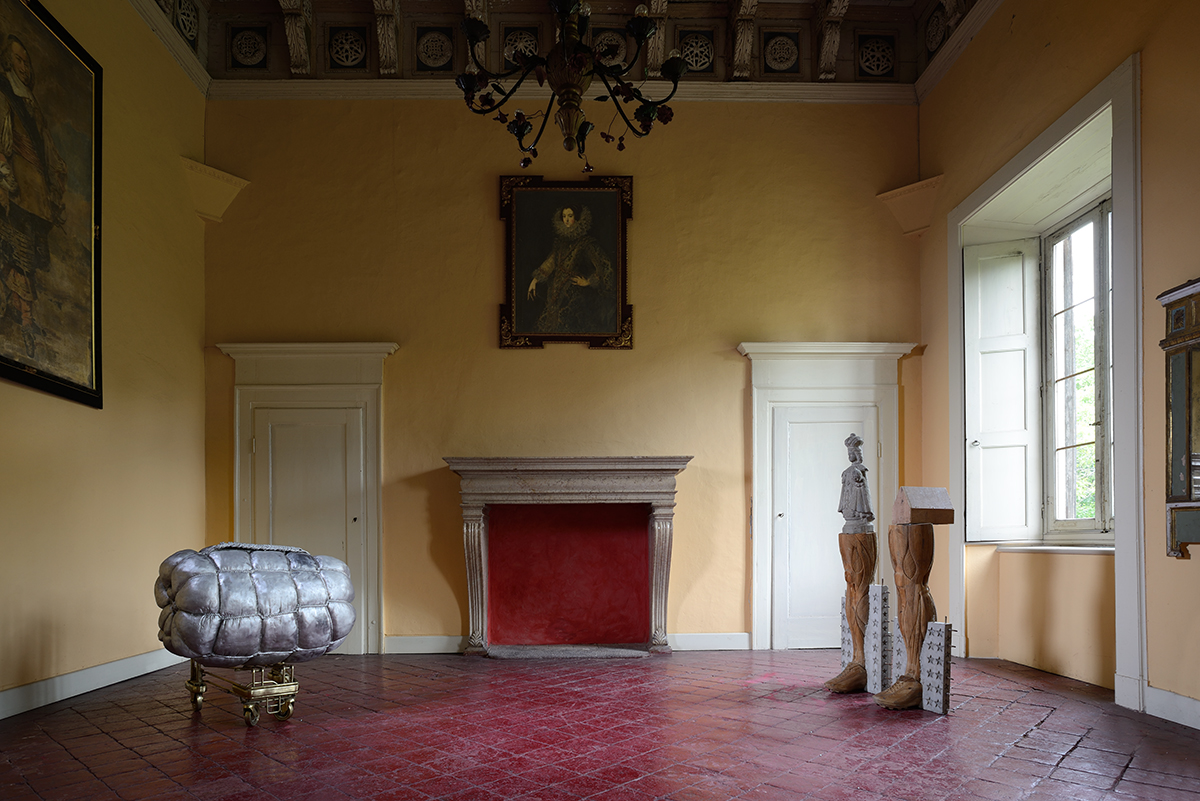 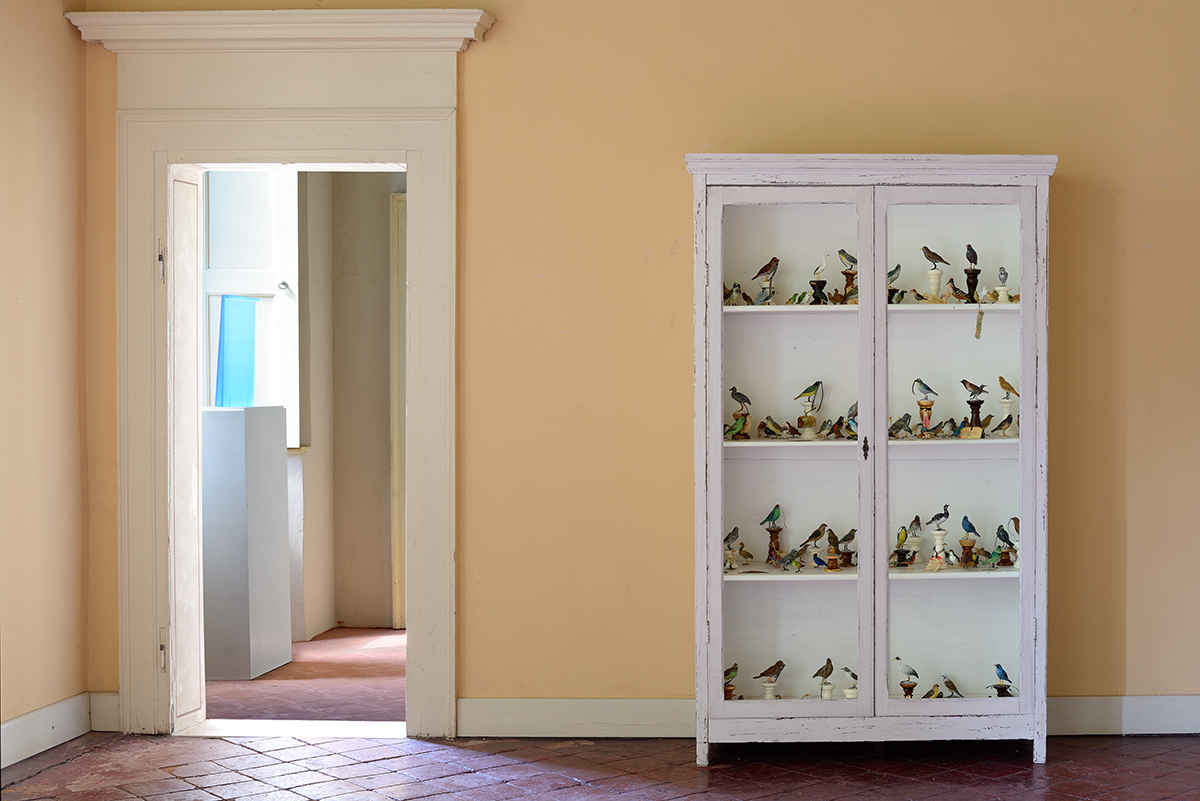 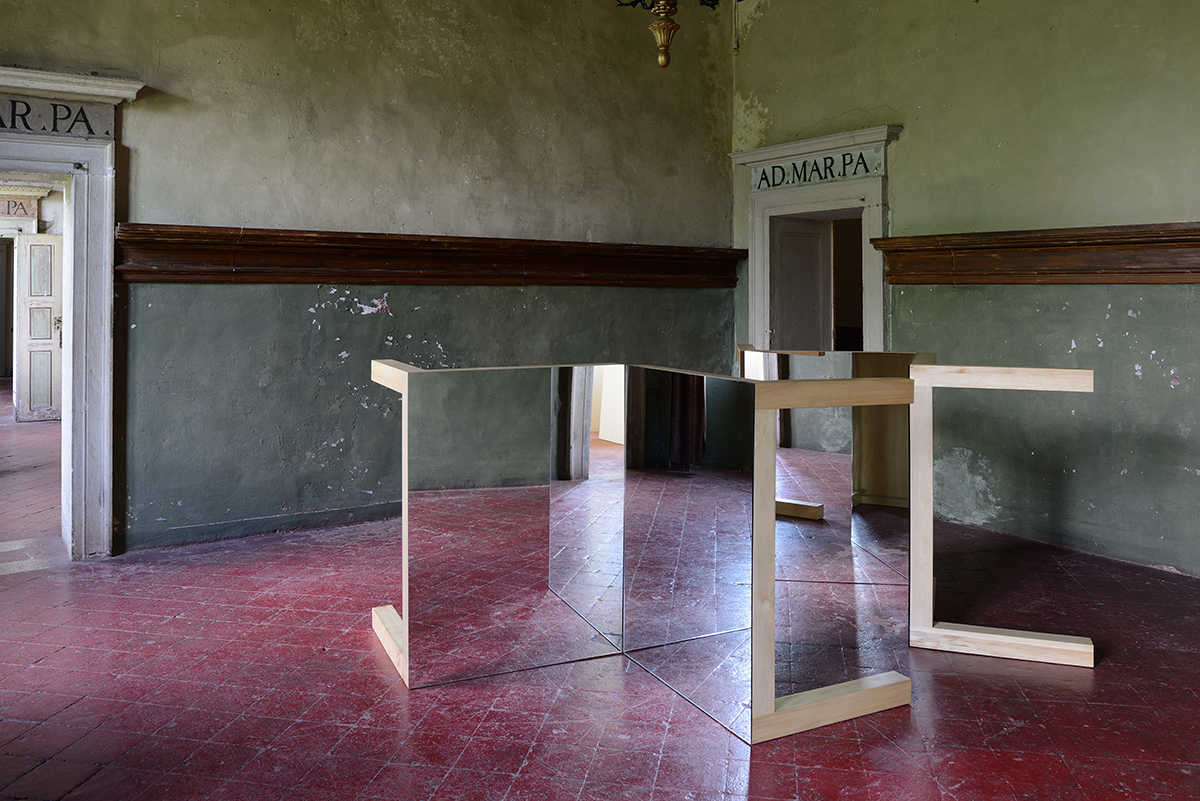 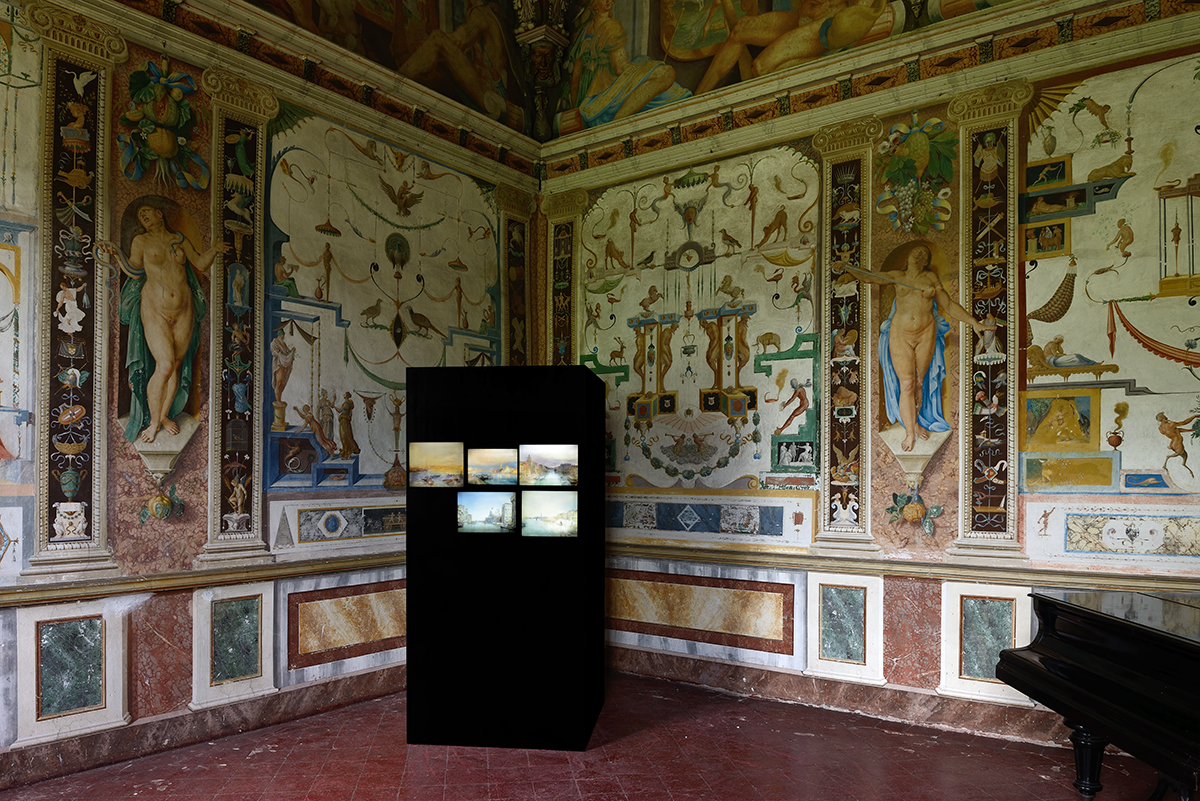 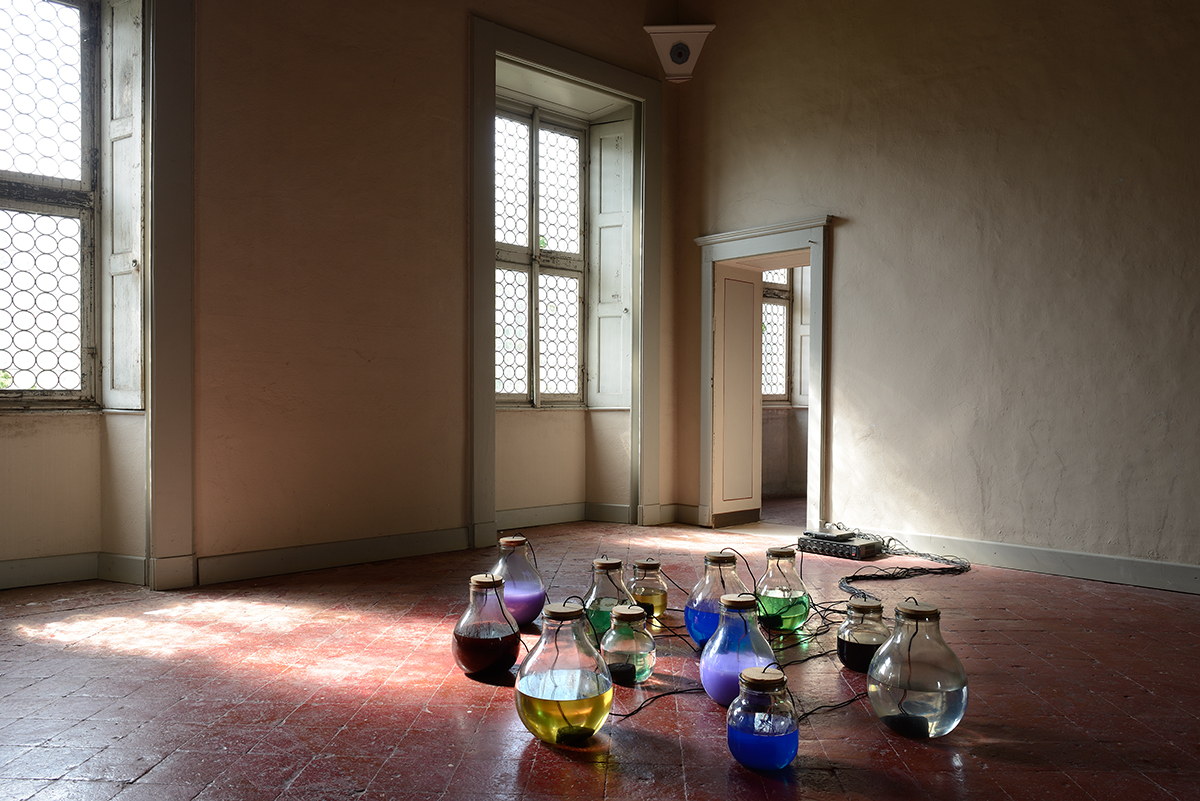 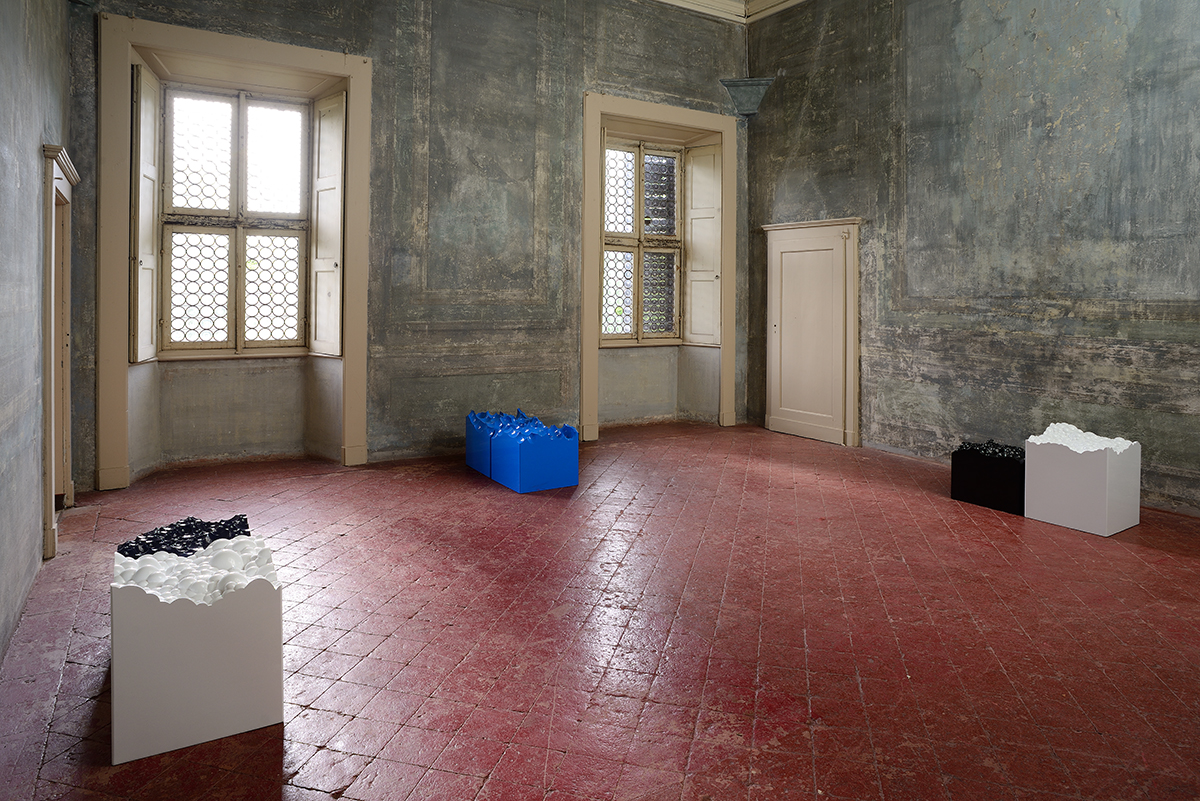 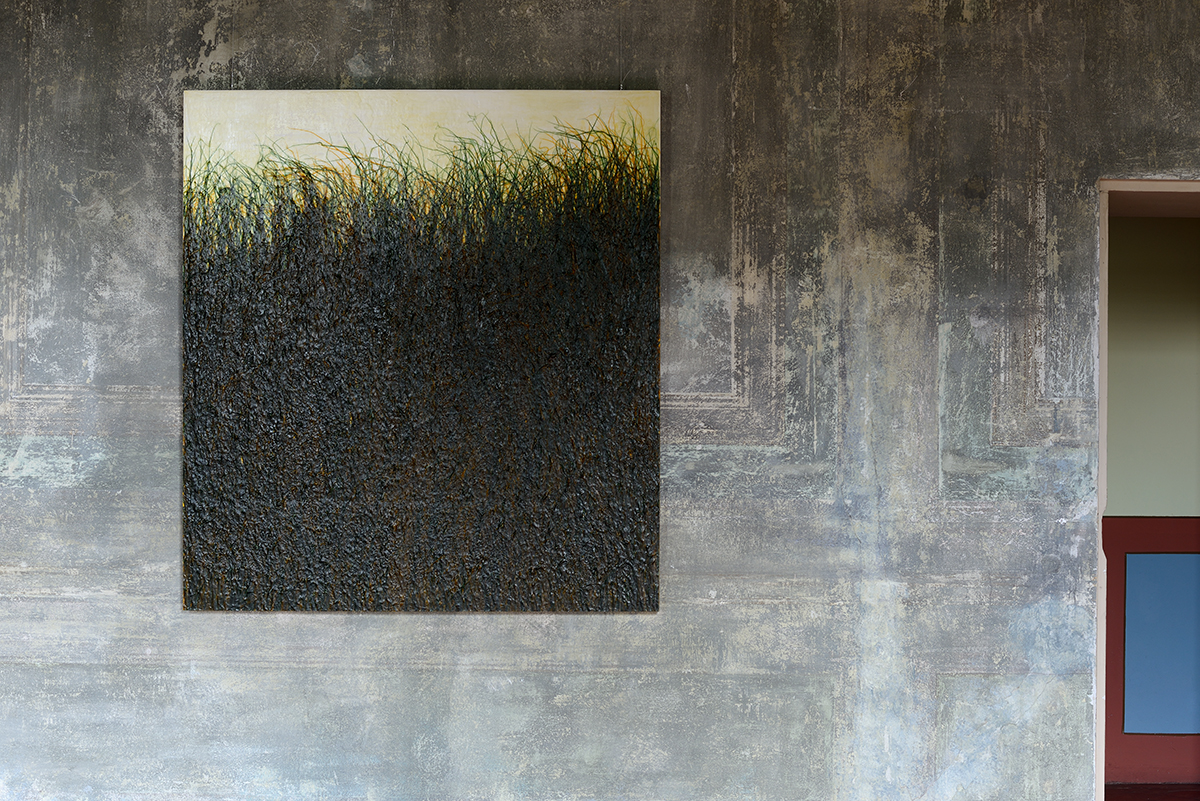 Un racconto in sei stanze is the title of a show, curated by Angela Madesani, that is to be held in Palazzo Barbò from 16 May to 17 July 2016. Taking part, with works and installations, will be eight international artists proposed by Studio la Città, Verona. This is the second time that the sixteenth century rooms of Palazzo Barbò have presented “stories” by gallery owners. The gallery proprietor, Hélène de Franchis, who over the years has organised many shows in museums and other public spaces, and who has taken part, among the first in Italy, in numerous international art fairs, explains her intervention in this fascinating Renaissance building: “ There are artists with whom I have worked for many years and others I have worked with for fewer. But their works all interest me and, for various reasons, also define the story of the gallery. For this show I decided to put large-scale installations here because there would have had no sense to place small works in it: they would have disappeared in the space. And, as the title says, this is a racconto, a story. The story of certain of my choices, of my taste, which is far removed from fashions.”

The exhibition presented installations by eight artists: Tavolo divisione e moltiplicazione Da zero all’infinito, 2004, by Michelangelo Pistoletto; Fluide propagazione alchemiche, a sound-art work by the second Italian artist in the show, Roberto Pugliese; some resin sculptures by the German artist Herbert Hamak; and a cabinet with painted terracotta birds, dealing with the theme of migration, 2015, by the late Indian artist Hema Upadhyay. By another two Indian artists, Subodh Gupta and Riyas Komu, are respectively Dubai to Mumbai, 2006-2008, a brass cart with aluminium luggage, and Benevolent Grass, 2010, a sculpture based on the idea of football, a significant common denominator in today’s society.
The American artist Jacob Hashimoto is represented by three sculptures: Positivo Negativo and Water Blocks, both from 2003, and a wall-piece, Untitled #8, 2010; all these works are based on the idea of landscape. Landscape is also at the heart of the light-boxes by the Japanese artist Hiroyuki Masuyama. His is a conceptually-based undertaking dealing with the working methods of the British artist William Turner.
The works on show are not part of the private collection of this well-known dealer: “These are works I love by artists who are part of the choices I have made and of my work. But this has not dictated the choice to exhibit them here. They are here, together with others, without any particular kind of priority. They are here because I like one near another in this particular space.”
Once again the first floor of Palazzo Barbò will be enlivened by an intense dialogue between works of contemporary art and the rooms themselves, so full of history and allusions. 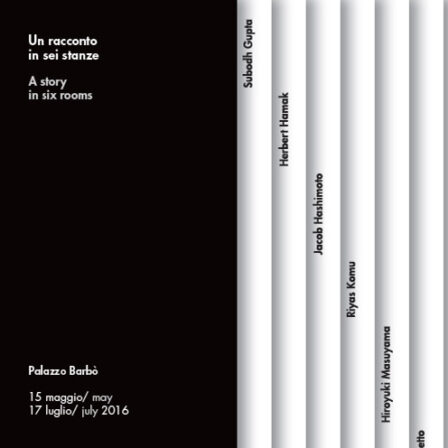