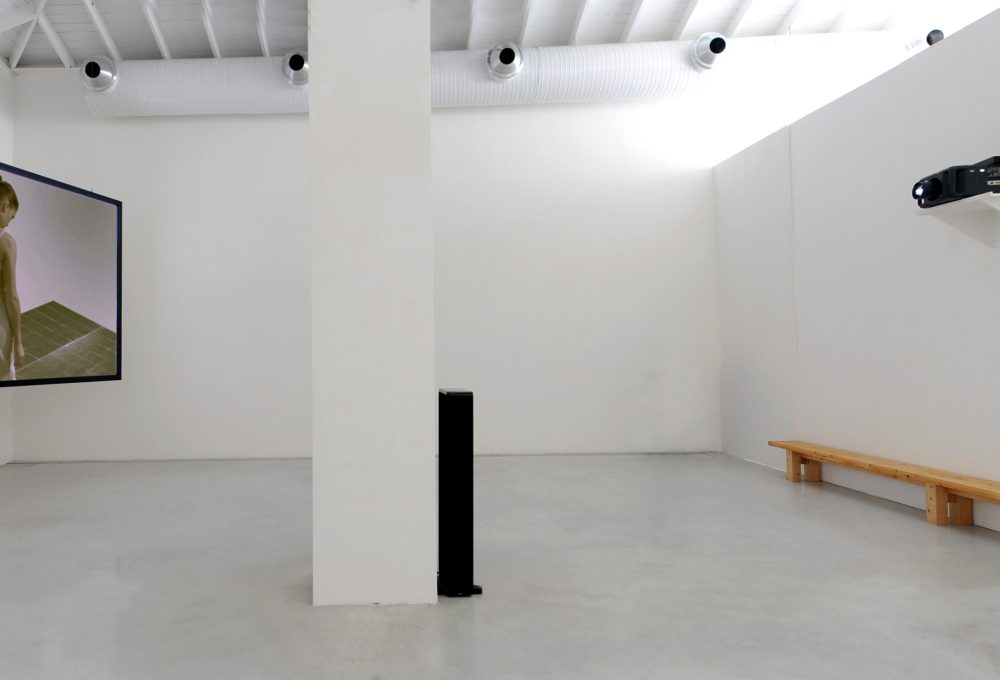 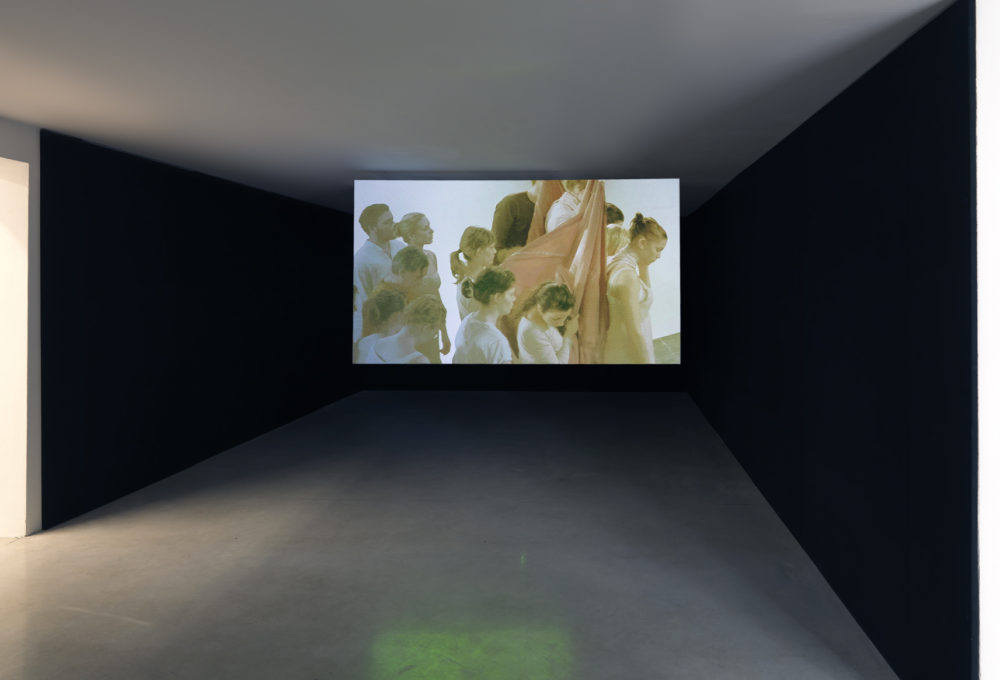 A year after presenting My Breath, Studio la Città is pleased to show for the first time in Italy Victor Alimpiev’s new video To Trample Down an Arable Land, 2009. This will be projected on two screens of different sizes: the larger, measuring five metres, will be installed in the “cathedral” room, and the smaller, measuring two metres, will be installed in the room next door. The unsynchronised projection of the same video in two distinct spaces and in different viewing conditions creates a series of conceptual visual allusions and a flow of images reverberating through the gallery’s rooms.
Once again human relationships are at the heart of this Russian artist’s interests; they are expressed through such interdisciplinary activities as dance, music, and song. This complex project lasts thirty minutes and is based on the characters of four young girls who, waving flags, guide a small group of people up a ramp. The slow and rhythmic ascent moves ahead like the tide or, as the title suggests, like a plough furrowing the earth, and each person involved becomes a part of the mechanism. As with his earlier pieces, Alimpiev’s staging is carefully worked-out and has no references to specific historical or narrative contingencies. What dominates his work are individual details: the movement of the bodies, the concentrated expressions of the faces, the ritual actions, all of which answer to the need to distil experience so that it might reveal itself to the viewer as a symbolic value, a task that only a work of art can undertake.