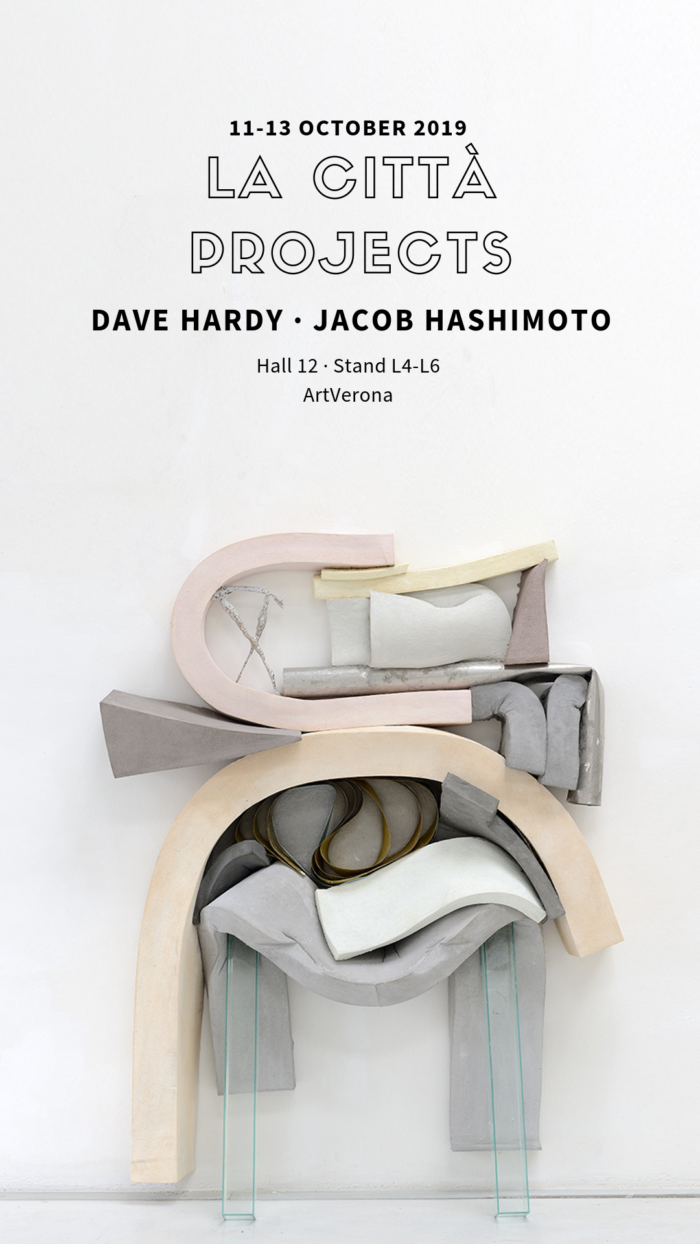 After the past participations in Arte Fiera Bologna, Studio la Città returns with la città projects for the 15th edition of ArtVerona; a project that began from an idea by Hélène de Franchis. The project evokes, even in its logo, the very beginnings of the gallery, as well as wishing to concretise its initial interest, typical of the 1970s, in new and important exhibition projects. The protagonists of the stand will be the two Americans: Jacob Hashimoto and Dave Hardy.