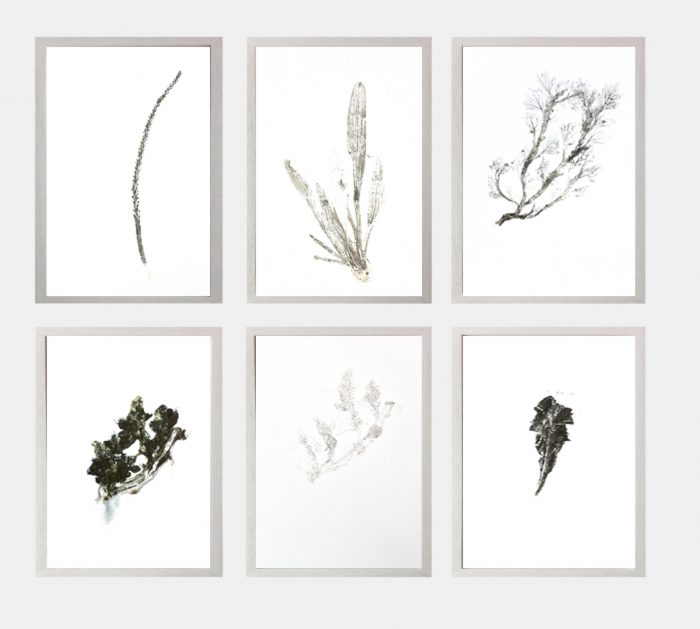 The show Antenati Foreste by Giorgia Severi at Essse Caffè in Bologna has been extended until 30 June 2018.
The works Romagna Plain #2 are a new addition to the show: a series of works that investigate the parallel and migratory landscape, where different species of plants testimony the colonization and history of the places where humans – moving overseas with vegetables, animals and fodder from their homeland – contaminated the biodiversity of the terra australis. In this series of works, different plants called “invasive, adventitious or colonizing” have been selected in order to prove their existence in Italy and Australia after the relocation of Europeans.
The medicinal and edible plants like dandelion, sonchus, chenopodium, sambucus, malva, etc. can be found in both countries and created a parallel landscape that recount migration. To prove the existence of a parallel landscape, the first contact prints were produced in Emilia Romagna in 2016; after a few months, other contact prints were produced, with the very same species found in Australia and Sydney.