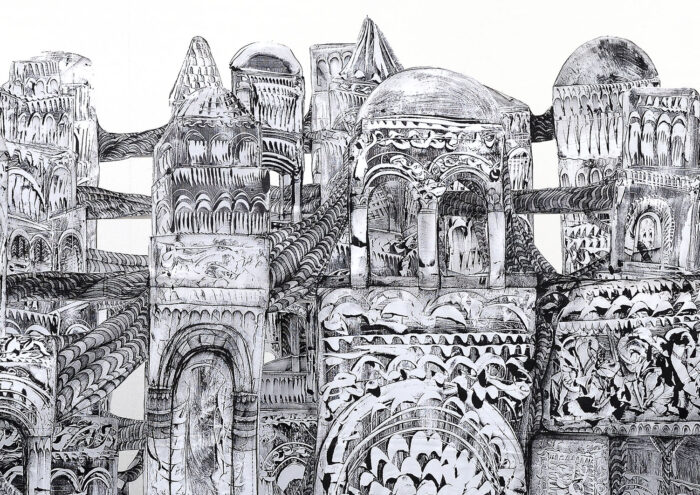 Following the success of Tower (a site-specific installation) and Floating Worlds (a solo show held on the occasion of the 16th edition of ArtVerona), Syrian artist Kevork Mourad returns to Studio la Città with an exhibition that fully presents his artistic production: from large-scale scenographic works to smaller three-dimensional fabric works. THE TIES THAT BIND US, opening December 11, 2021 at 11 A.M. (rsvp and Green Pass required). Until February 5, 2022.

Mourad, who has been living and working in New York for a several years now, was born in Qamishli, a town in north-eastern Syria, from Armenian parents. His origins play a fundamental role in his poetry, which is intimately linked to the beauty as well as the tragedy, of those places steeped in culture but also devastated by centuries of war.