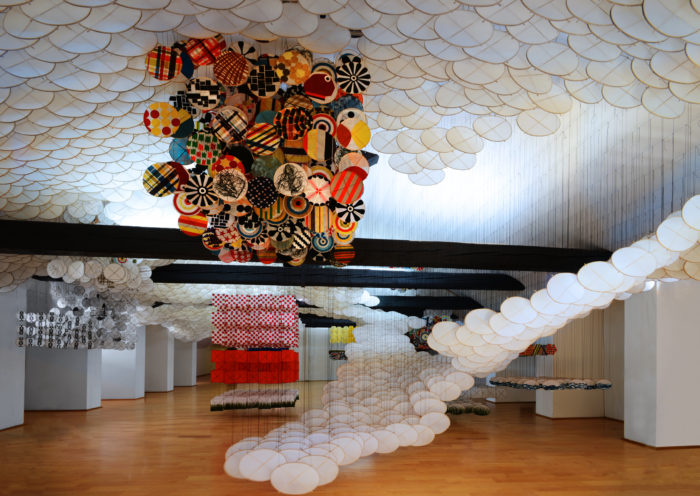 The Gas Giant installation by Jacob Hashimoto appears in the ranking of the 100 key art of the 2010s, published by Artnet!
Gas Giant was exhibited in 2013 in a solo show organized by Studio la Città on the fourth floor of the Querini Stampalia Foundation in Venice, in the space recently renovated by Mario Botta.

As Ben Davis writes in his article on Artnet: Gas Giant is actually the name of a trio of installations by Hashimoto, made between 2012 and 2013, making spectacular use of Japanese kite-making techniques. The installation is memorably delightful, a fresh kind of kinetic abstraction.