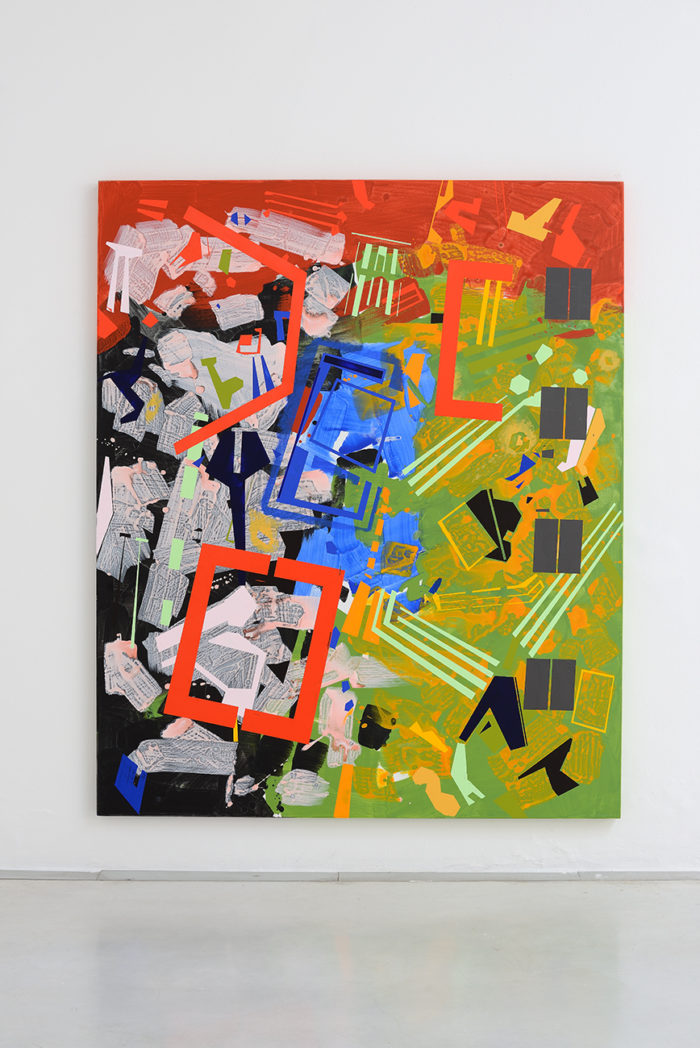 Studio la Città, together with the Rizzuto Gallery, Palermo, opens its 2019-20 series of exhibitions with a solo show by Lucio Pozzi.

Pozzi was born in Milan in 1935. After having lived for some years in Rome, he moved to the United States in 1962 and became an American citizen. He was greatly impressed by Pop Art and Mark Rothko, influences that are still to be seen in his work. Today the artist shares his time between Hudson, a town to the north of New York, and Valeggio sul Mincio, a village between Verona and Mantua, which is the source of most of the works on show.

The installation in the rooms of Studio la Città is mostly taken up by one series in particular: the Scatter Group Paintings, from which the whole show takes its name. These are large-scale acrylics on canvas in which Pozzi concentrates greatly on the texture, and transforms his thoughts into actions on the canvas: here the stratification of the various layers of colour can be read as a kind of archaeological scan by the viewers.