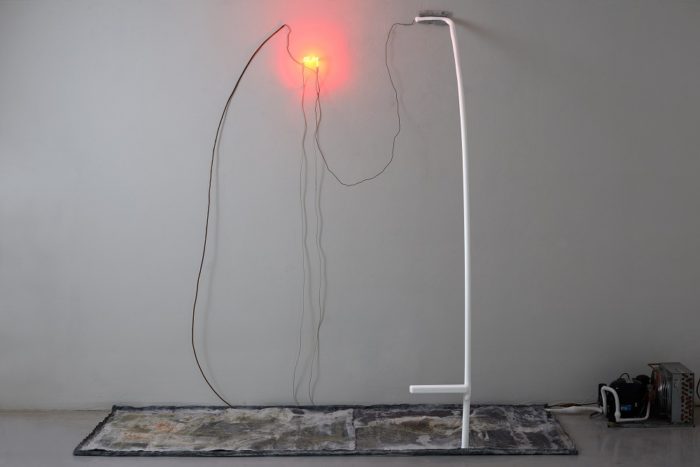 GAMeC presents Nothing is Lost. Art and Matter in Transformation, curated by Anna Daneri and Lorenzo Giusti. The show is the second chapter in the Trilogy of Matter, a long-term exhibition project begun in October 2018 with the exhibition Black Hole. Art and Materiality from Informal to Invisible.

The project involves art historians, curators, philosophers, and scientists, and addresses a transversal debate around the theme of matter, while at the same time activating a dialogue with the history of scientific discoveries and drawing a comparison with the development of aesthetic theories. Among the works on display also the piece Untitled – Gesti, 1969 by Pierpaolo Calzolari, loaned by Studio la Città. Until February 13, 2022