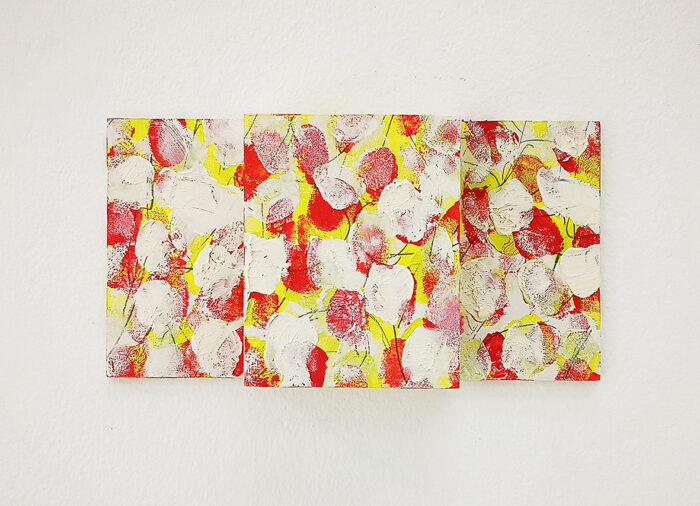 Studio la Città inaugurates the exhibition Art Attack/Unfolded on Saturday, June 11, 2022, presenting a series of new works by Stuart Arends, realized for this exhibition. Until September 10, 2022.

Arends returns to that original form and imbues it with a renewed energy. He opens the boxe’s edges in a new way and gives a fresh twist to the boxes, now dotted with fingerprints and with glimpses of words appearing under the paint. The same words that bestow the works of a title.

The term Art Attack, also featured in the title of the solo show, refers to the second series of unpublished pieces presented in the exhibition: 10 works on paper. The supports for these are announcements from an exhibition at the Craig Cornelius Gallery in New York, in 1994. Arends intervened on these postcards, which are very dear to him, with flashe painting, pencil, and ink in the attempt to leave a tangible sign, recalling and paying homage to gestural art through the use of fingerprints, which were commonly used as images in the art of that period.